from now through may 5th 2017, carpenters workshop gallery’s london venue hosts an exhibition of australian designer charles trevelyan’s work, showing the full range of his oeuvre. comprising both retrospective and new work, ‘aspects’ spotlights trevelyan’s close collaboration with the gallery over the last ten years.

just outside of paris, carpenters workshop gallery opened ‘roissy’ in 2015 — an 8,000 square meter research and development center in homage to french ‘arts décoratifs’. together with this unique institution, trevelyan worked with a team of artisans on the distinct finishing of his limited-edition pieces. 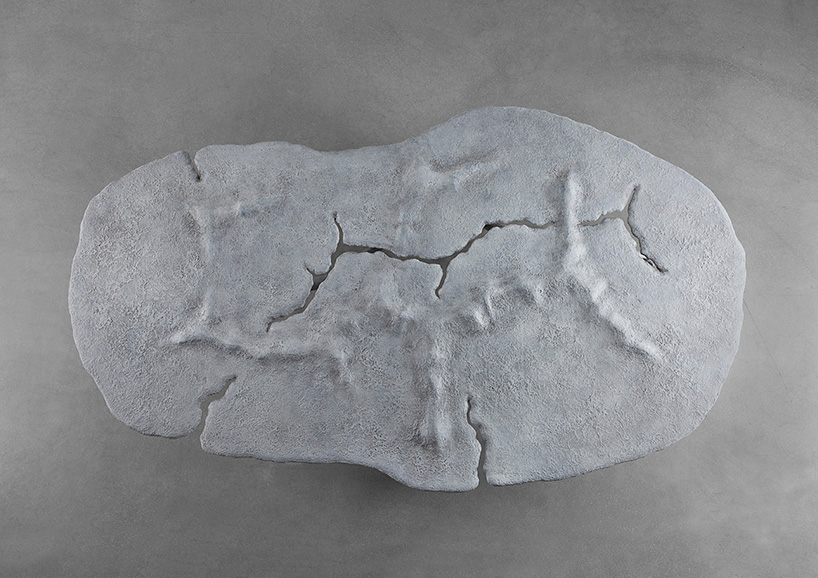 trevelyan’s ‘patination fascination’ is seen across his ‘stance’, ‘tripartite’, and ‘supine’ series. the designer worked alongside a team of artisans at carpenters workshop gallery’s roissy center, using a time-intensive technique known as patination to create a distinct finishing on the objects. the process involves painting chemicals onto the surface of bronze and quickly applying a blowtorch. together with the strong heat, the chemical combination completely alters the appearance of the bronze surface, creating a variety of colors and textures that trevelyan adopts across his work. 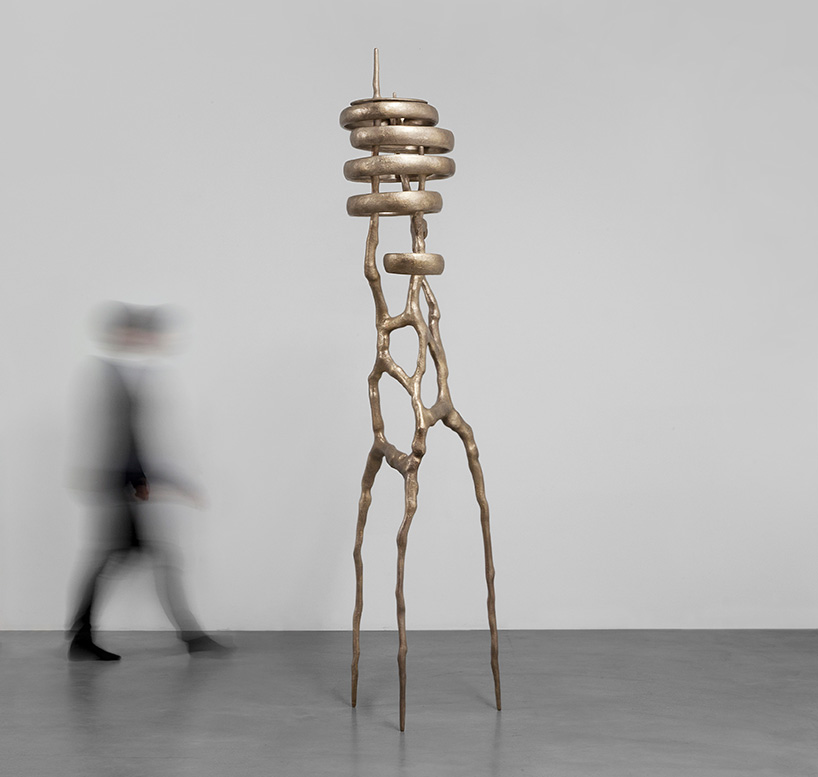 presented as part of the exhibition ‘aspects’ are pieces from trevelyan’s stance’, ‘tripartite’, and ‘supine’ series. ‘stance’ is a collection of side tables that feature a sculptural framework reminiscent of trees and roots. each object has its own unique outer texture, forming both a functional piece and an artistic engagement. the series of ‘tripartite’ luminaries are just taller than human-sized lamps and feature bronze and patinated bronze pieces, which allow light to play off of the surface’s varying finishes. ‘supine’ is a desk whose legs are organically shaped like roots. meaning ‘facing upwards’, the piece instead draws the viewer’s gaze down at its supports, which take on a wild life of their own. 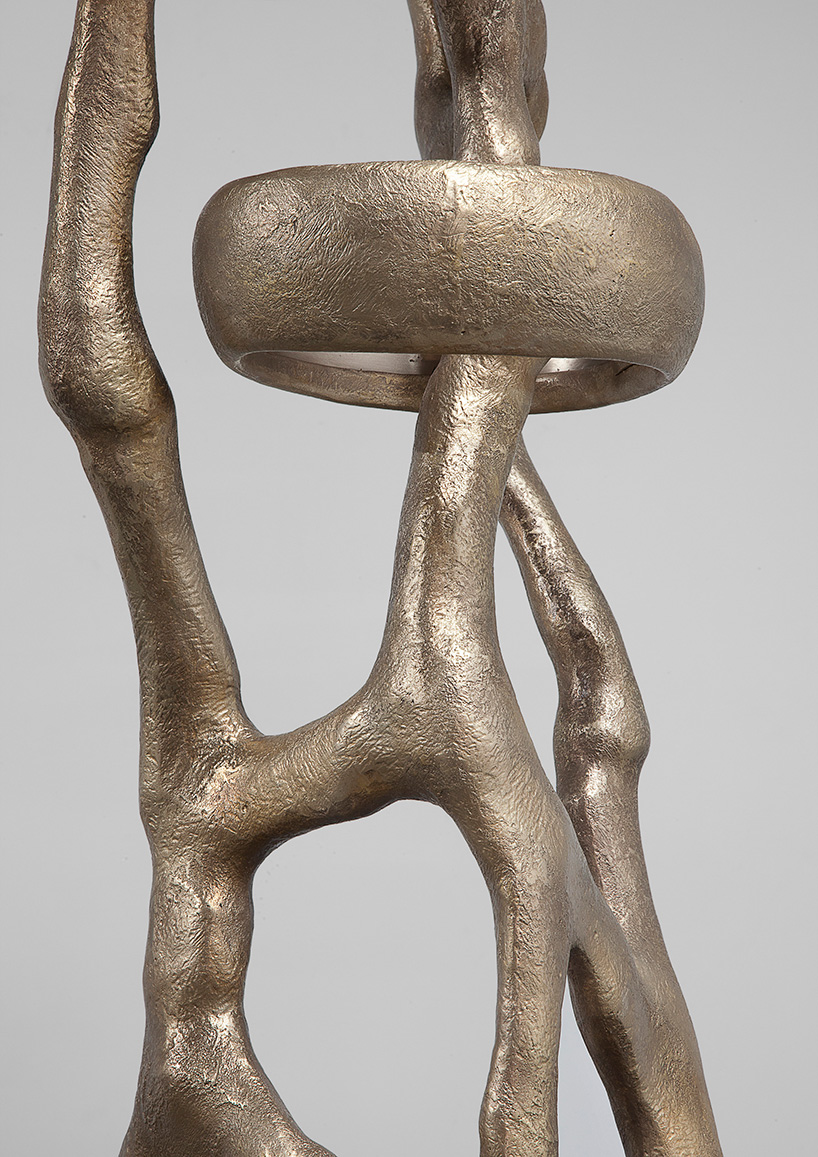 on the level, detail 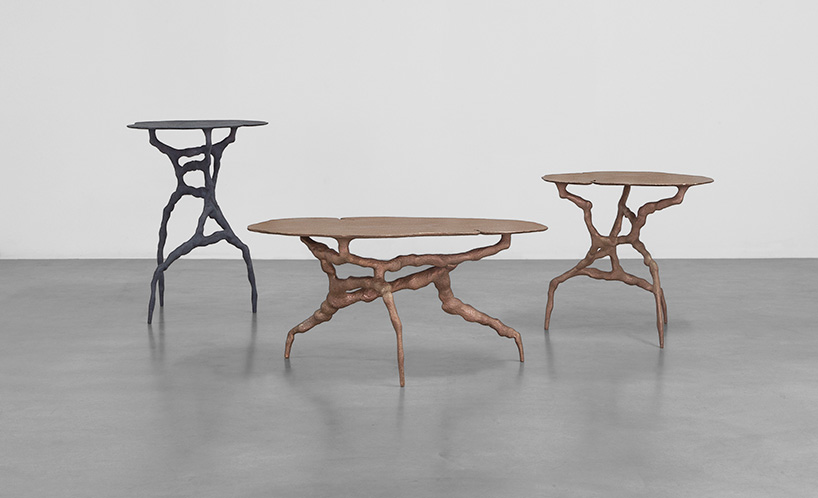 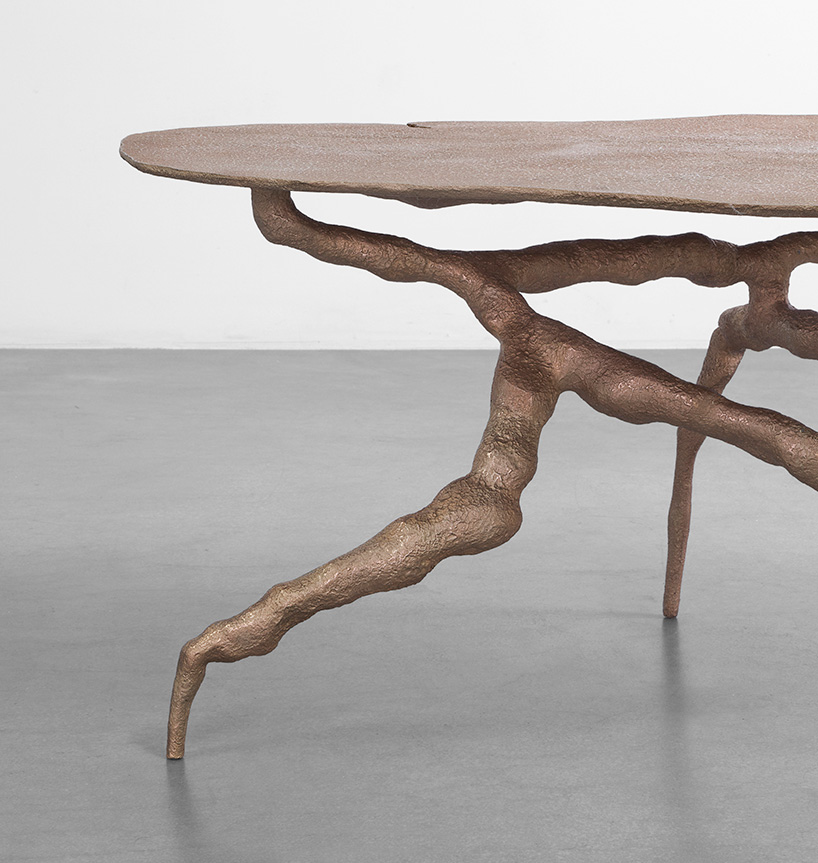 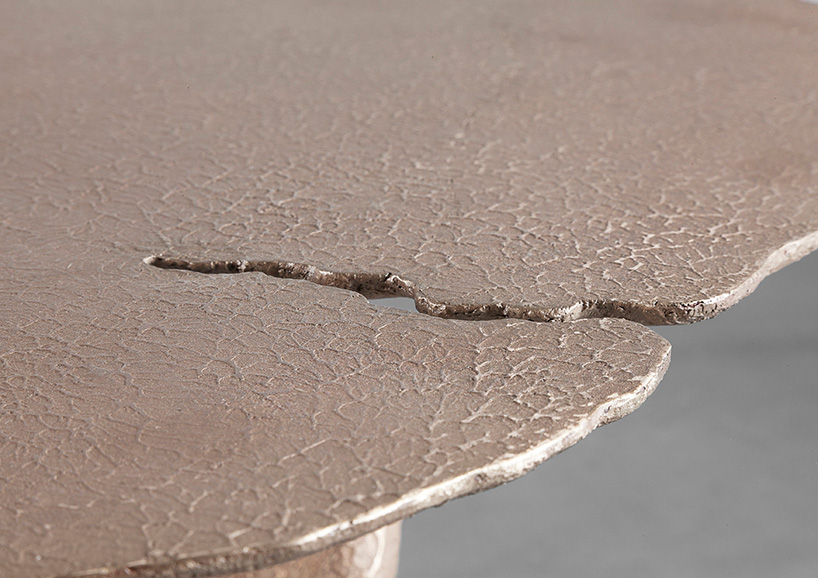 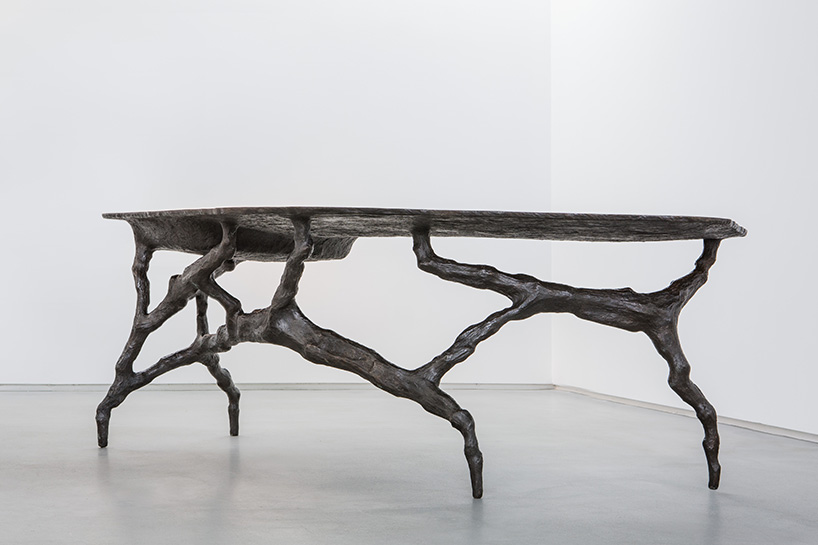 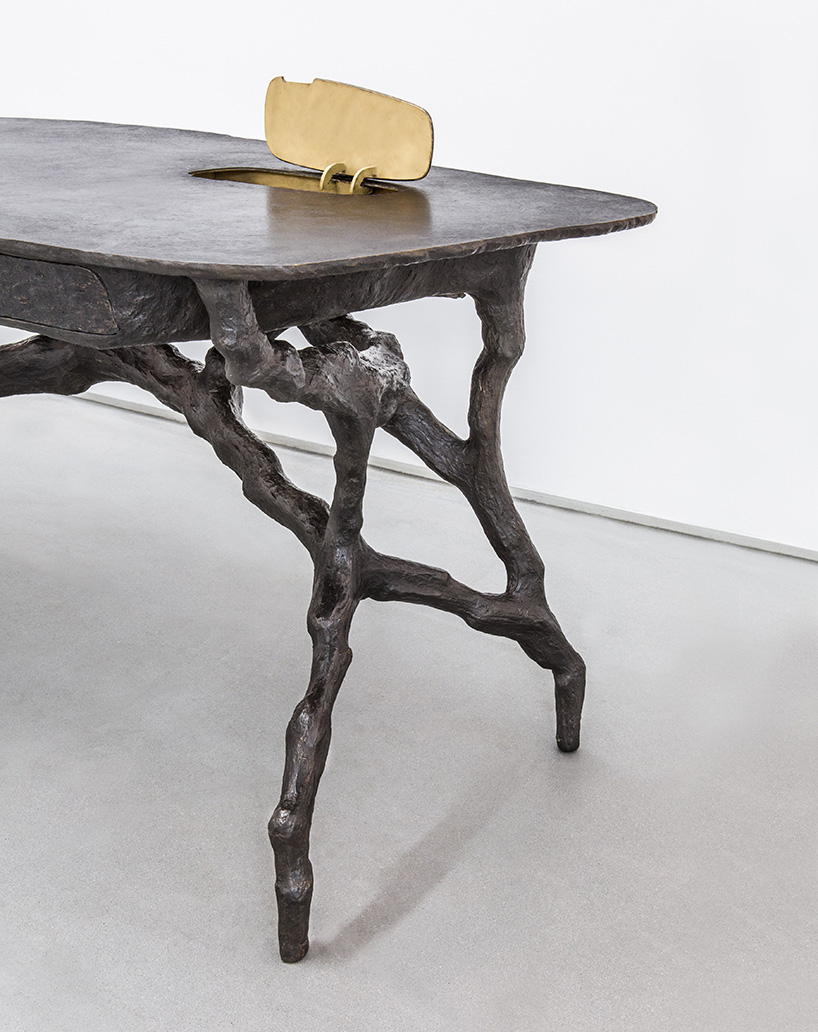 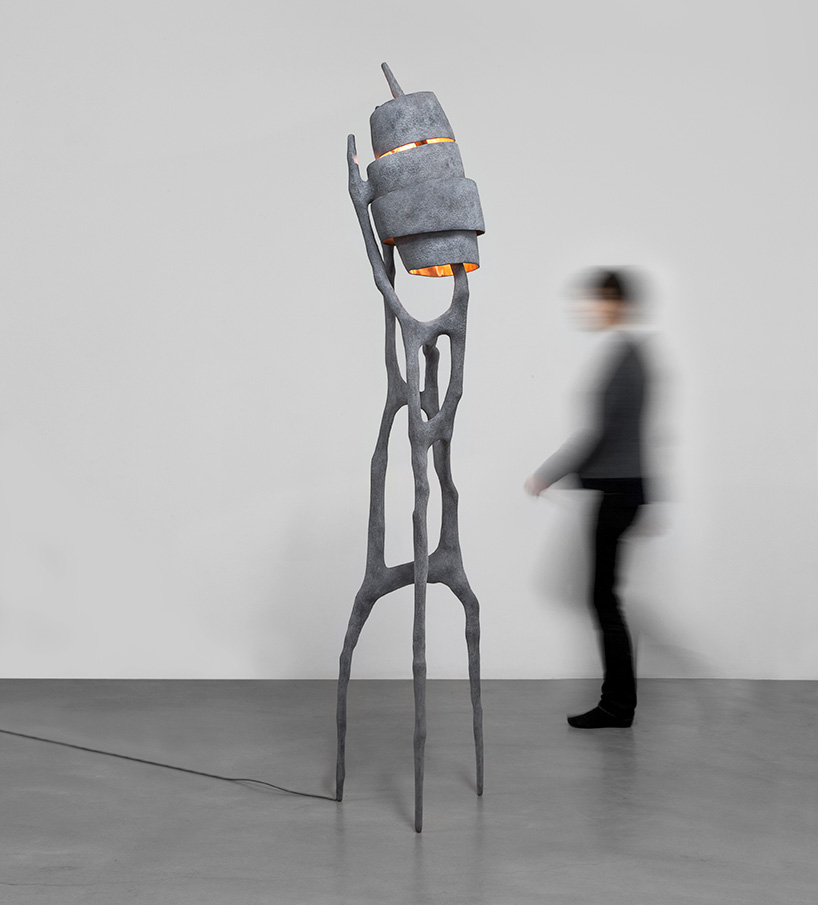 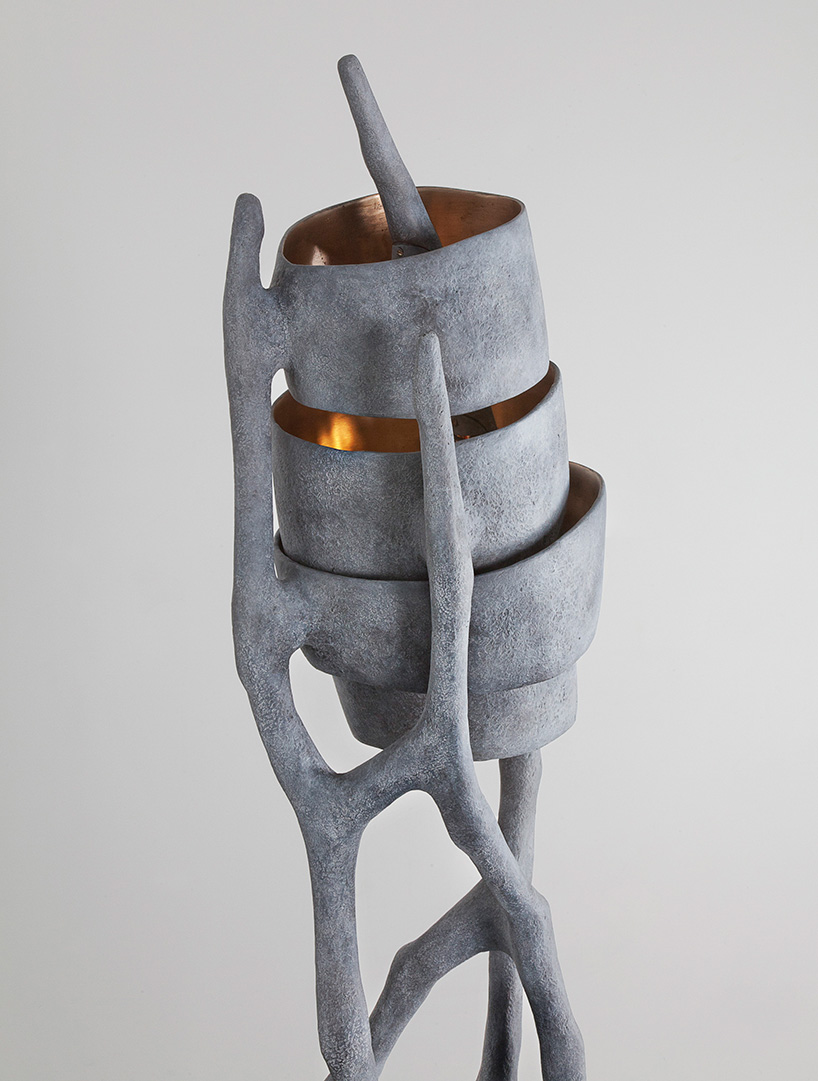 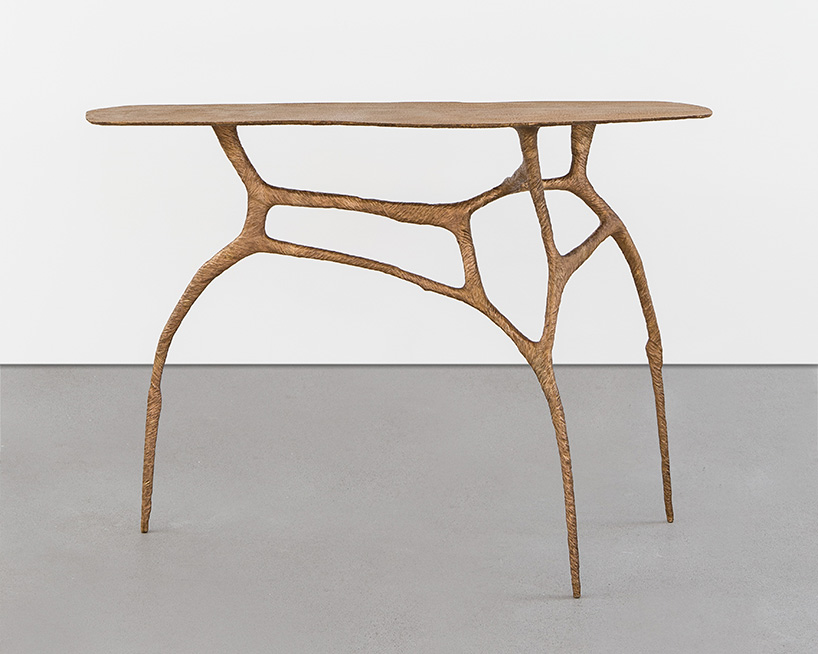 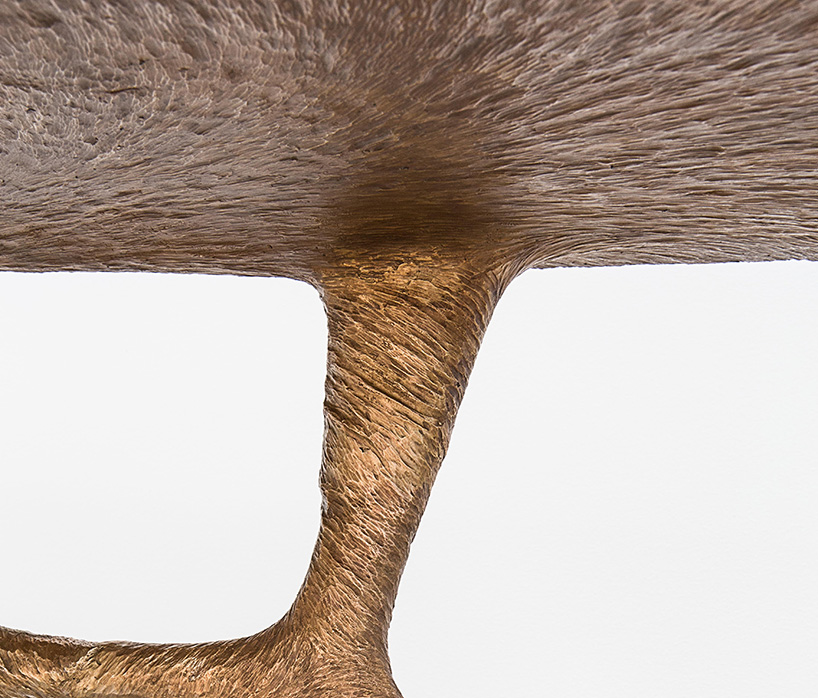 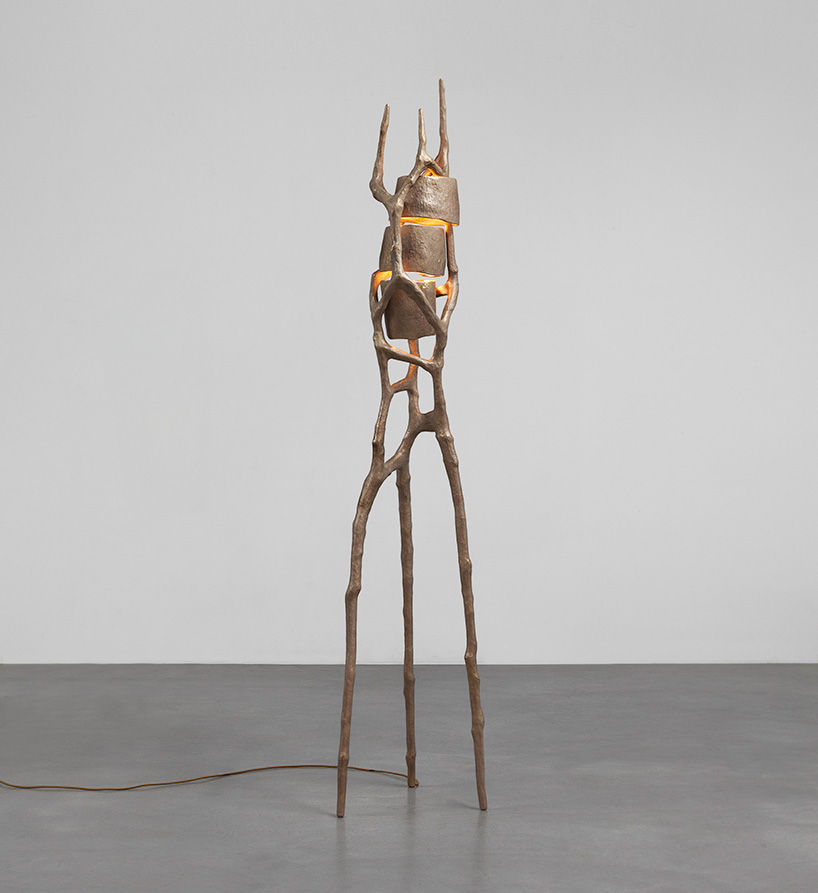 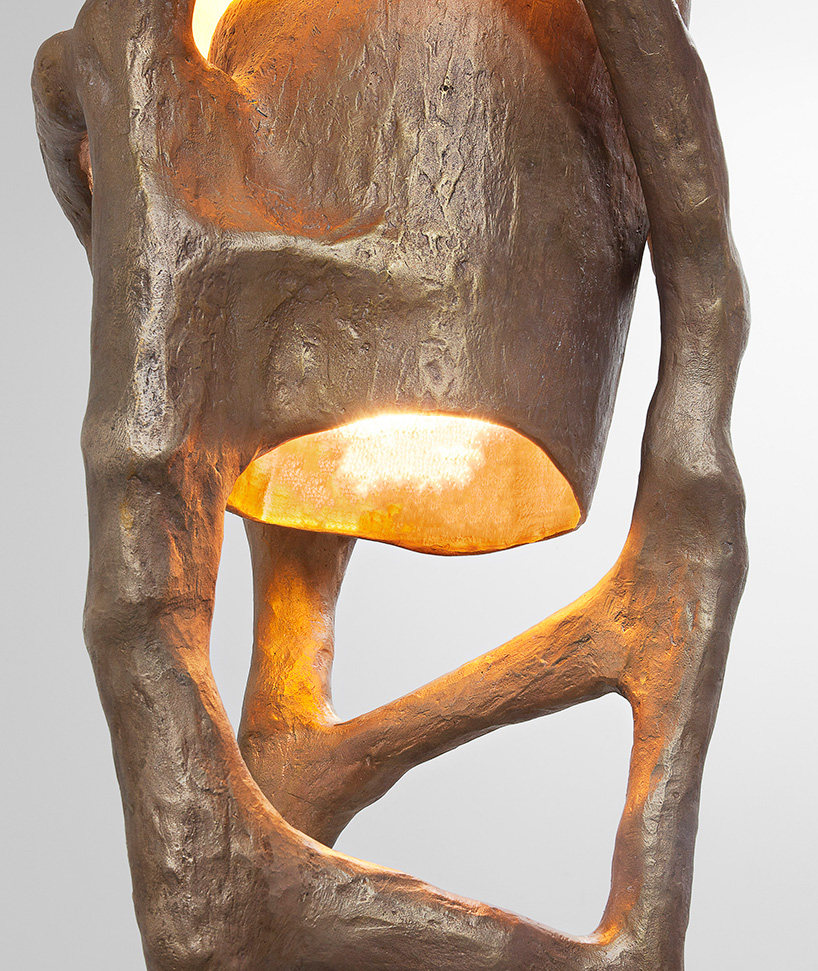 between the lines, detail