milan design week 2017:  london-based child studio presents a collection of sculptural lighting objects that play with the illusion of movement, the perception of reality and fantasy. the creations are set to be exhibited in an unassuming location of a historical family-run flower shop ’ditta angelo radaelli’ in milan’s brera district. 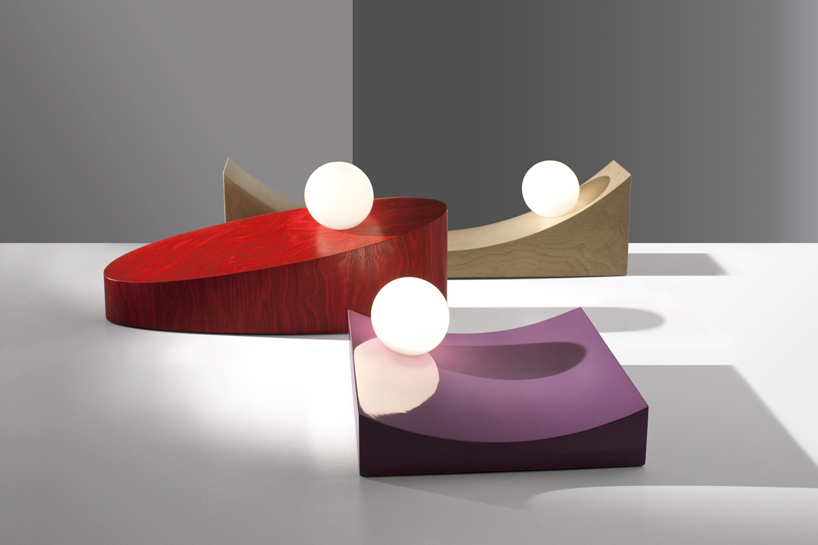 child studio has crafted a series of glowing glass spheres that appear to be rolling and sliding from the top of slanted geometric plinths, captured at a point of subtle balance as if frozen in time. when viewed from different angles, the object’s shapes appear to change — creating beyond real three-dimensional effects that build a sense of anticipation and suspense. 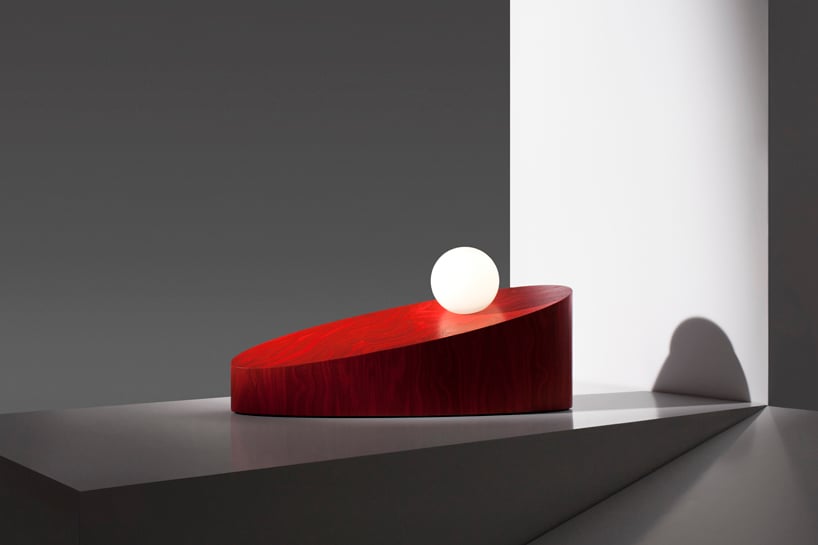 the collection creates the illusion of movement, exploring the perception of reality and fantasy

this project draws on a range of references from the metaphysical paintings of giorgio de chirico to architectural landscapes of aldo rossi. the ambiguous scale and striking silhouettes of the pieces give them an architectural quality. one of the central inspirations for this collection is the visual language of theatre director robert wilson and his approach to movement and stillness, moment and infinity. the project invites the viewer to pause and to reflect on their perception of time within the physical environment. 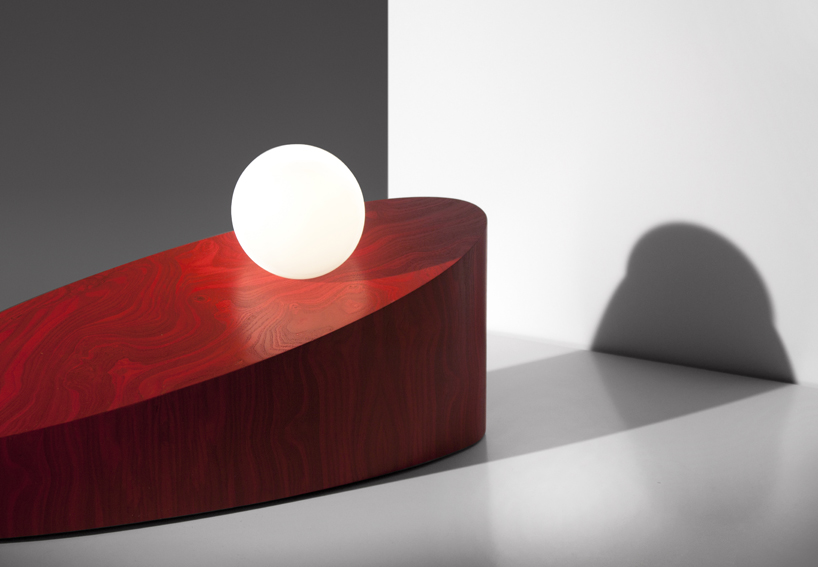 the surreal and whimsical nature of the collection is also reflected in the materiality of the objects: each piece is an experiment with various guises of ash wood, including coloured staining and gloss lacquering. the figured wood texture in vibrant colours starts to look like marble or a bizarre digital pattern. 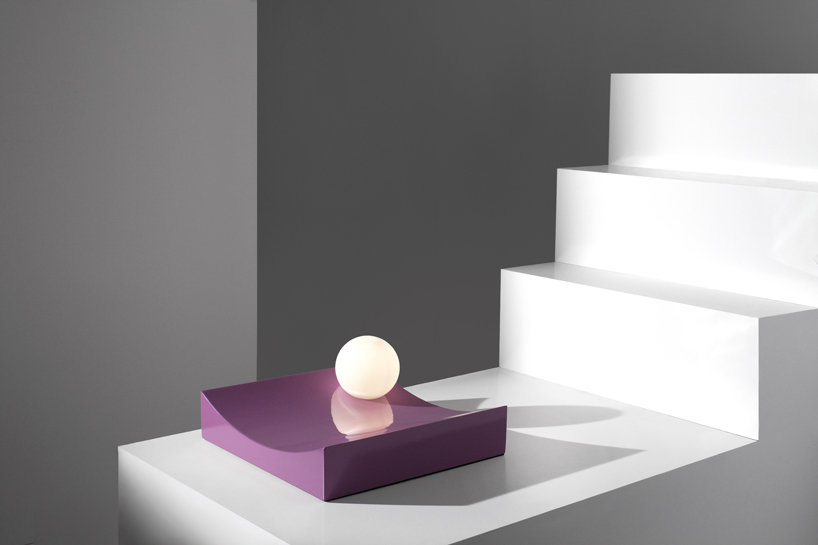 the lights appear to be rolling down sculptural geometric plinths 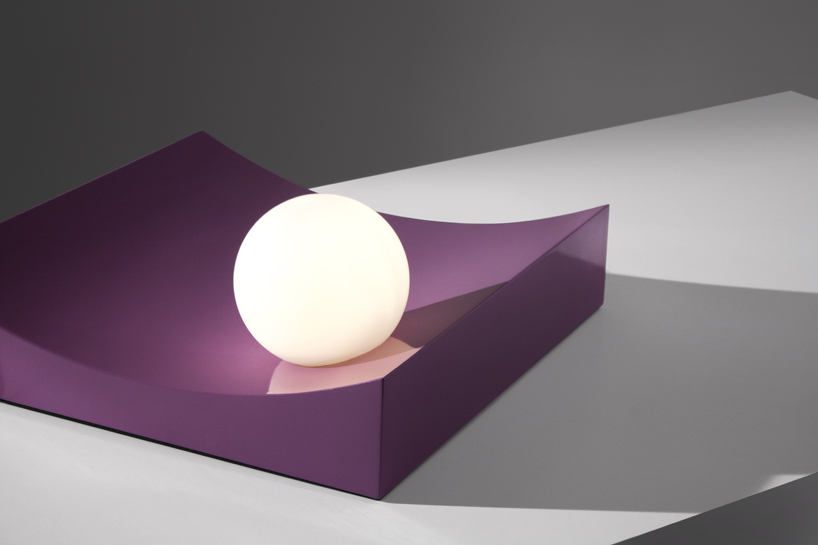 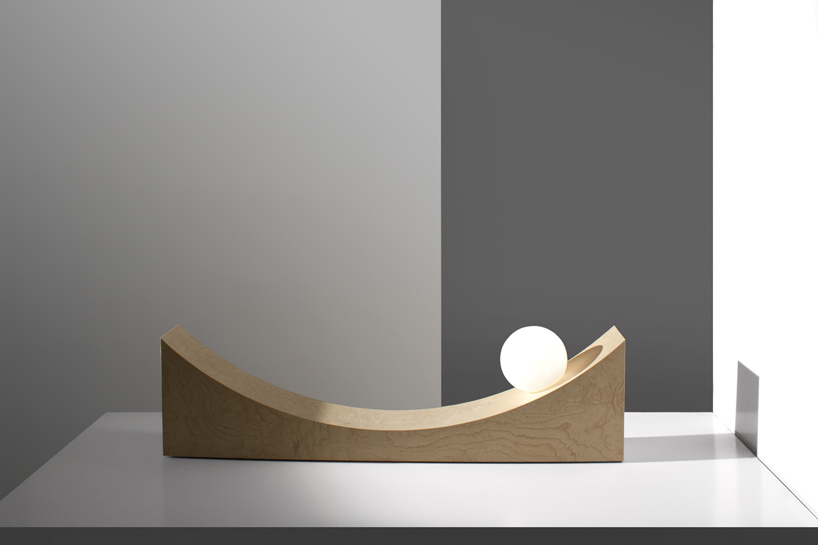 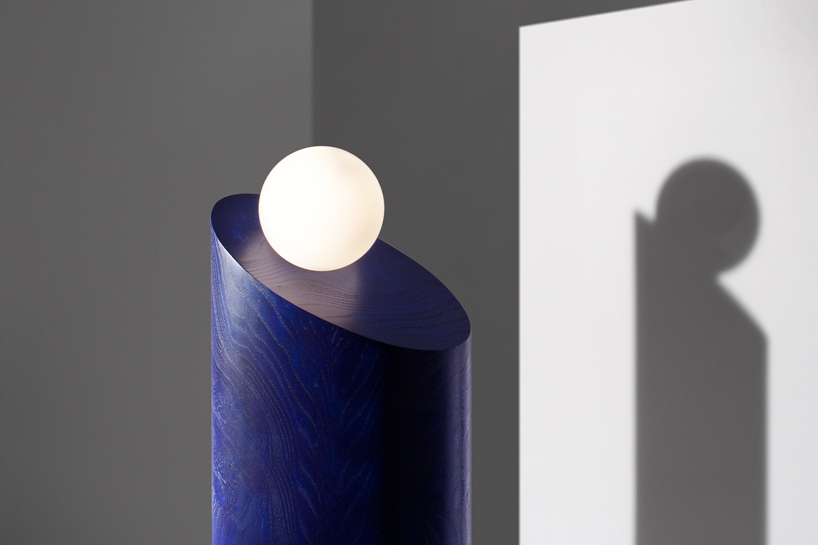 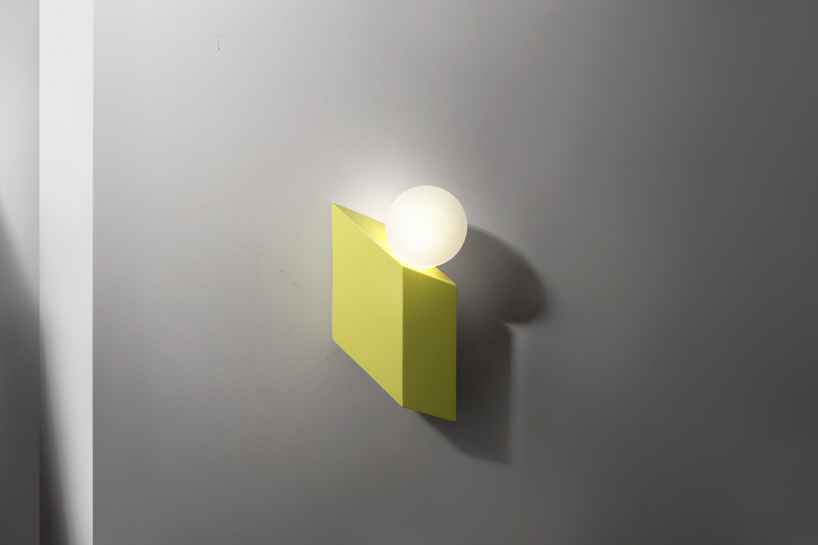 the precarious shapes create a sense of anticipation and suspense 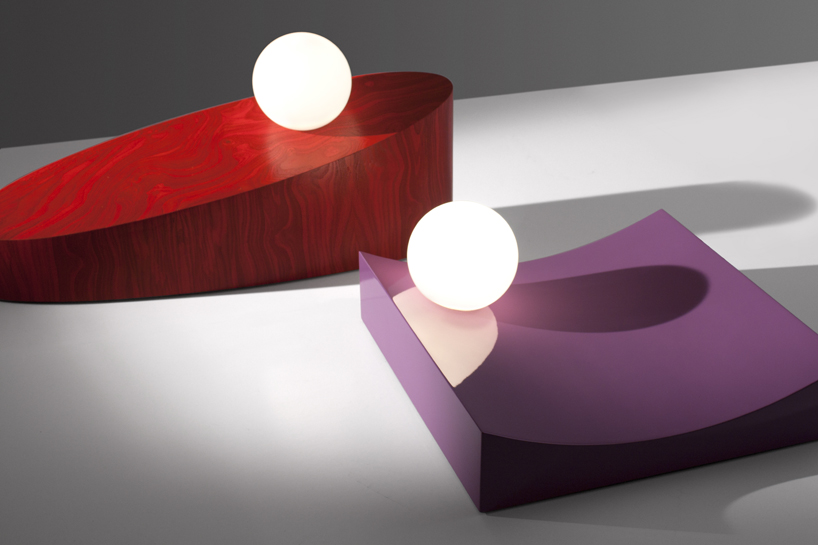 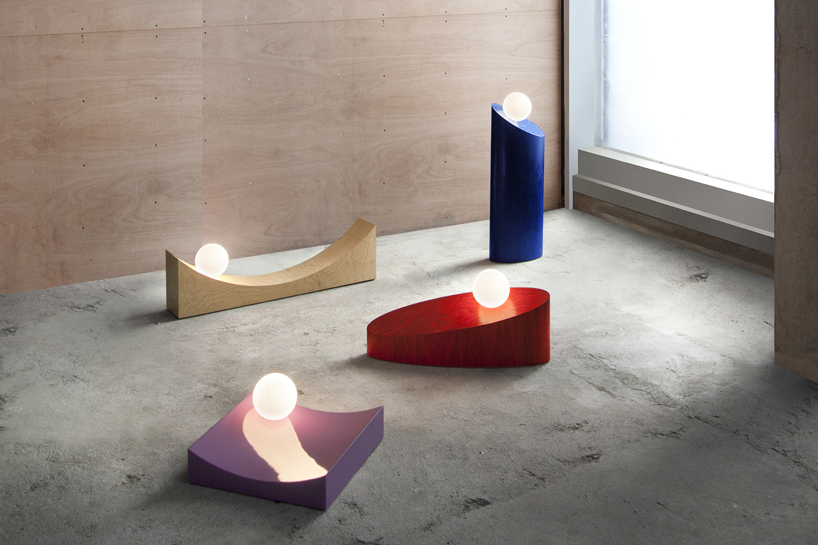 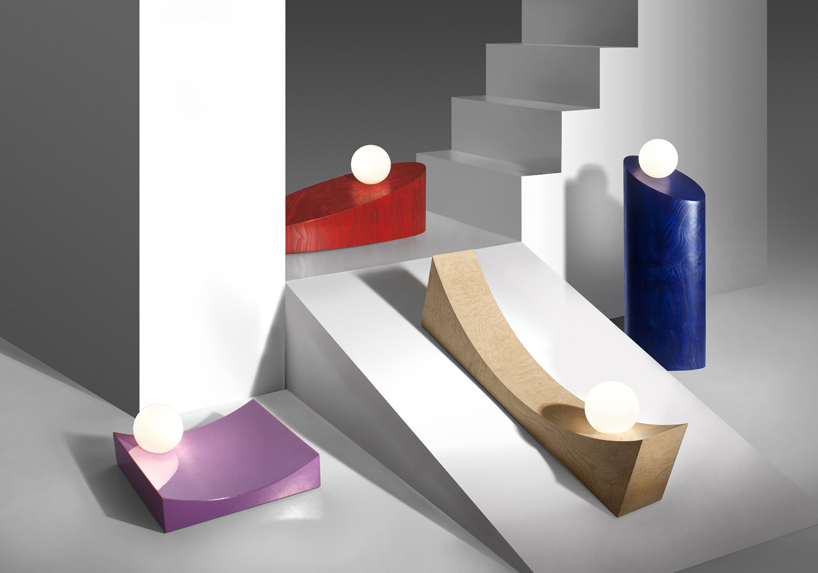