designed and handmade by themselves, these children at a primary school in hangzhou have come up with an inventive way to make sure they social-distance from their classmates. essentially creating a one-meter zone around them, the ‘wings’ of the hats makes reference to an ancient design worn by song dynasty emperors hundreds of years ago. colored and decorated with the pupil’s individual personality, the photos taken from the school show a fun and accessible way for the kids to learn how to help stop the spread of COVID-19. 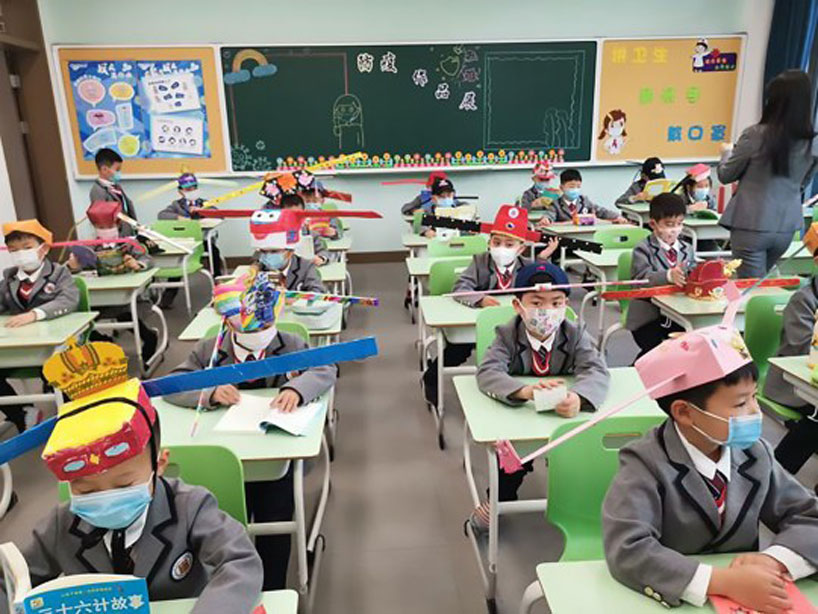 as lockdown measures lift in china, many people are getting used to a ‘new normal’. with the wearing of facemasks and prudent hand-sanitizing now routine, these hats are teaching the schoolchildren the importance of social-distancing in a much more kid-friendly approach. in addition to the hats, the school has also adopted helpful footprint markers to show the children where to stand as they line up for class. 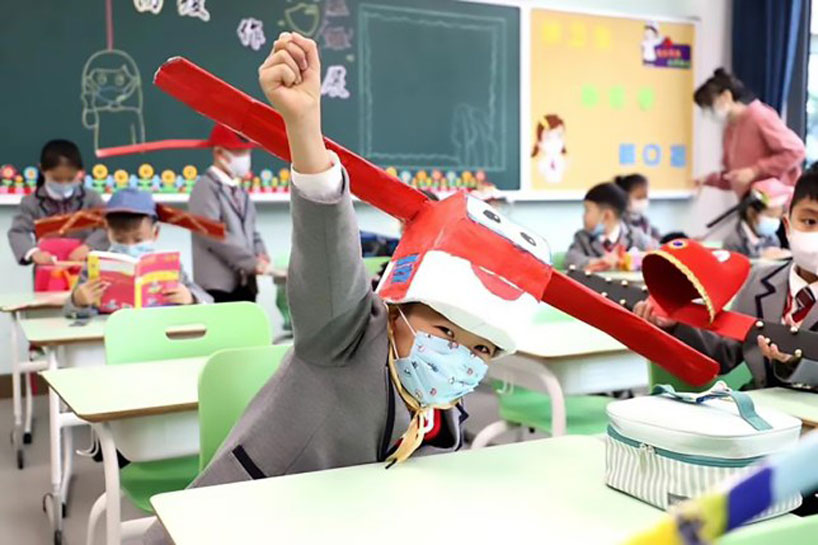 with their long extensions, the hats are reminiscent of the eye-catching headpieces that used to be worn by emperors and officials of the song dynasty, which ruled china from 960 until 1279. the exact reason for the long wings are still debated, with one legend stating that the hats were meant to stop courtiers whispering or chit-chatting among themselves. however, there are also many depictions of the song emperors wearing the curious headgear. what we can be sure of is that the design from centuries ago has served as the perfect inspiration for these schoolchildren fighting against COVID-19 in 2020. 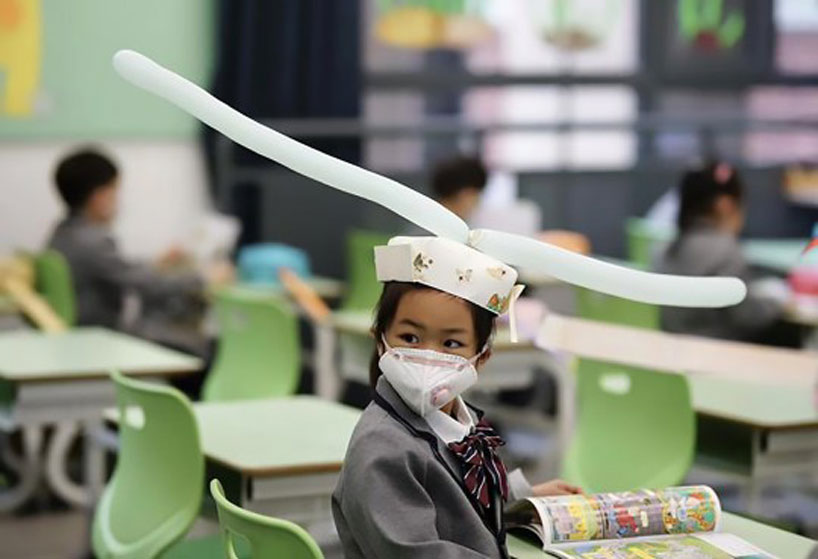 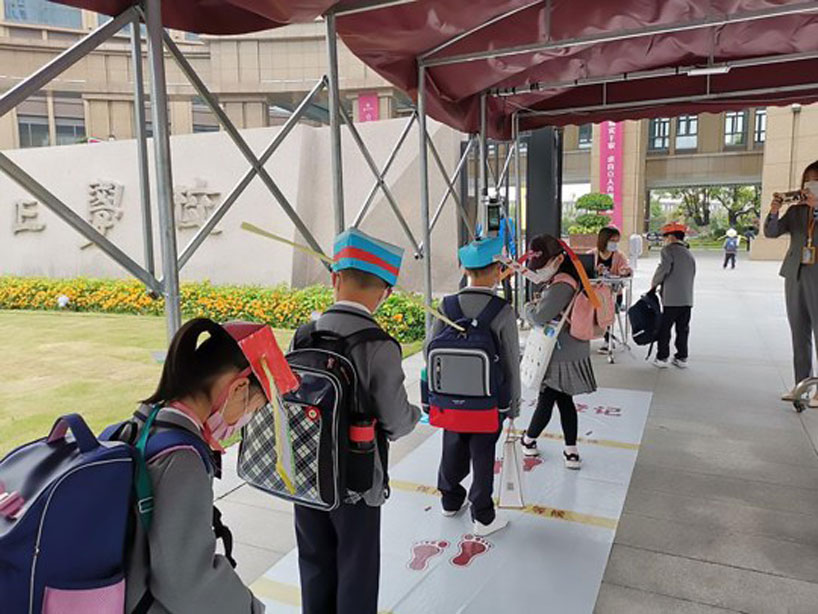 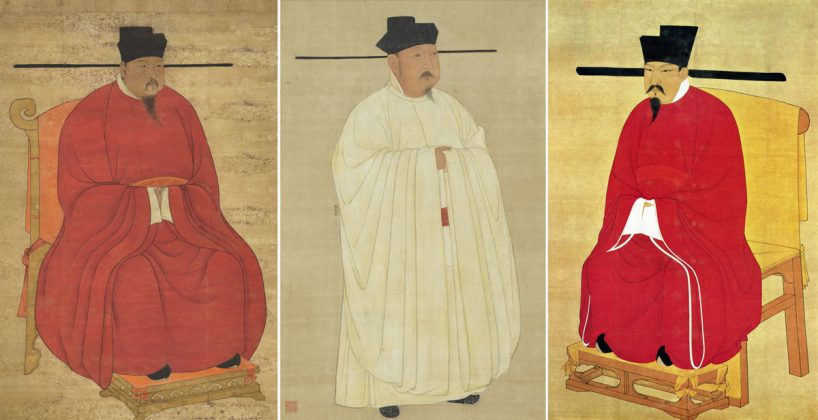 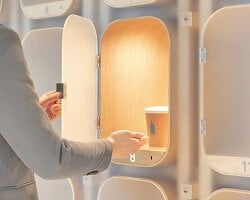