named after new york’s bustling canal street area and based in los angeles, chinatown market is a streetwear-influenced brand and community. known for bringing back the humble yellow smiley face and founded by mike cherman, the brand has unveiled its first in-house sneaker — their take on hotel slippers, taking away from this object the disposable side of it while giving us a new shoe to work from home. 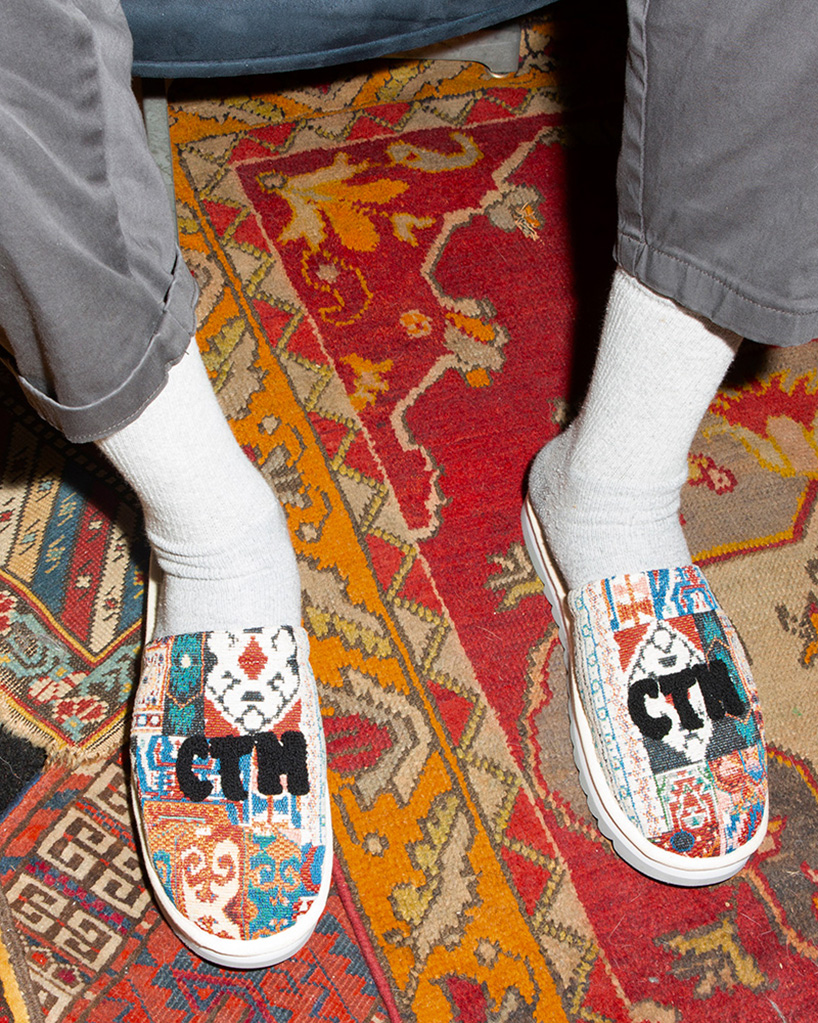 the chinatown market’s hotel slippers were inspired by cherman’s devotion to rugs. ‘in the four years I’ve been collecting antique rugs, I’ve never gotten tired of the detailing and artisan execution throughout each piece,’ chinatown market founder mike cherman told highsnobiety. ‘for me this project is chinatown’s way of honoring those colors and stories to create a piece that goes deeper than just a silhouette.’ 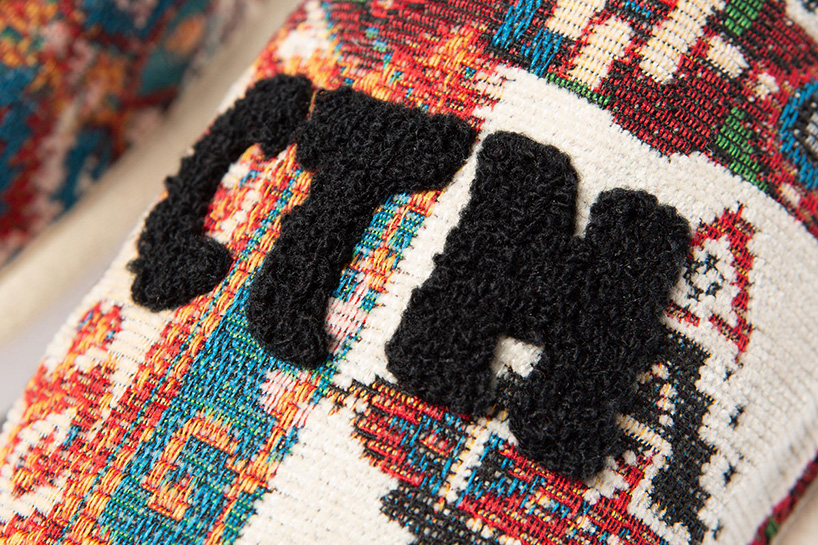 the slippers, which look very comfortable, feature a patchwork of fabrics with different motifs resembling those found on traditional arab carpets. the sole is white and gray and is of the ripple type. the brand also announced the release date which is scheduled to be november 29 at 2pm PST. 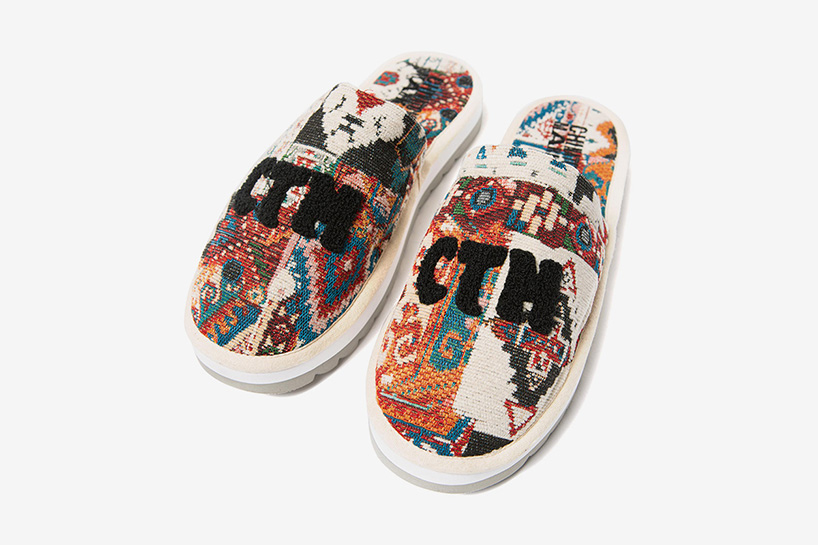 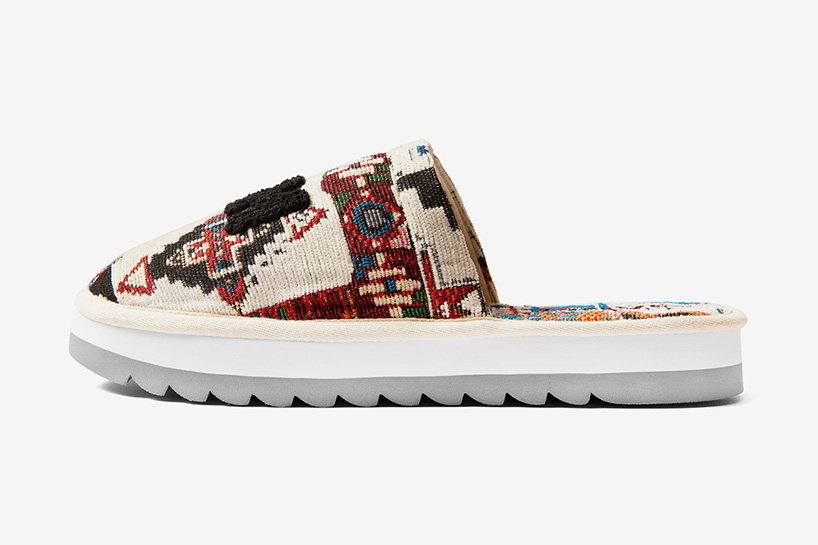 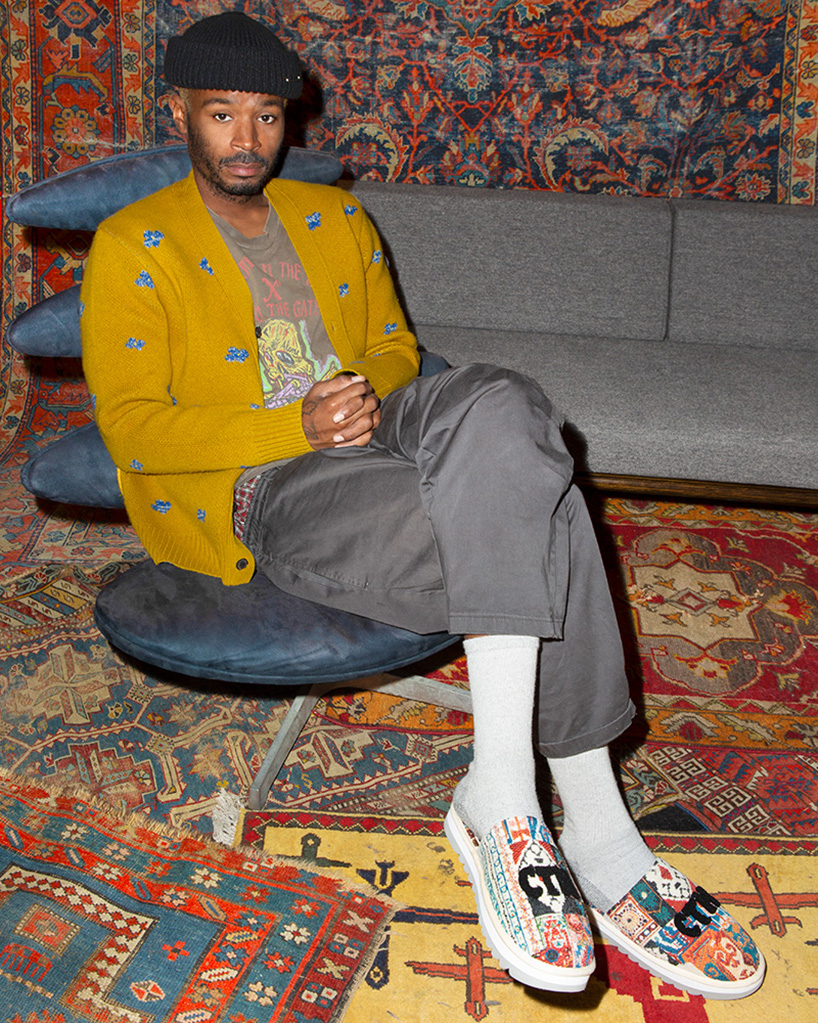 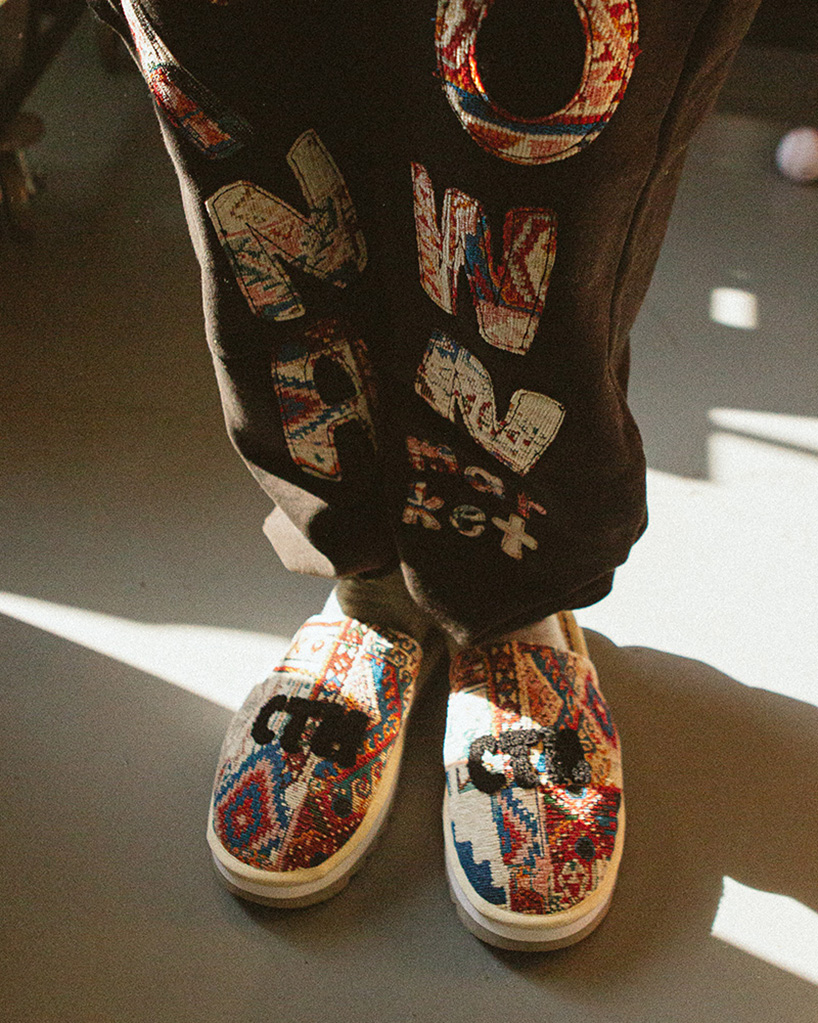 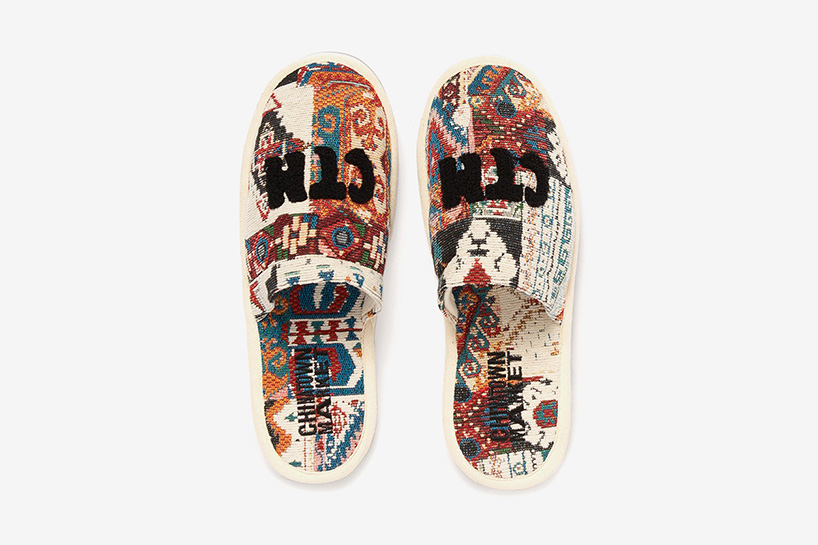 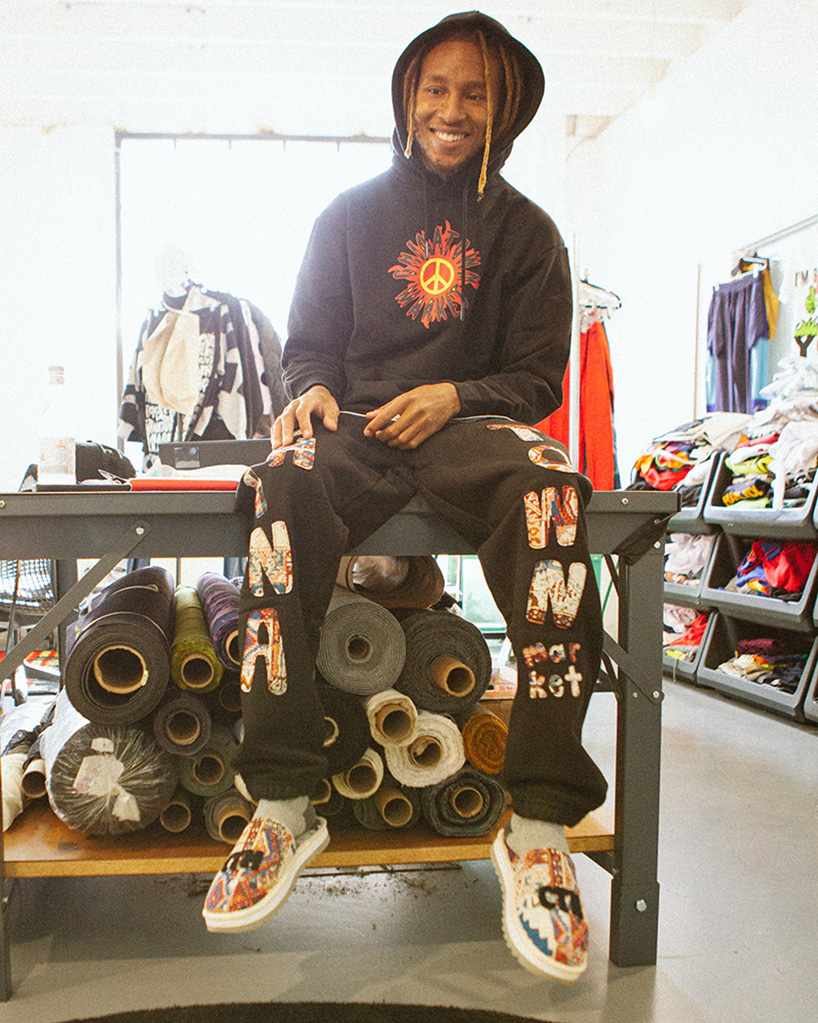