he liangcai, a former farmer in china, has built a battery-powered suitcase scooter, which transports himself and his belongings simultaneously. the vehicle comprises a stripped-down electric scooter embedded into a suitcase, situated in such a way that the rider straddles the handbag and uses it as a seat, all the while being able to drive normally. the resident of the hunan province spent the last 10 years on the cruiser’s conception and completion, and has recently demonstrated his invention at the changsha train station, china radio international reports. his luggage mobile weighs 7 kgs and is capable of carrying two people at speeds up to 20 km/hour for a distance of about 50 km, before needed to be recharged. 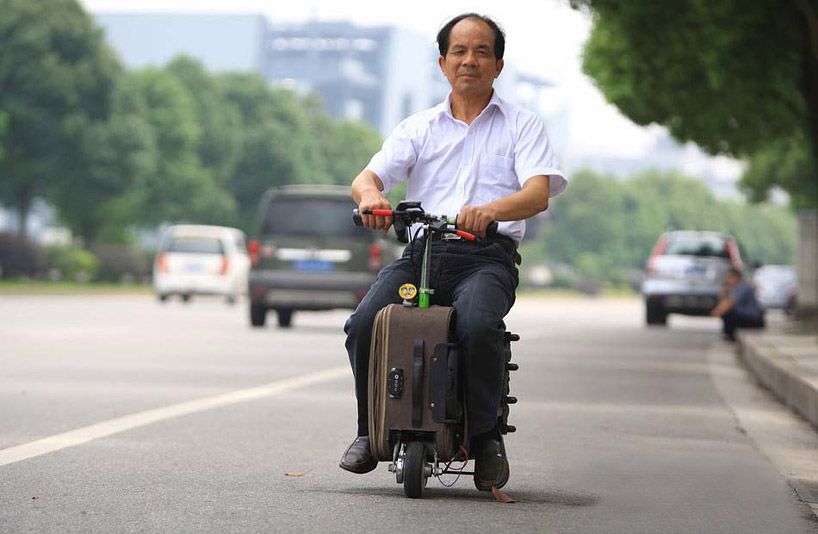 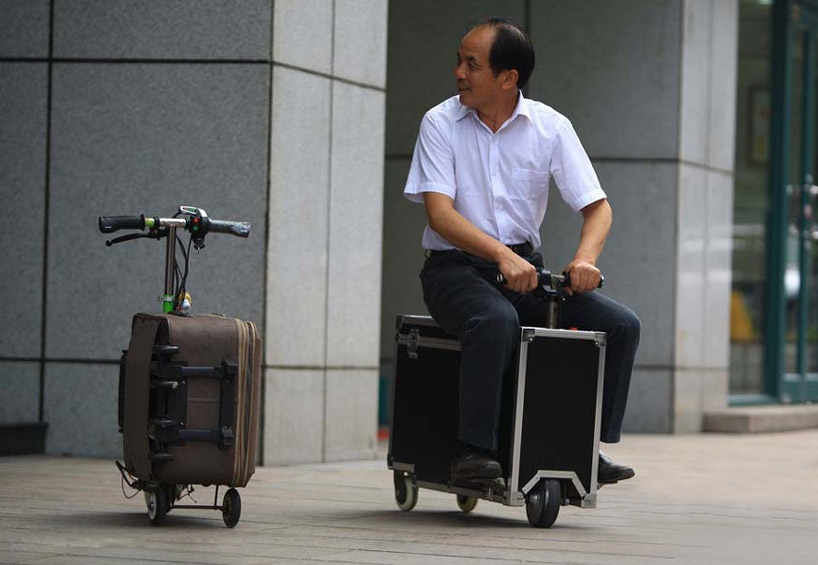