‘chocapologies – on behalf of the internet’

the internet is, without a doubt, the cruelest playground in the world — where trolls bully perfect strangers, and their victims are left to suffer. master chocolatier and influencer chef karim bourgi is no stranger to that online hate, so he asked himself: could anything make the internet a ‘sweeter’ place for him and thousands of other victims?

with the seed planted in his mind, he decided to approach dubai-based advertising agency mullenlowe MENA. together, they launched the ‘chocapologies – on behalf of the internet’ campaign to raise awareness on the often devastating outcomes of online abuse. the result is three beautifully packaged and designed chocolate bars molded to precision. 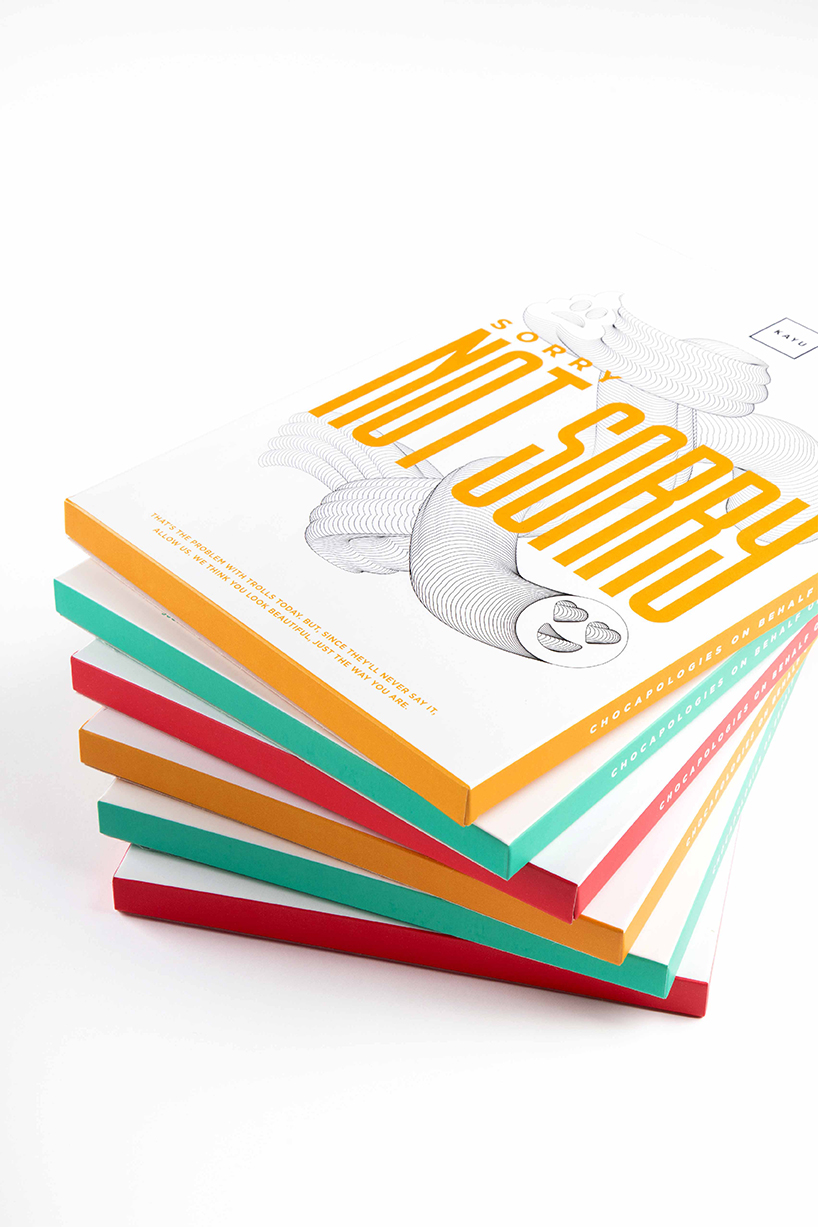 after extensive research, the team at mullenlowe MENA decided to take some of the hate messages, vitriolic comments, inappropriate and rude use of emojis of trollers and cyberbullies to form the basis of three carefully designed chocolate bars.

specifically, each chocapologies was created using crystal clear rigid PVC and food-grade specialized thermoform plastic molds. ‘the idea pushed the limits of food mould-making to a level of precision and detail that even the best food mould-makers in the world said wasn’t going to be possible’, explains the agency. 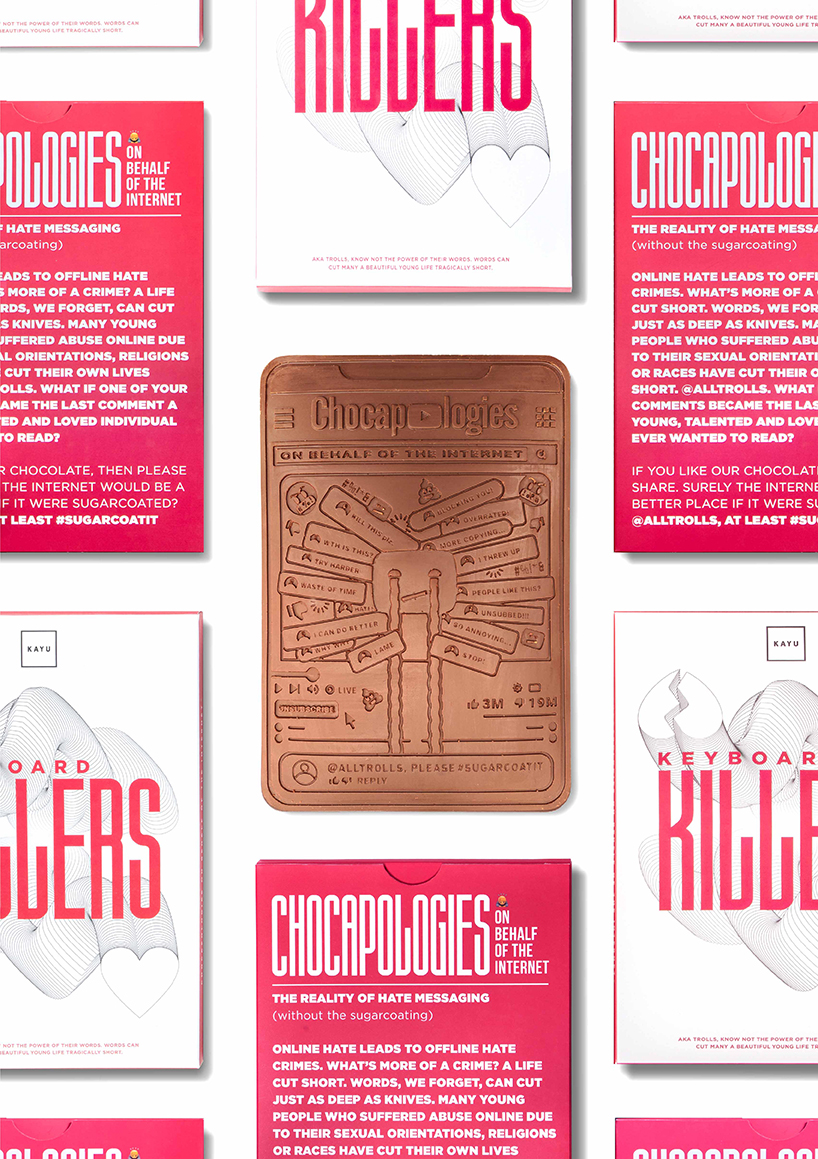 additionally, karim bourgi (see more here) helped the team assign a specific theme for each of the three chocolate molds. these themes were hate messaging, cyberbullying, and body shaming. while each bar reveals a design that stands out on its own, all three still form part of a perfect set.

once packaged, the chocapologies were sent out to victims of online hate and trolling to make them feel a little better and remind them that they are enough, as they are. 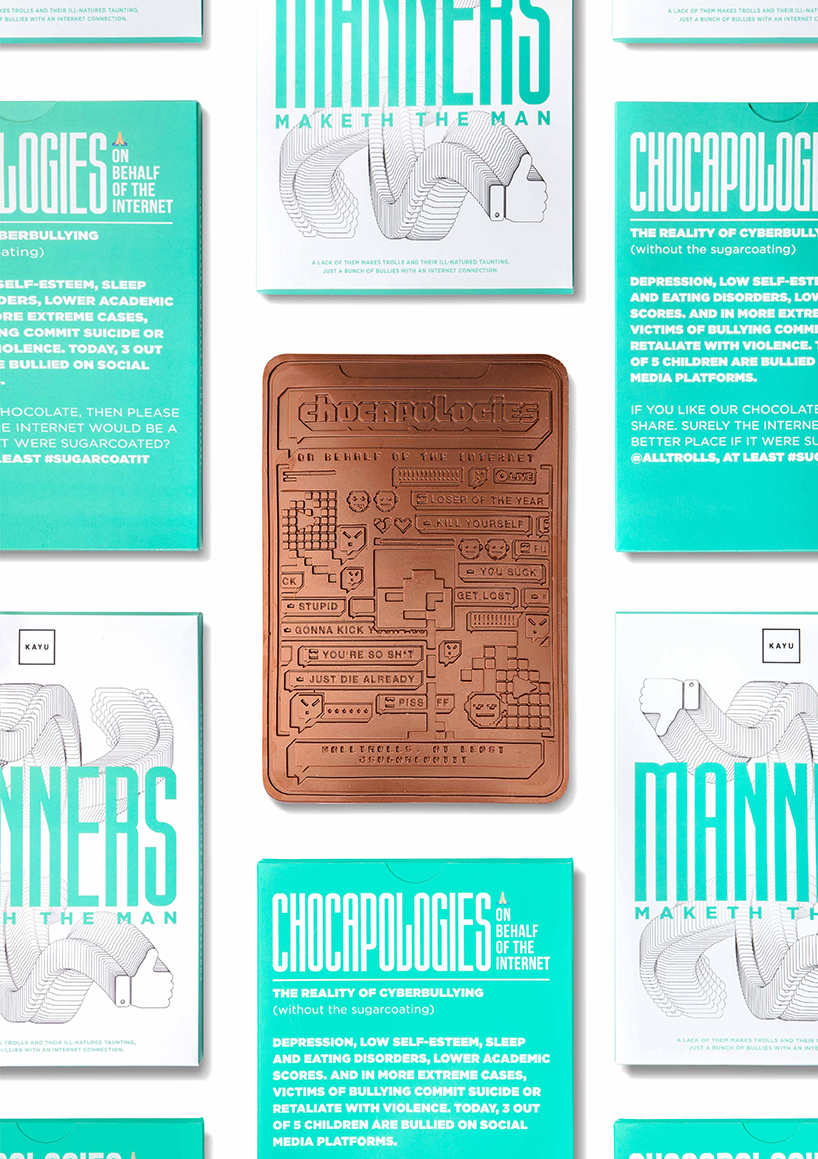 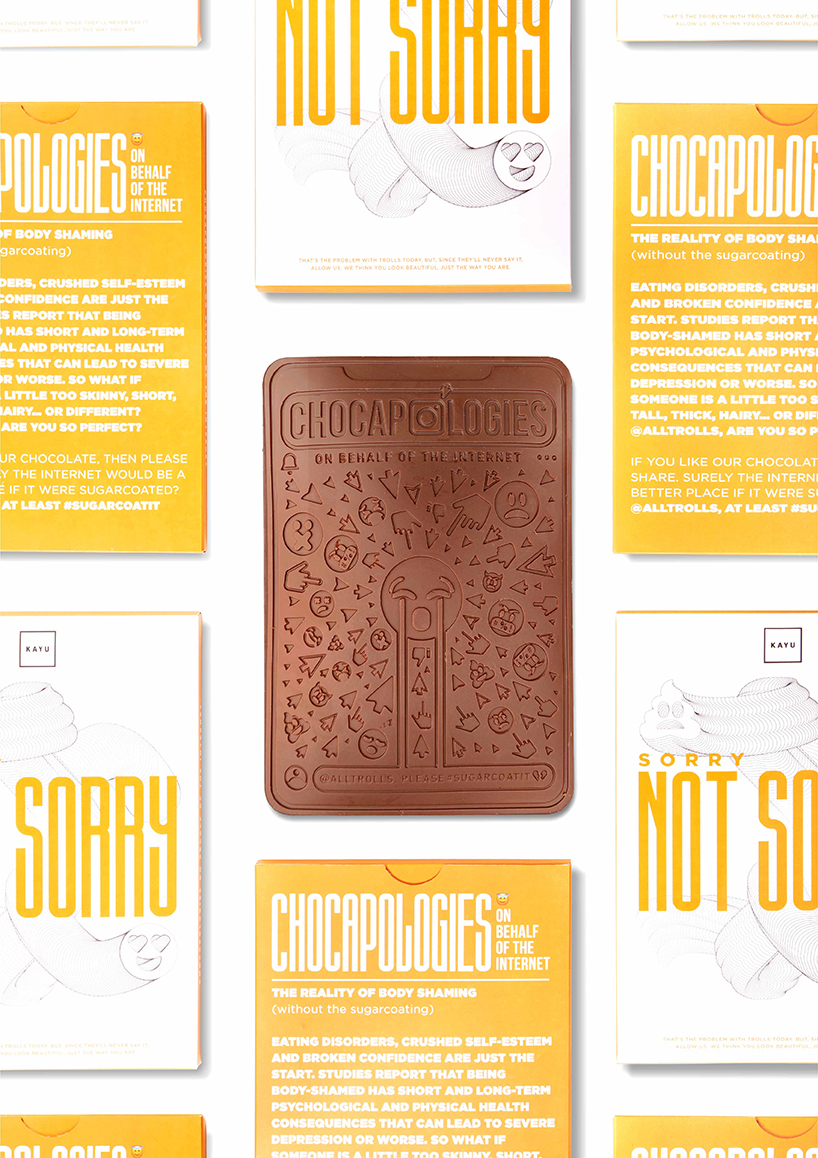 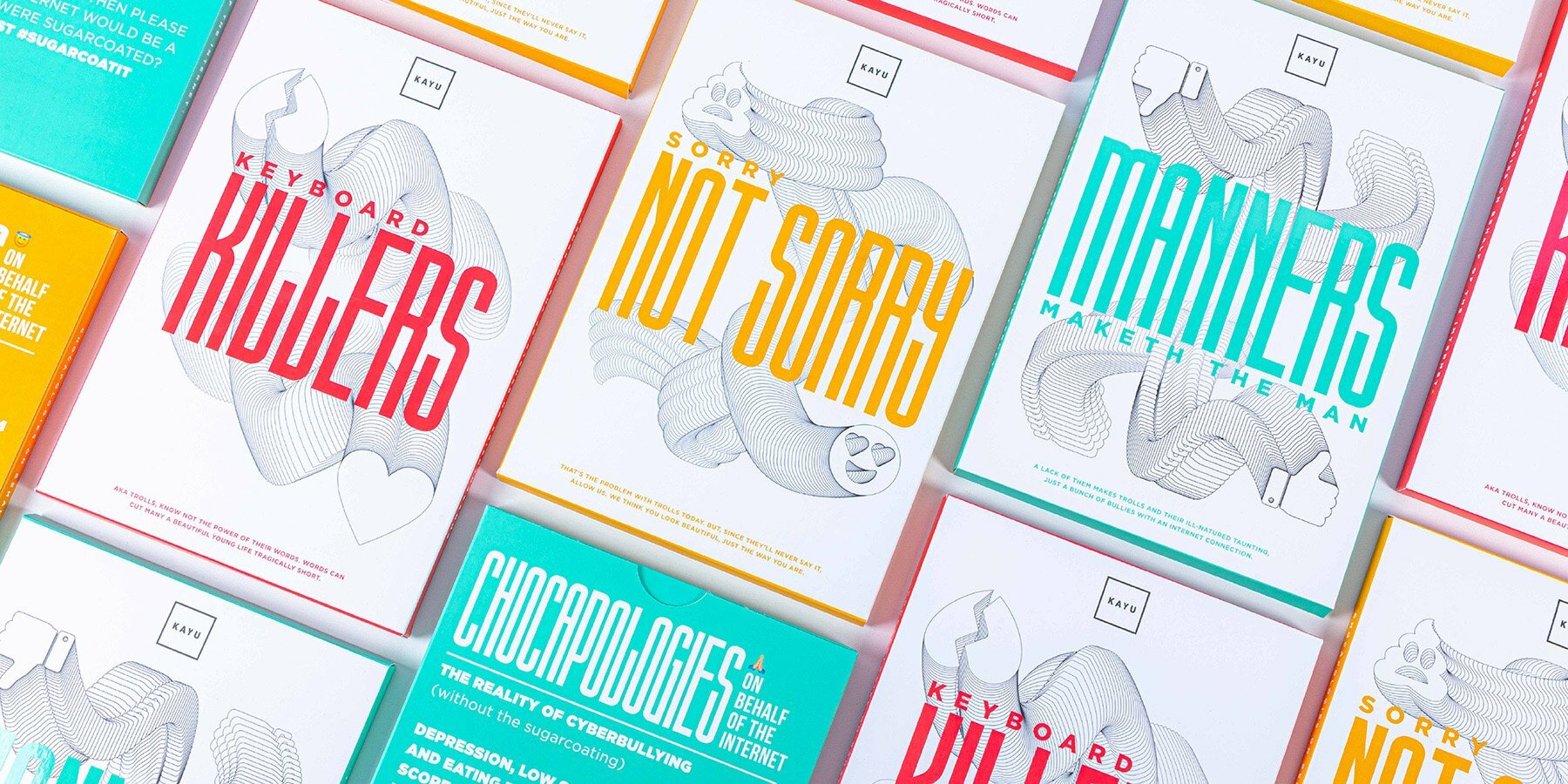 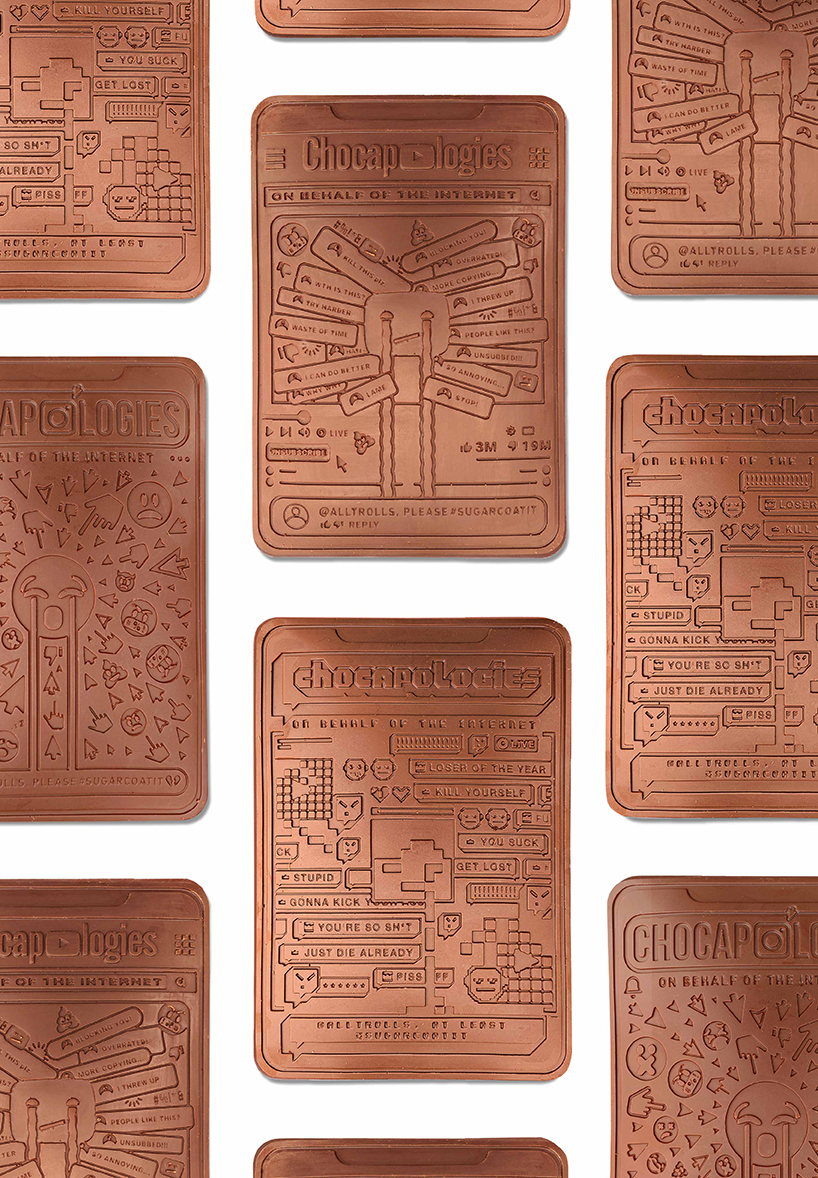 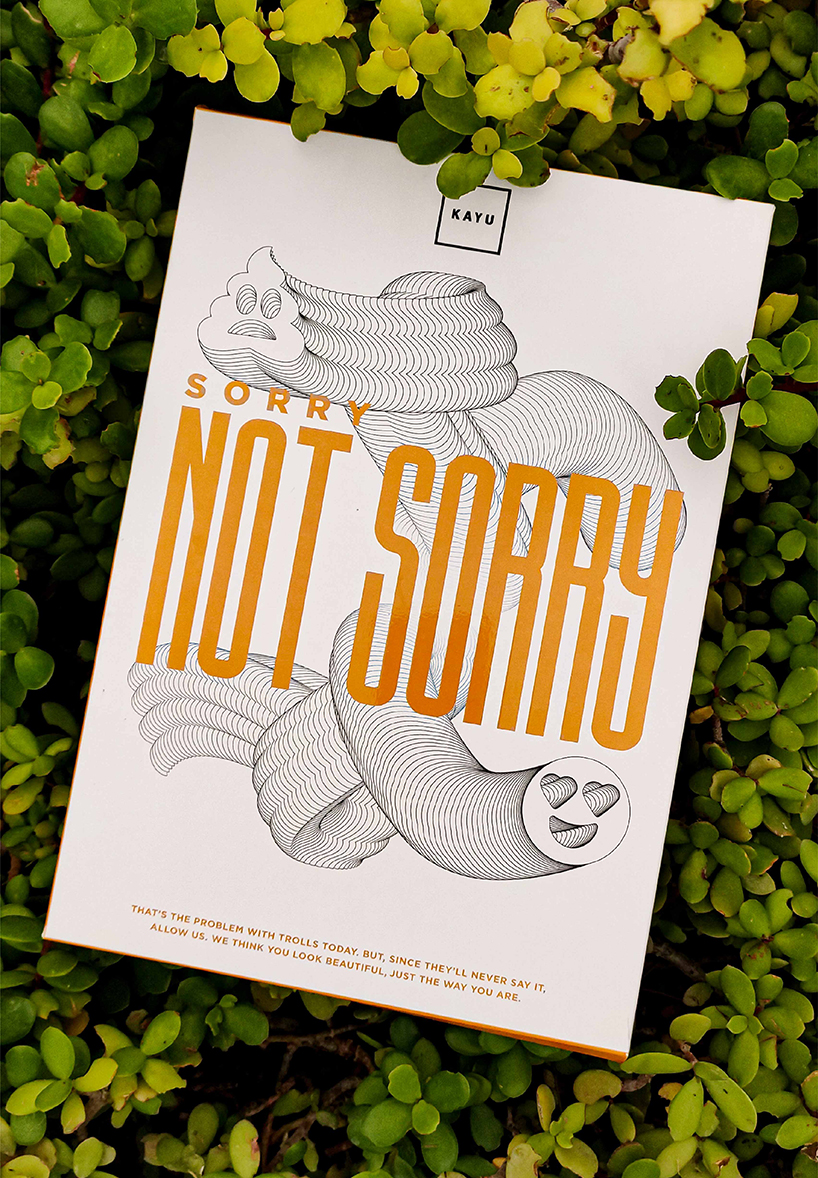 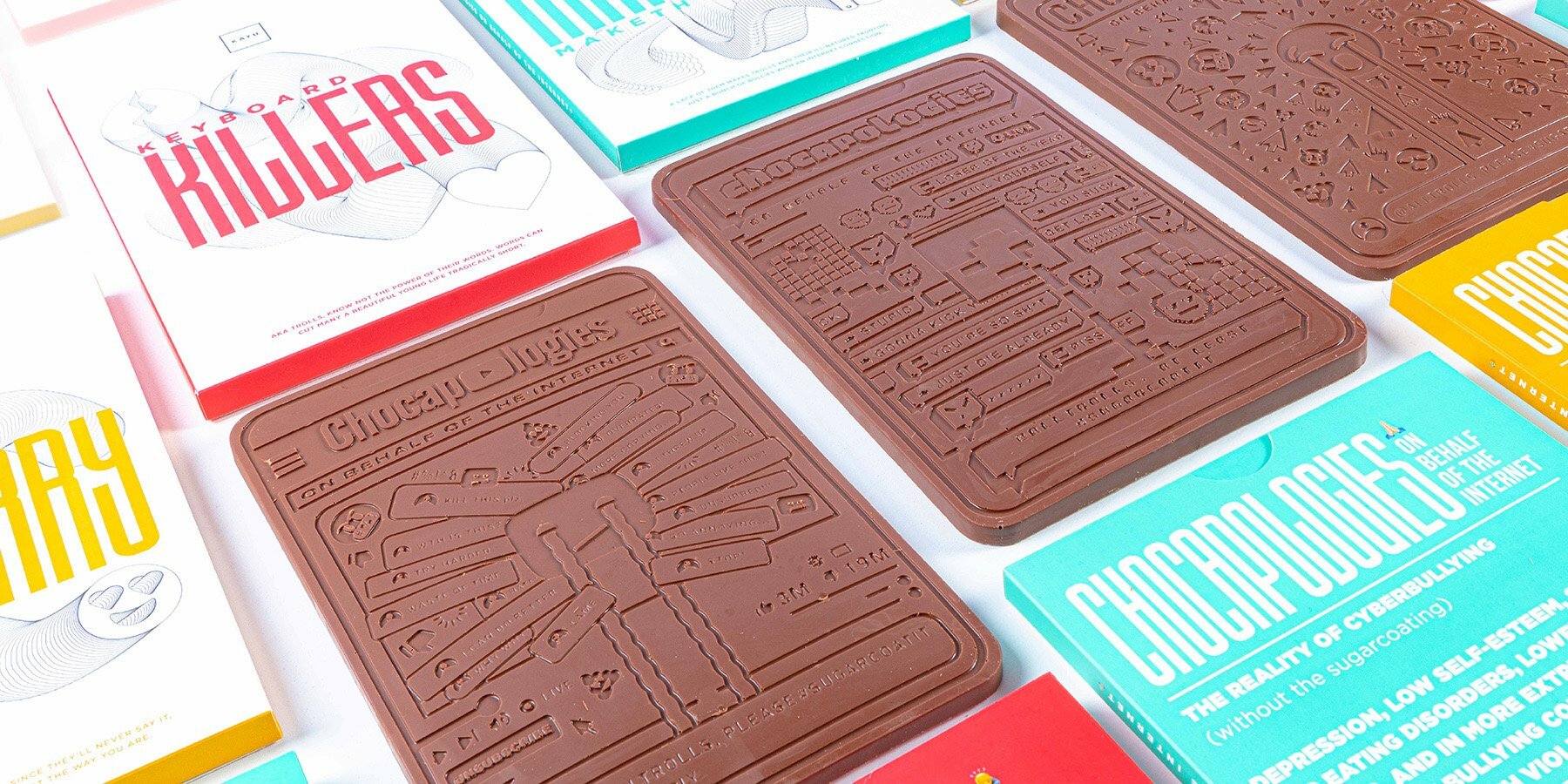 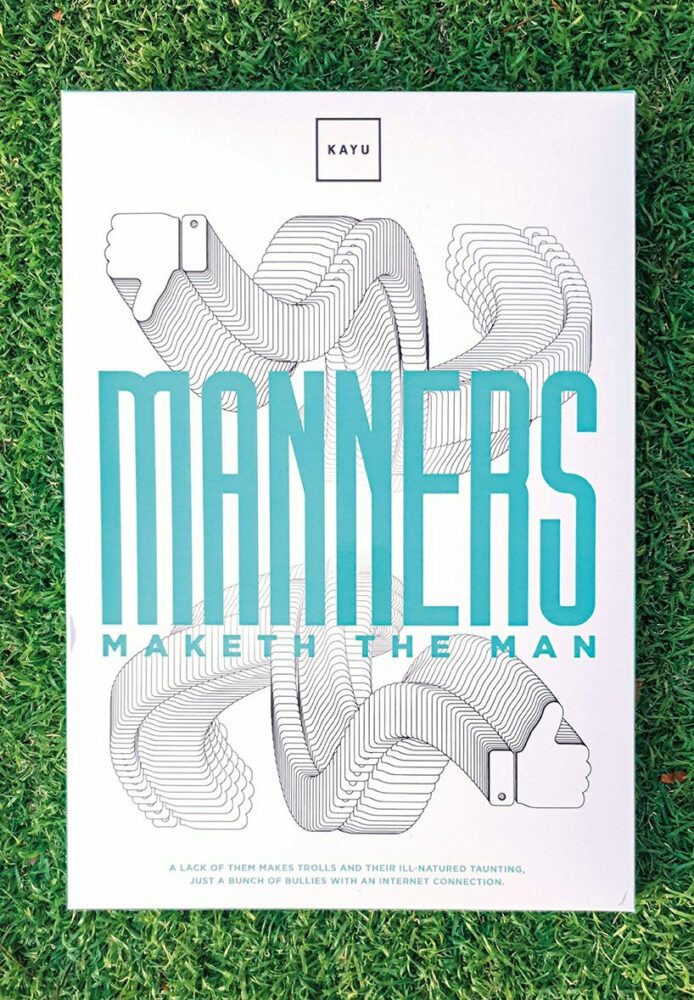 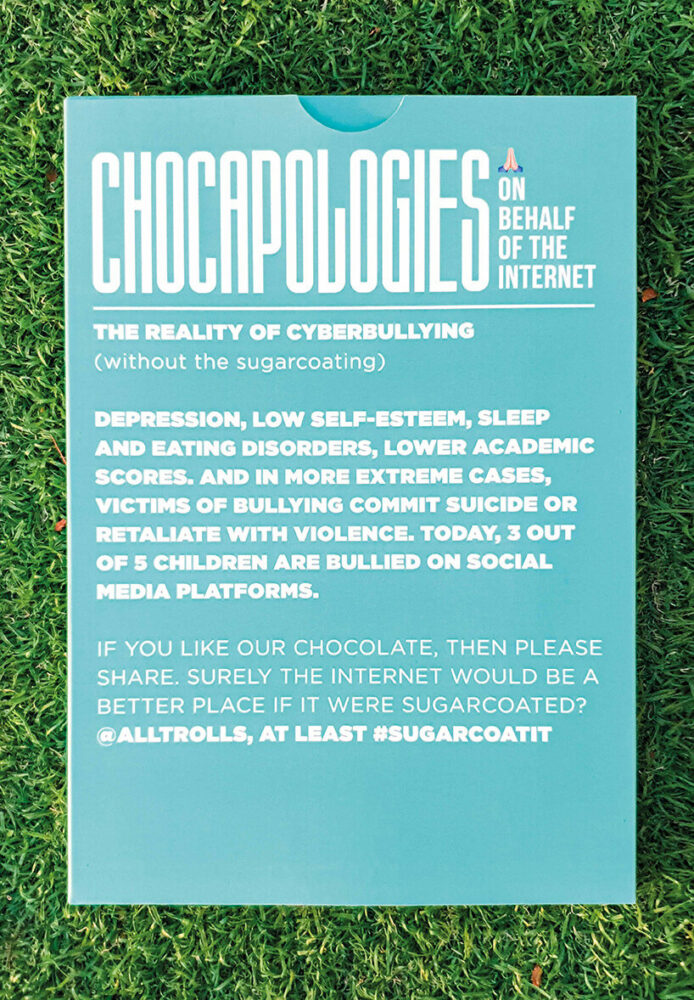 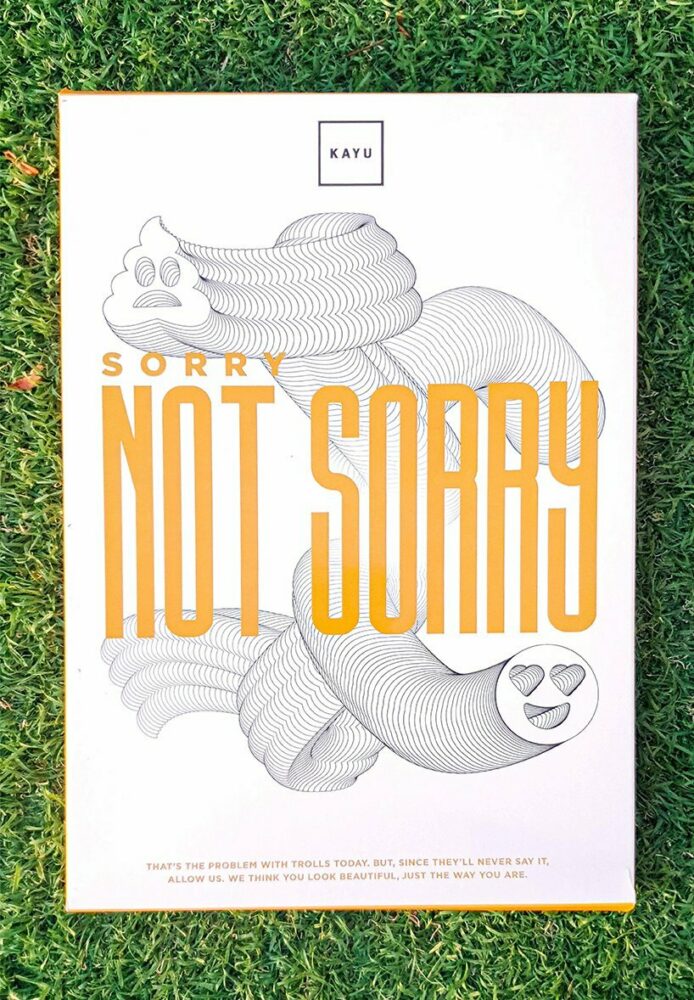 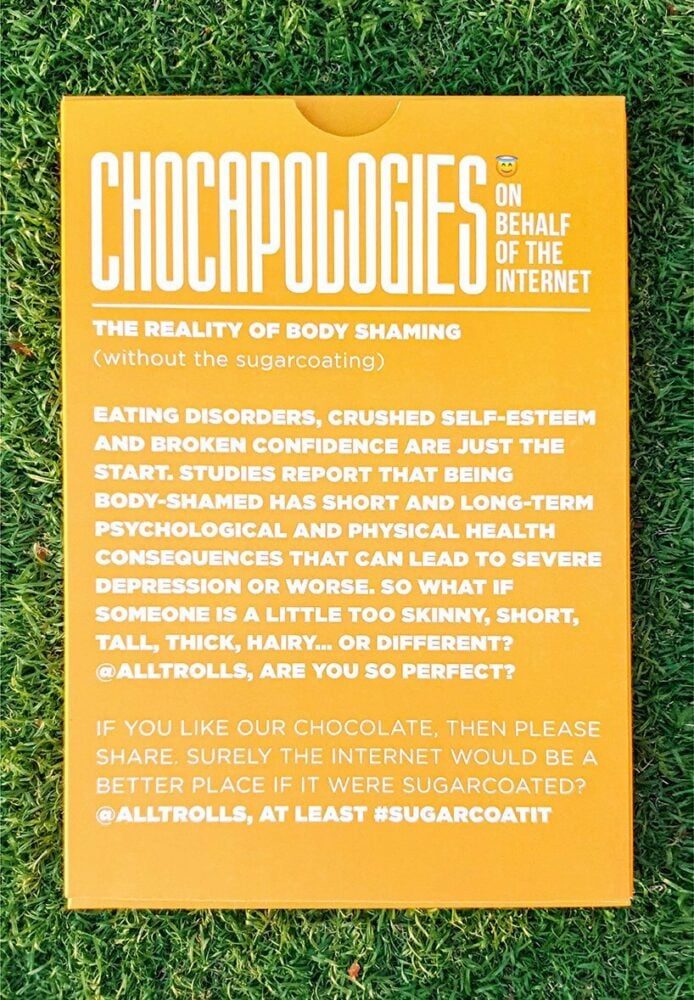 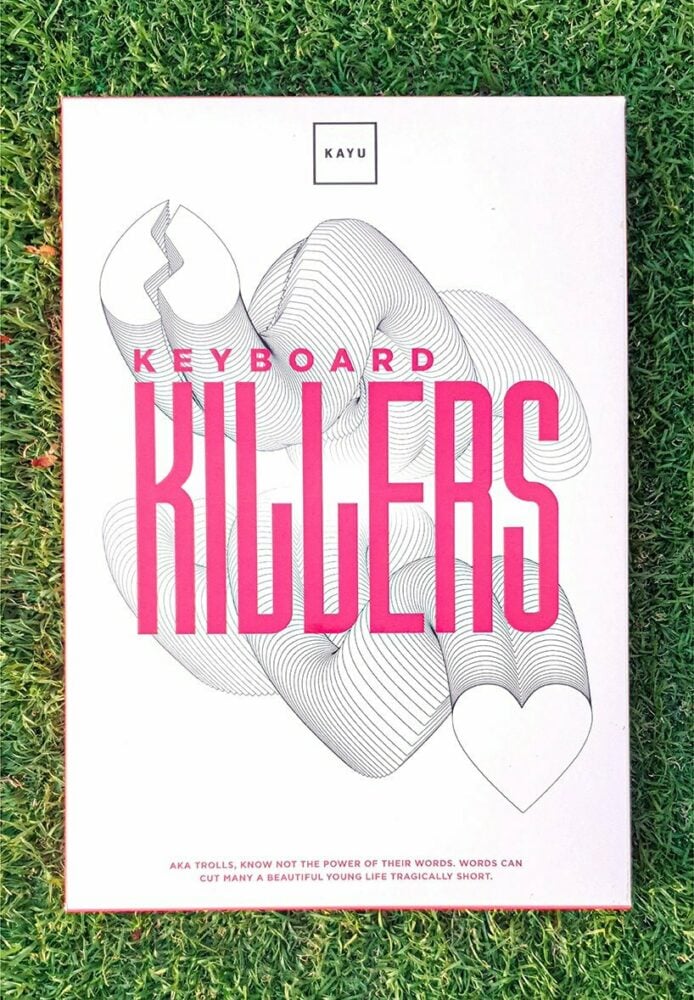 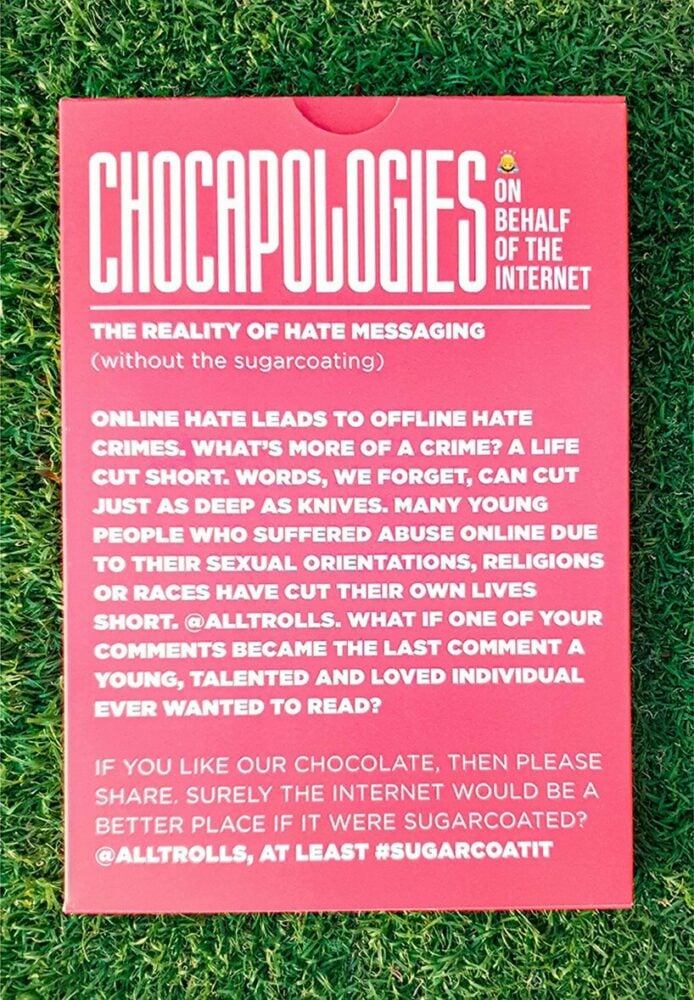