the chocolate ‘q-pot phone‘, designed by tadaaki wakamatsu in a collaboration between japanese telecarrier NTT docomo and chocolate design aficionados q-pot, is to be released in japan as a special valentines day edition smartphone.

officially the ‘sh-04d’ model of the docomo ‘with’ series of collaborative phone designs, the ‘q-pot’ measures 2.3-inches wide and runs a custom user interface on android 2.3. the device comes with a ‘chocobed’ recharging station designed to resemble a chocolate box.

the ‘q-pot phone’ is not the first collaboration between the two companies, who released a chocolate-themed flip phone in 2009. the android model is produced by sharp. 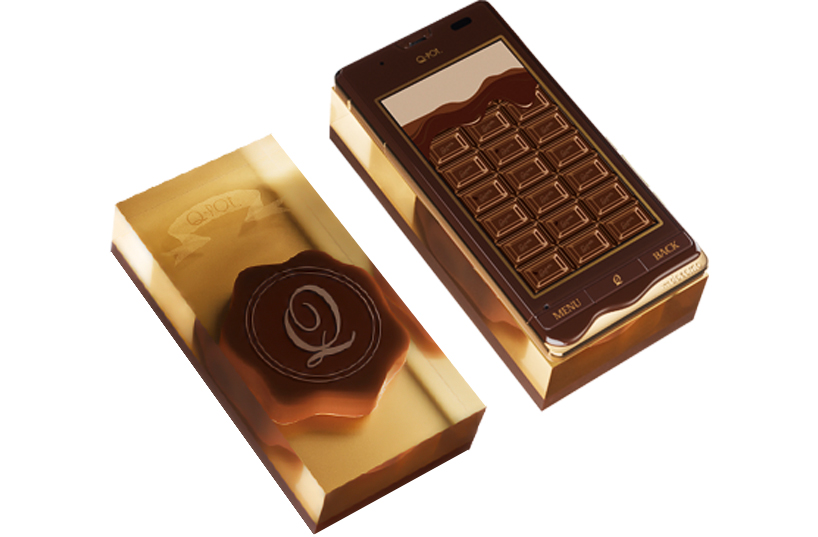 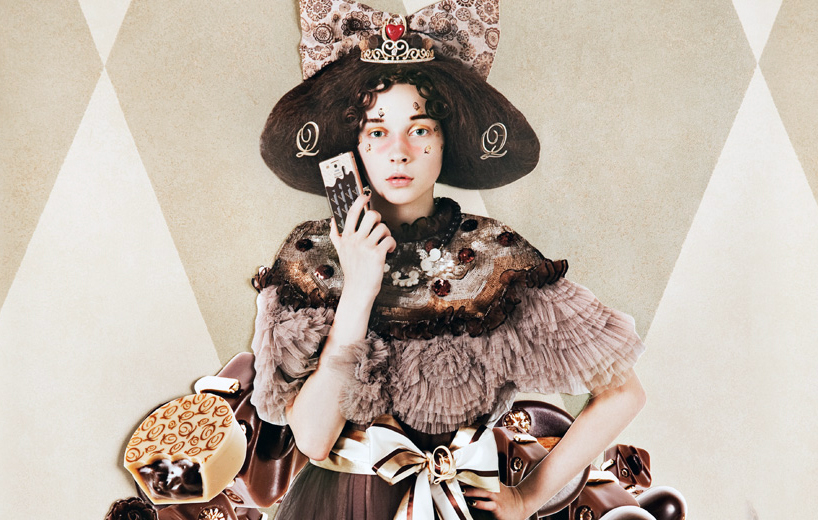 promotional image for the device