cyclist chris boardman unveiled his latest cycle concept to the world’s media yesterday. the new ‘intelligent’ bike counts calories as you pedal, plays music and uses a solar-powered motor when you get tired.

the carbon fiber frame has an inbuilt computer system, which incorporates an ‘unbreakable’ locking device that allows only the owner to open it via fingerprint recognition. spoke-less wheels make the bike more aerodynamic while the tires will be puncture-proof with self-inflating tires. 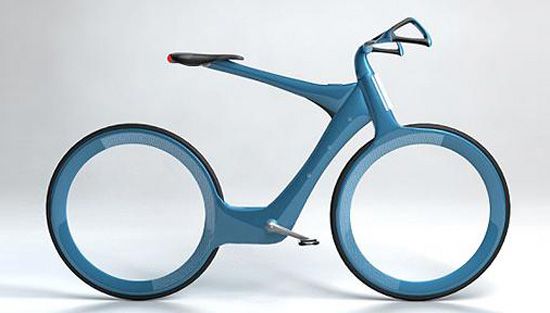 ‘it could be built now if there was the will. all the technologies are already there, it’s just that nobody’s put them all together before.’ boardman said. he also added though that such a bike would not be financially feasible’ for mass production for around another 20 years.

via the telegraph | the daily mail

Sep 30, 2022
living plant controls a machete through an industrial robot arm
the plant acts as the brain of the robot, determining how the machete swings, jabs, slices and interacts in space.
design
713 shares
readers
connections: +520