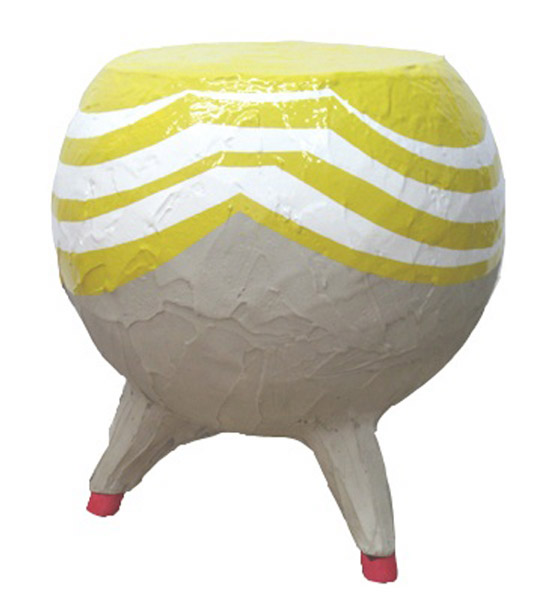 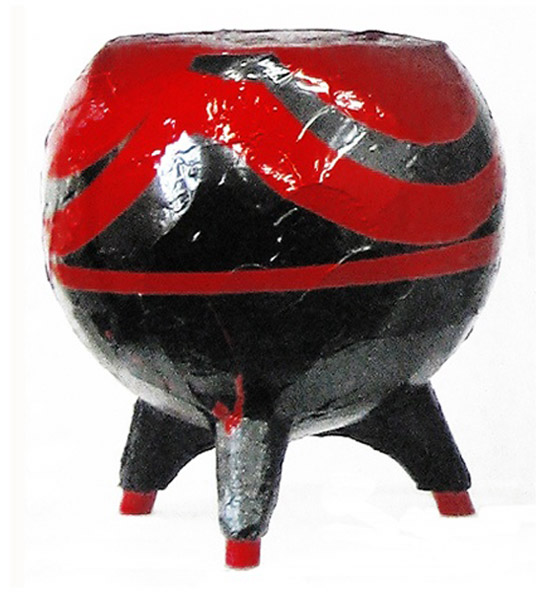 these stools were developed in 2003 through explorations chiappa was doing with replicating a mid-century modern coffee table in resin-coated styrofoam. unhappy with the lack of volume of the coffee table he was attempting to sculpt – a flat-topped table with thin legs – he carved a simple sphere of styrofoam that could be used as a stool or a table. as he developed the final form, the stool started to take on the shape of the classic weber barbeque grill, evoking childhood memories for chiappa. he painted the stool in what he thought was the ugliest color he could find and finished it with red plastic feet – or hooves – to animate the work. 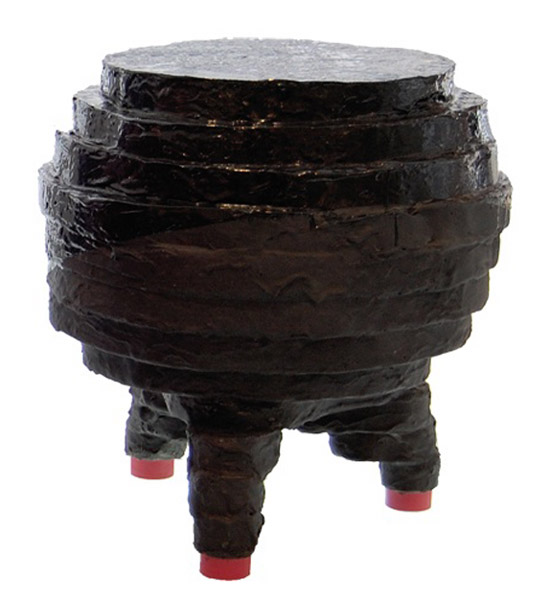 chiappa then began creating more stools and dipping them into vats of oil-based enamels, letting the waterline of the paint draw crisp lines on the rough surfaces of the stools, and the concept quickly developed to 12 or 13 variations. he began exploring different materials, executing one in chainsaw-carved pine, and others in colorful hand-rolled resin balls. in doing this, the stools became three dimensional canvases, and the decorationsbecame explorations into painting without the inherit apprehension of competing with art history. eventually chiappa’s variations on this theme lead to and culminated in the eyeball stool, a sort of self-portrait, which gives the other stools on the rack their ownconsciousnesses. the series now comprises over 70 unique stools. 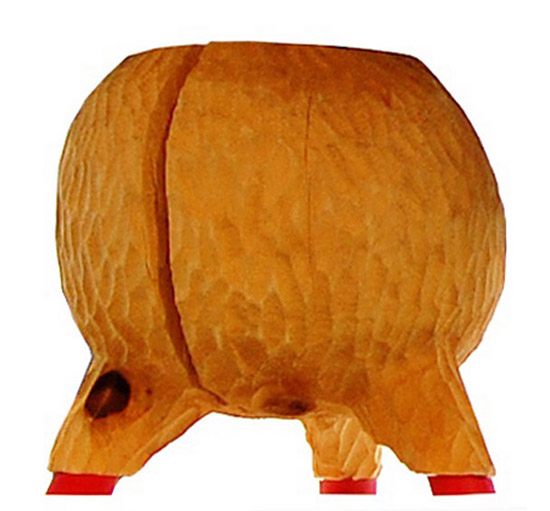 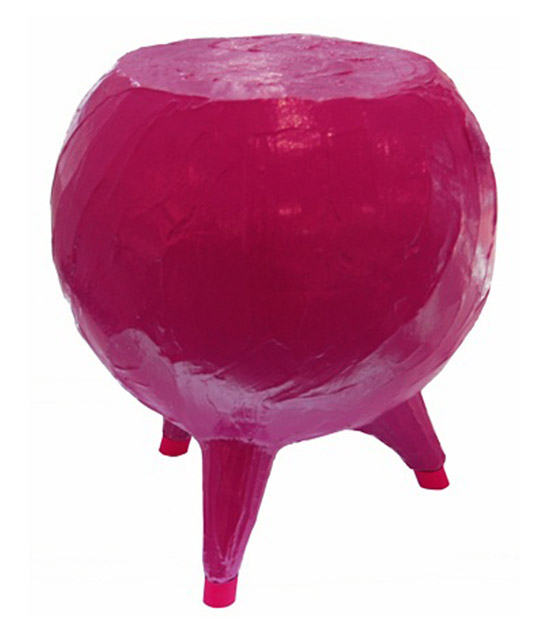 meanwhile, his work being presented at the kate werble gallery employs self-portraiture as a technique to heighten psychological and cultural decay. the title ‘high fructose corn syrup’ is a reference to the artist’s transition from adolescence into adulthood, and his realization of the disappointment of human experience. a daily coke drinker, he hit puberty just as coca cola’s formula switched from using sugar to high fructose corn syrup. chiappa uses a simple switch of the ordinary to emphasize an omnipresent disequilibrium in the photographic portrait of the artist in his studio. 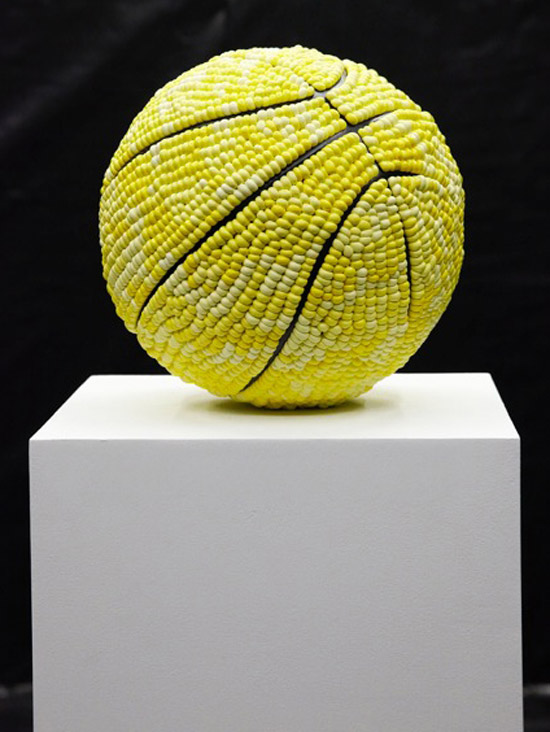 his piece titled ‘cornball’ is a handmade sculpture made up of a basketball covered in kernels of corn. in doing this, ‘cornball’ layers one recognizable american symbol onto another, referencing pop culture as well as koons’ suspended basketballs. 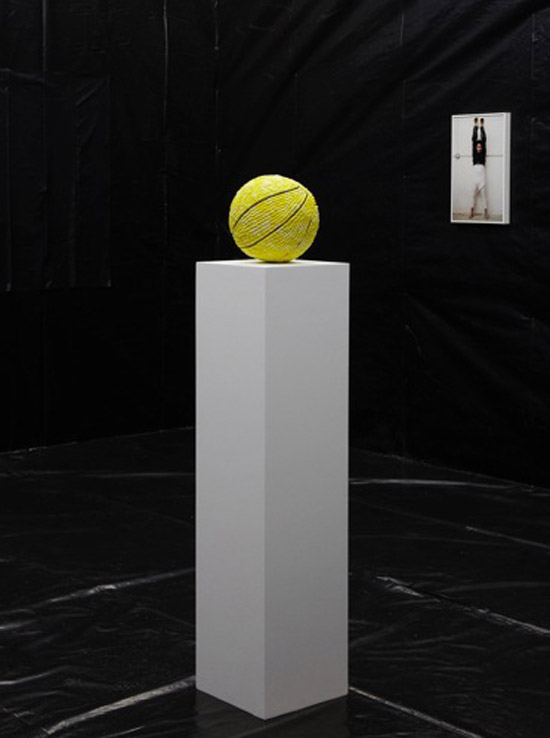 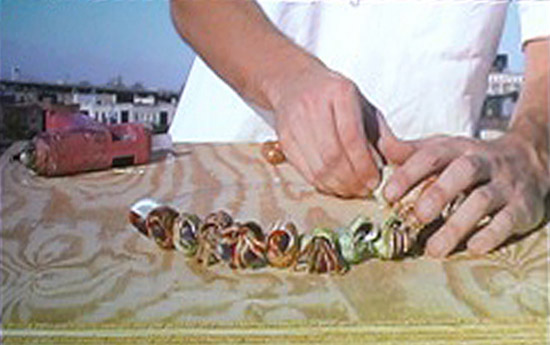 ‘hermit crab’ is a video manipulating common childhood pet hermit crabs in a way that depicts power and abuse. the artist’s head is cropped out of each frame as he methodically glues each of the twenty-five hermit crab shells together to form a circle. the crabs’ behavior during the gluing evokes human struggle and strategies for coping as a group. although the crabs were not hurt in any way, an unsettling, uncomfortable feeling prevails. 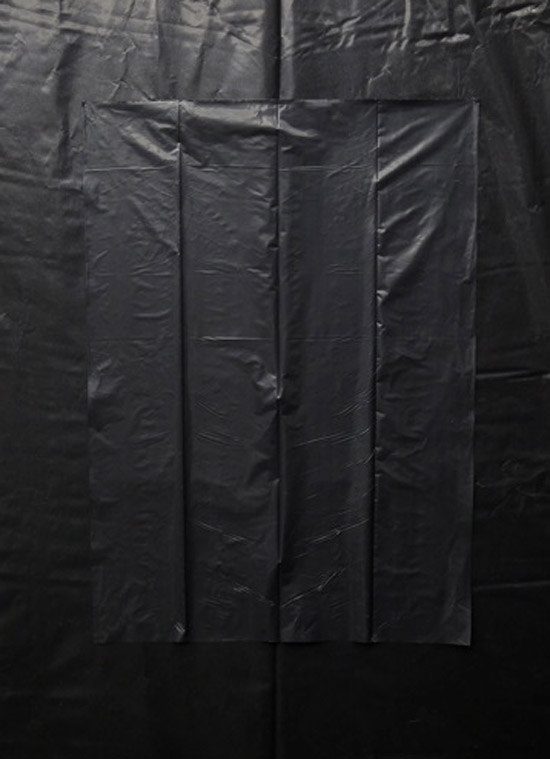 cloaking the gallery in black plastic, chiappa aims to push the viewer to re-evaluate the physical gallery: anything can happen within the space. 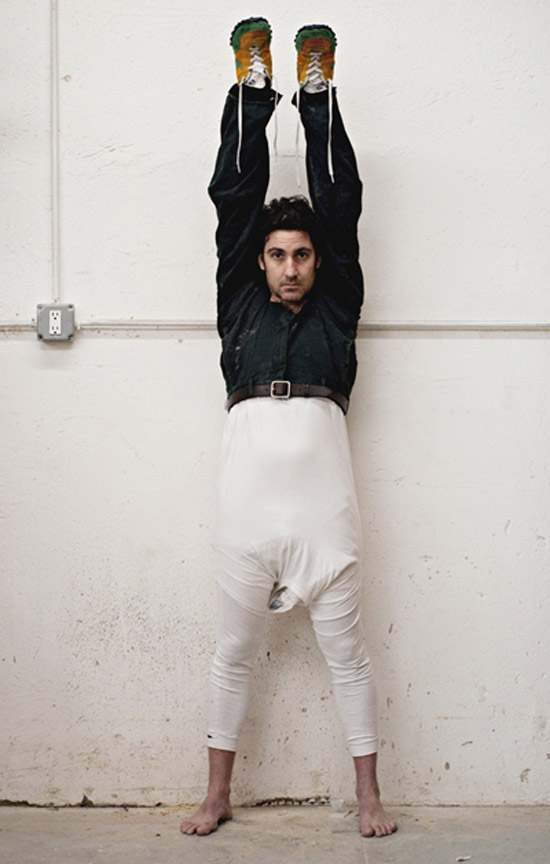 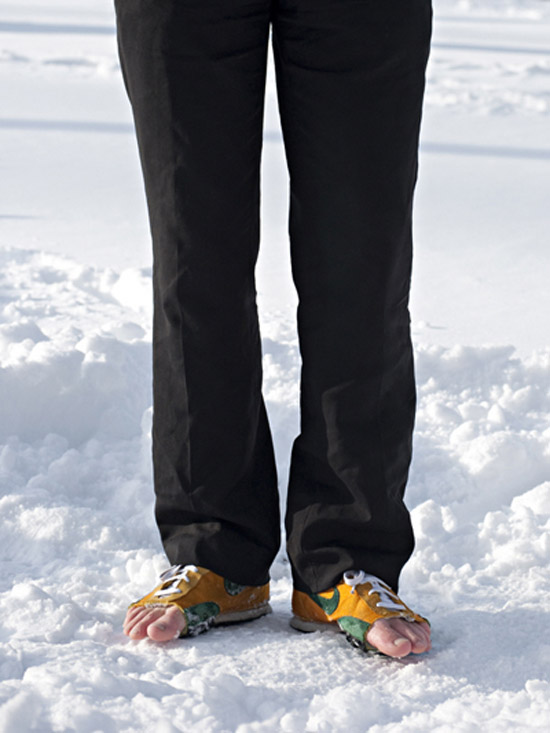 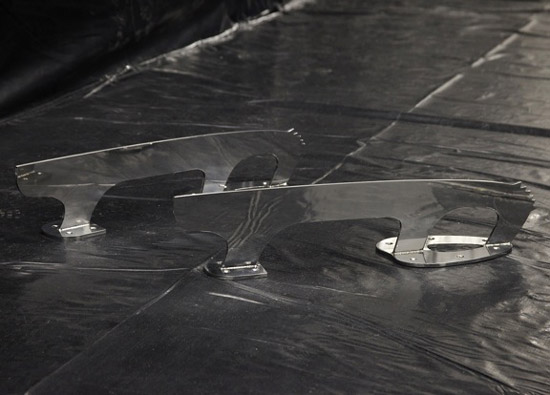 american artist christopher chiappa (born 1970) obtained his bachelor of arts from middlebury college, vermont in 1993, continuing his studies by attending the intensive residency program at the skowhegan school of painting and sculpture, maine in 1997. his work has been shown numerous times in group and solo exhibitions, most recently at the art los angeles contemporary international art fair (january 2010). chiappa lives and works in new york city.