american designer christopher kurtz has created ‘redemption’ table for new york based manufacturer matter. a reference to the religious woodworking of the baroque and late middle ages, this lindenwood table upholds traditional values of craftsmanship with hand-carved hollow legs and funnel-shaped voids in its top. for reference, the designer studied the wood carvings of old masters tillman riemenschneider and gringling gibbons,  for both their literary narratives and their techniques. ‘the exactitude of these carvings, paired with religious narrative, creates a powerful aura that I wanted to channel with this work,’ kurtz explains.

he continues: ‘this piece continues my exploration of the interior surfaces in wooden furniture forms. with its hollow legs, funnel shaped cavities and excavated voids in the table top, the intention is primarily sculptural, while using a table as the subject. in a time where computer-driven manufacturing is increasingly the norm, this piece is hand carved: this point is not made as a reaction to contemporary modes of manufacturing, but to underscore an increasing desire to have the designer immersed in the creation of the work.’ 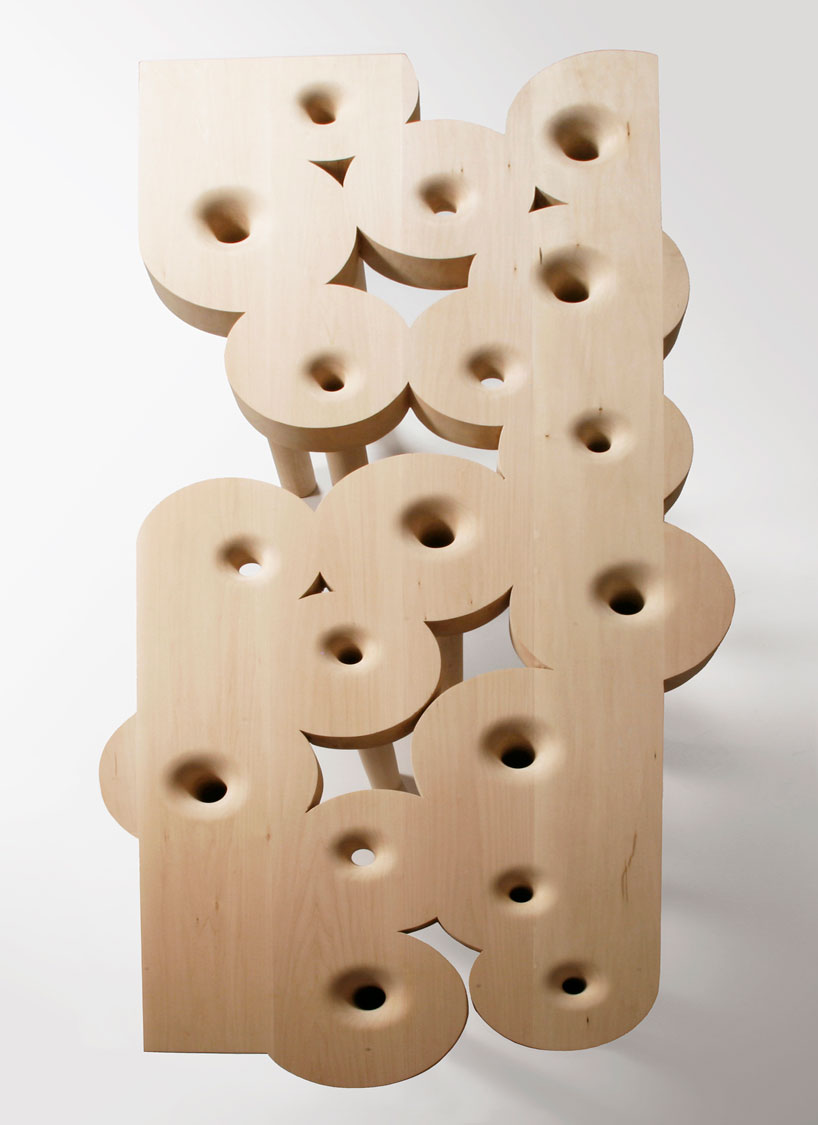 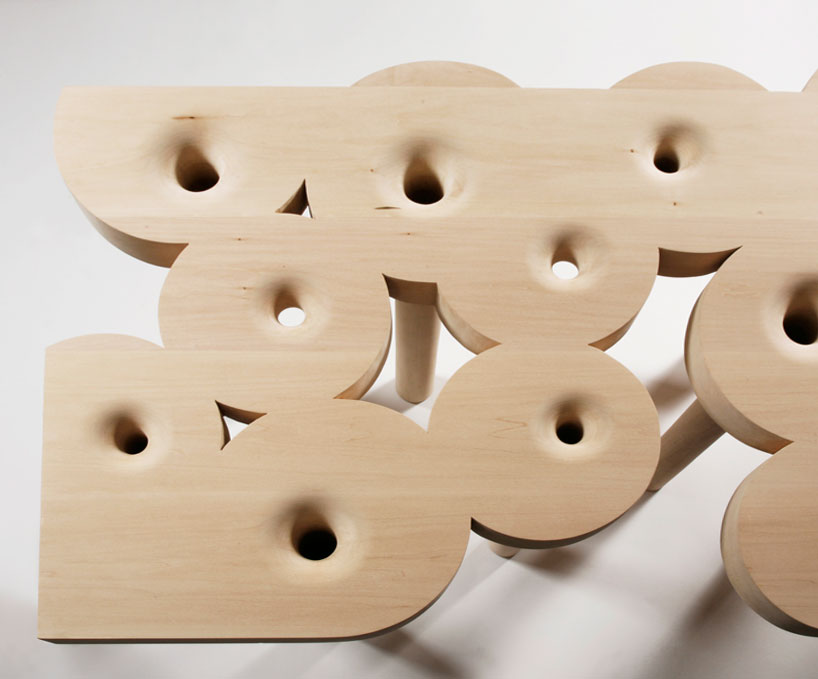 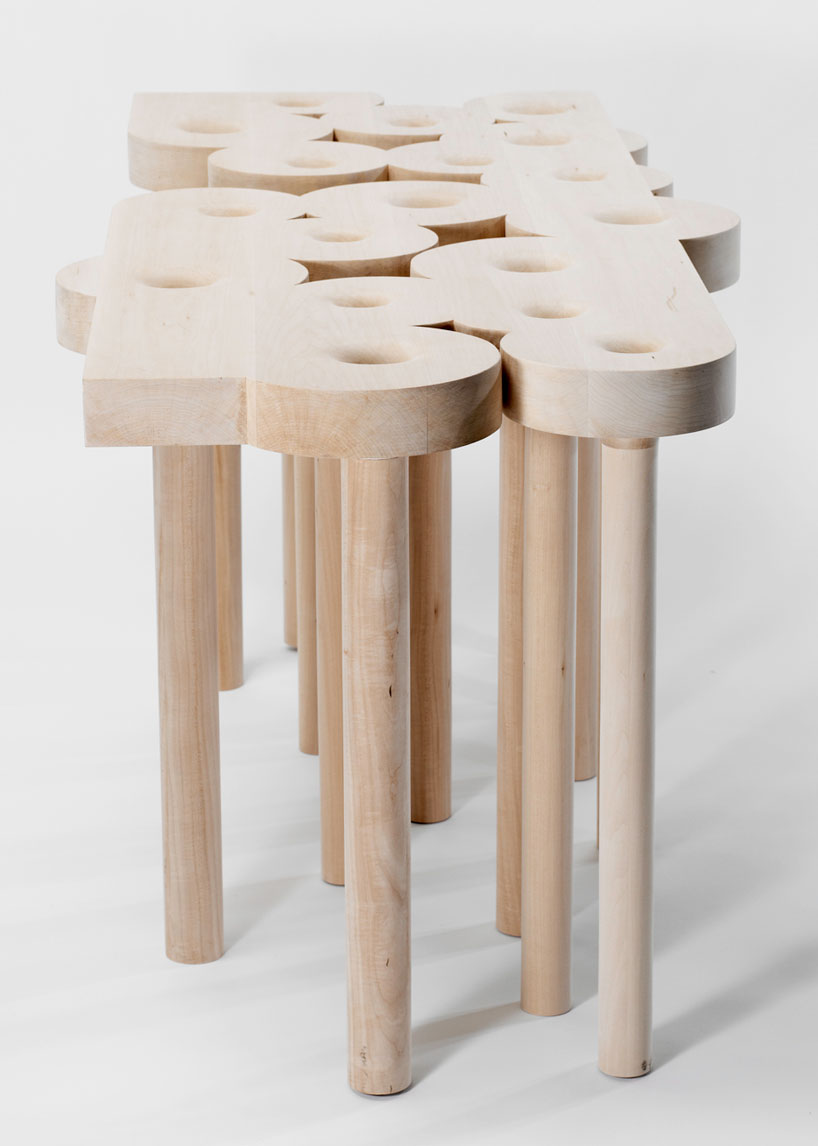 holes in the tabletop extend to hollow legs below 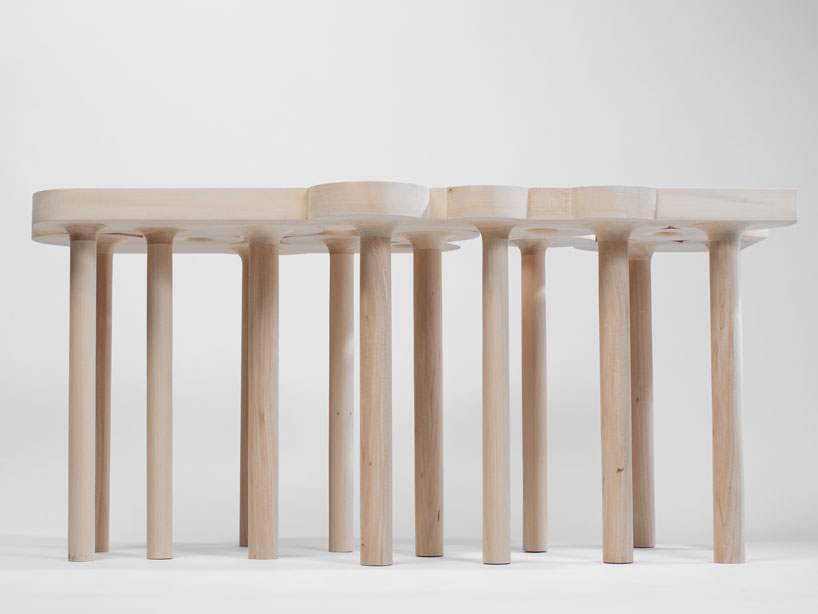 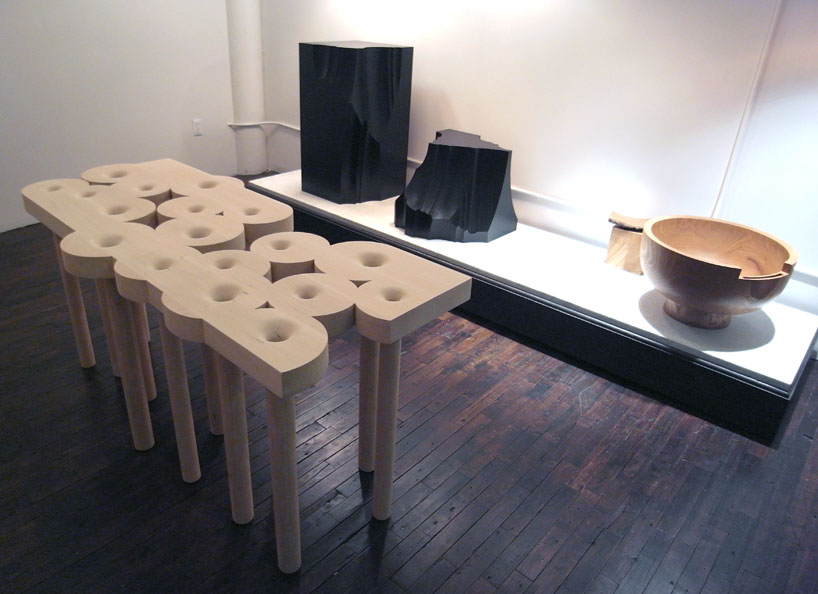 first displayed at matter gallery during the ICFF new york design week 2011, ‘redemption’ was created for ‘new america’, the second edition of the mattermade collection. 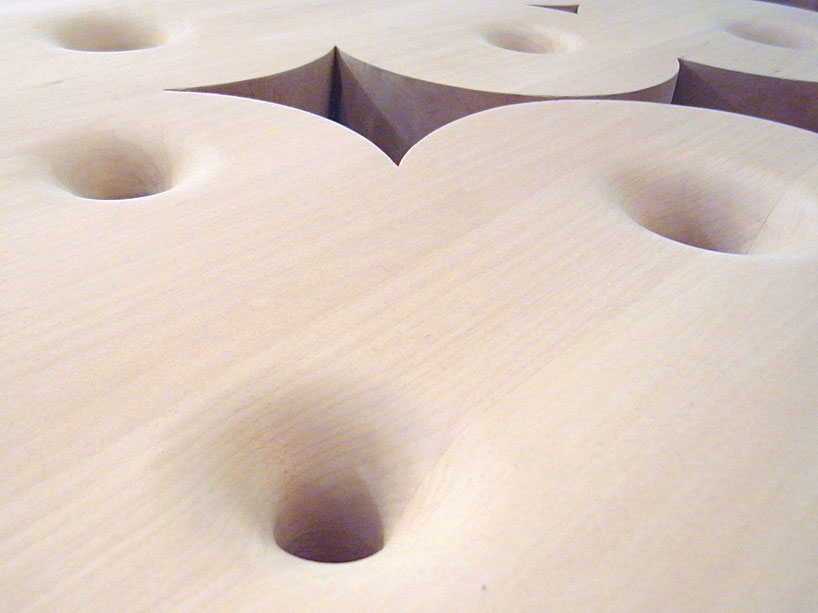 for more on christopher kurtz, see designboom’s previous coverage of his work. 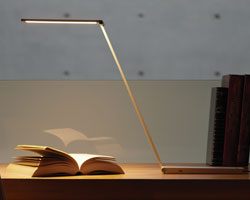 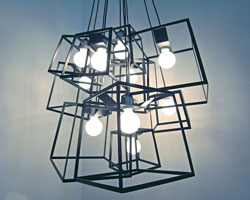