with tiny molotov cocktails and volodymyr zelensky figures, independent LEGO retailer citizen brick raises $16,540 for relief efforts in ukraine. the initiative was announced last week and have quickly sold out — seeing all proceeds donated to the victims in ukraine. the unique custom minifigure of the ukrainian president and the molotov cocktail pieces, printed with the ukrainian flag, were first announced on the company’s instagram, in a post which has since been removed.

citizen brick writes on instagram: ‘as you may have noticed, the minifigs sold out almost immediately. we made as many as possible in a frantic 24 [hours], with the CB crew coming in on their day off to print. we know there were some folks who tried to get one and couldn’t. we hope they’ll consider making a direct donation to a relevant charity nonetheless.’ 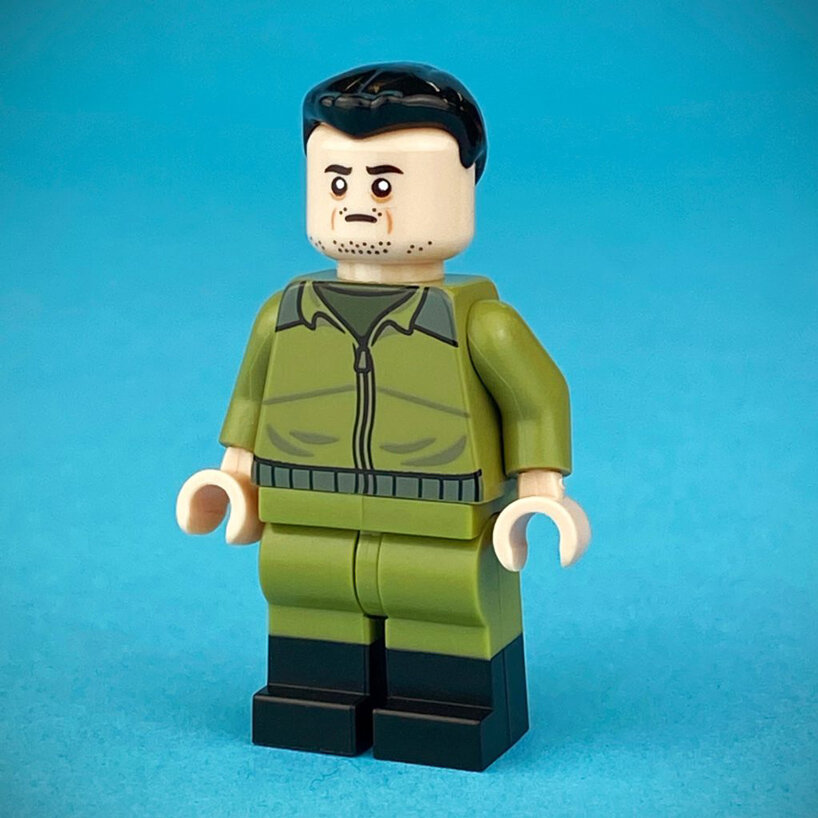 custom legos in support of ukraine

after quickly selling out of its ukraine-based LEGO figures, citizen brick (see more) donated the entire sum to direct relief (see more), a charity which provides emergency medical assistance around the world. the online sale began on march 5th with the molotov cocktail for $10 and the miniature zelensky figure for $100. the organization claims that it has gifted $26 million in medical aid to ukraine during the last six months, and that is currently working with the ukrainian ministry of health to provide emergency medical packs and other supplies. 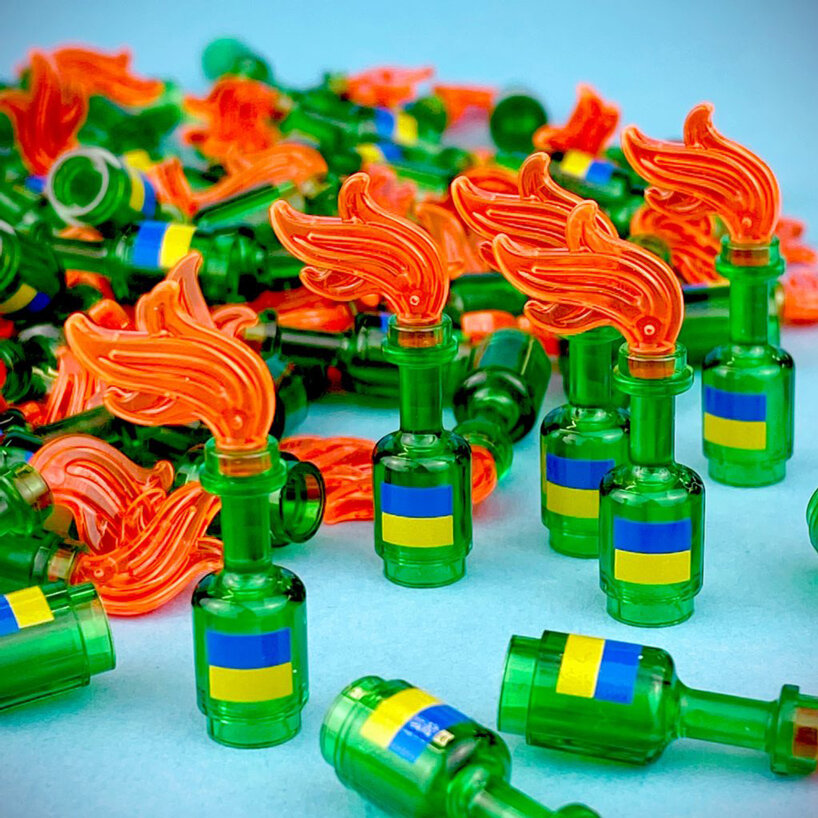 while citizen brick is an independent retailer, the LEGO group itself (see more) — the world’s largest toymaker — has responded to russia’s invasion of ukraine. the company’s response has included the halting of shipments to its stores in russia, and donating $16.5 million in relief efforts through the LEGO foundation. the company has allegedly advised its staff in russia to avoid attending anti-war protests or even engaging in public discourse over the invasion of ukraine, reportedly out of concern for their ‘personal safety.’