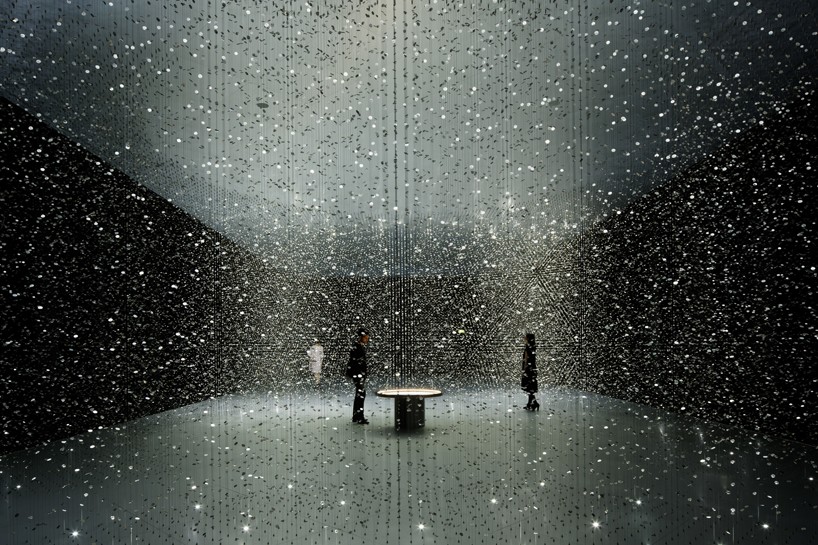 dictating the rhythm of our days, light has always been central to our ability to read and comprehend time. season after season, moon cycle after moon cycle, day after day, humans have measured their existence by utilising the sun’s movements. citizen’s experimental and experiential installation at milan design week 2016 celebrated the relationship between light and time – in the hopes of reminding us that the latter is about a lot more than just a number on a screen.

‘time is TIME’ focused on citizen’s light powered watch eco-drive which combines the latest technology with nature’s elemental forces. citizen teamed up with co-founder of paris-based architecture firm DGT (dorell.gotmeh.tane) tsuyoshi tane – founder of atelier tsuyoshi tane and whose work focuses on urban, architectural and spatial design – to realise the project. tane, who has worked with the company since 2013 on previous exhibitions including ‘light is time’, employed over 120,000 main plates (a part that is the foundation of citizen watches), suspending them in the air to create a glittering veil of light. 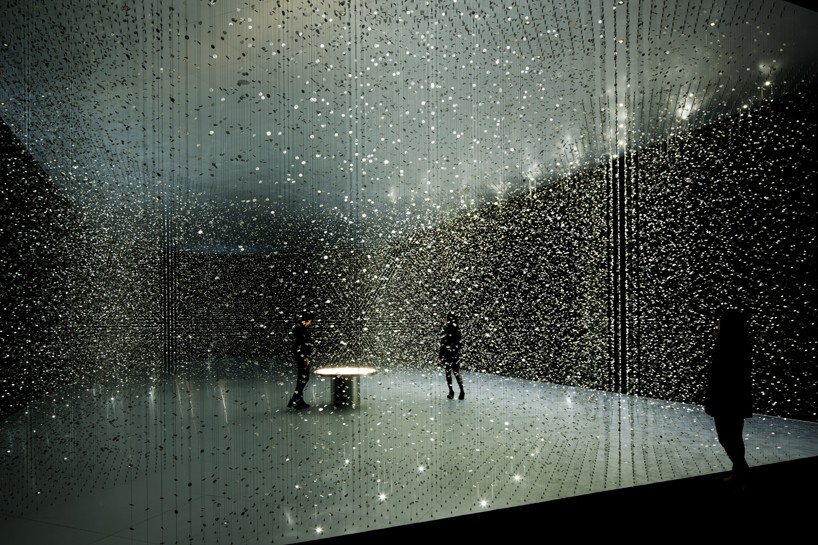 tsuyoshi tane states that; ‘the goal was to show that there is an absolute quality to time. in the universe and on earth, it has a fixed measurement yet every one perceives it differently’ and the aim was to question ‘what is time? time contains many individual moments, including the one we call ‘now’. it is impossible to make time stand still. it always keeps moving. keeps changing. this is an immutable, external truth.’ 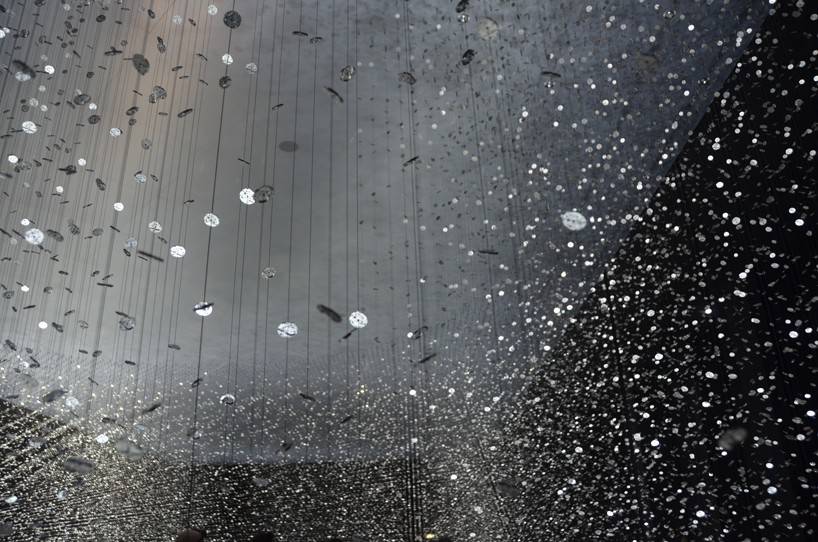 tsuyoshi tane has worked with the company since 2013
image © designboom

yutaka endo, the founder of LUFTZG – recognised for producing unique creations involving music, video and computer technology – was involved in the technical design of the installation. he worked alongside evala – known for recording and releasing electronic music and creating installations, concert performances, festivals and art exhibitions – who directed the sound art. 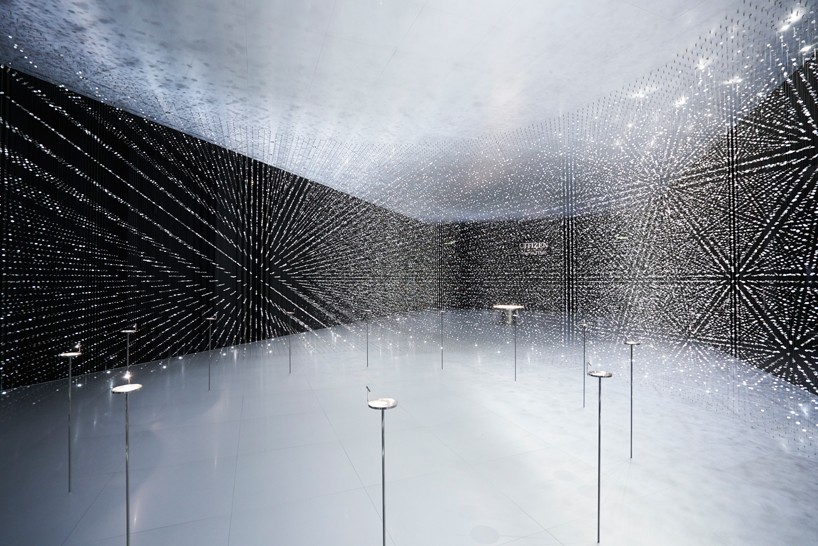 the exhibition consisted of two parts titled A and B with an external space where the eco-watches were displayed. under the theme of ‘time is TIME’ the installation explored the notion of ‘time’ from a variety of angles — how the universe, earth, living creatures, mankind, life and society — are all linked to ‘time’. it also exhibited various forms of ‘time’, that demonstrated different motions through mechanical and electronic movements in these spaces. visitors enjoyed a completely immersive experience, encouraging them to question and ponder on the thought that however separate our lives may seem, we are all equally connected to the same time. 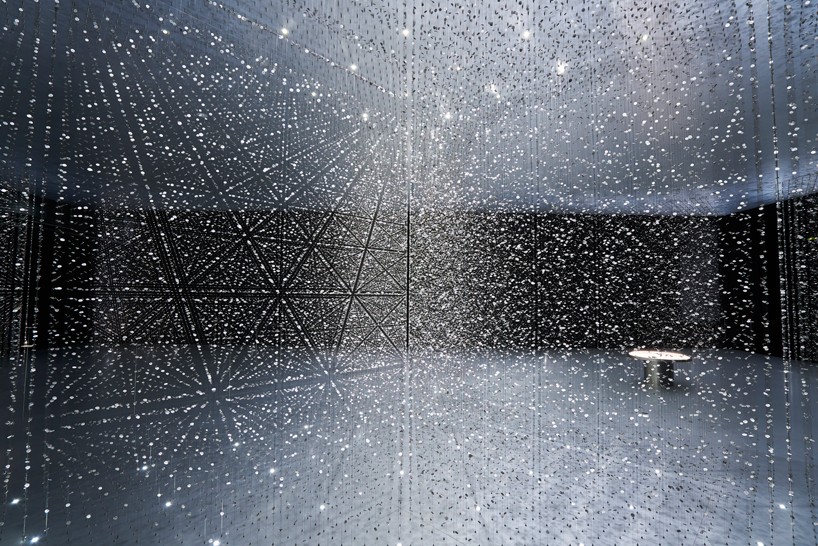 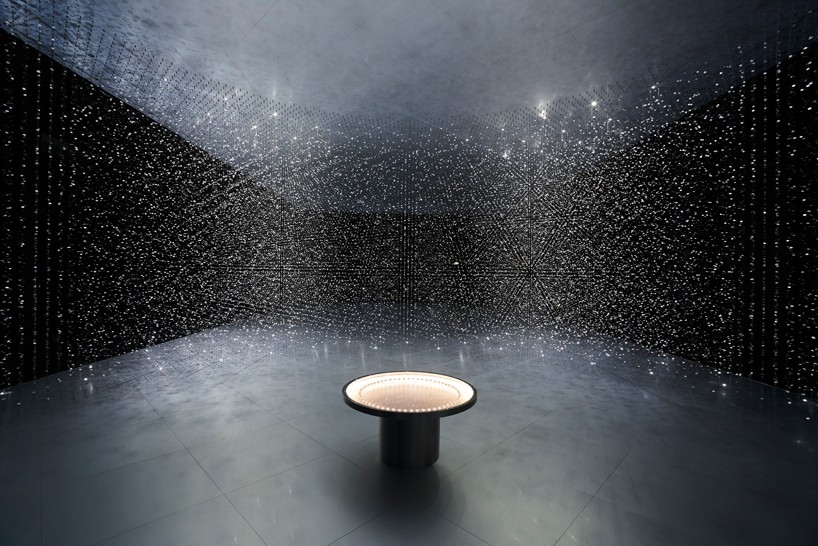 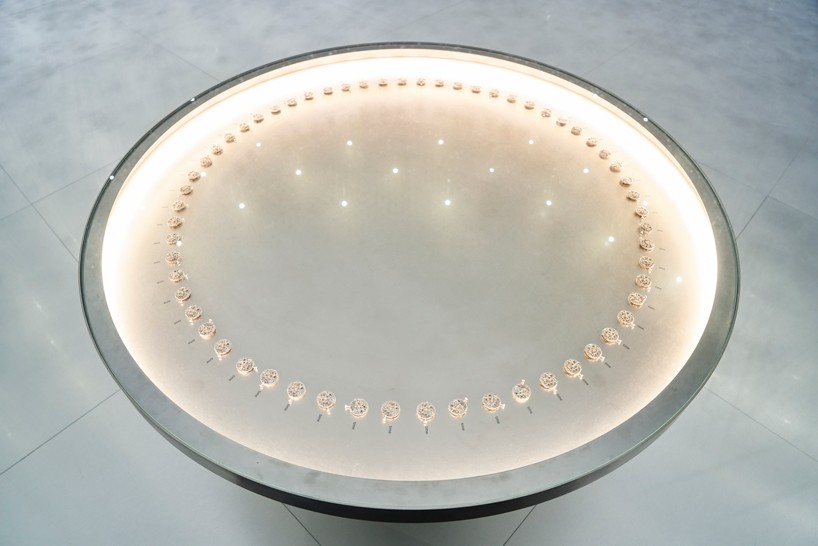 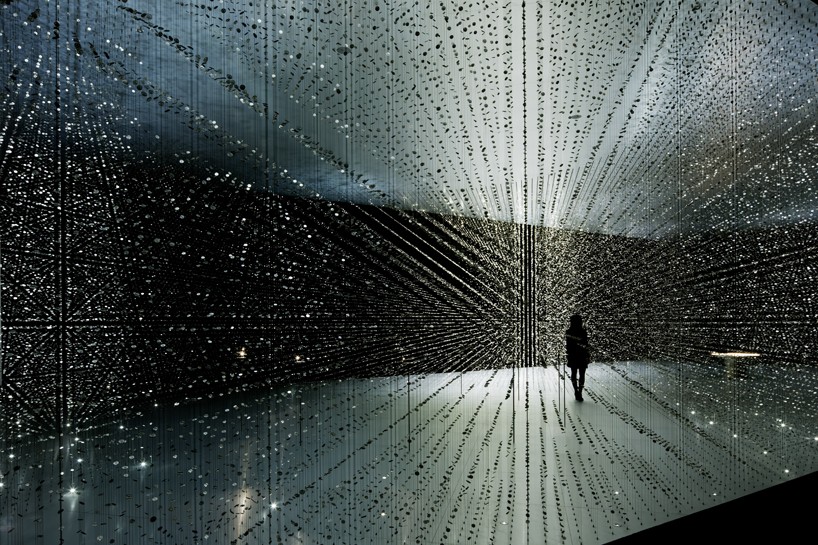 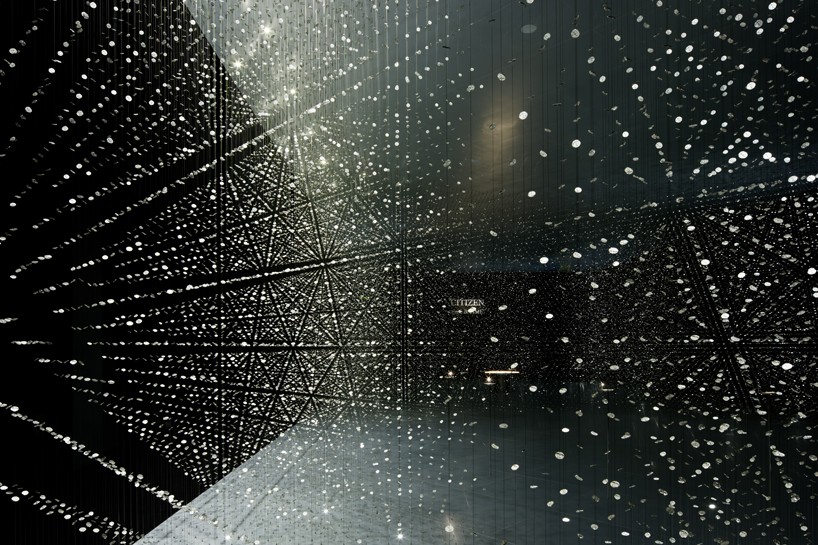 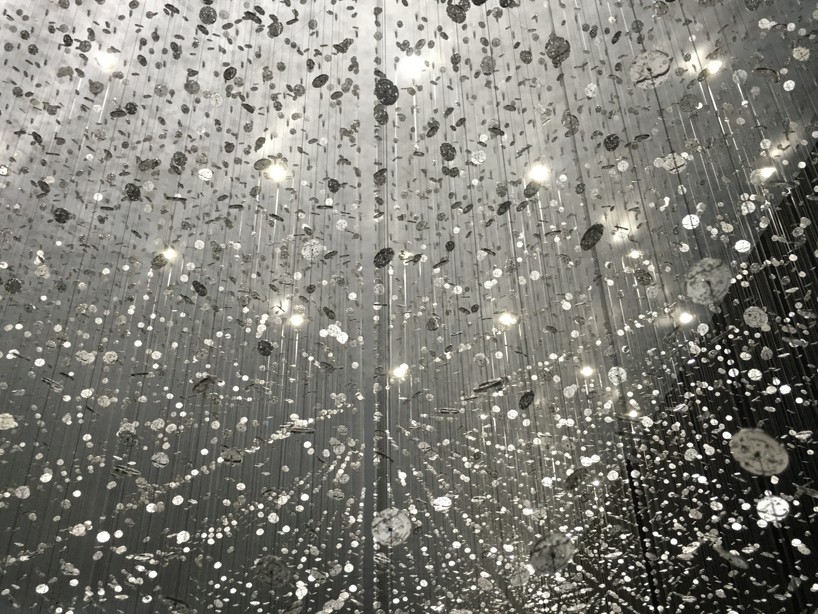 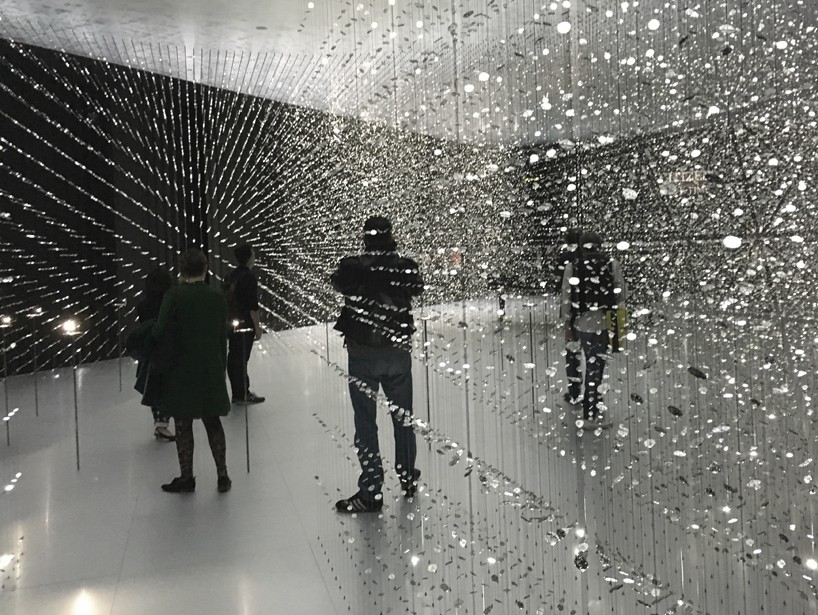 the installation shows that the universe, earth, living creatures, mankind, life and society — are all linked to 'time' 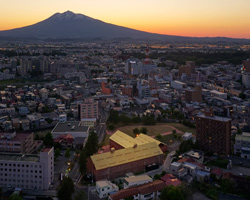 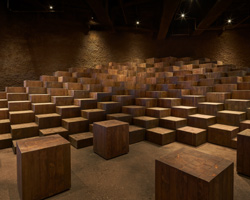 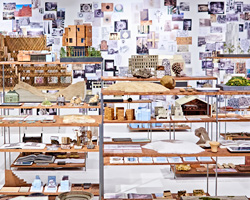 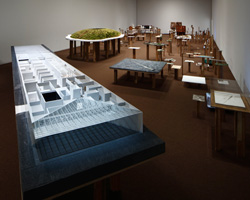 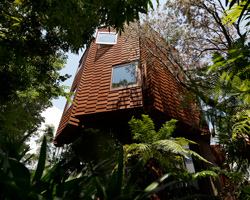 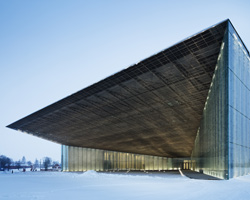 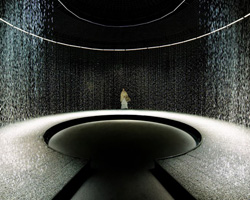 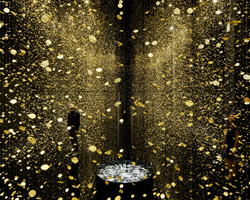 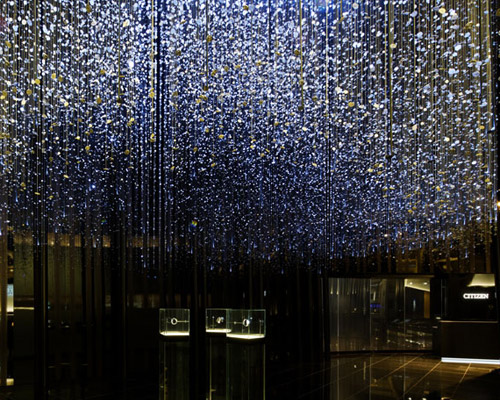 Jan 15, 2021
nissan envisions a work-from-anywhere caravan with a retractable office pod + rooftop deck
a transparent panel on the floor of the office furthers the connection to the outdoors.
design
+1.4K shares
connections: +940

Jan 09, 2021
CLIP is a portable e-motor that turns any bicycle into an e-bike
optimized for the urban commuter, CLIP features a sleek black frame with brushed aluminum side panels.
design
+5.3K shares
connections: +540