‘saitens’ is a minimal two-seat chair developed by young german designer clara schweers. based on a series of three leonardo da vinci sketches. the most influential source, an image of sun rays shining onto a parabolic mirror, translates into the form’s organic quality made using mostly straight sections. 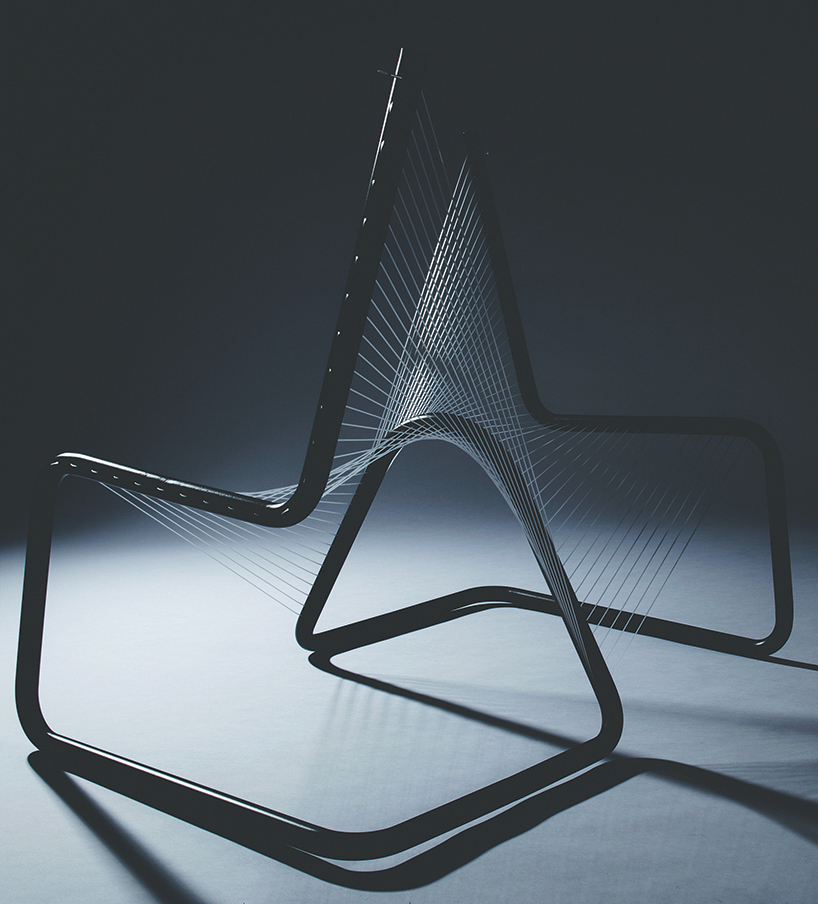 the seat was developed by schweers for university
images © clara schweers

from a conceptual standpoint, ‘saitens’ investigates human communication, be it with a friend, a loved one, or total stranger. two identical seats, designated by a single woven piece of high-strength fishing wire, are positioned in total balance alternate to one another. connection between both sitters is intimate but doesn’t require physical contact, offering a subtle opportunity for communication. ‘saitens’ was designed by clara schweers. 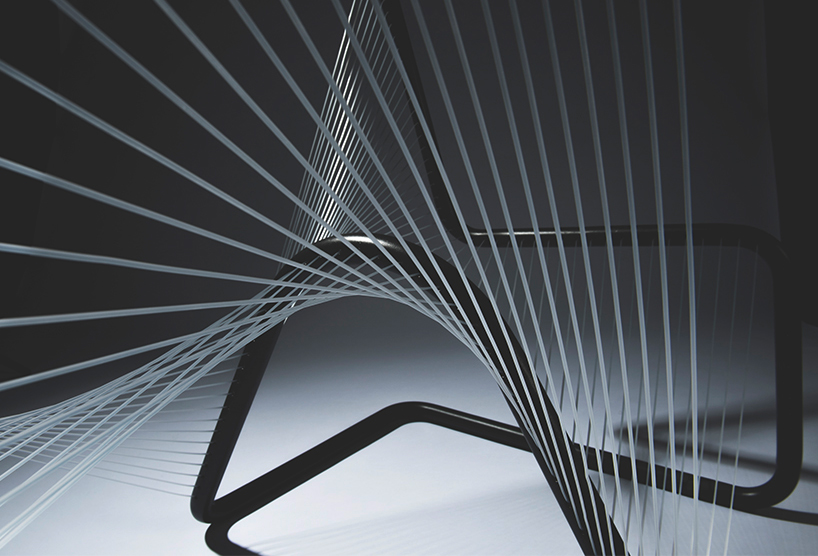 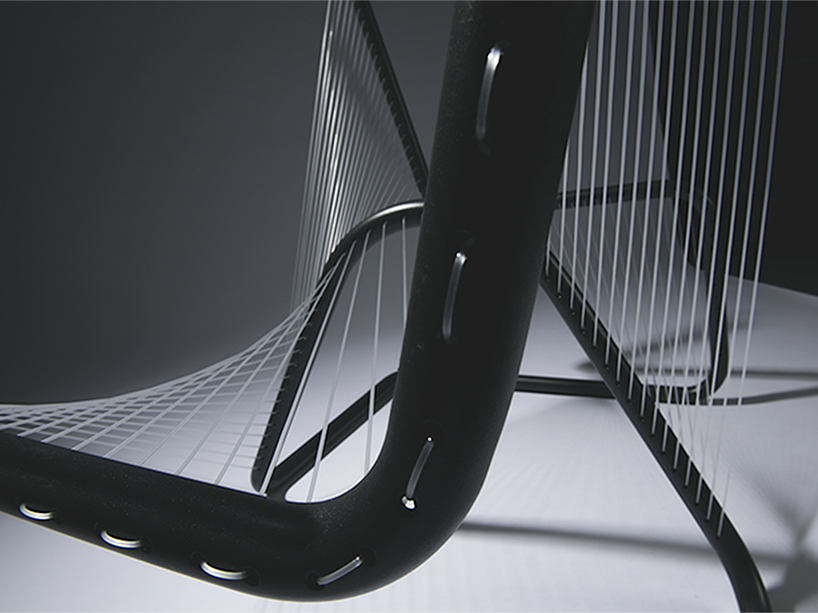 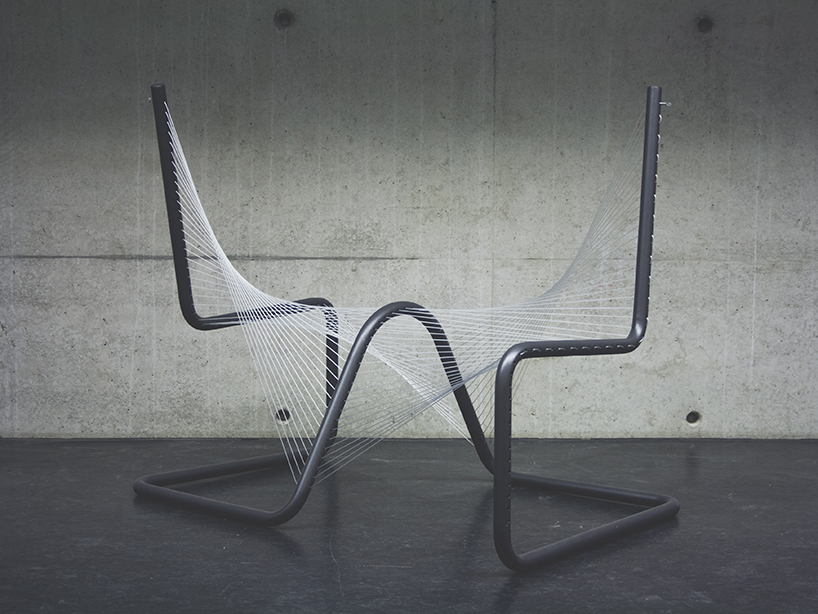 wire weaves through the base, defining two identical seats 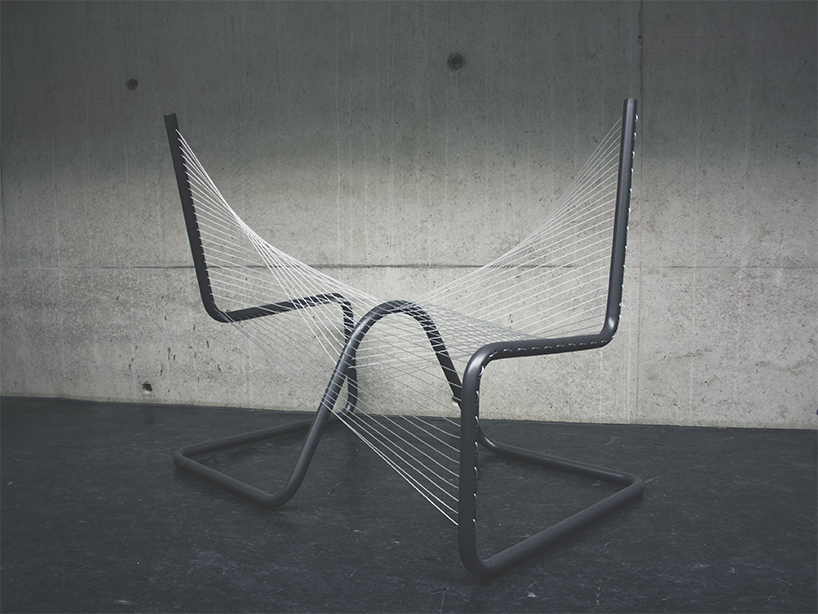 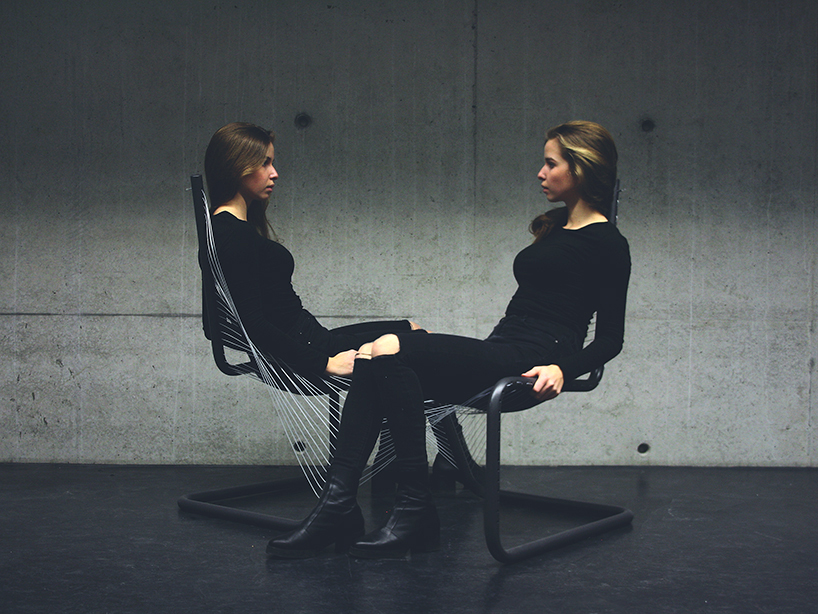 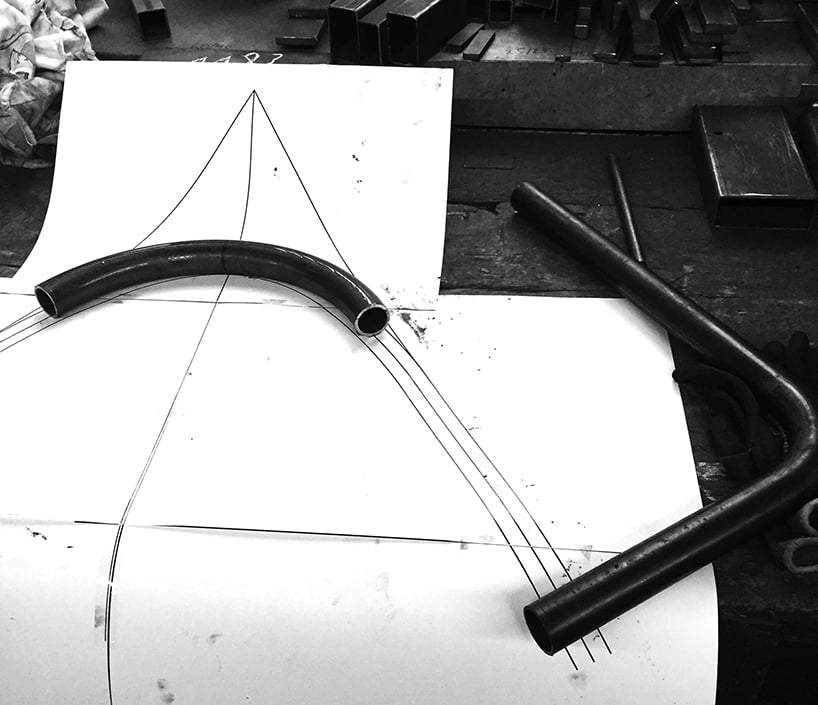 the seat uses a minimal selection of materials 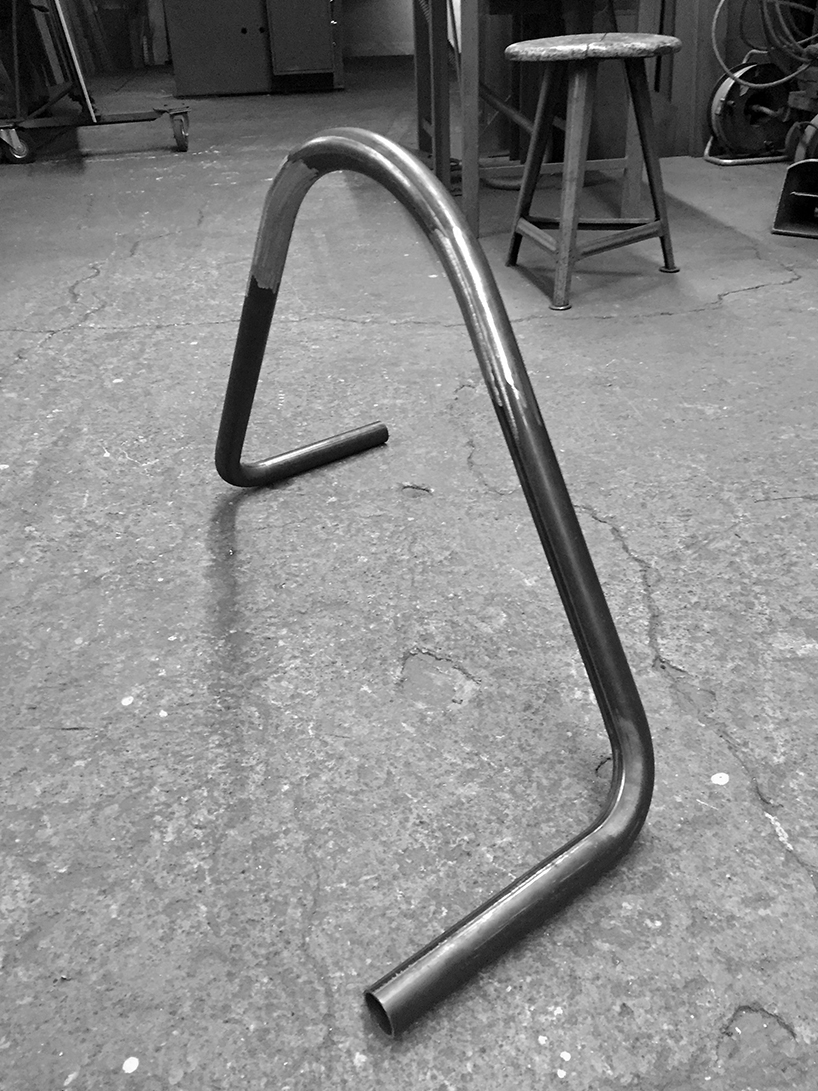 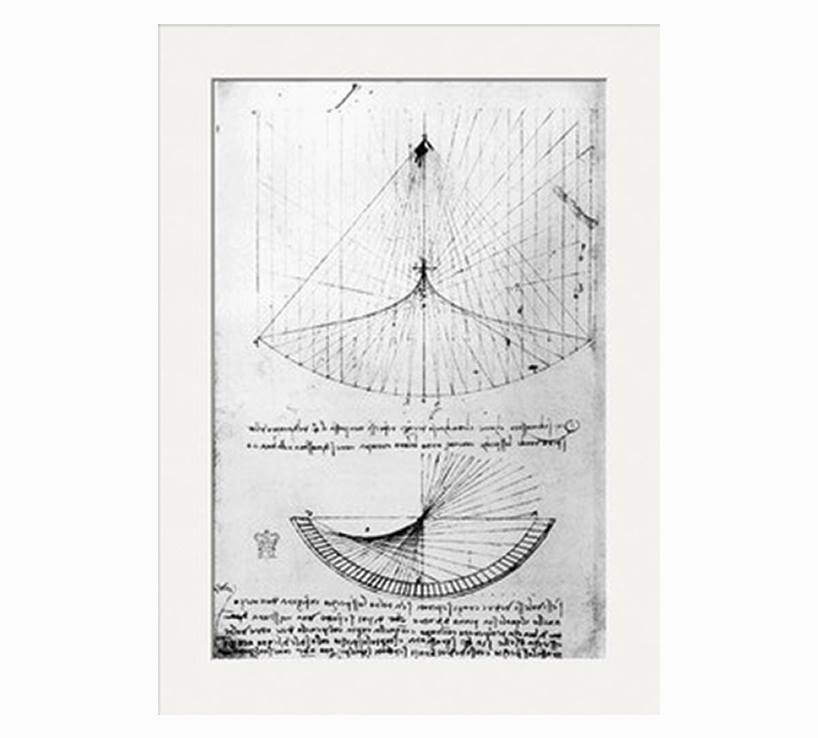 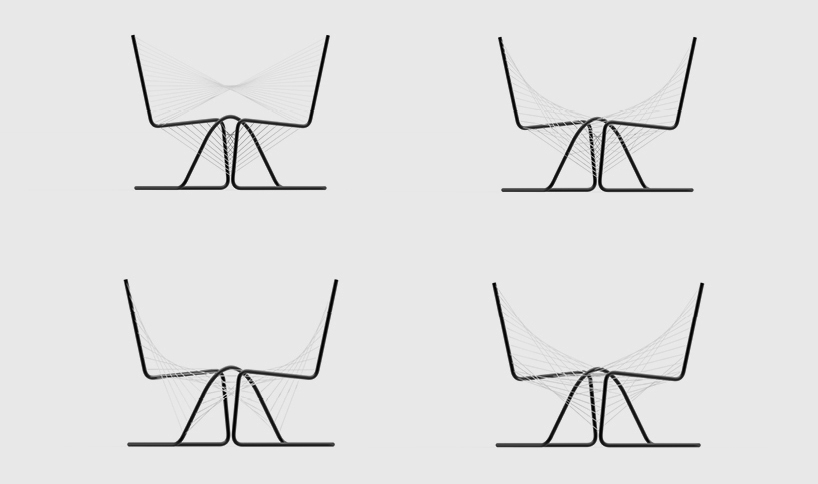 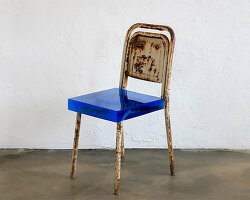 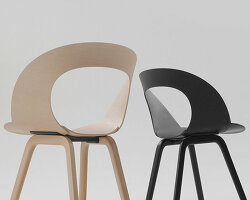 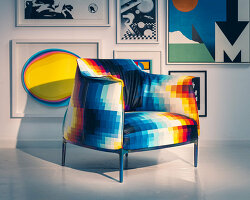