a methodist church in los angeles has transformed its nativity scene into a powerful statement about migrant families that are being separated at the US-mexico border. a photo of the scene that was posted online on saturday (december 9) shows the holy family in cages.

claremont united methodist church, which often uses its nativity scene to highlight societal issues, has previously reflected california’s homelessness crisis. on this occasion, the church has also released a theological statement on the united states’ treatment of refugees. 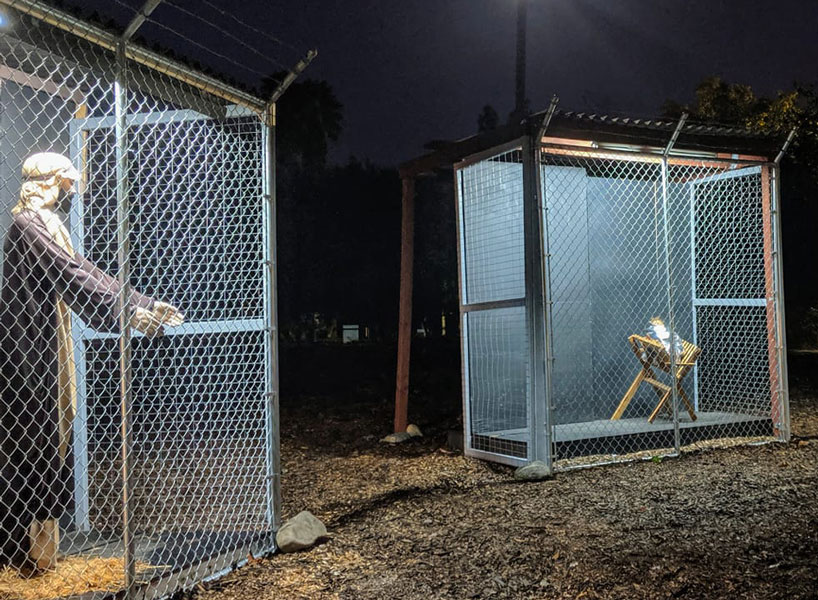 a facebook post by senior minister karen clark ristine encourages onlookers to ‘consider the most well-known refugee family in the world.’ the statement continues: ‘shortly after the birth of jesus, joseph and mary were forced to flee with their young son from nazareth to egypt to escape king herod, a tyrant. they feared persecution and death. what if this family sought refuge in our country today?’

approximately 5,500 migrant children have been separated from their parents by the trump administration according to the american civil liberties union (ACLU) who received a court-ordered accounting of each of the families by the government in october. the accounting shows an additional 1,556 children were separated and approximately 1,000 children have been separated from their parents since the practice was declared over by the trump administration in june 2018.