a brooklyn-based startup has come up with a device that can be easily attached to any bicycle, instantly transforming it into an e-bike.  is a portable e-motor (450W), powered by a 4Ah/36V lithium ion battery, which also doubles up as a bike light, with LED/laser projection lights to keep cyclists safe and seen. 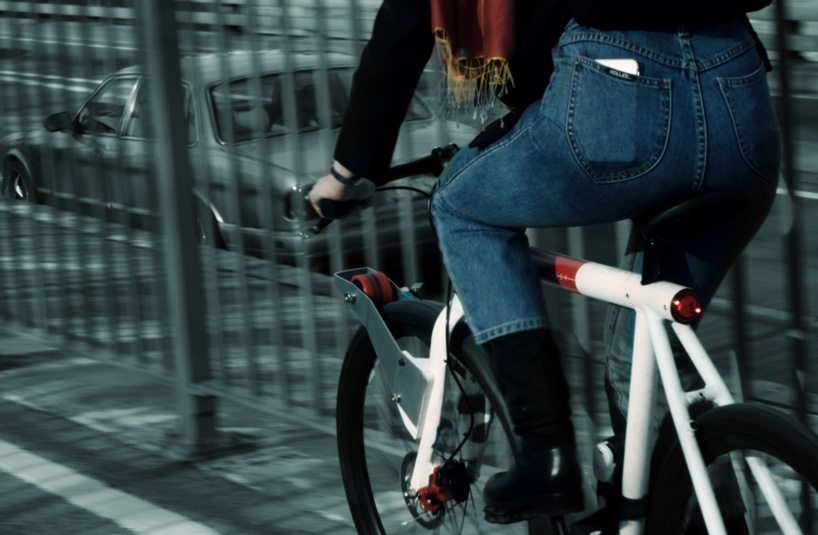 CLIP is designed to make the commute to and from work easier, especially for those facing routes with major inclines:

‘[we] realized that the solution to this problem had to be nuanced and apply to a wide demographic of urban commuters‘, explains somnath ray, co-founder and CEO of CLIP. ‘the solution had to be portable & lightweight so it could be easily detached after every use and taken along so it can’t be stolen, modular and inexpensive so a person who doesn’t own a bike or has a complicated inter-modal commute can bring it along to use it on shared bikes; or just rent it from a vending machine‘. 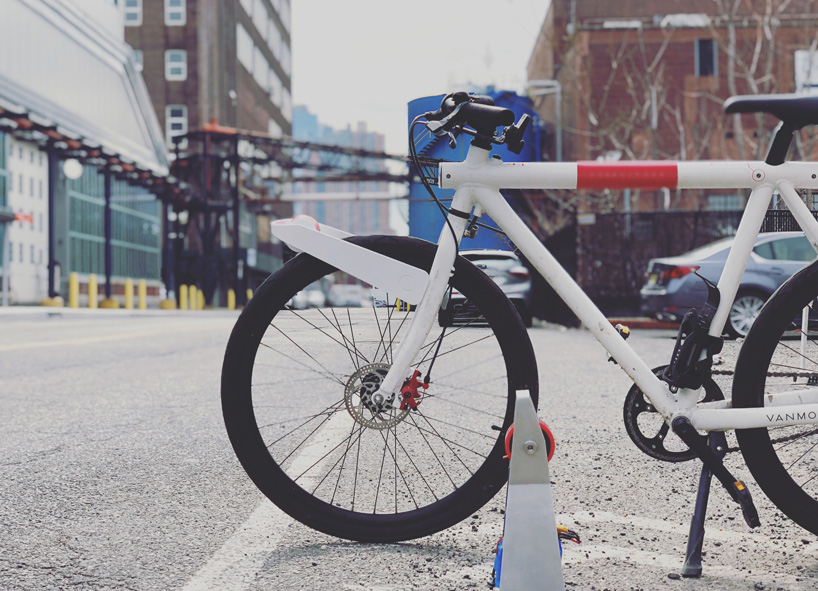 clip attaches to the front fork quickly and easily, without adding too much extra weight. the device weight 3.8lbs (1.7kg) and easily fits into a backpack when not in use. another handy feature includes a partnering app which allows cyclists to connect their device and track their carbon footprint alongside other CLIP users. 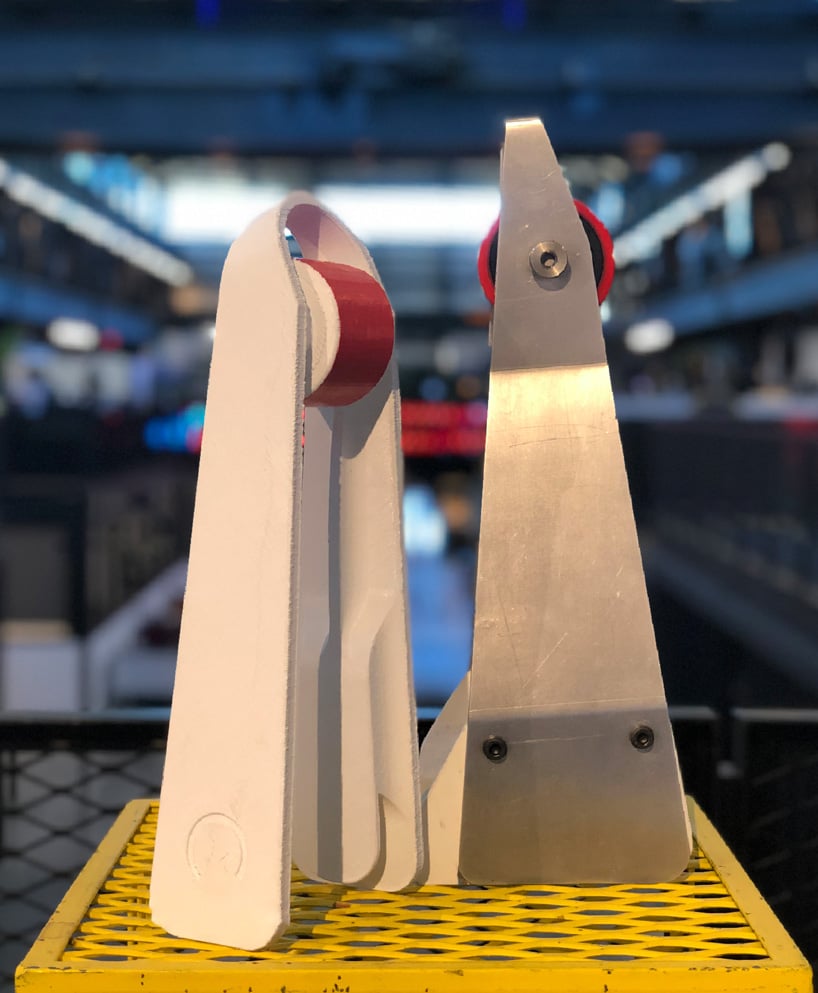 ‘over the next 5 years we want to create easy, affordable and 24/7 access to CLIP for every urban biker via . network of strategically placed vending machines‘, somnath continues. ‘our goal is to transform biking into a technologically updated and mainstream habit worldwide.’

CLIP has exceeded its goal of $10,000 on kickstarter and is currently in the research and development stages having tested an alpha prototype successfully on several bikes.