coca-cola has removed its iconic logo from its packaging and has replaced it with a series of resolutions encouraging people to reflect on 2020 and look ahead to a better 2021. dubbed open to better, the limited-edition campaign was created by amsterdam’s 72andsunny and is already available in stores across the UK. 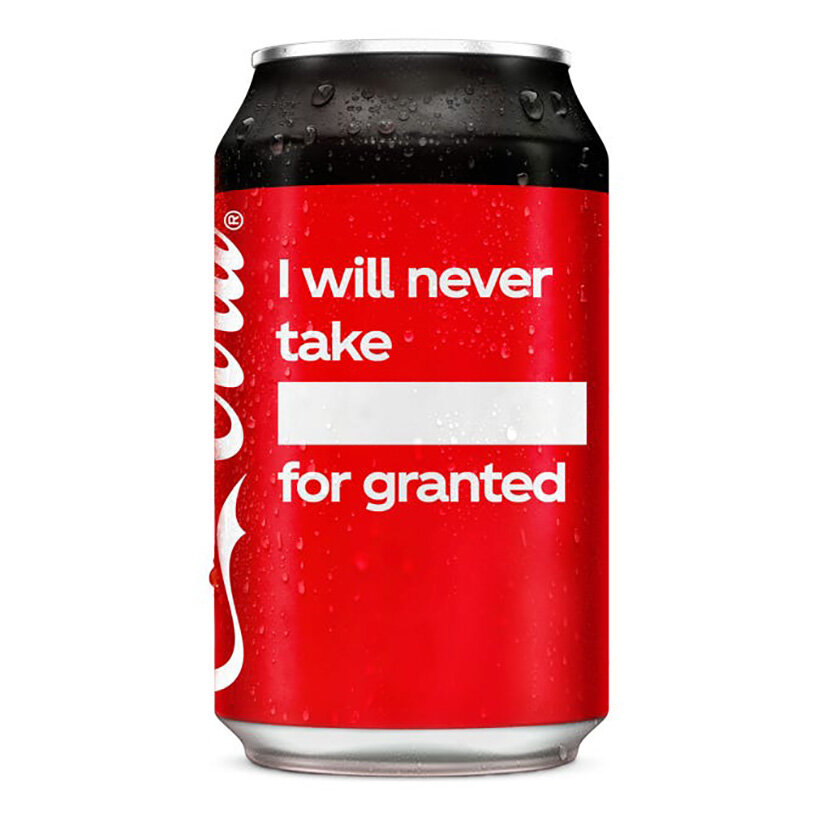 ‘at coca-cola, we see the world through a glass half full lens, and that’s why, despite the challenges we’ve all faced, the new open to better campaign focuses on inspiring hope and optimism in 2021,’ coca-cola marketing manager karen o’shea said. ‘by having positive messages replace the iconic logos and handing over coca-cola cans to consumers to personalize with their own #OpenToBetter pledges, we hope to in some small way help people to feel positive going into the new year and to bring a little fun into our every day lives.’ 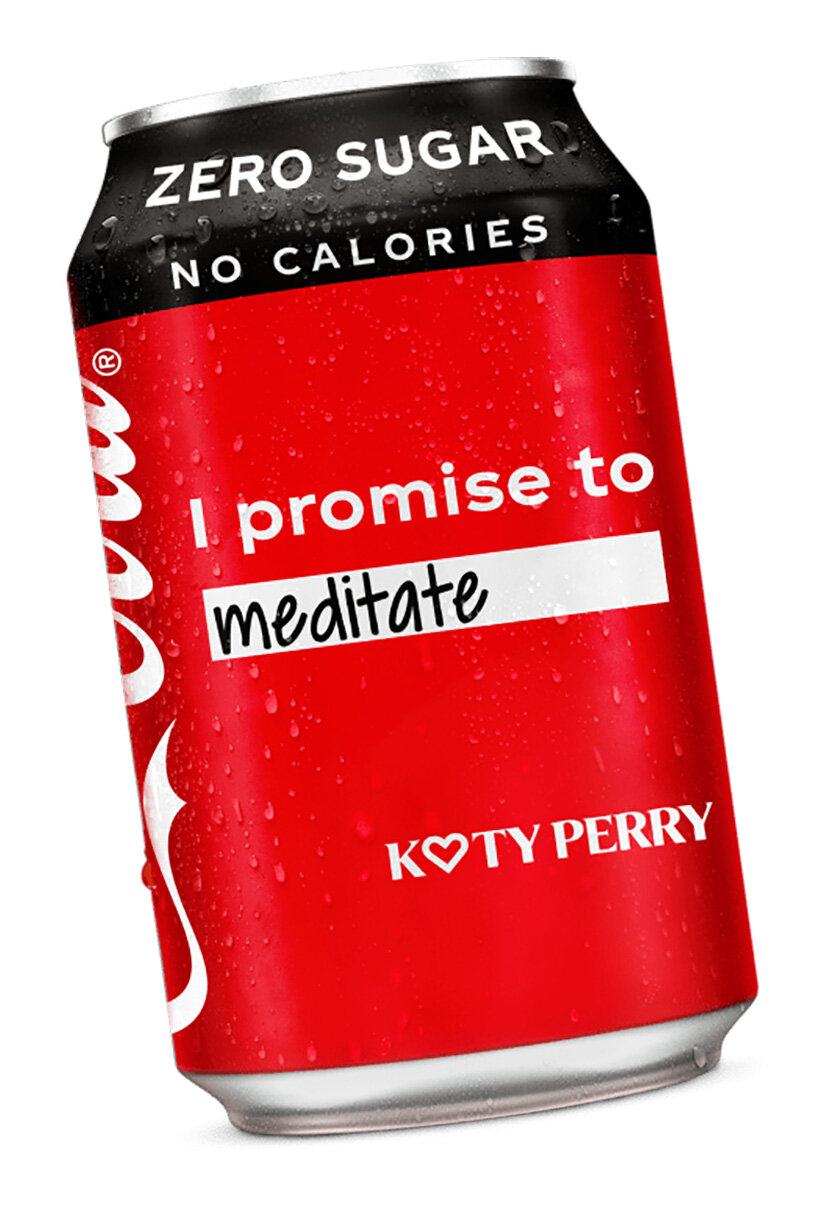 uplifting messages include ‘I promise to smile more just for you’, ‘you’re right, it’s time for me to take more breaks’, and ‘I’m not the best at compliments but I’ll try.’ users can also personalize their own cans with messages on coca-cola’s open to better webpage or buy ones with celebrity’s messages like katy perry’s ‘I promise to meditate’. 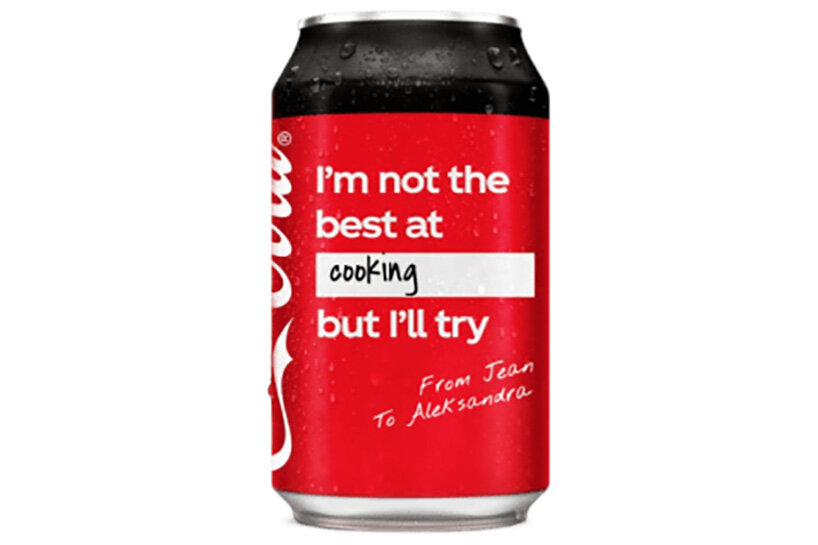