in 1988, simon berry (a british aid worker in africa) made a connection between two facts that would change his life.fact 1: in remote parts of zambia, where families scratched out a subsistence living by farming, many young children died of preventable diseases, such as dehydration from diarrhea.fact 2: in these same rural areas, you could almost always buy coca-cola.

designboom published this initiative back in 2009.

colalife uses the same principles and networks that coca-cola and other commodity producers use, to open up private sector supply chains for simple medicines.

‘the unique thing about the coca-cola distribution system isn’t the bit from the bottler to the wholesaler, but from the wholesalers onwards. that’s where all these independent microenterprises— guys on bicycles, women putting crates on buses, and so on— take over. that’s the bit we want to get into.’simon berry 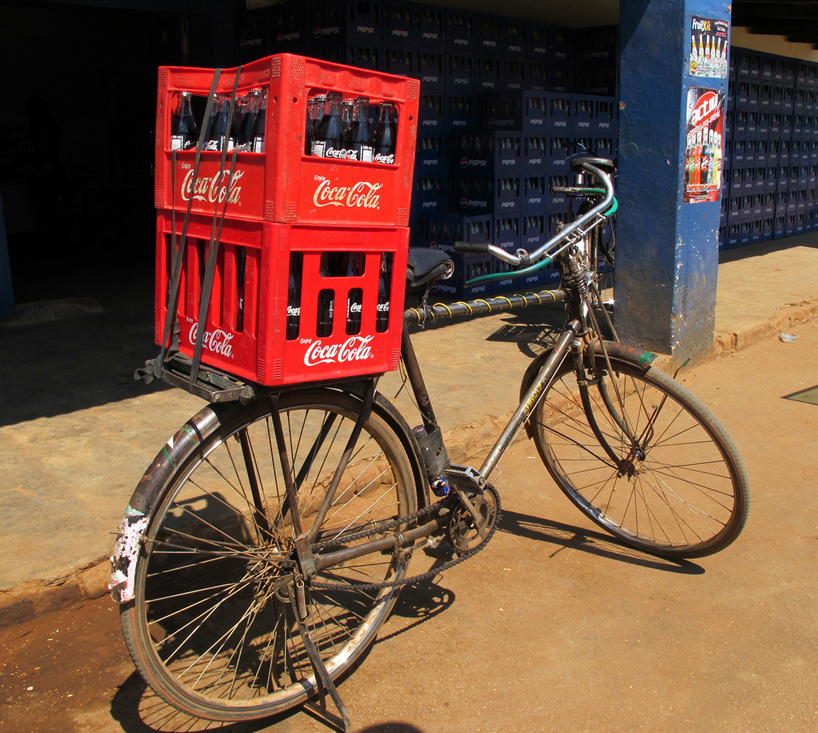 in developing countries, 1 in 8 children die before their fifth birthday and the second biggest killer is diarrhoea. most forms of diarrhoea can be treated simply and cheaply in the home and most communities have a shop. the large majority do not have a well-stocked health centre.at the current rate of improvement in child survival, it will take more than 150 years for child mortality rates in developing countries to match those in europe and the usa today. this is an indication that we need to look for new, innovative approaches like colalife.

initially, berry thought, one bottle of coke could be removed from a crate and replaced with a tube carrying the products, but his wife jane advised to make use of unused space instead, to develop something that could fit snugly between the necks of the coca-cola bottles in a crate. 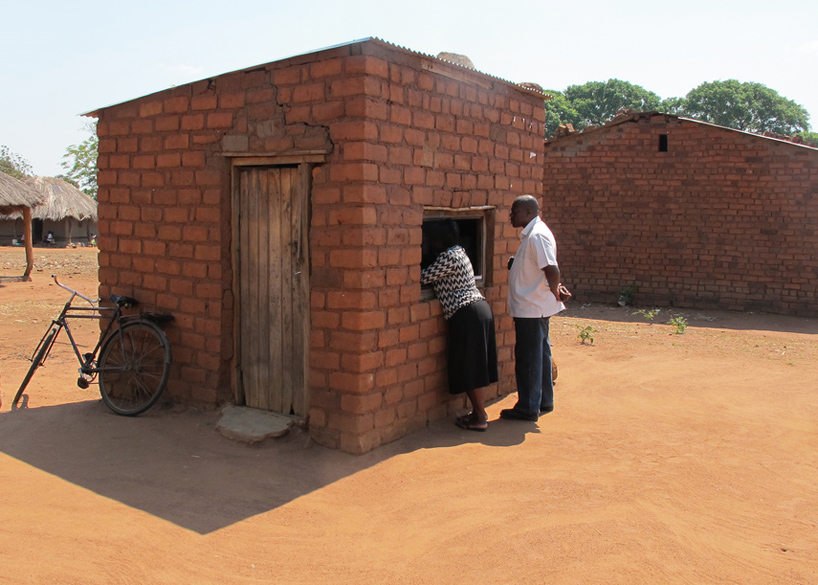 one of the smallest rural retail kiosk-ownersimage © simon berry 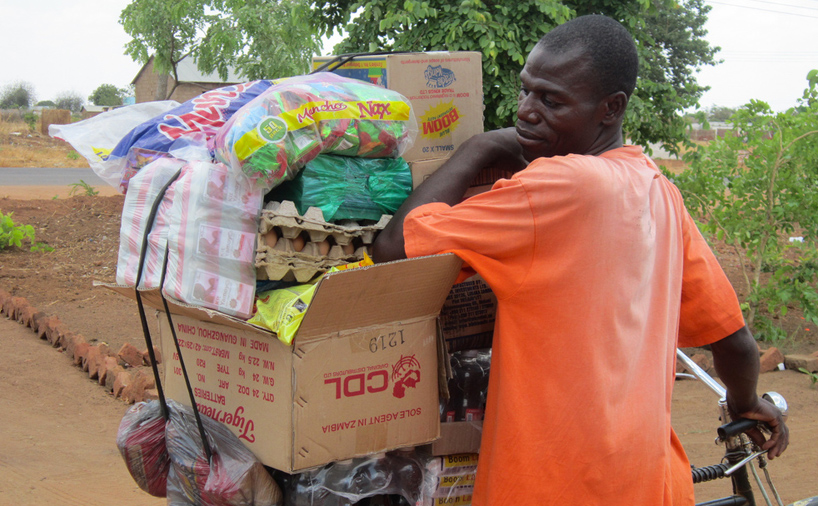 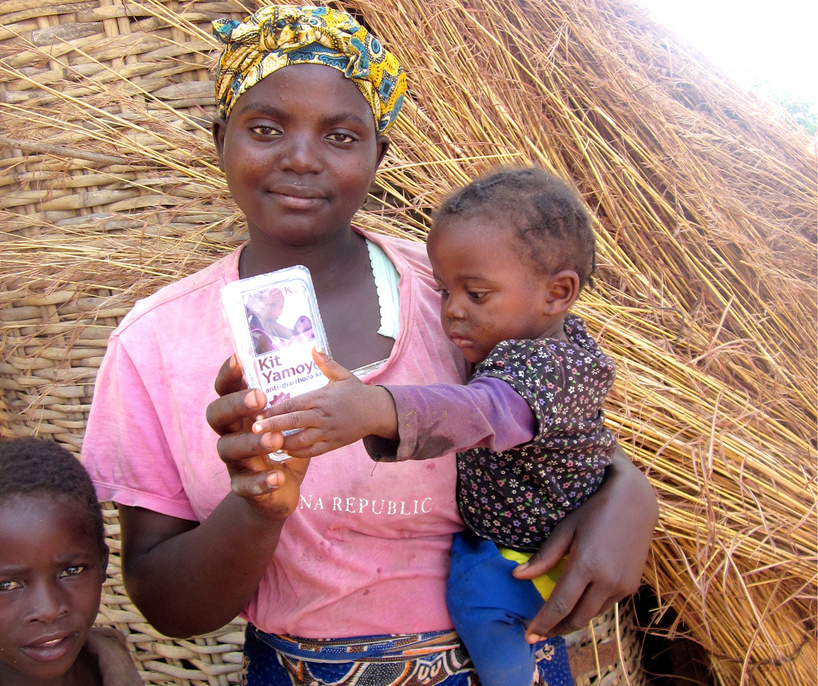 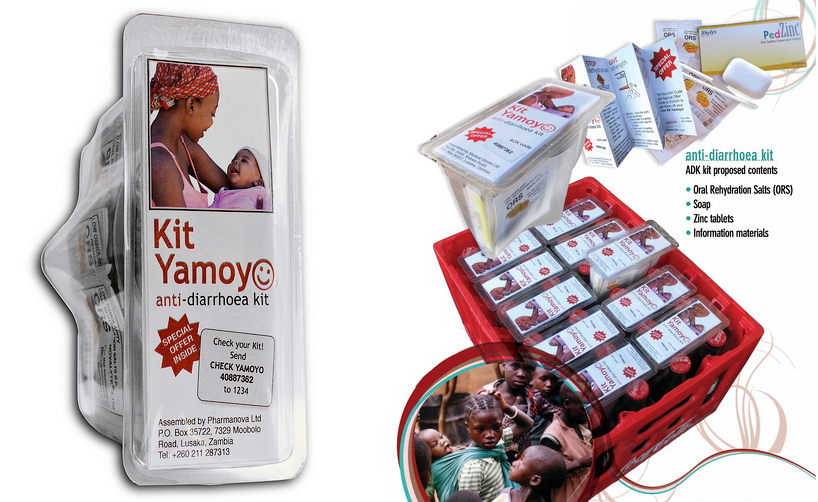 there are several unique features of the yamoyo kit that gives it benefits beyond that of just a robust transportation container. all branding and instructions are in a leaflet slotted into the lid. this means that the plastic remains clear thus rendering it potentially suitable for SODIS (solar water disinfection.)  it is also used as a measuring jug so that the oral rehydration salts are mixed directly into it so the measurements are correct and consequently, most effective.  the first containers were used in zambia offering customers the ability to make up an individual required dose rather than a minimum of one litre of bulk fluid. the lid prevents contamination and allows the mixture to be fully dissolved via shaking whilst also used as a cup. 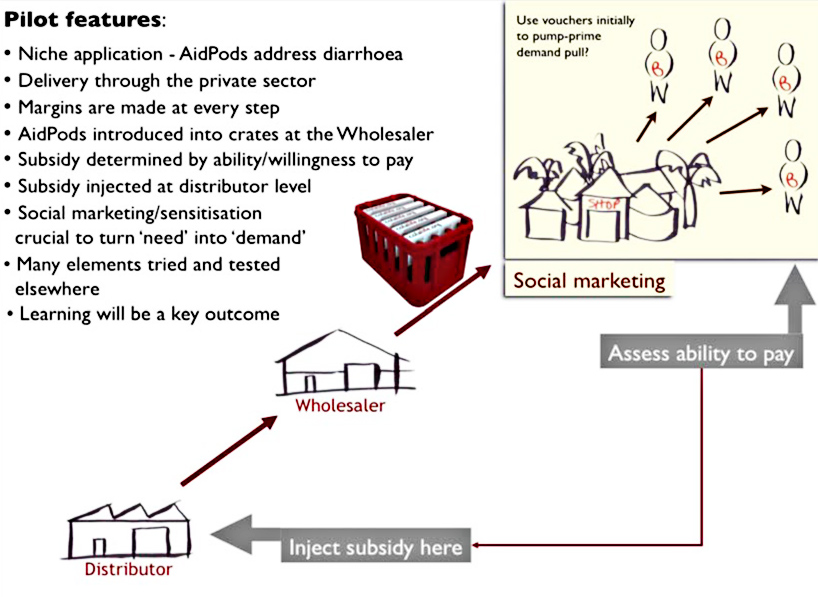 the model if effective, is transferable to other medicines or packs, other distribution chains and countries, and offers potential for rapid scale up

aspects such as localisation, product sizing and packaging, and costing and pricing could produce a variety of sustainable business models where last mile transport costs are eliminated. future projects might also require micro-finance, which will be a point of learning from this project. 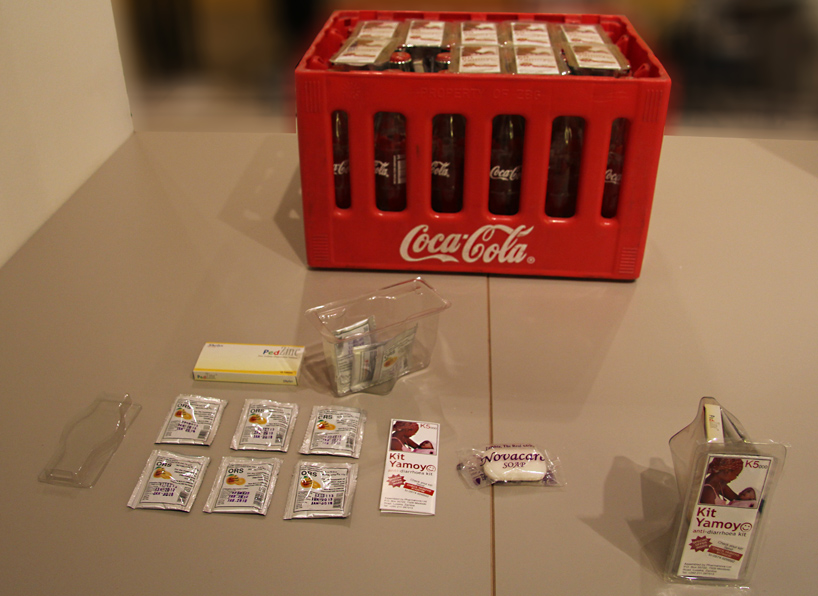 ‘colalife’ is one of 99 nominations of the london design museum’s ‘designs of the year’ award.see the full shortlist on designboom here.

‘where will happiness strike next?’ asks a coca-cola slogan. the question now is: where will colalife strike next?or the latest news, please visit the blog and sign up to the colalife news service. colalife is an independent and purely voluntary movement backed by thousands of supporters form across the world. many have joined the colalife facebook page.

INDEX: design to improve life was created by denmark in 2002, with values and principles focusing on humanism, social understanding and democratic thinking. the nonprofit organization promotes the application of design and processes that improve vital areas of people’s lives worldwide by inspiring, educating and engaging. 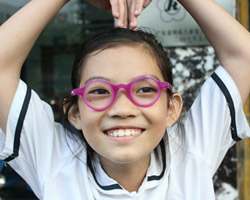 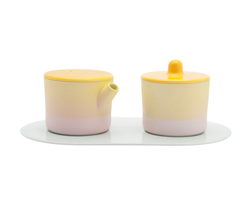 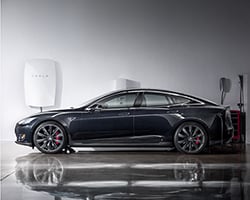 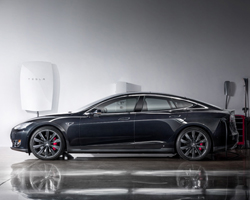 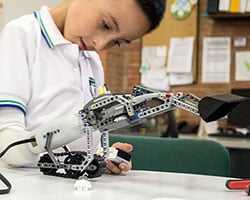