As part of its new brand identity, German leisure airline Condor has unveiled a new original airplane livery with a beach towel-like striped look. The company, which is in the process of reinventing itself, has announced that it will refresh its long-haul fleet by introducing 16 new efficient A330neo aircraft. Ahead of the first A330neo delivery, the company revealed its new striped livery in five different colors. 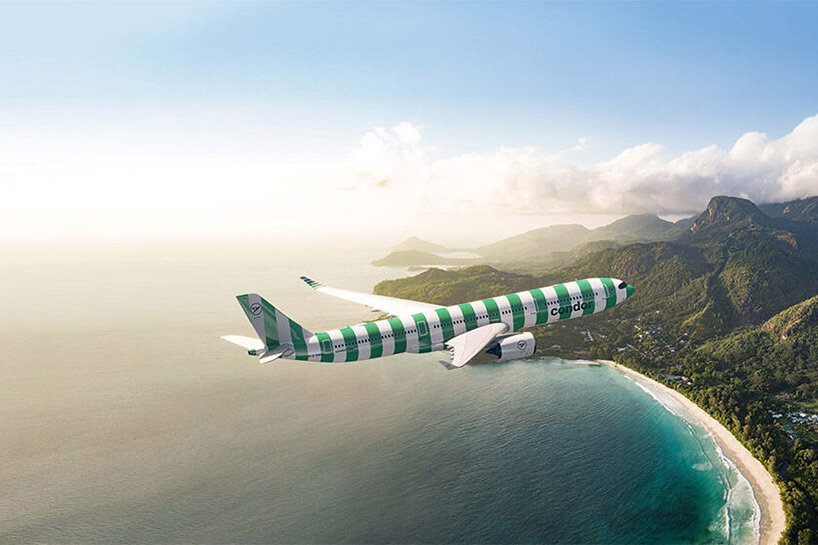 The new livery seeks to emphasize that Condor is a leisure carrier. ‘Vacations are striped, and Condor is vacation.’ the airline shares on its official website. ‘Umbrellas, beach towels, ice cream shops..who doesn’t love them and the stripes will make you smile. (…) In the future our fleet will also be in this new design.  For decades, stripes have had meaning in our way of life. Timeless, elegant, and recognizable – just like us.’

Initially, Condor’s aircraft will carry five colors in a striped look: yellow, red, blue, green, and beige. This variety of colors represents the facets of the diversity of Condor’s guests, employees, and the multitude of opportunities to discover the world with Condor. Each color also has its own symbolic meaning, with yellow standing for sunshine, red for passion, blue for the sea, and beige for the beach. ‘Our new trademark are stripes, our figurative mark stands for our origin and the colors for diversity. This triad is new, what remains is our passion. It has always made Condor unique and is therefore also reflected in our claim: Passion is our compass.’ Ralf Teckentrup, CEO of Condor, notes.

The crew uniforms and accessories (neckerchiefs, ties, and pins) will sport the new design too, which will also make its way on to the airports, as well as on the airline’s website, and social media. What’s more, many items on board will be replaced, such as cups, blankets, and cutlery, along with materials on the ground such as boarding passes, ID cards, and airport signage. 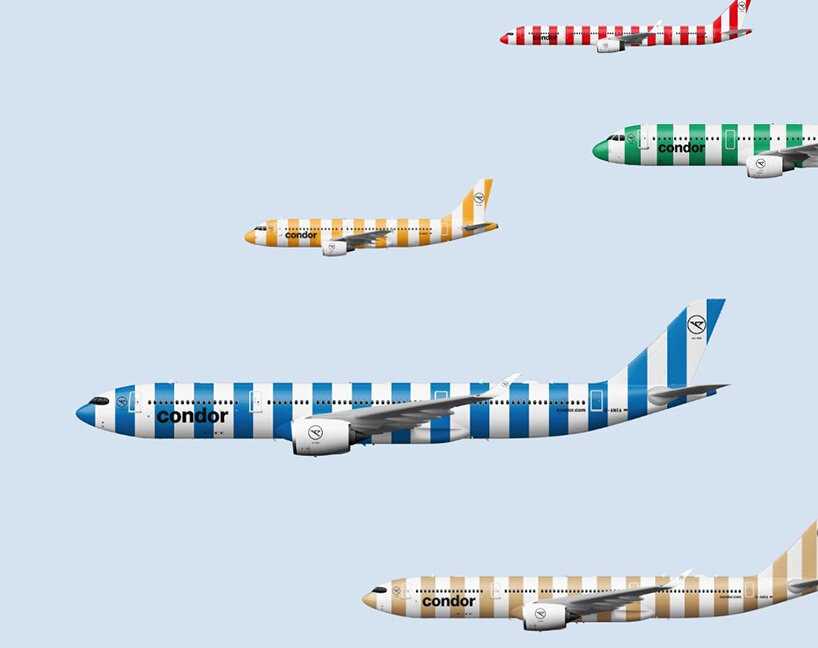 The new design was unveiled in Toulouse with the first A330neo, which will take off for Condor in the fall. The first 2-liter aircraft will be impossible to miss, as it will be cutting through the skies with its eye-catching green stripes. It’s expected that 80% of Condor’s fleet will be repainted with the new livery by 2024, with aircraft getting the new livery at the same time that they need to be repainted anyway. 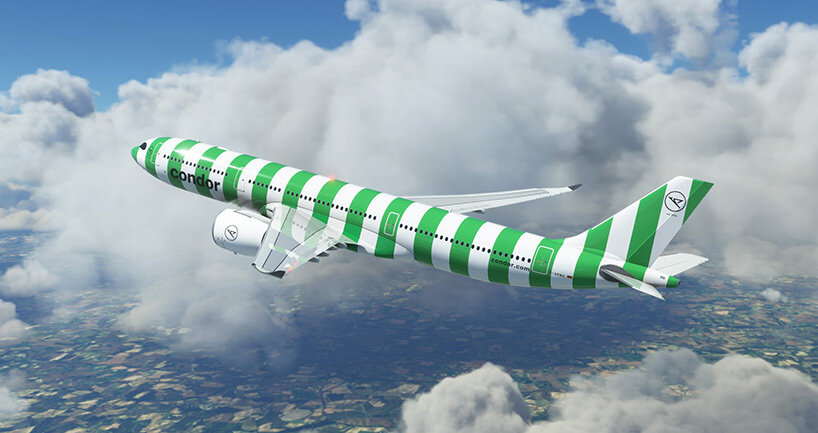 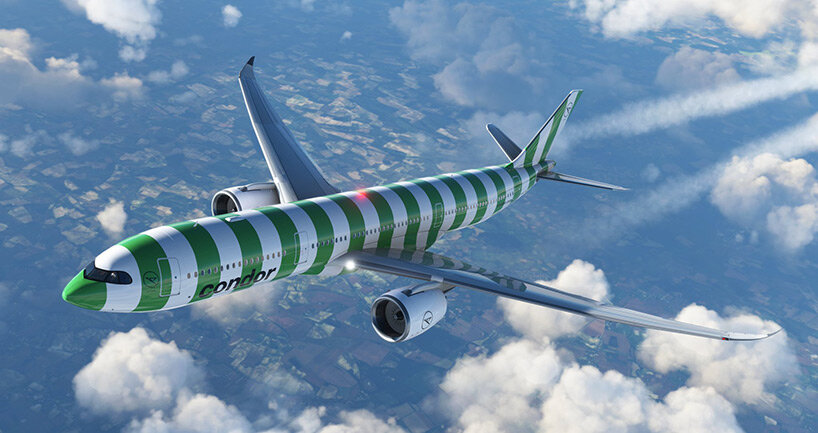 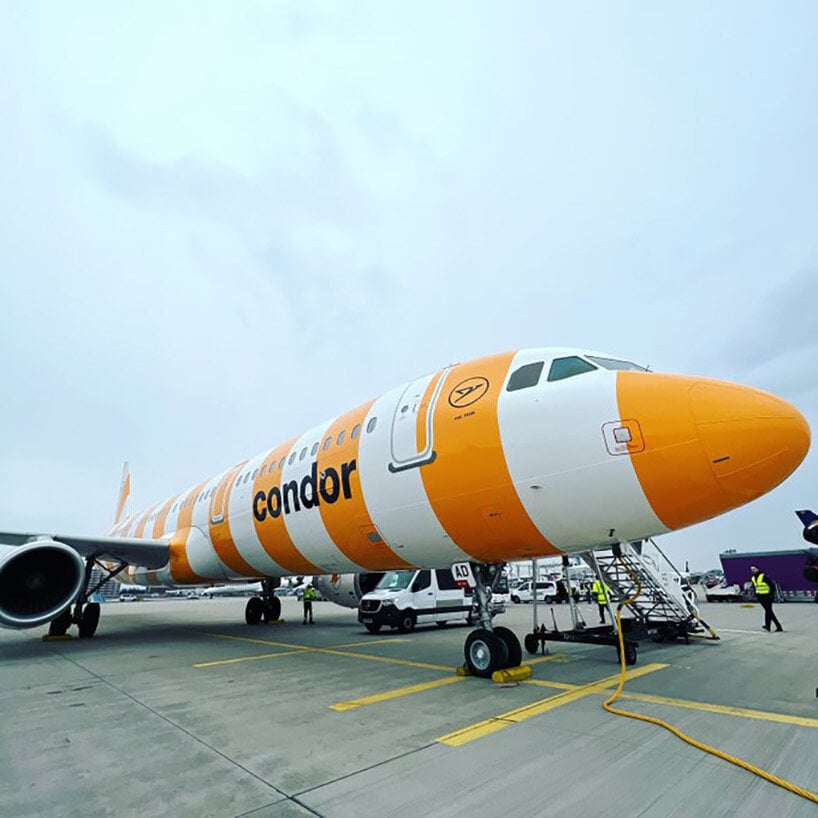 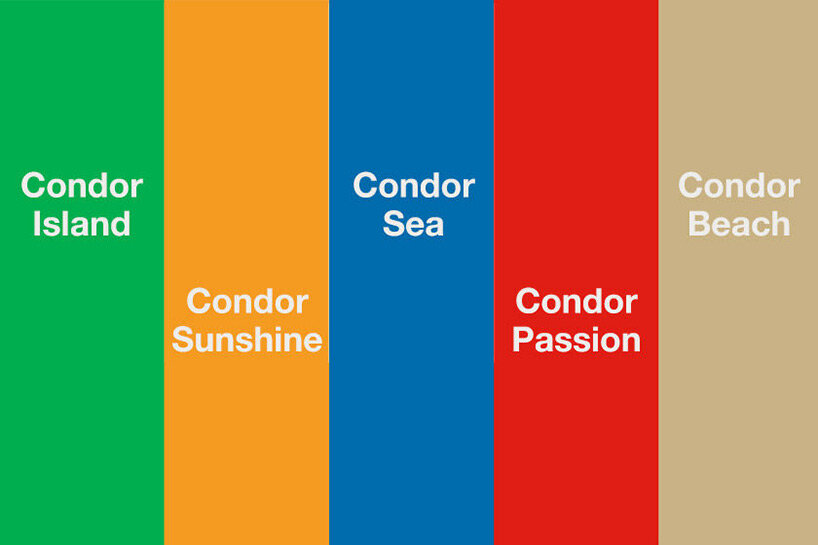