brazilian designers superlimão studio, nada se leva, camila sarpi, thomaz bondioli and diana albuquerque were invited by contain[it] to design an exclusive line of furniture and lamps made out of discarded shipping containers for são paulo’s design weekend. understanding that approximately twenty million vessels left at sea ports around the world, the objective was to transform these objects  into commercial and residential structures through advanced technology and design. the process generated a diversity of cost effective pieces for the international market. 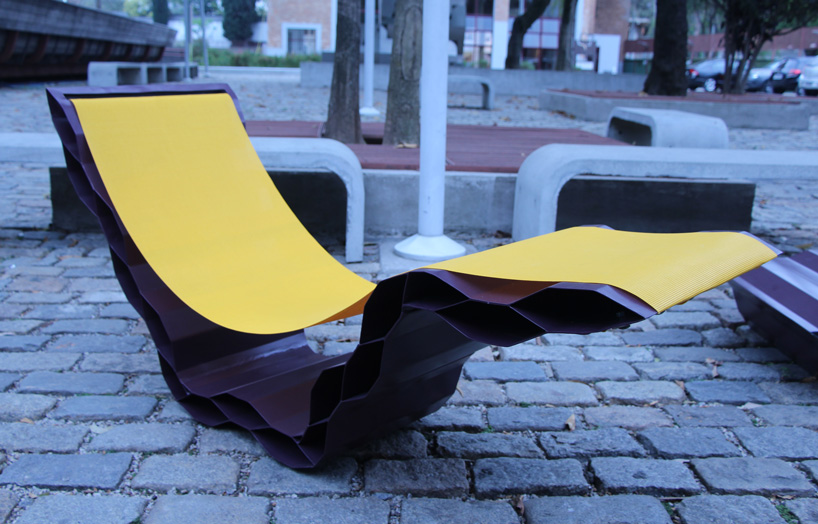 diana albuquerque of são paulo-based firm tree architecture has designed three pieces for the contain[it] exhibition. the first, a lounge which chair takes the exterior structure of the container and molds it into an organic form. the fabric is draped onto the item to create an opposing dichotomy against the hard edges and flowing textile. the ergonomic design provides a comfortable frame for the relax individual. 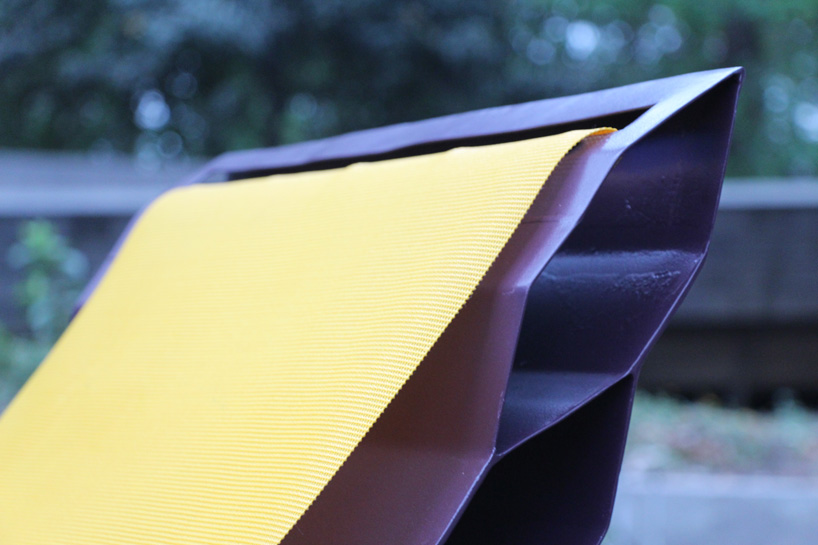 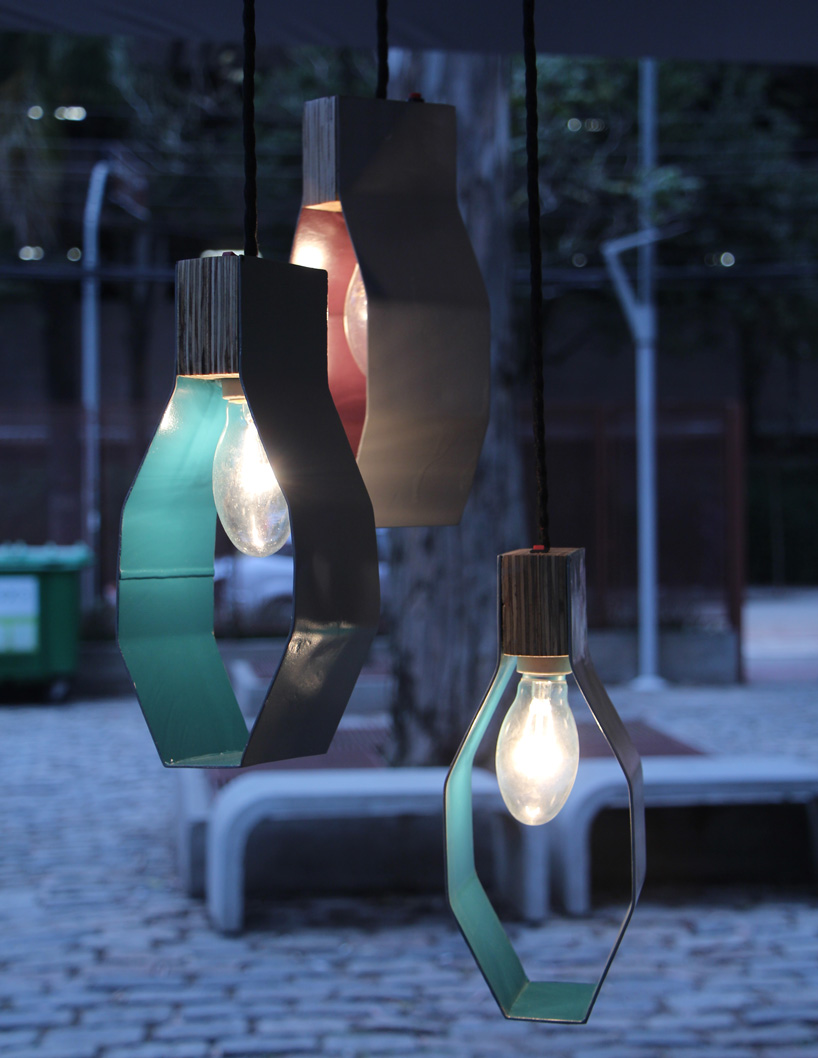 the second, is a series of pendant lamps which are welded together to resemble a raindrop. the exposed light bulb is fixed to a wooden frame which can be hung at different levels. the pieces are highlighted with accent colors on the interior of the trim to provide a illuminated droplet. the third, is a table light which is made of similar materials to the previous item. vintage switches are adhered to the metal shape with a hole cut out to allow the bulb to peek through. all furniture objects take into consideration the cost of manufacturing and point of sale purchasing. 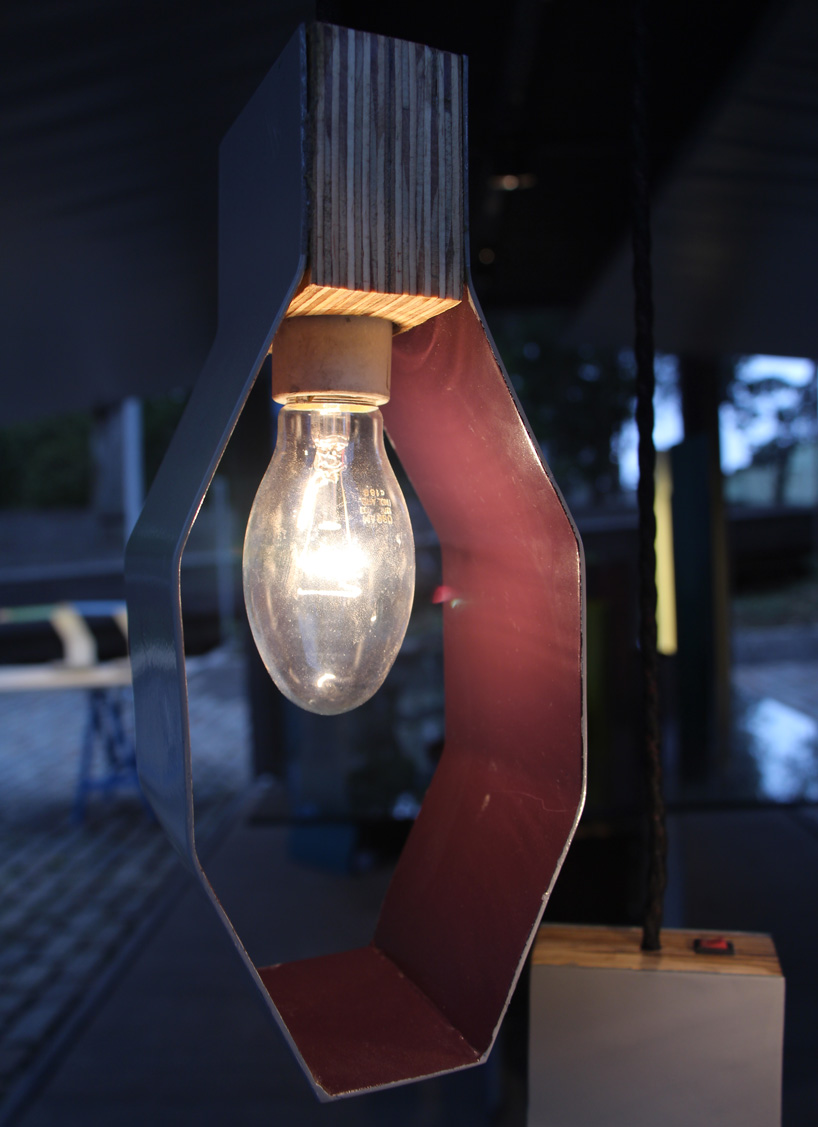 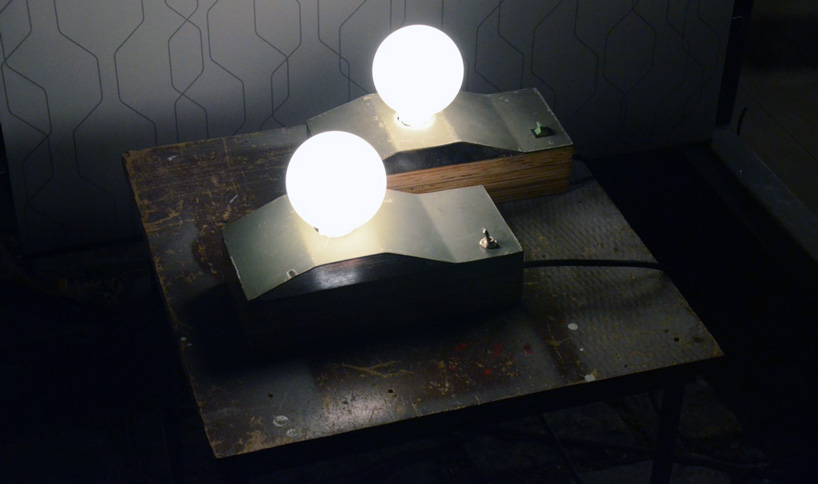 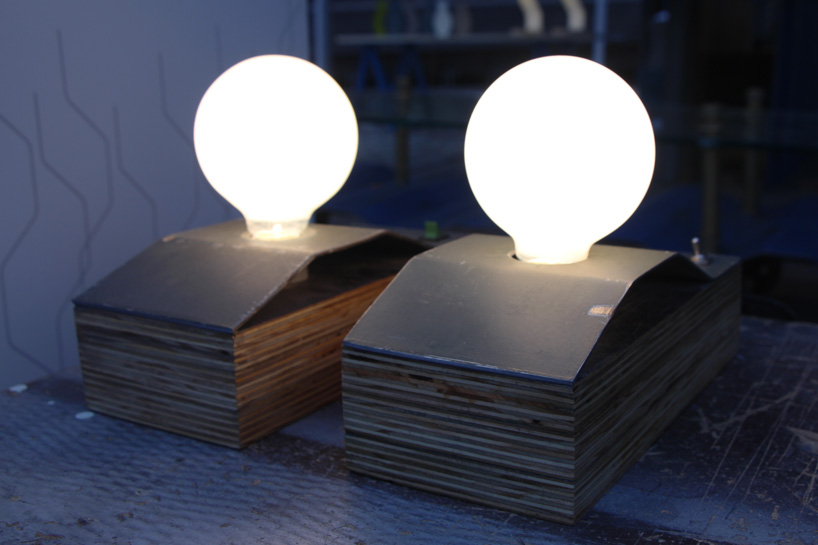 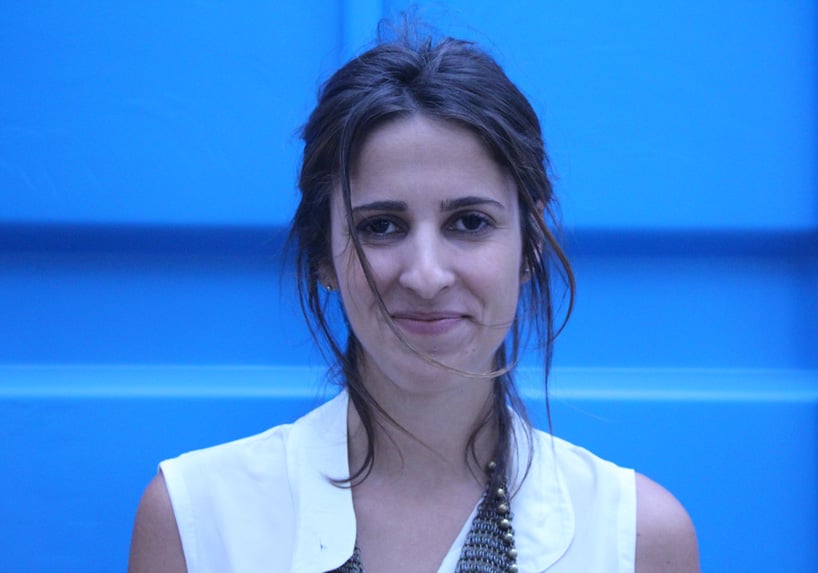 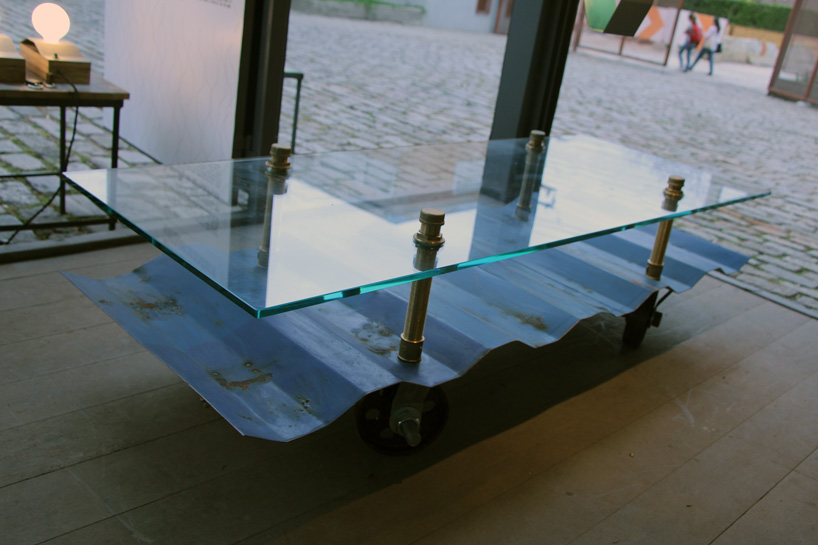 são paulo-based studio nada se leva (andre bastos and guilherme elite ribeiro) has developed two pieces for the exhibition, a dining table and coffee table. the items are constructed out of materials found in the containers as well as the skin itself. the rough and untreated surfaces are left exposed to create a sense of nostalgia. while, the glass tops allow the user a view the construction of the interior structure. 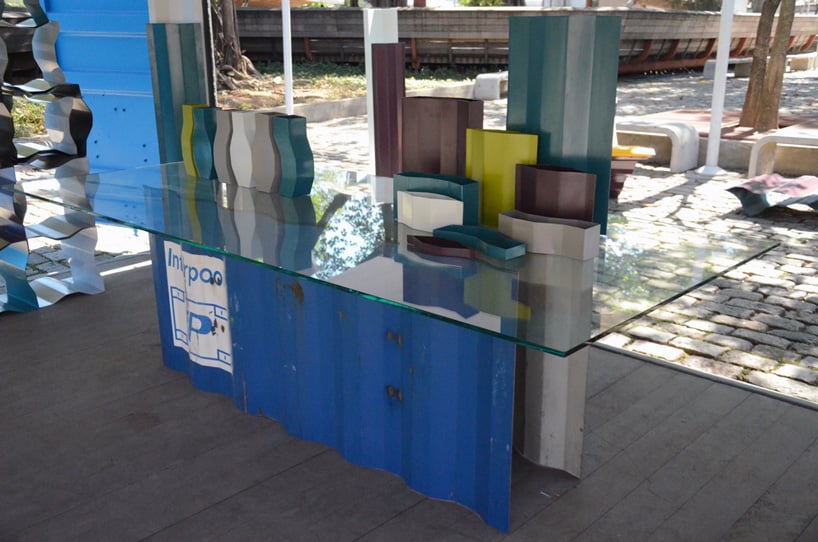 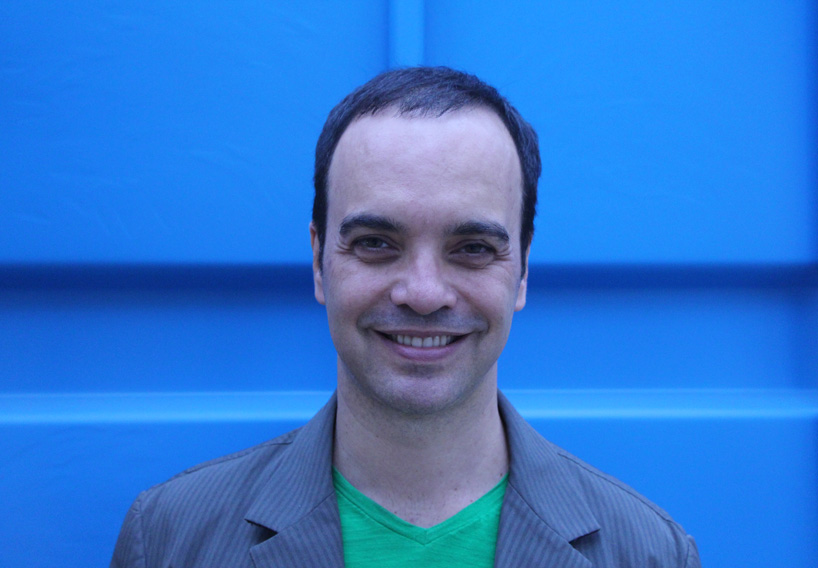 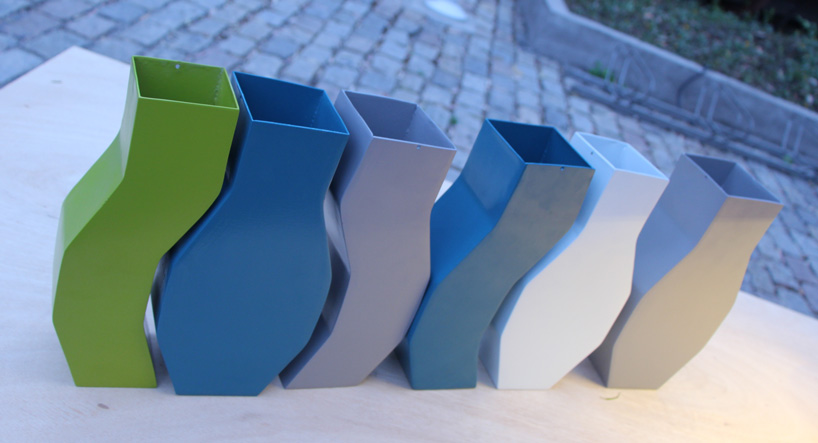 jewellery designer camila sarpi has developed a series of decorative objects for the home. the pieces were made to fit into each other allowing them to nest into each others nooks. they consist of horizontal containers and vertical vases which are composed of classic lines. this timeless quality gives the pieces an individual identity and colorful personality. 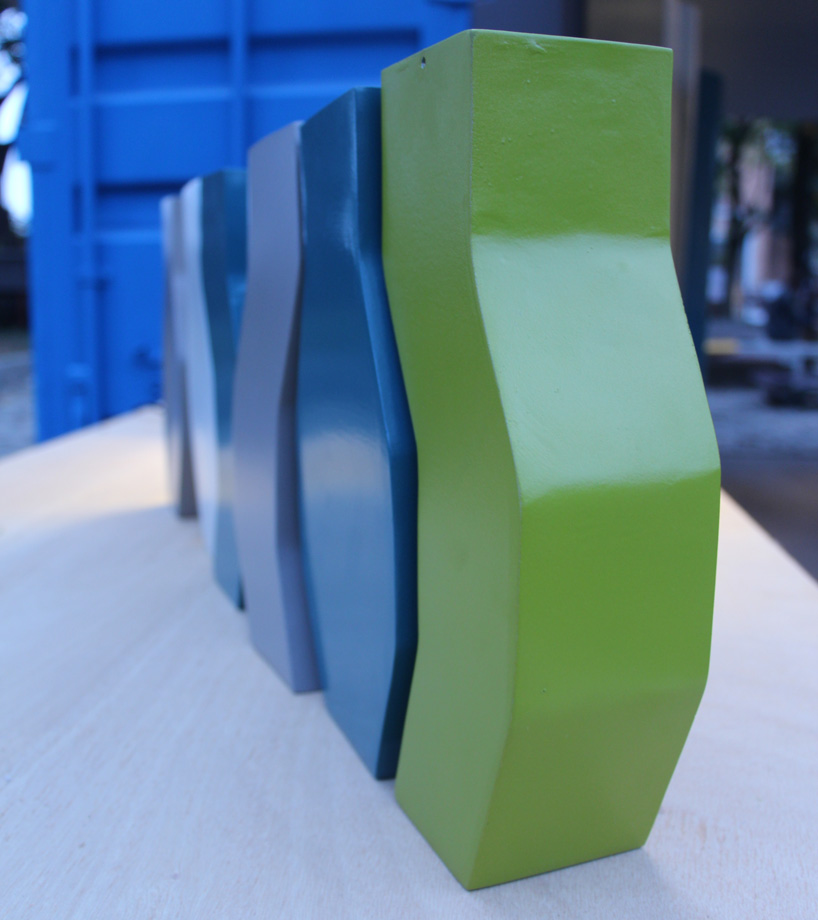 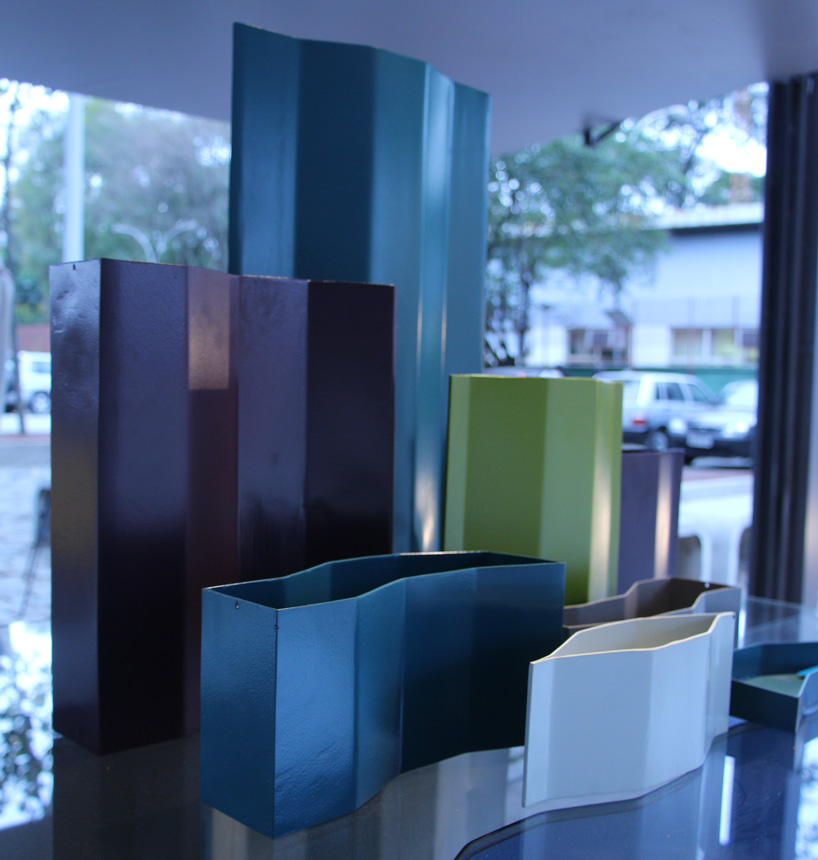 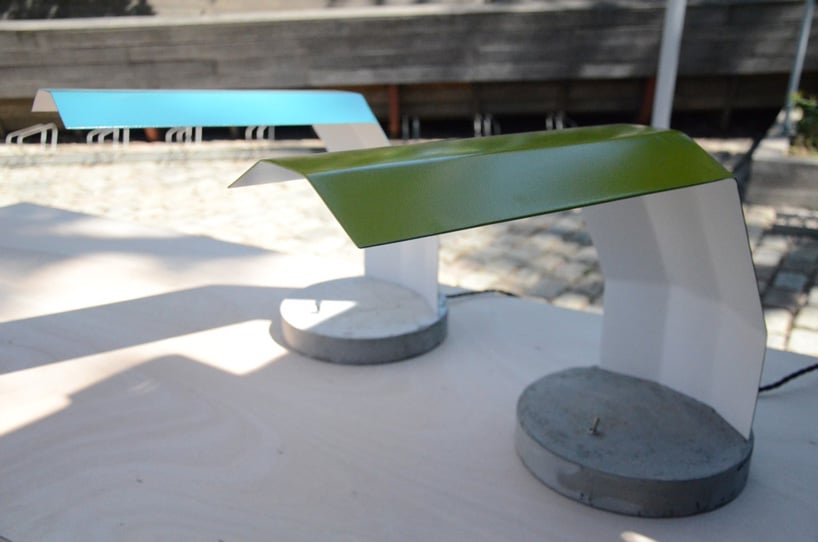 brazilian designer thomaz bondioli has developed a series of lights for the design weekend exhibition. the first, a table lamp is constructed out of a circular concrete base with vintage switches and LED lighting which is positioned underneath the metal container piece. the second, is a floor lamp with two layers of sheeting with the bulb located in the center. the piece allows the illumination to radiate outwards creating a glowing and reflective object. 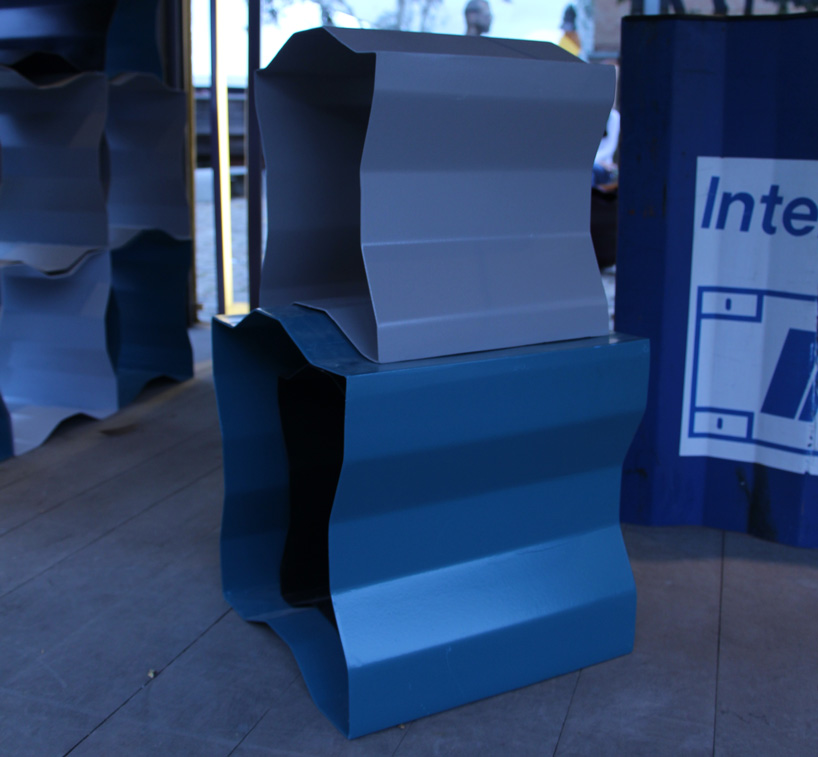 são paulo-based superlimão studio has developed a modular shelving unit constructed out of welded and cut pieces of metal. the ridges are made to fit into one another to allow for easy stacking and storing. the elements vary in size and color to create a custom component to the user’s space. 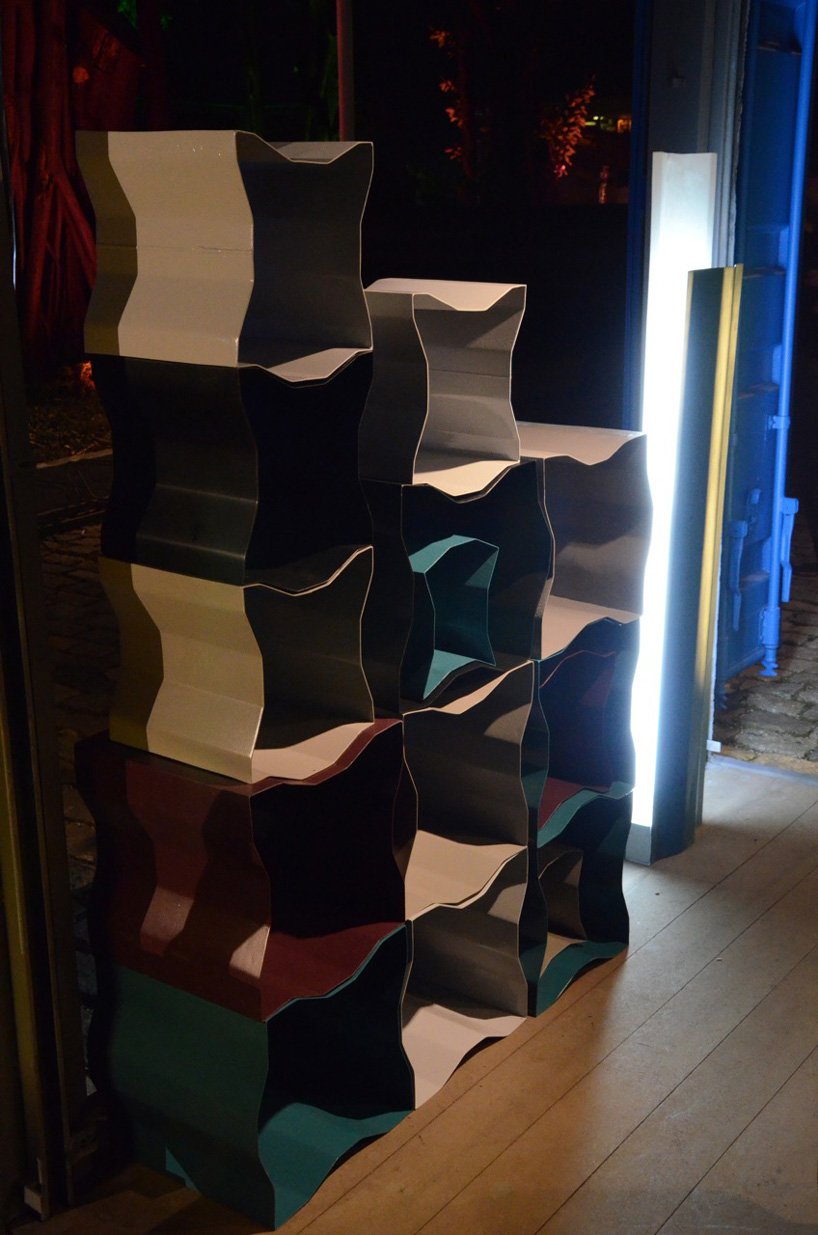 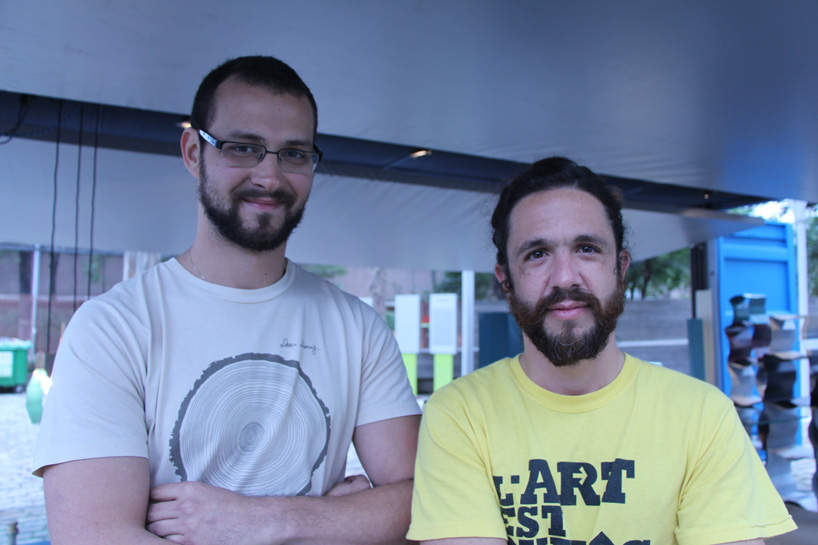 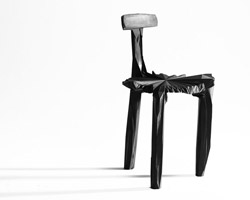 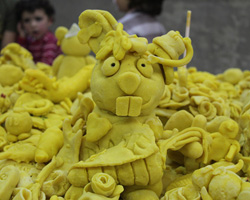 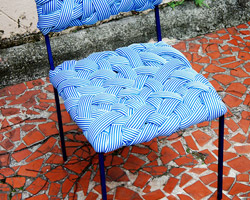 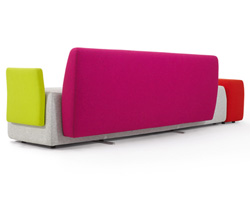