while attending the launch of the new nike mercurial vapor superfly II football boots, designboom had a chance to talk with the boots’ designer andy caine. in our sessions with caine he discussed the newly developed nike sense technology that enables the boot’s studs to extend when the ground conditions require more traction. caine also explained the science behind the boots’ vibrant colour scheme. the bright purple predominates the outside, while the inside has a dark colour. the contrast of the two as a player is running creates a flickering effect that allows teammates to easily spot them. the new boot was developed over a two and half year period that saw 43 different prototypes of just the upper and years of testing. 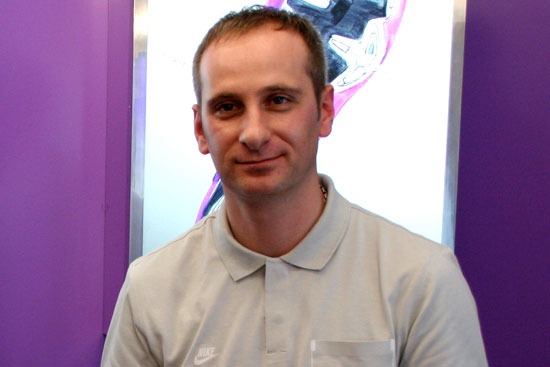 andy caine discusses the design process of a football boot

caine describes the science behind the superfly II’s colour 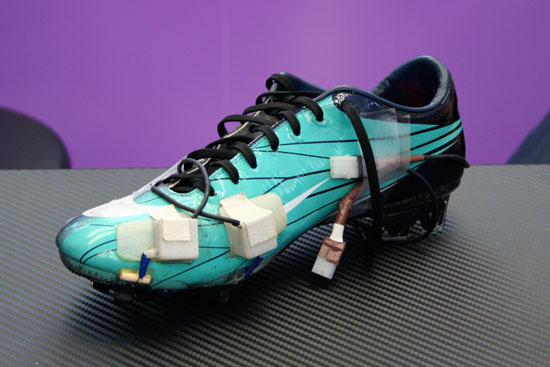 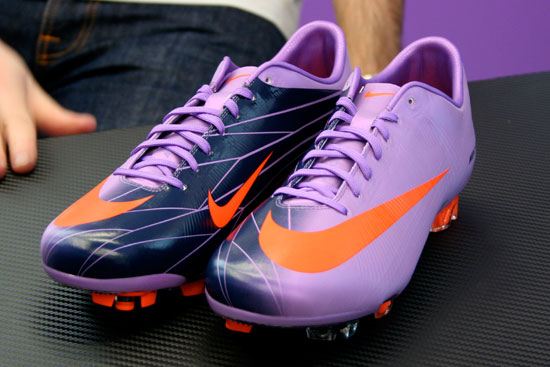 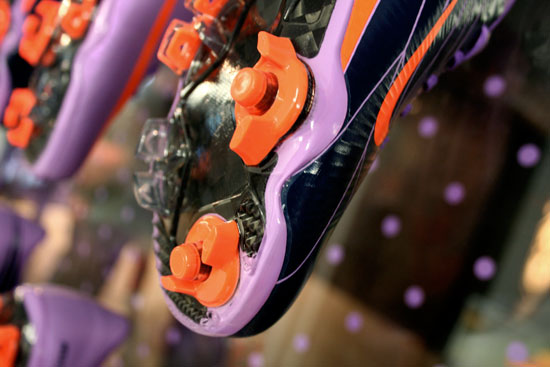 — design-aerobics 2010: sports course interested in sports design? designboom will hold a two month online design education course on this topic, which will start on march 8th, 2010. more info can be found here.