japanese company balmuda have won the 2012 good design award in the category of ‘small and medium enterprises’ for their product ‘GreenFan mini’.the design was commended for its cutting-edge technology, featuring a cordless body, advanced digital motor, quietness, airflow and energy efficiencyand the ability to mimic a natural breeze.

at its lowest setting, the ‘GreenFan mini’ consumes only 2 watts of power and at its highest setting – which propels air 8 meters away – 10 watts. this is significant because conventional fans use up approximately 30 watts at their lowest setting and about 60 watts at their highest setting. this is achieved through efficiency of its airflow, the 14-blades and digital motor that rotates the fan with very low RPMs. in terms of noise pollution, the ‘GreenFan mini’ generates just 17 dB of sound – an example of this quietness can be compared to the 10 dB volume of the flutter of a butterfly’s wings.

however, the design also includes the specialized ‘GreenFan’ technology, present in all the products by balmuda which is also the signature feature of the winning work. the system generates two types of airflow from a single fan – transferring the direction and movement of the air. the dual-layer blades blow a smaller volume of air from the inner blades and a greater volume from the outer blades. as a result, a smaller amount of air stays in front of the inner blades and pulls in the rest of the air, concentrating all the airflows at a single point. these two airflows collide to eliminate the swirling effect,then the air is distributed as if across a flat surface, becoming the kind of airflow found in the natural world.the defining characteristic of the ‘mini’ version is the portable battery – allowing the design to operate without a cord with 3 continuous hours of use at its highest setting, and 20 continuous hours of use at its lowest setting.

at its lowest setting, the ‘GreenFan mini’ consumes only 2 watts of power and at its highest setting – which propels air 8 meters away – 10 watts 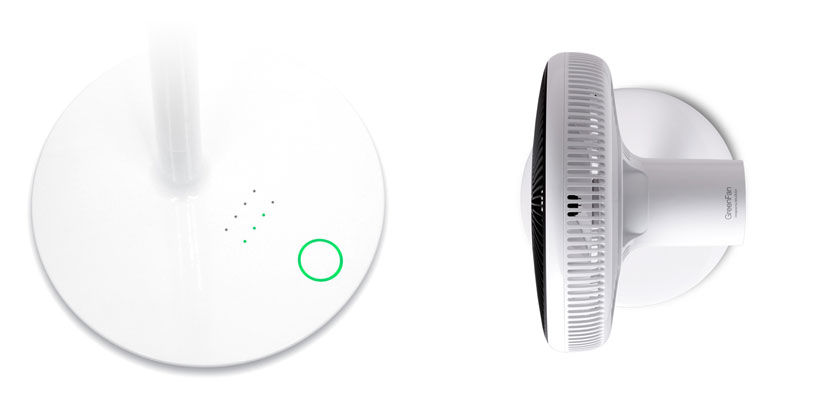 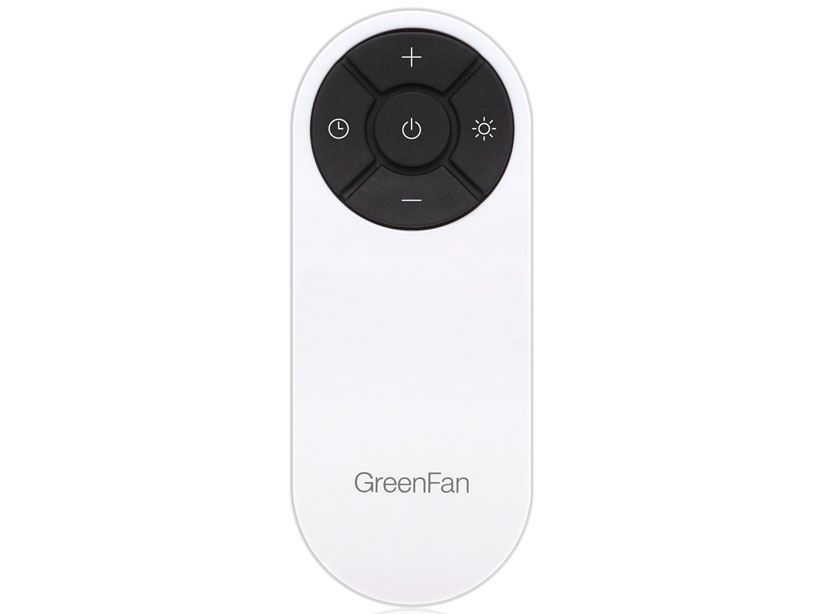 the remote of the ‘GreenFan mini’

there were 1000 sketches of the concept produced for the design 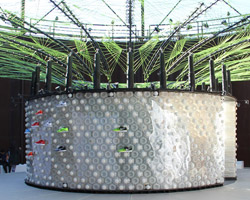