the term calcareniti of salento is an all-encompassing term to describe the plio-pleistocene sediments commonly found in the southern city of salento, italy. typically, the elements are found in the form of calcareniti/bioclastic limestones, ranging from medium to fine-grained, with a porous surface and light gray to red color. on the peninsula of salento, for hundreds of years, territorial quarries have grown in size and quantity, extracting chunks of the stone. the material is tender, unresistant to compression, and very porous; it was once used mainly for small-sized construction purposes, but many mines are now inactive. 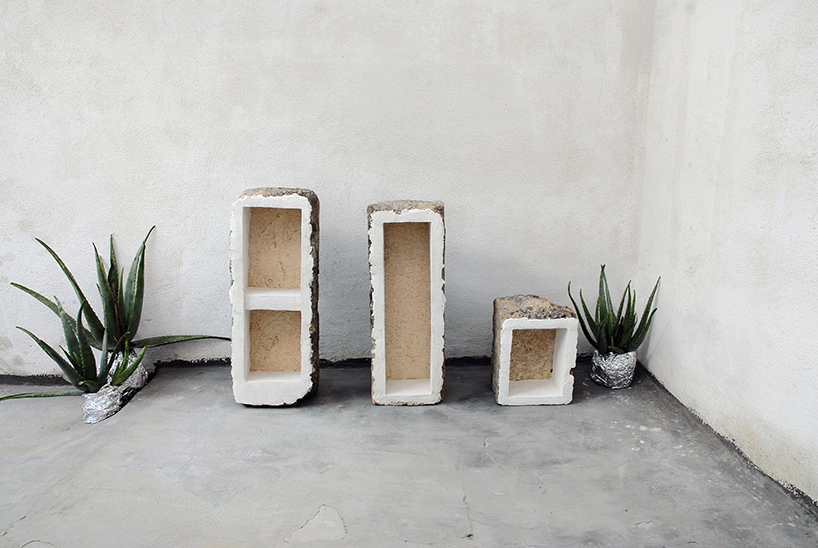 during a recent exploration of an abandoned expanse, designer cosma frascina stumbled across dozens of blocks of limestone, waste from previous excavation efforts. he was fascinated by the earthy, moss and lichen covered material and how time and climate exposure shaped and characterized each stone differently. explorations with the element, led to the creation of the ‘calcarenite series’. every item was carved using traditional techniques and tools: a hammer, chisel, saw, rasp, and a unending supply of patience. the approach to each object was primitive, acting with a sense of experimental, instinctive moment-by-moment decision making. 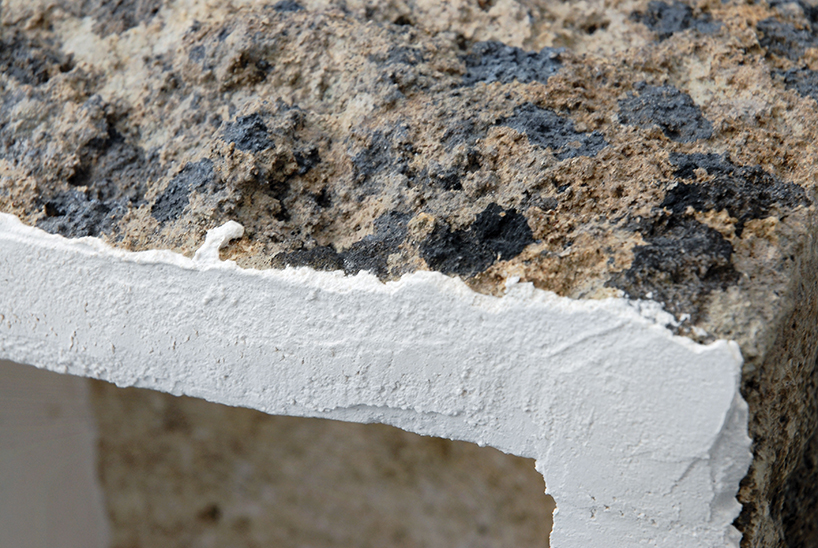 an applied layer of white plaster or lime covers some surfaces for functional purposes and to facilitate the reading of objects. the ‘arc’ lamp is composed of a calcarenite base with an extruding copper tube at the end of which is a small LED. frascina used controlled-oxidation processes to create continuity between the metal and shapes and distribution of lichens on the rock. collectively, pieces in the ‘calcarenite series’ express humans’ need to create a deep, meaningful relationship with the earth and elements, and establish a tactile bridge between the past and present. 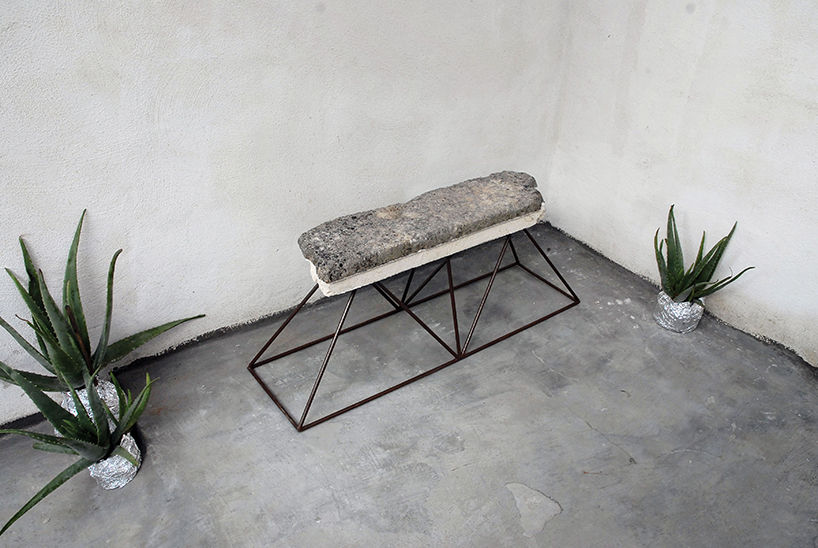 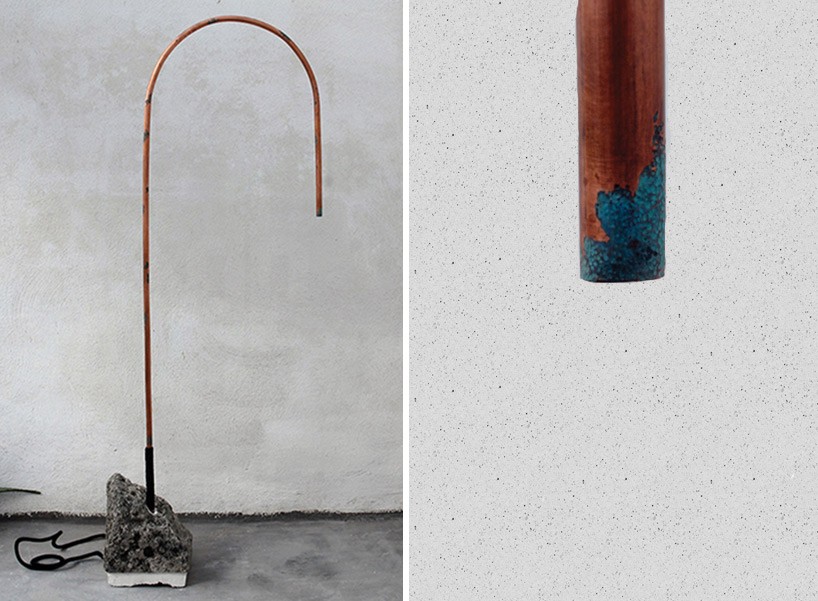 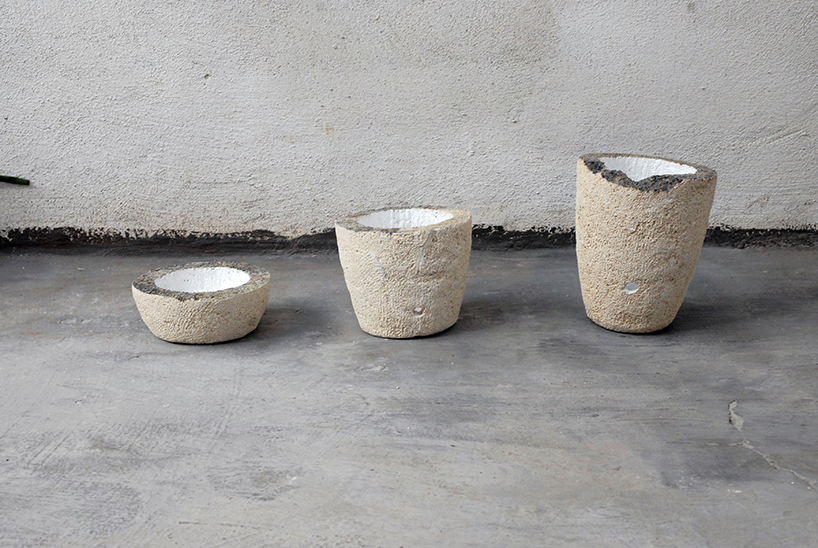 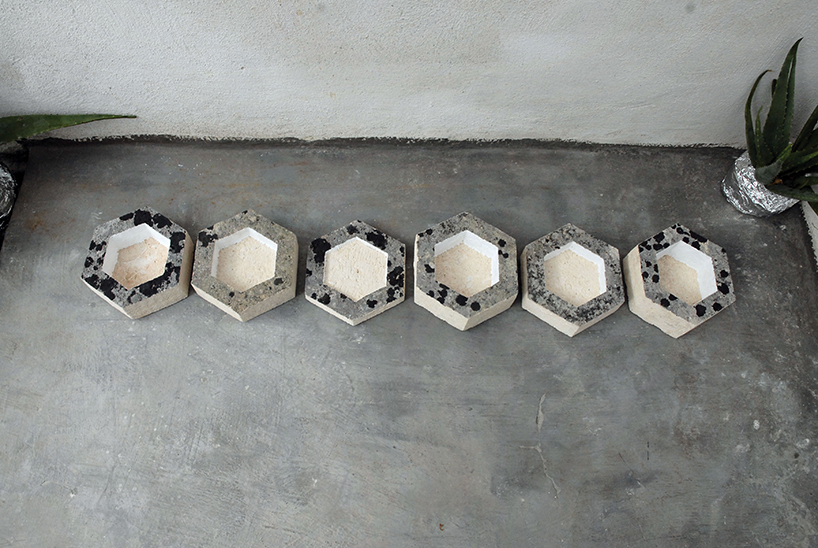 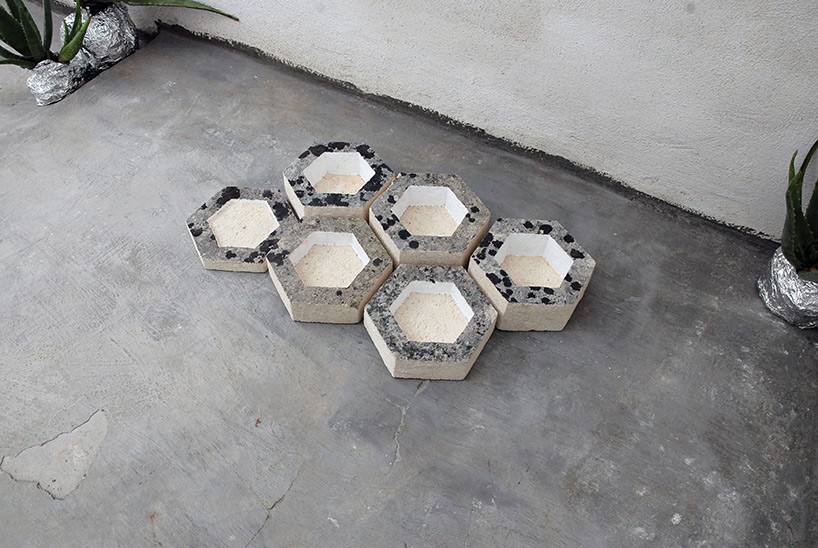 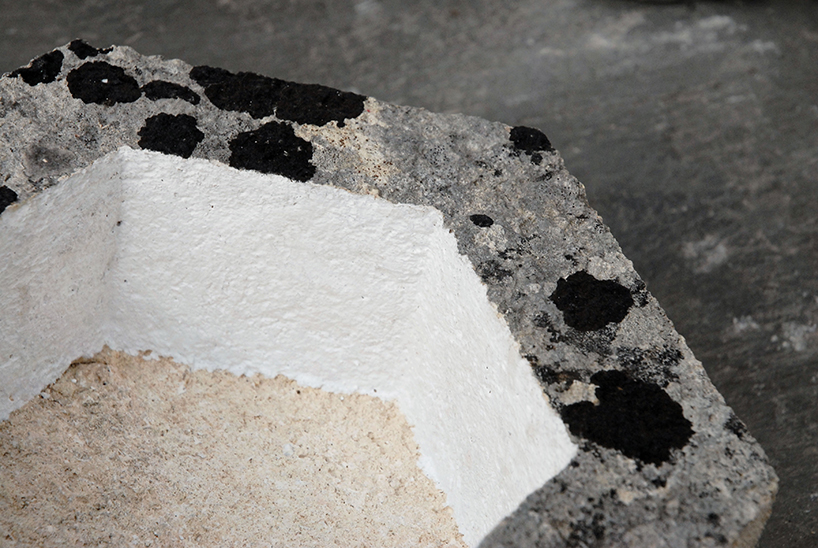