’72DP’ is the latest in a string of large-scale mural and installation works created by sydney and new york-based design and illustration duo, craig & karl. 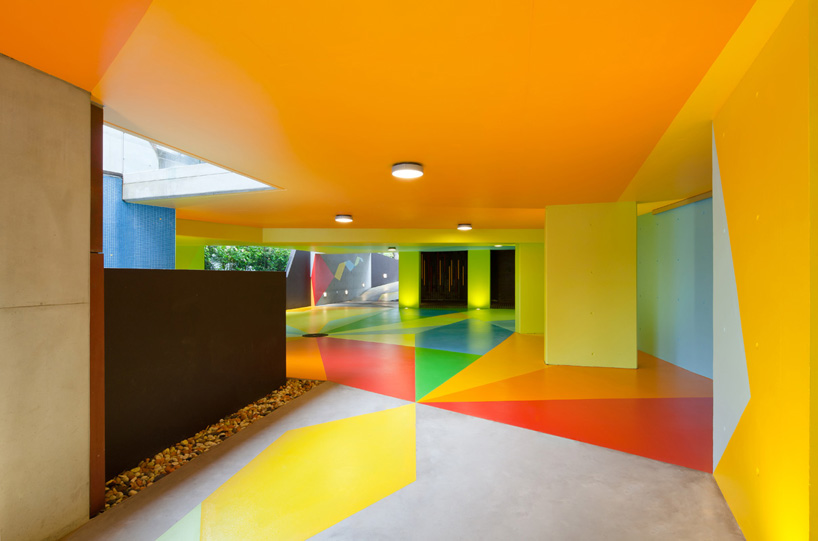 the immersive mural, executed with their trademark eye-popping use of colour, occupies the underground car park of an award-winning residence in sydney, australia’s darling point by architects marsh cashman koolloos (MCK).   ‘the objective of the project was to breathe new life into the space which, having been rendered in concrete with little inlet of natural light, felt quite dark and heavy. working closely with the owners, who possess a keen design sensibility, it was decided that the mural would cover all surfaces in a blanket of bright color. there was also a request that the larger wall surfaces be left blank with an eye towards potentially introducing additional, individually commissioned works at a future date. nevertheless it was vital that the installation feel and function as a complete work in its own right. the resulting design is a dynamic mix of overlapping geometric forms that mirror and respond to the angularity of the architecture. the whole piece is tied together by a winding, ribbon-style device which, acting as a central axis, leads in from the driveway, through the space and out to the garden beyond.’ – craig & karl 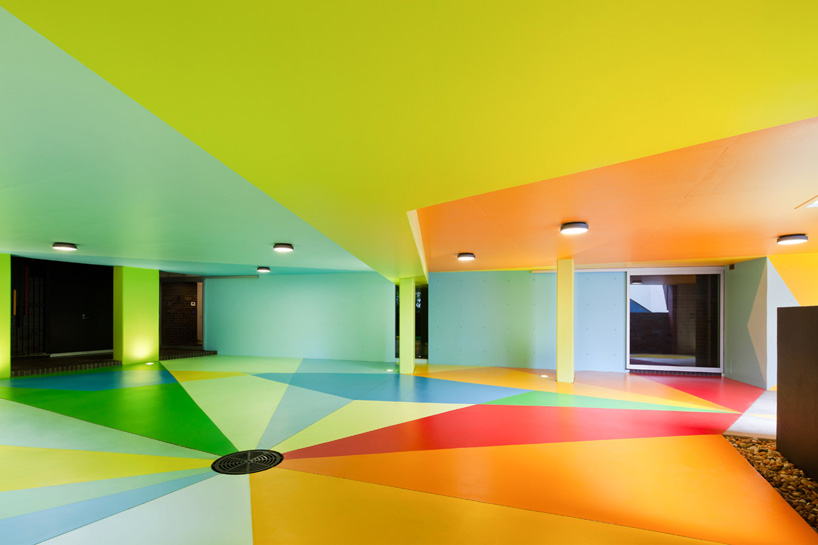 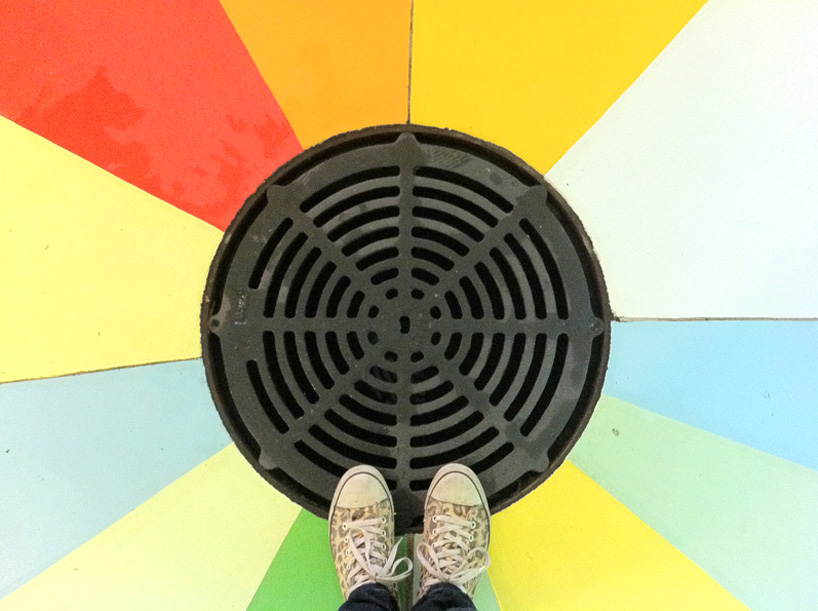 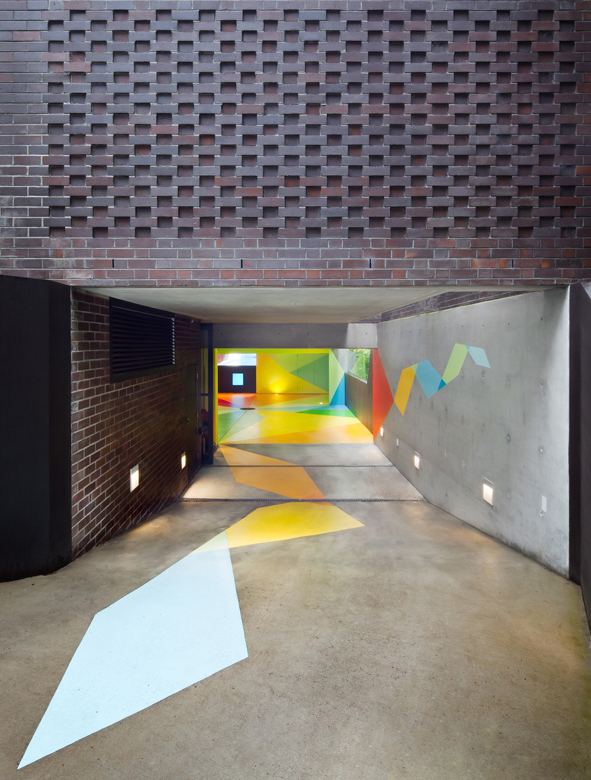 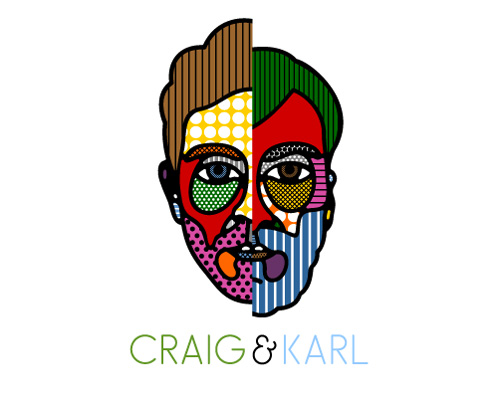 craig & karl craig redman and karl maier live on opposite sides of the world but collaborate daily to create bold work that is filled with simple messages executed in a thoughtful and often humorous way. they specialize in illustration, installation, typography, as well as character, editorial and pattern design.

craig & karl have exhibited across the world, most notably at the musée de la publicité, louvre. they have worked on projects for clients like lvmh, google, nike, apple, vogue, microsoft, converse, MTV and the new york times.

craig is the creator of the blog darcel disappoints, often working in collaboration with iconic parisian store colette and in 2010 he opened a solo exhibition there, titled ‘and a miserable day to you too’.

karl is the co-creator of digital counterculture chronicle the pop manifesto. 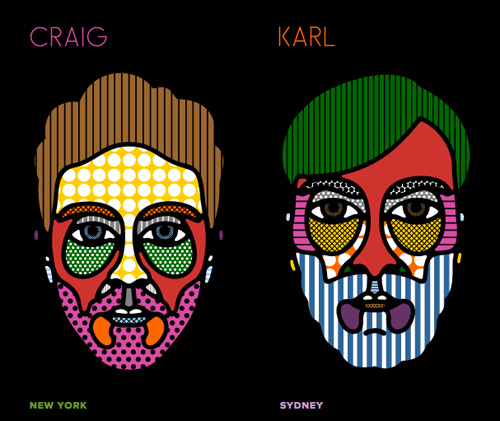 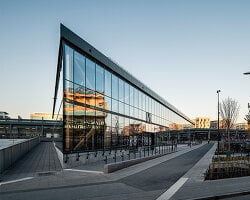