‘we [in beijing] are a design week‘, chen is quick to point out, ‘but we have no real commercial element; we have no trade show. we have brands showing their work, but generally we are a culturally-oriented event. one of our real missions is to find ways of contributing to the city, not just in terms of supporting the creative community but also in supporting the city’s physical development.‘

‘it is really about creating, not just a platform, but we hope a mechanism that will act as a catalyst for design in beijing, whether that means providing an opportunity for international organizations to come and do their exhibitions and show what they’re doing to a chinese audience; or perhaps even more importantly, to encourage chinese designers and other entities to come out of the woodwork and show what they can do. in many ways, it is about mapping physically and psychically the design landscape in beijing.’

‘the key for creativity is communication, the sharing of ideas, and knowledge and resources. so we can help by bringing everybody all out at one time; we can start to give people a better understanding of who’s out there: ‘what they are doing; how they are thinking; [and] how can we collaborate?” 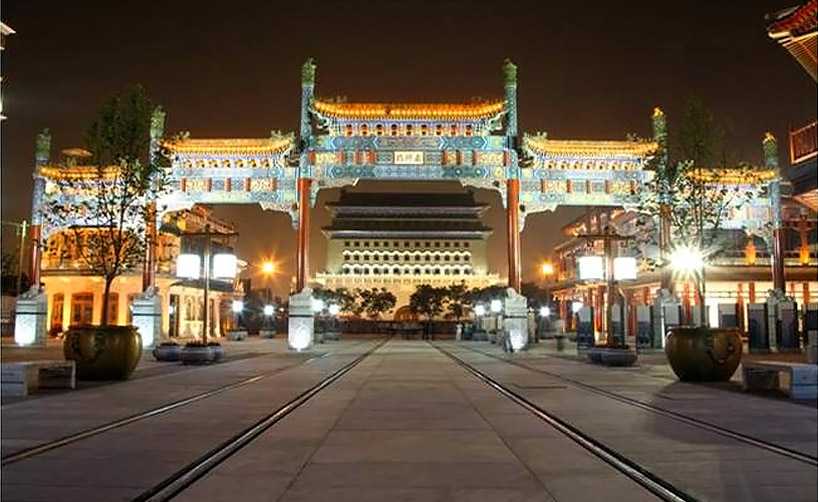 the historic dashilar district of beijing is the site of numerous design week events, in an attempt to stimulate community-centric redevelopment 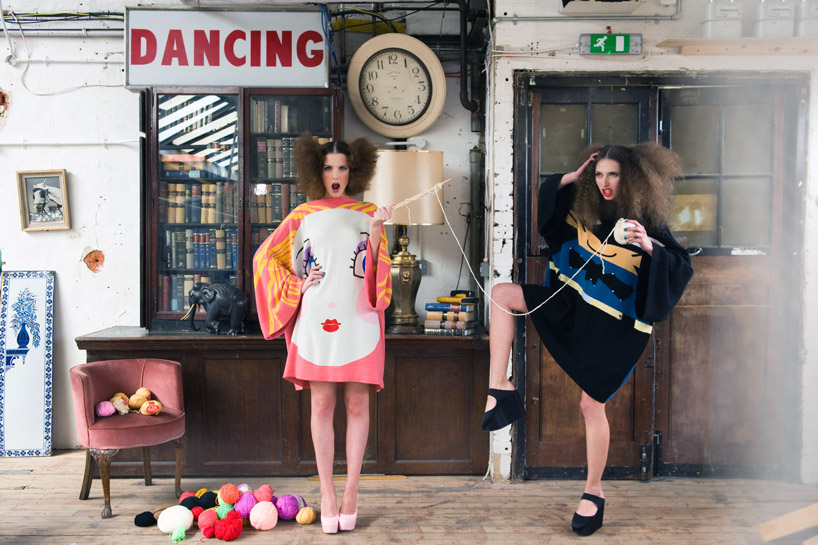 the organization of BJDW parallels this more community-centric approach. events are scattered throughout the city, ranging from a lighting installation in historic ditan park to the ‘smart cities, healthy cities’ exhibitions of dutch design in the 751 design district (covered by designboom here) to the finnish overtaking of a local restaurant in ‘wonderwater café‘ to exhibitions in empty storefronts, a former factory site, and other locations throughout historic dashilar near tianamen square.

dashilar represents an interesting site for BJDW. ‘this place is a very important and historic neighborhood‘, chen explains: ‘it was the commercial heart of beijing for 700 to 800 years. it has fallen into a state of disrepair in recent decades, and there’s enormous development pressure on it. fortunately [now] there is a state-owned company [guangan holding and beijing dashilar investment limited] overseeing dashilar’s development, that has collaborated with us and given us quite a few empty spaces throughout. the idea is to encourage a more organic, historically and community sensitive model of developing the area. we are bringing in lots of pop-up shops from beijing’s best independent boutiques, as well as top shop and top man from london, and many of them are doing special projects with new products that are inspired by the neighborhood. we are not trying to introduce modern design elements in terms of architecture into dashilar; what we’re trying to do is to insert a modern sensibility that takes better care of the old.’

when asked to address the concept of chinese design, chen reflects:

‘my advice for chinese designers is always to go out and see what everyone else is doing and pay close attention, but then to forget about what they saw. I think the question is a very complicated one. I’m not sure that anyone nowadays has a good definition of what originality is. but I think that as design develops here and designers develop here, they will learn what it means to be a chinese designer. being a chinese designer is not just about giving new form to old motifs; it’s about really an awareness of your place in the world, the situation you are in, and the kind of context in which you’re working. contemporary china is an immensely complicated place right now; what does it mean to be a designer working in this context? I think that that is the answer to being a ‘chinese designer’… and that process is still playing out right now; it is still unfolding.’

from september 26th through october 3rd, 2011, designers and thinkers from across the world gather in beijing, china for  beijing design week and beijing international design triennial. exhibitions, conferences, workshops and lectures across the city address the theme of ‘design beijing – good design’ for the nine-day event, which looks to transform the ubiquity of ‘made in china’ to ‘designed in china’.