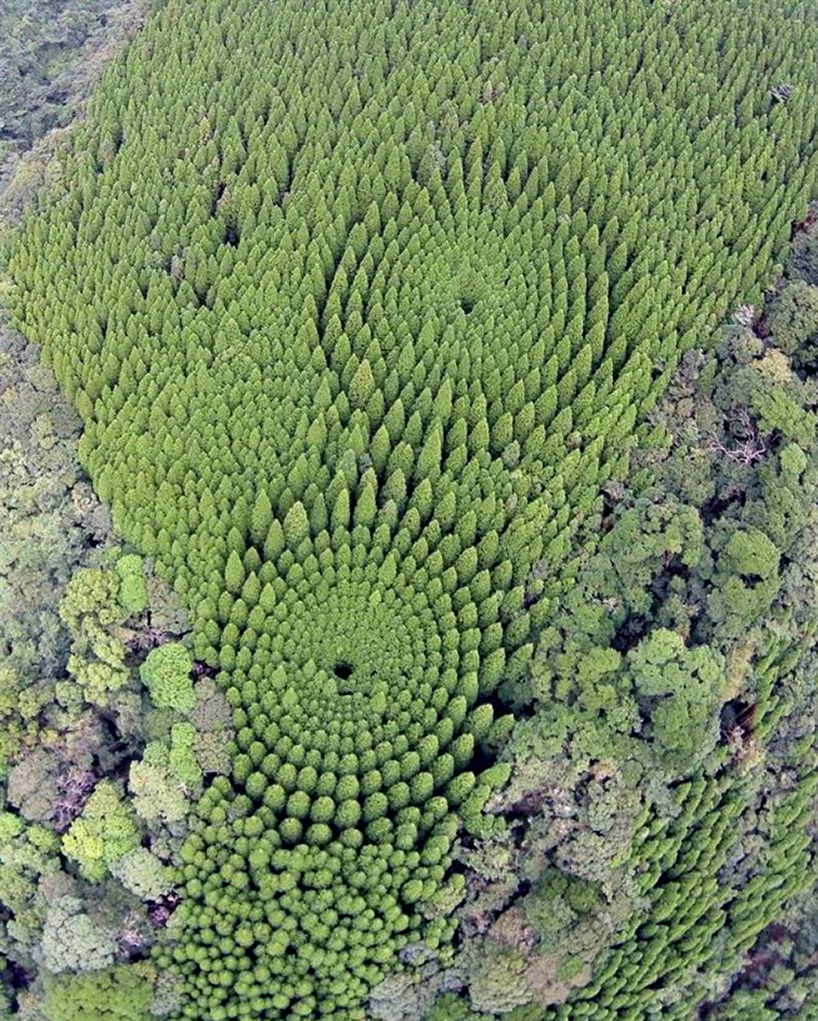 images recently emerged online and on social media, causing people to marvel at the mysterious forest formations. much to the disappointment of conspiracy theorists, the phenomena is not the result of an alien invasion but a scientific experiment that took place nearly half a century ago. 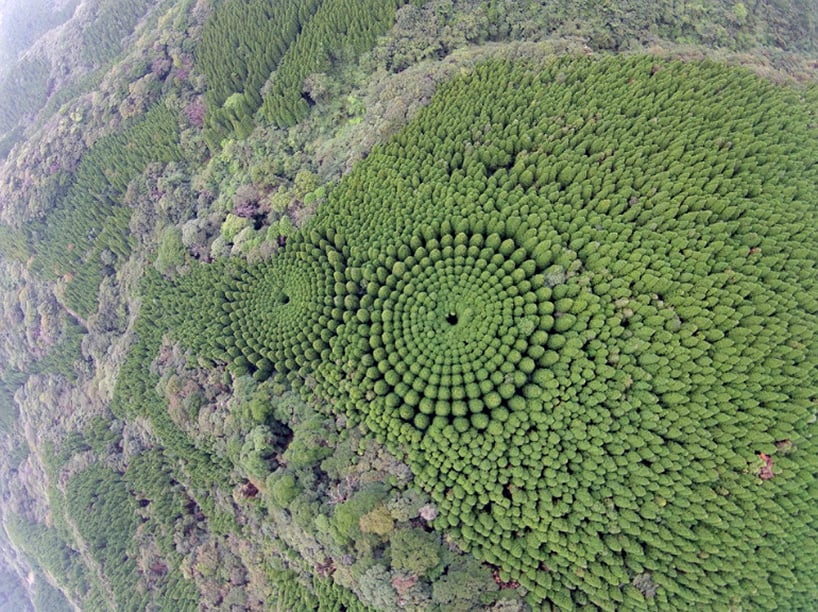 according to a document by the japanese ministry of agriculture, forestry, and fisheries, what’s now visible is due to a 1973 project regarding growth and tree spacing. at the time, the area was used for ‘experimental forestry’ with one experiment that saw researchers planting trees in 10 degree radial increments to form 10 concentric circles. 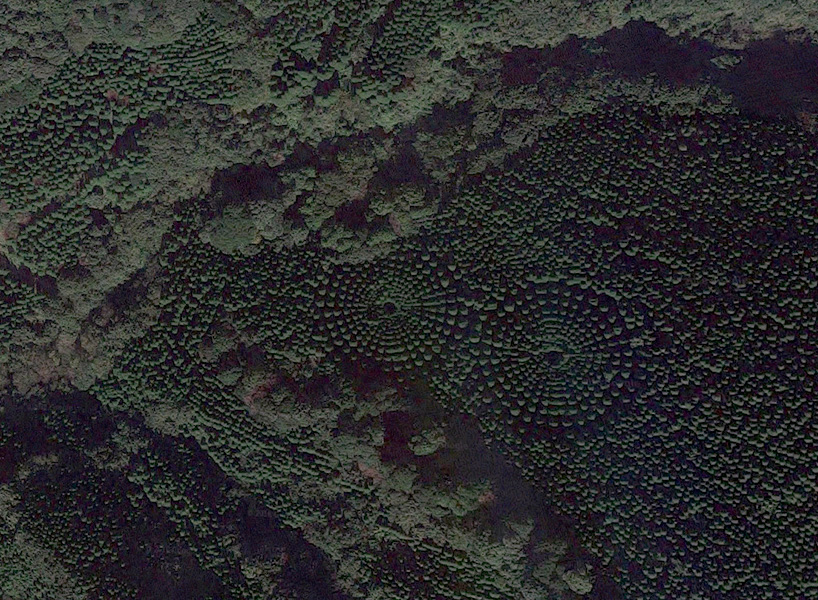 now visible on google earth, the results show trees growing in a convex shape, fanning out into the forest and suggesting that tree density does indeed affect growth. the original plan called for the trees to be harvested in 5 years, but officials are now considering saving the circular forest.