valencian design studio culdesac custom has drawn from the aesthetics and futuristic universe of stanley kubrick’s acclaimed film 2001: a space odyssey to create the product design and identity of honeygreen+. titled innovation by nature, the project expands in two levels: a series of methacrylate capsules that highlight the nuances and differences between the different types of honey; and two-meter-high personalized flightboxes that illustrate the idea of transferring the concept of the capsule into space. 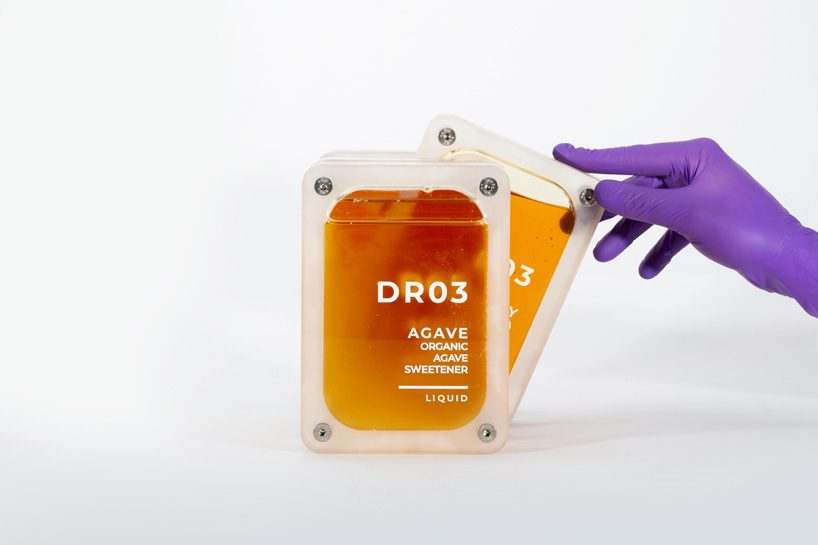 all images by hello bien studio

with the DNA of the brand as a starting point, culdesac custom introduces innovation into the universe of honey through the two-level product presentation pack. enclosing different types of honey, the capsules emphasize textures, colors, densities through two transparent methacrylate blocks, sealed internally with an o-ring and closed with a visible screw that evidences the concept of the hermetic seal. the honey volume of each capsule is at 90% of its capacity, thus generating the concept of vacuum through an internal bubble. its movement, derived from the manipulation of the product, expresses the properties of each type of honey (its density, its color, its transparency, etc.).

the second part of the project works on the idea of transferring the concept of the capsule into space, through personalized flightboxes that evoke the aesthetics of a backlit technological briefcase. the two-meter-high crates include all the capsules inside them, while by opening and closing their doors, a play of light emerges, creating a kind of large honey lamp. 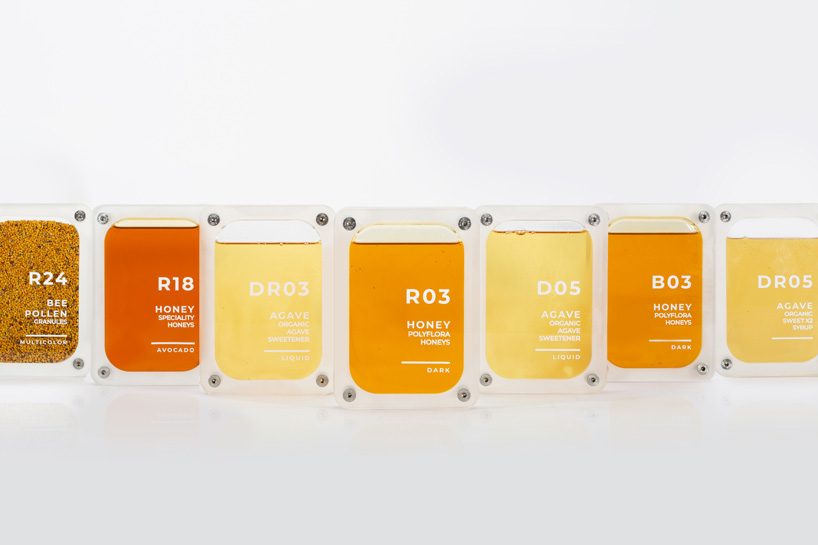 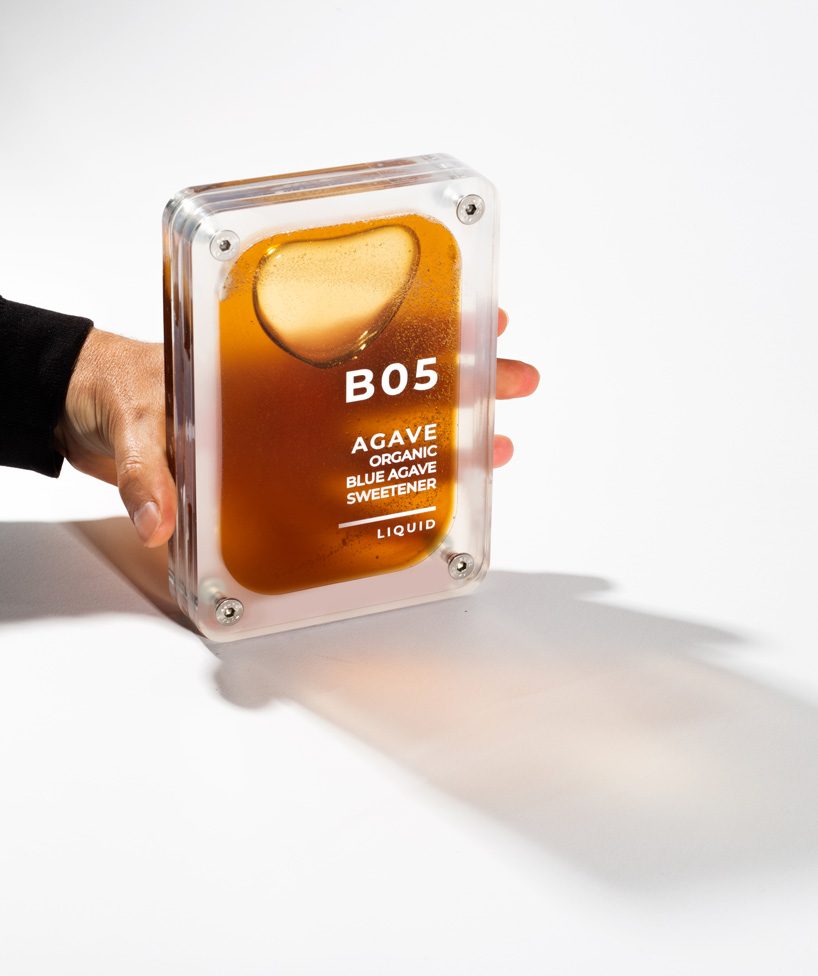 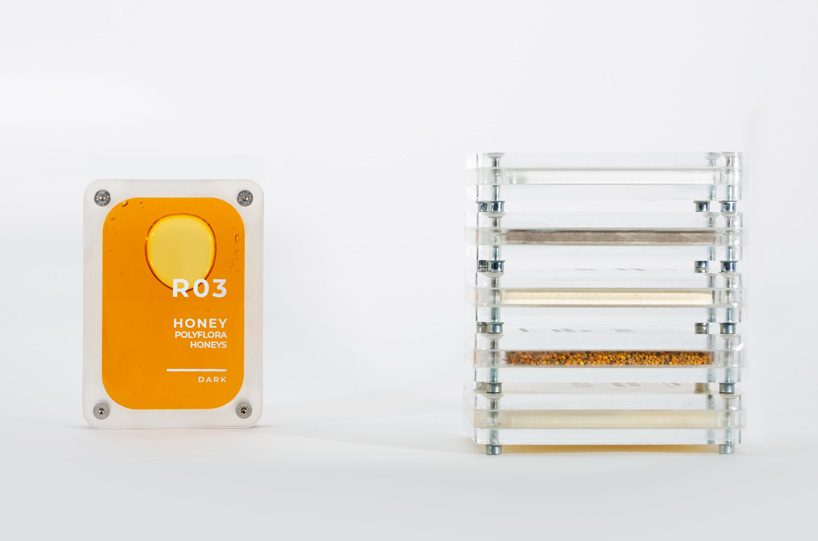 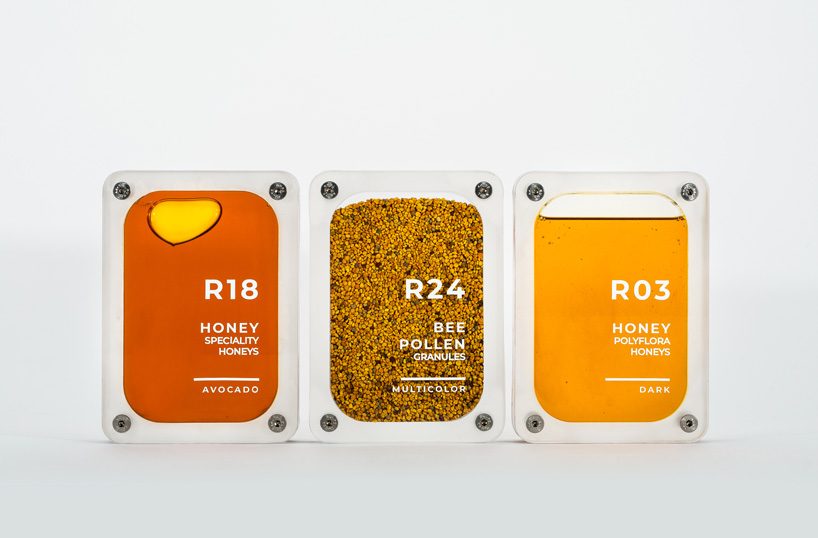 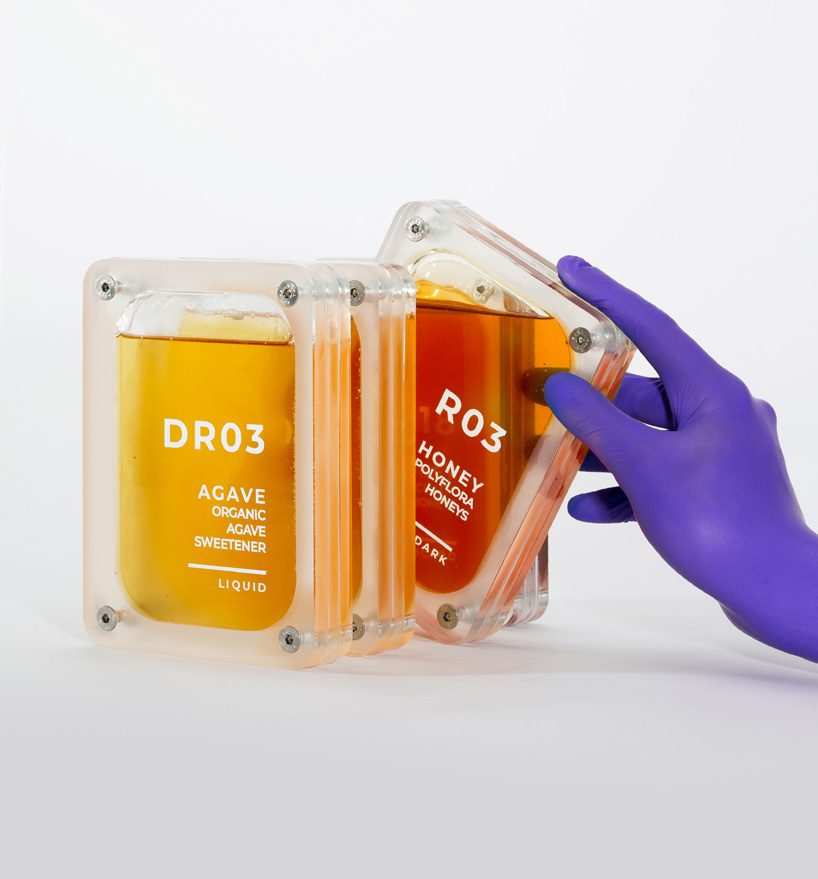 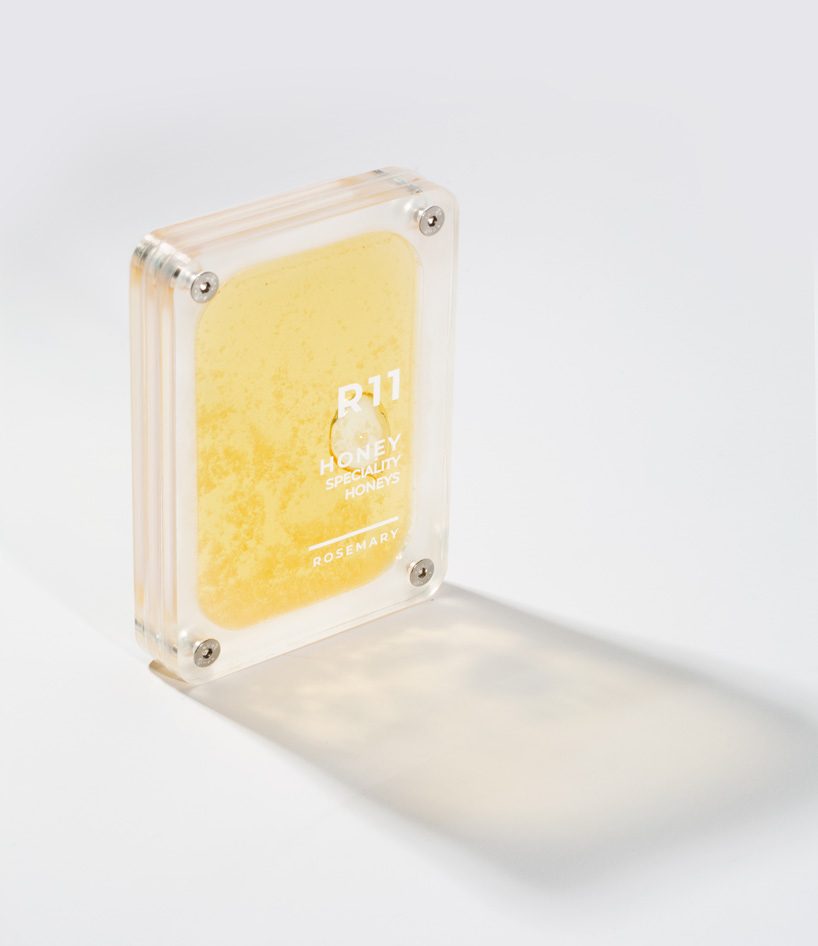 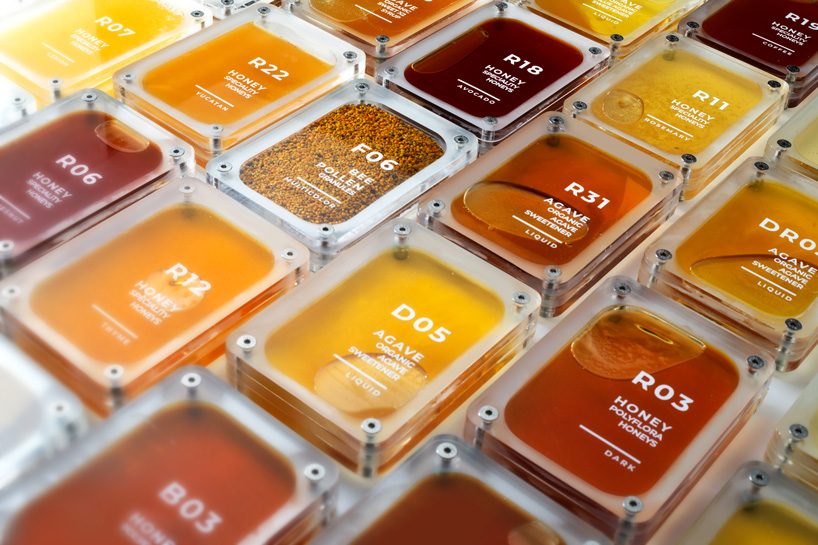 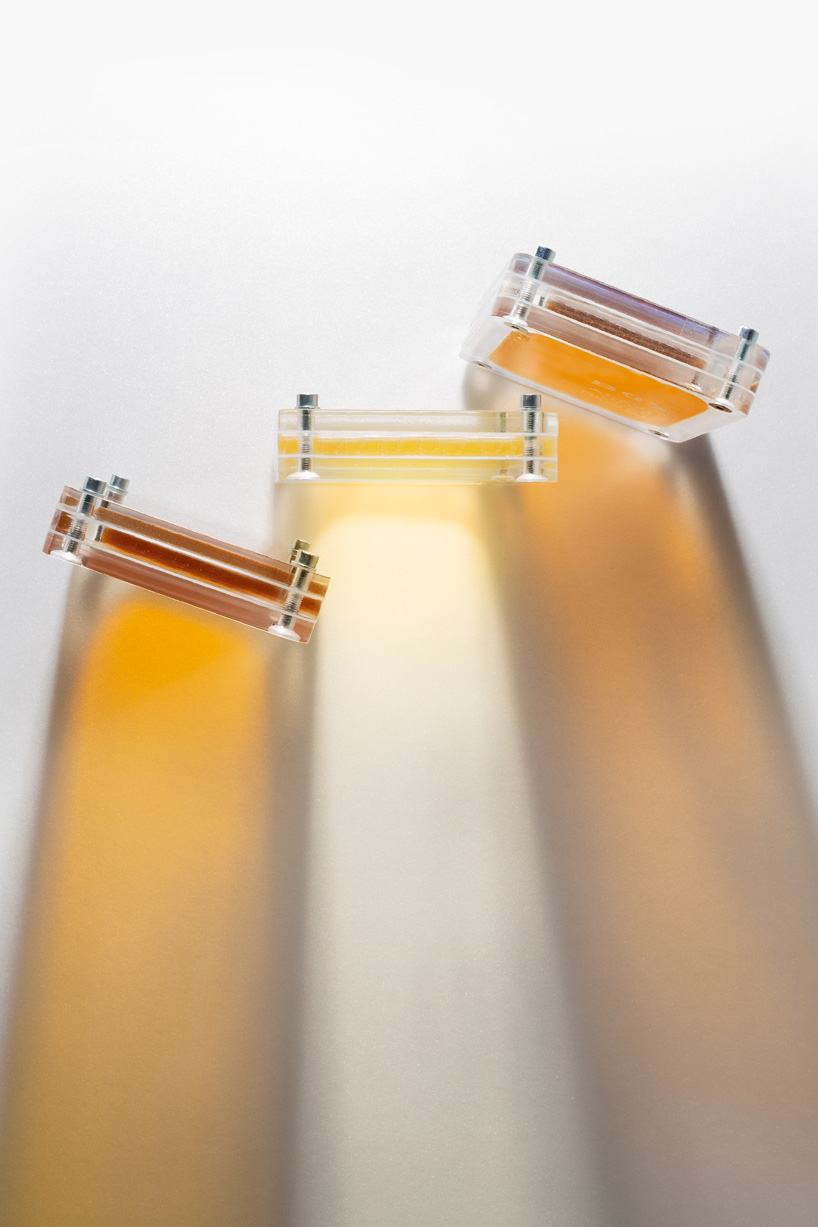 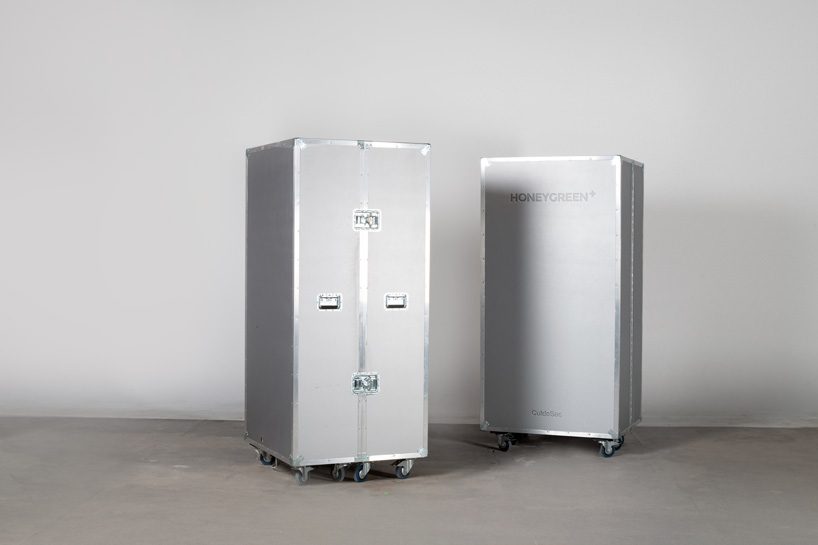 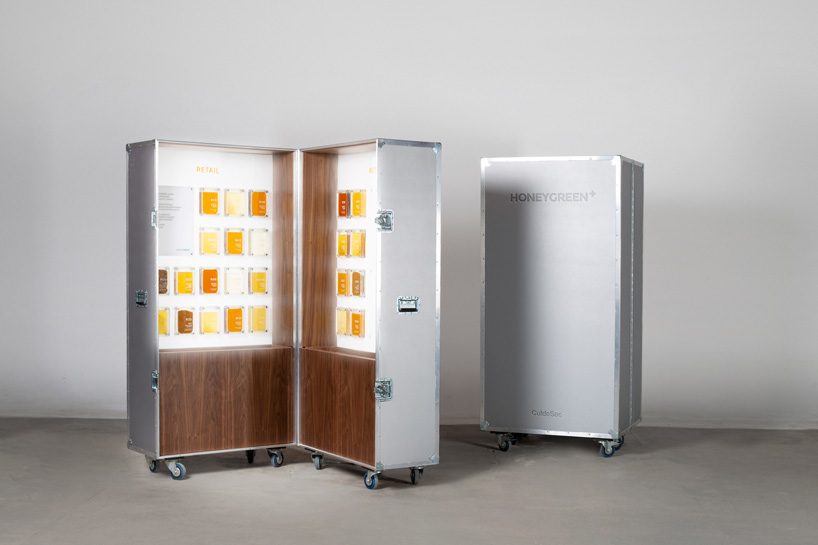 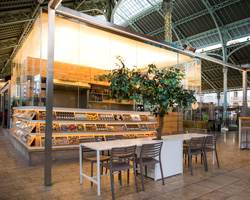 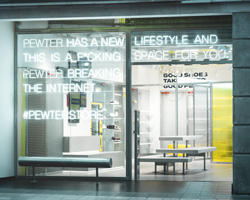 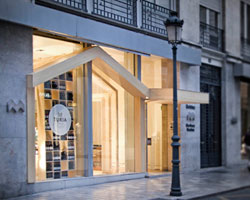 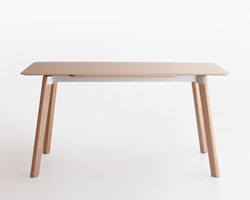