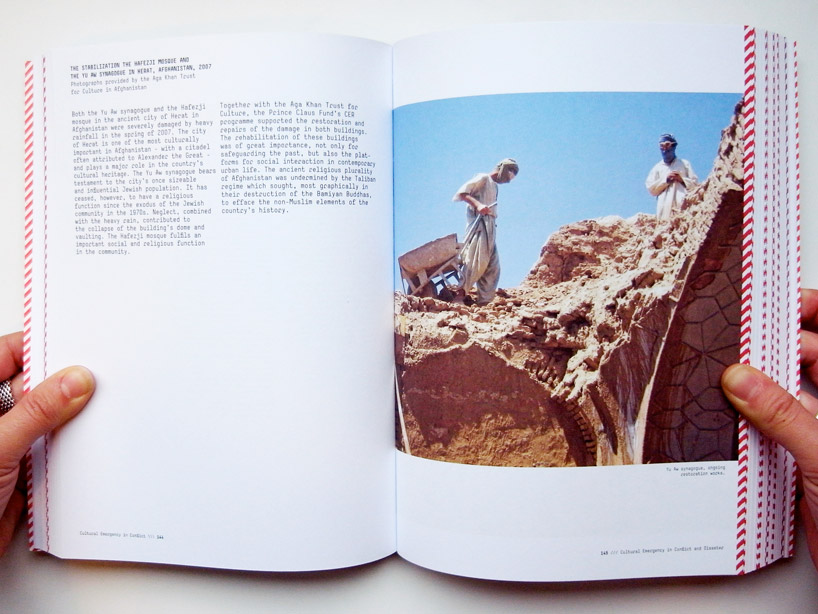 saving cultural heritage goes beyond safeguarding our past and protecting what is magnificent, impressive and beautiful. rescuing cultural heritage is also an integral part of humanitarian aid, given the importance of rebuilding the social and  cultural identityof the community, in which the mosque, the synagogue, the church, monuments or other key buildings play a central role.  – H R H prince constantijn of the netherlands (honorary chairman of the prince claus fun, amsterdam, the netherlands)

editors berma klein goldewijk, georg frerks and els van der plas have put together ‘cultural emergency in conflict and disaster’, a handbook for cultural emergency relief with the prince claus fund for culture and development. the publication includes photo essays documenting the devastation and, if existing, the reconstruction of important social and architectural landmarks. events such as the aftermath of the indian ocean tsunami in 2004, the efforts following the fall of saddam hussein in april 2003, and the earthquake that struck haiti in 2010 are recorded.

the book outlines legal questions, political dimension and sociocultural perspectives involved with the process of first aid through case studies and documented research. at the same time, the accounts argue the importance of rebuilding and reconstructing societies alongside providing basic human needs. the design of the book was done by dutch graphic designer irma boom. it features a scratch cover, allowing the reader to chip away at the gray to reveal an image beneath.

this book contains potent information about the economic and cultural ramifications of worldwide disasters and the efforts taken to preserve the artifacts. it argues for the importance of rebuilding the architectural landmarks, which have not just historical importance, but provide the foundation for society and civilization. 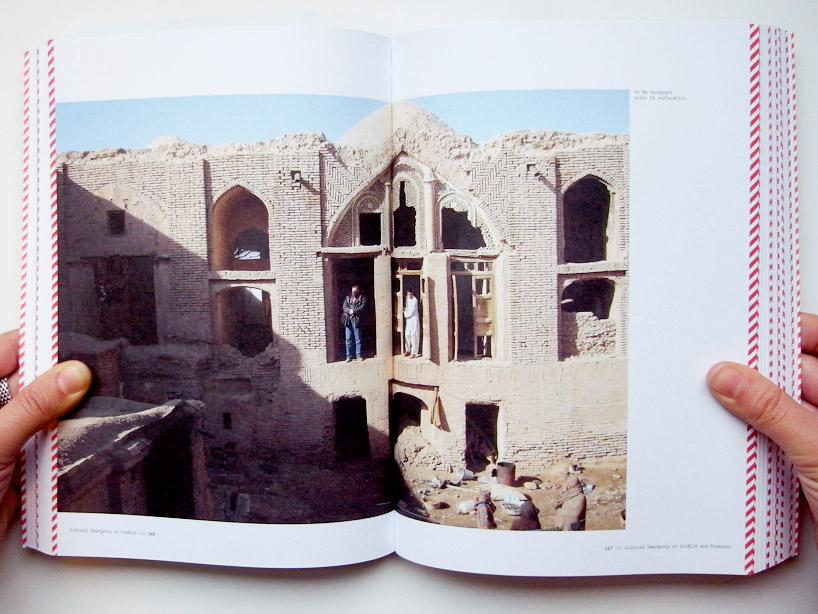 ‘the stabilization the hafezji mosque and the aw synagogue in herat, afghanistan, 2007’
pages 146-147 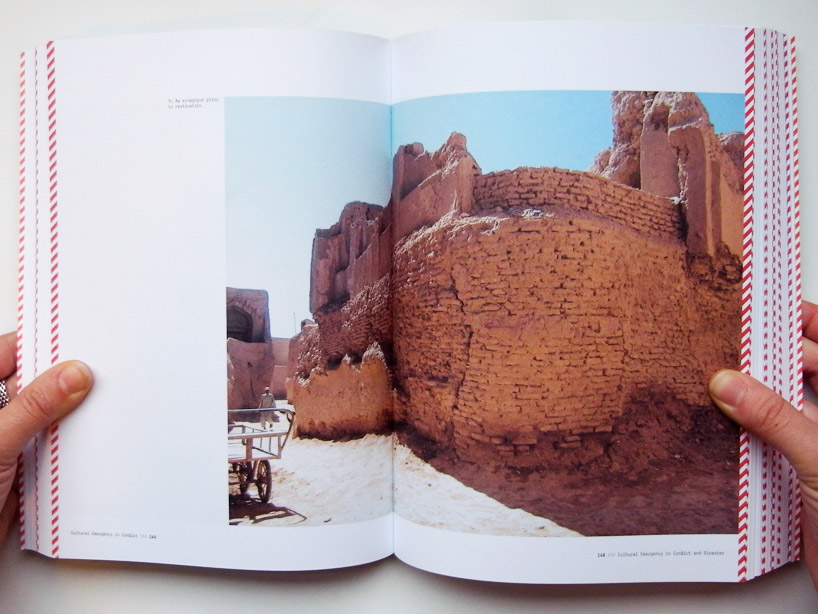 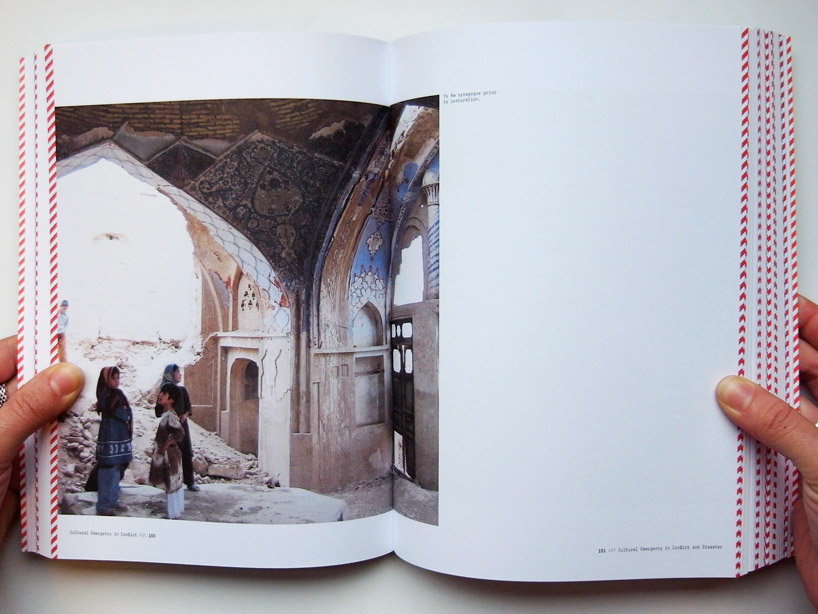 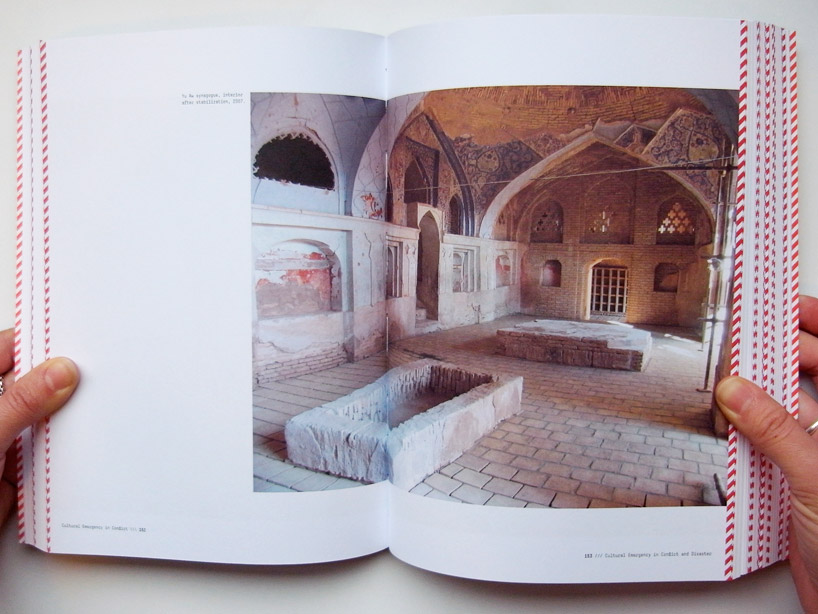 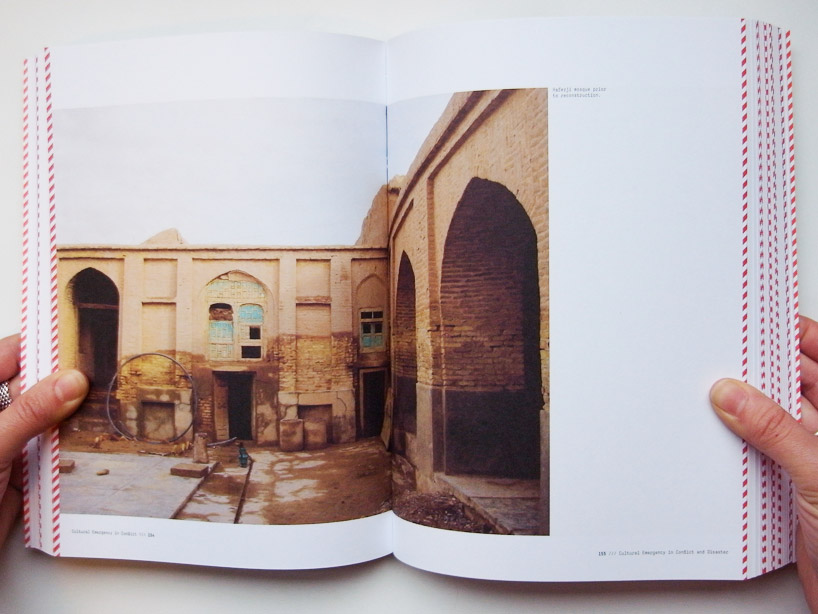 hafezji mosque prior to reconstruction
pages 154-155 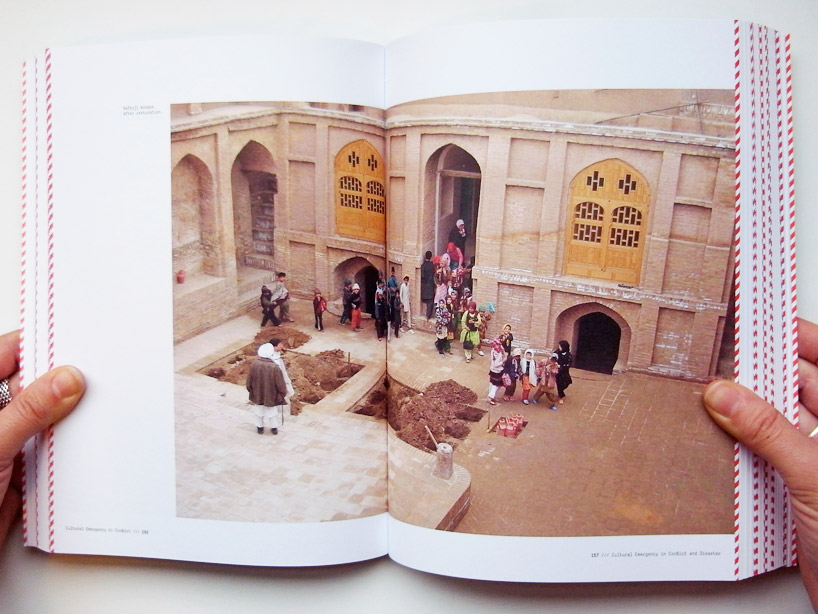 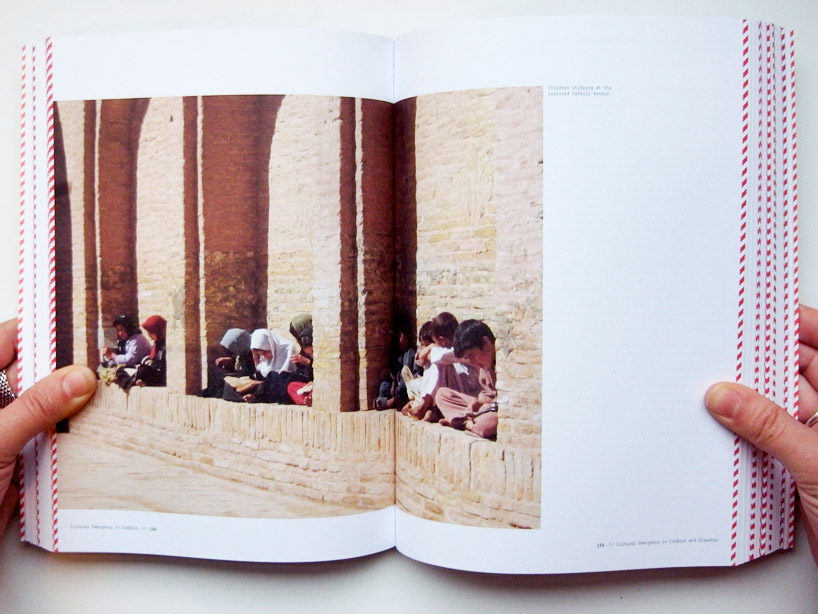 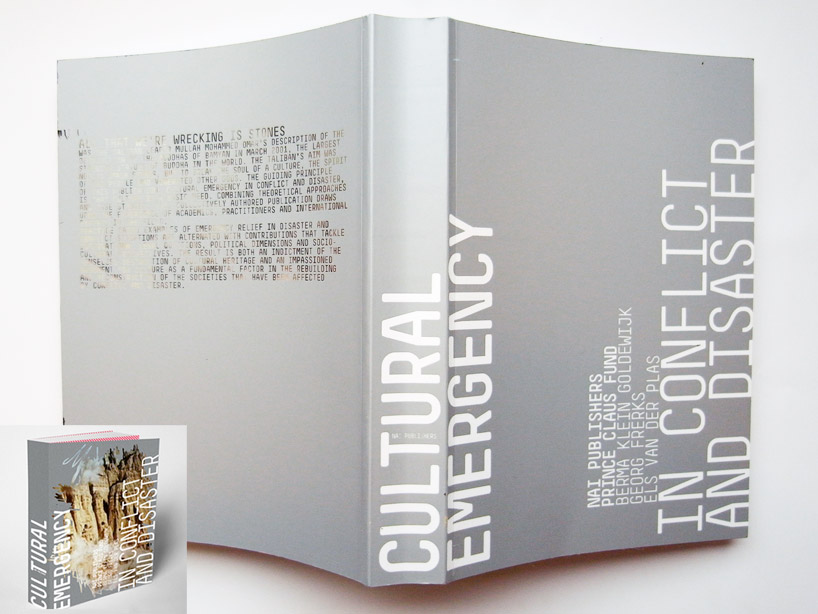 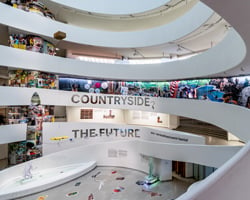 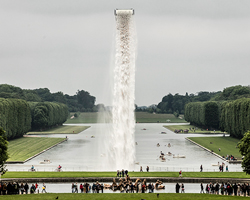