calypsos is a series of interactive devices by paula currás and álvaro carrillo that set a challenge, through their designs and logic, to the management of indoor air thanks to two pragmatic concepts: techno-gardening and air policies. in other words, the basis of the project takes the air inside homes as an object of study and the search of comfort within interiors as a goal. 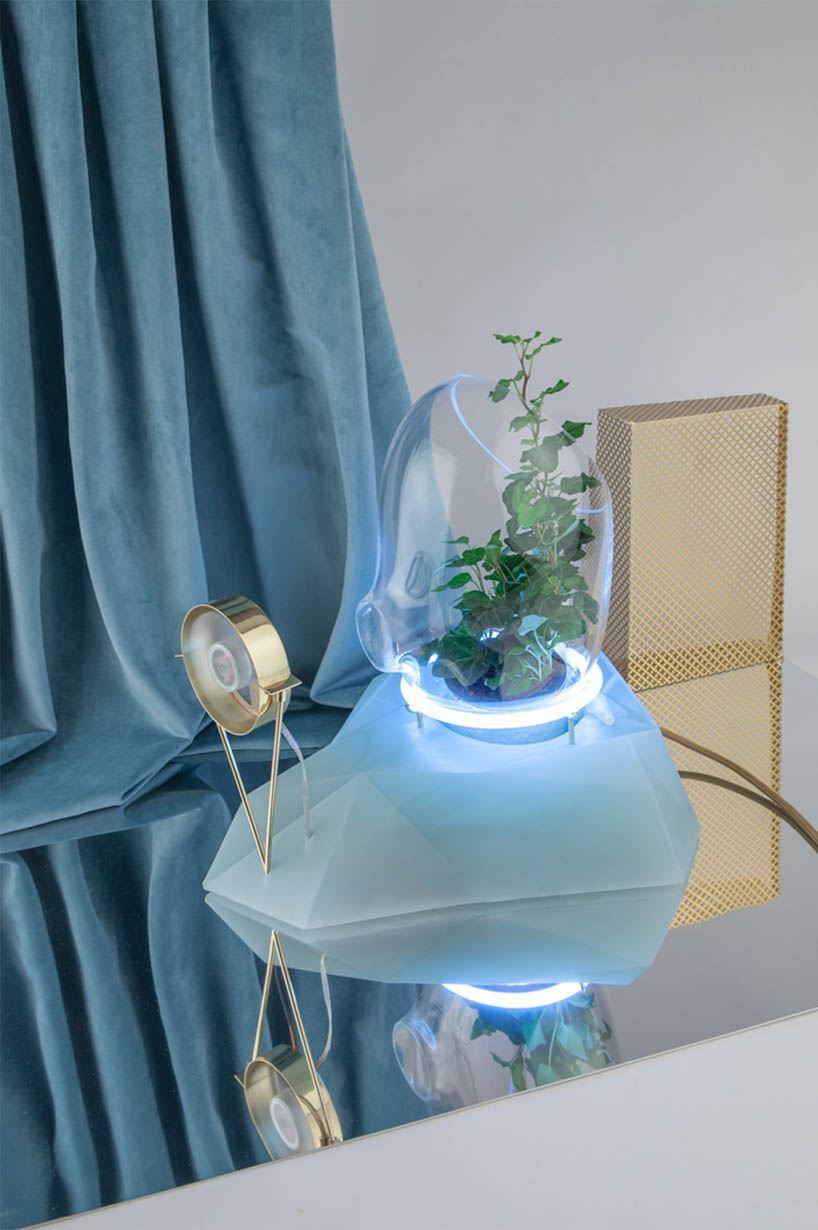 to elaborate on currás and carrillo’s design, the first concept combines technology and gardening to increase the air quality of houses. the ensemble of simple mechanisms, together with air-purifying vegetal species based on the NASA 1989 report, offers an effective calypsos design — both from a plastic and technological perspective. on the other hand, air policies consider non-human agents as relevant elements in design plans that need to be negotiated. for that purpose, calypsos is materialized in different scales with components — easily customizable via colours and materials — that combine craftwork and prototyping techniques.

simply put, calypsos allows the user to recognize the air quality in their house. the device shows data collected thanks to a series of embedded air sensors. it also offers a physical response to changes, through a bright sign and several codes that inform what actions to take for improving air quality. this way, it can detect the need to clean the house, open the windows or turn the heating off. 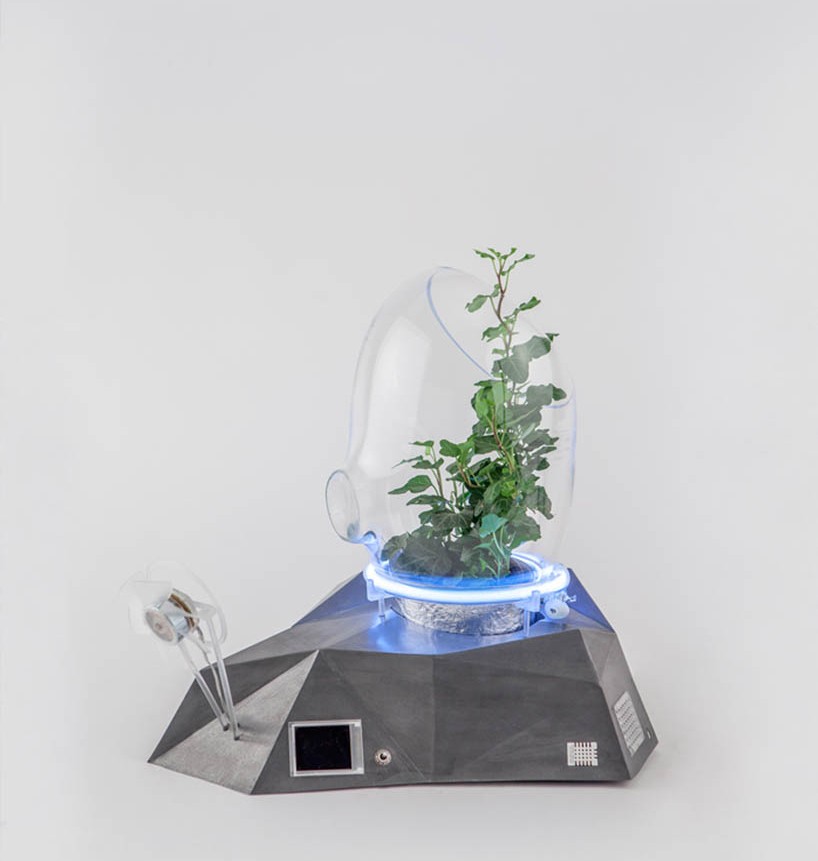 to obtain this final design, the project was based on three main pillars set up by both designers:

the pursuit of comfort: for the past decades, homes have been technologically improved by automated systems, computers and household appliances placed in constructed settings that introduce materials like lacquer, varnish, adhesive, synthetic fibres and woods — together with decorative elements incorporated into daily life (rugs, cushions, plushies, computers, furniture) and a series of chemical elements required to preserve this ensemble.

your building is sick but you don’t know it: the world health organization (WHO) was the first to introduce the idea of ‘sick building syndrome’ (SBS). at some point, we assumed that technological and architectural progresses would create healthier spaces. however, indoor air became just as harmful as outdoor pollution. buildings become more airtight, trapping toxins from materials due to the accumulation of objects /devices. the consequences include allergies, fatigue, headache, asthma, general discomfort, irritation and dryness, nervousness etc…

domestic agencies: in 1989, NASA carried out a research about particles floating in houses and how to fight them. more than 350 harmful substances are listed such as: benzene, formaldehyde, acetones, toluene etc.. the solution was found in watching nature and realizing how plants, as living beings, filter the air and use it for their own survival. NASA has documented more than 50 vegetal species capable of absorbing toxins and turning them into organic material (like sugars and amino-acids). 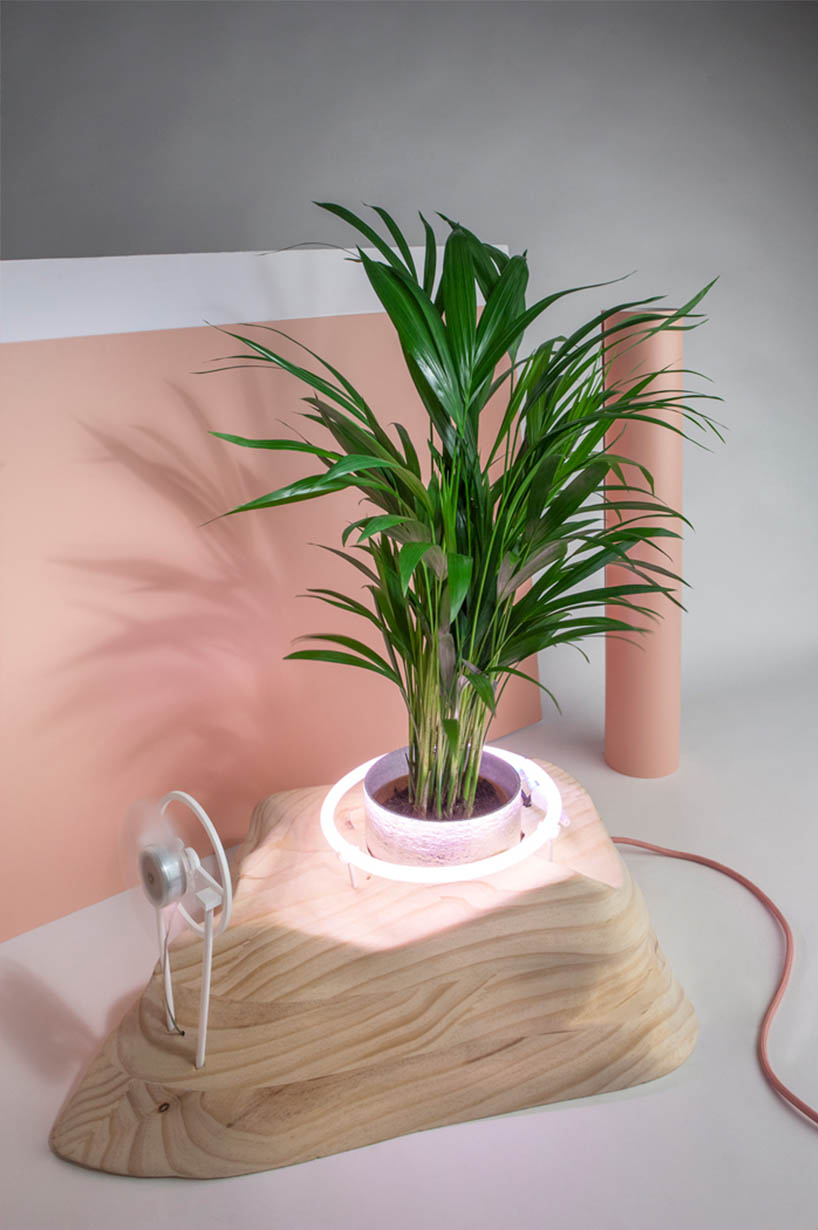