Robbers and thieves who don’t want to get caught should avoid showing up on Andrew Mok and Nobody.Solutions’ front doors, or they’ll turn them into an inspiration for the next headphone design. At least, that’s what happened in the collaboration between the two designers for their customized Apple Airpods Max design.

Thieves-like action figures cling onto the headphones, trying to escape the police or the scrutiny of the public. They soon realize they can’t. The artistry of the designers is just too obvious, and the result makes people crave the customized Apple Airpods Max. 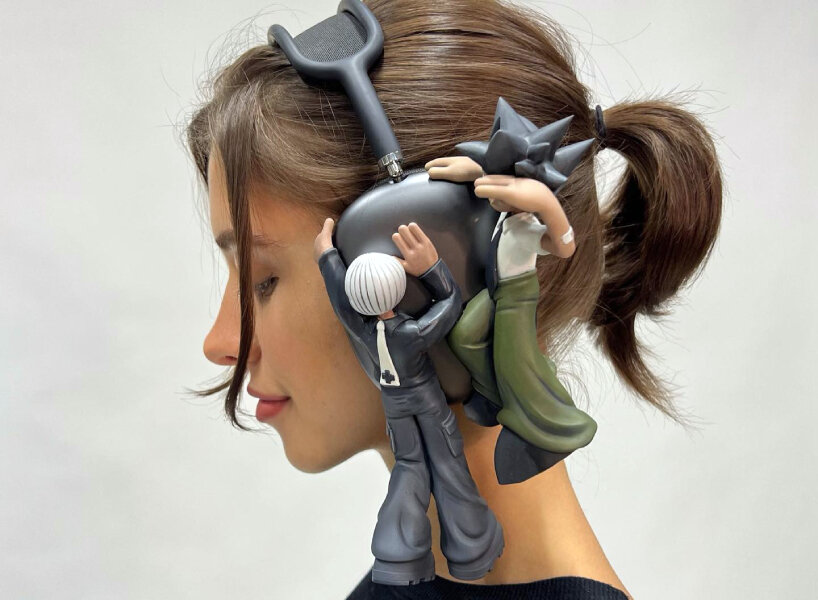 The base of the design relies on the store-bought Apple Airpods Max glistening in silver. What the Hong Kong artist and Russian designer did was add action figures to offer life to the stale-looking headphones. On the left side of the customized headphones, the first character almost slips and falls.

Its right hand only glides through the silky texture of the surface while its left hand barely grapples the cushion of the headphones. Give it a few more seconds and it’s going to fall soon (metaphorically since it looks like it’s stuck up there on the customized Apple Airpods Max). 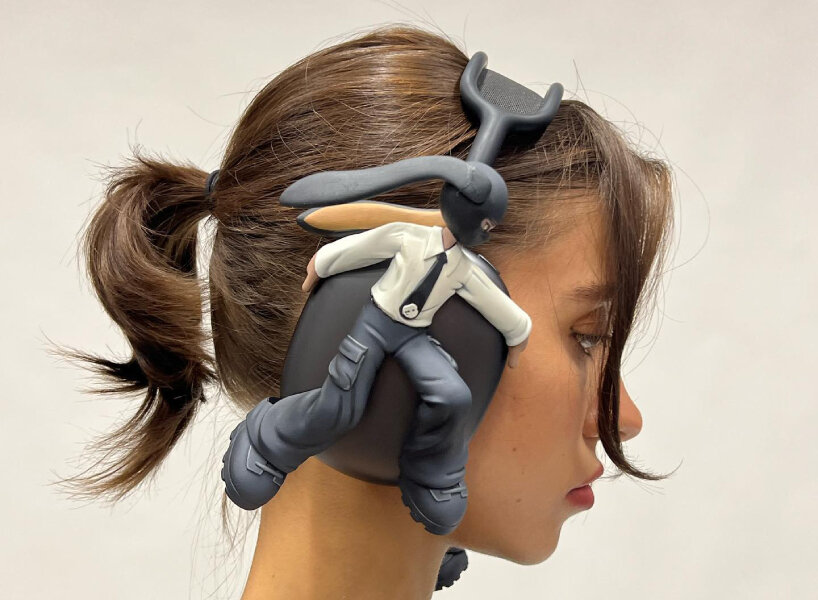 Who told them to wear office attire?

Next to this falling action figure, it seems like the character wants to take a leap, literally. It’s showing ounces of bravado with the way it hangs by only using its right arm on the top of the headphones while brushing off the sweat dripping on its forehead with its right hand.

No one asked the action figure to wear an office suit while going on a robbery mission, but it still did it. Now, the toy is suffering with the weight of his own decision and his oversized, very-loose green pants (those look like they weigh so much). 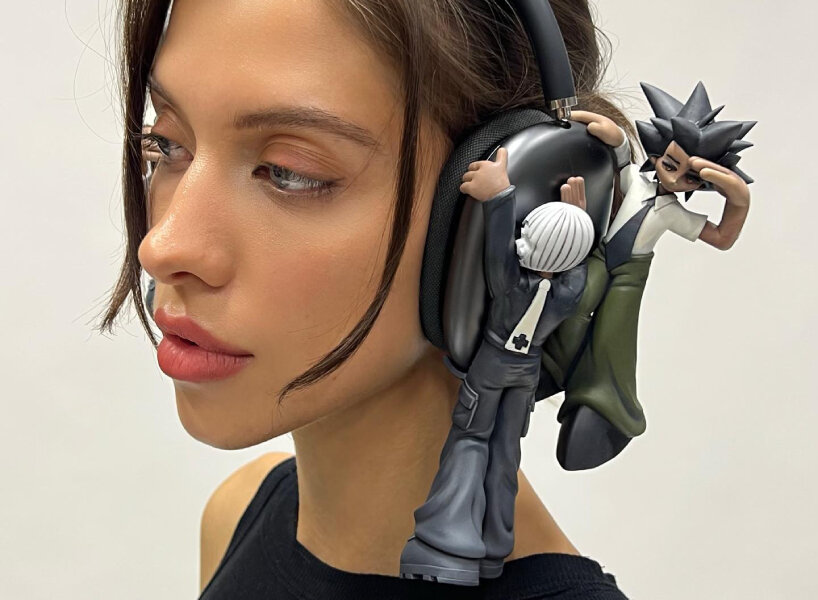 these two action figures cling on for dear lives

Among these robbers and thieves, at least one is smart enough to cling onto both sides of the headphones, and that’s the character on the right side of the customized Apple Airpods Max. The figure followed the dress code of the other action figure and wore office attire, even after knowing that all of them will have to run through a high chase.

The character on the right side looks like it knows what it’s doing and has never been out of practice. The designers cover the toy’s face with a robber’s mask, complete with bunny ears. The long black ears flap as the wind blows, but the stance of the action figure embodies confidence that among the three of them, this is one bound to survive the headphones pursuit. 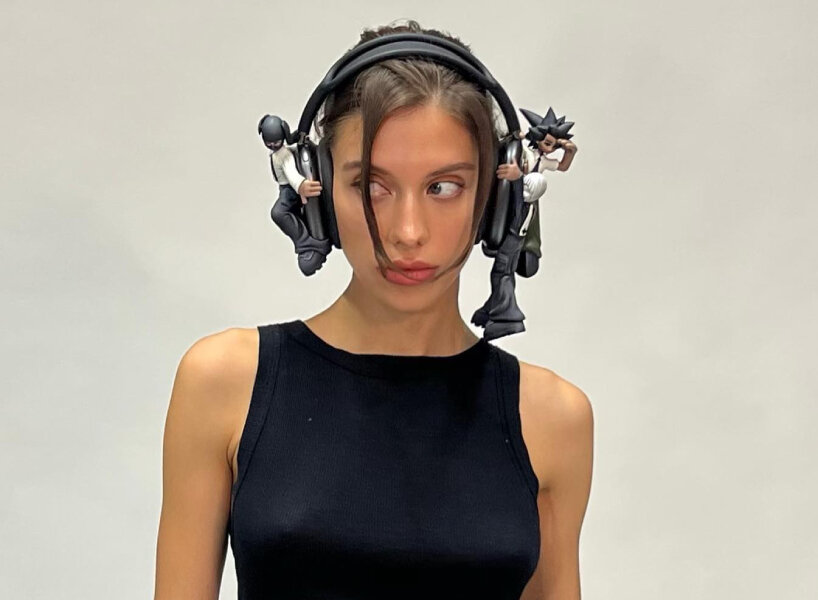 No news yet on availability

Andrew Mok, also known as OffGod, and Nobody.Solutions both posted their creation on their Instagram feeds which has racked up thousands of double-taps and a growing cult. No one has disclosed yet whether the customized Apple Airpods Max will be available anytime soon.

By the looks of it, it will be an exhibition model to please the viewers’ eyes. Never say never, and one day, someone might work with the artists and pick up the customized headphones as the new trend on the market. 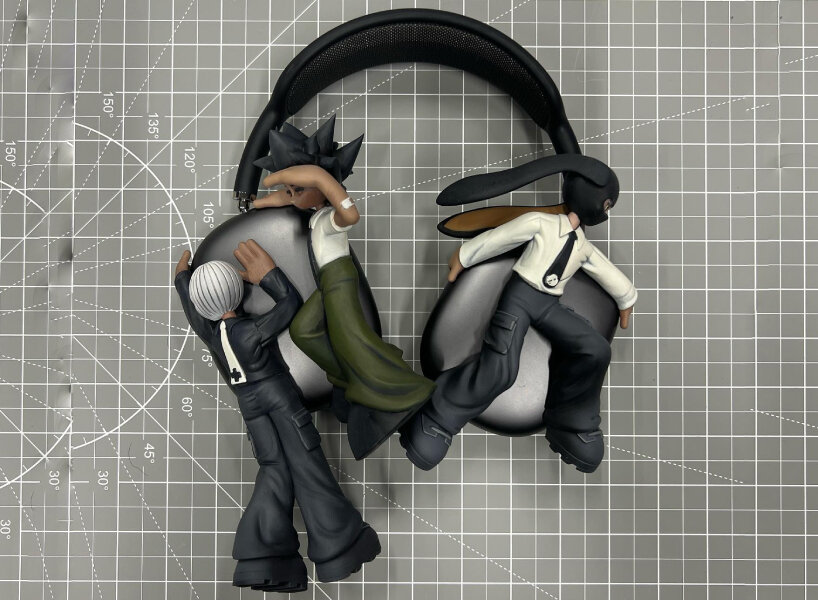 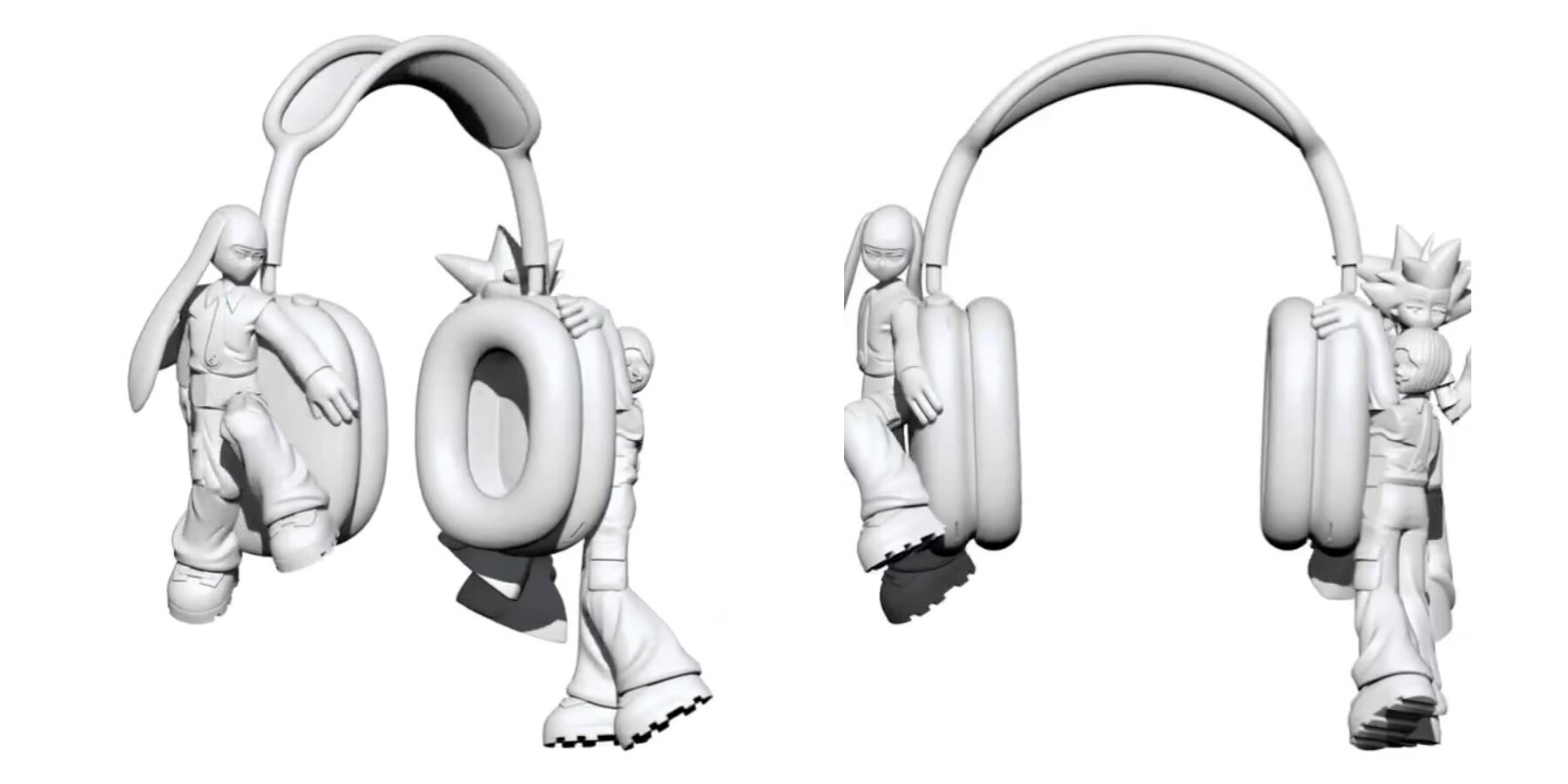