‘cut/copy/paste’ is a series of exhibitions by the canadian creative agency motherbrand being held as part of the toronto design festival. showcasing creative reuse in canadian design, ‘cut/paste’ is being held at the ROM’s institute for contemporary culture, while the gardiner museum is hosting ‘copy’, an exhibit on imitation in canadian ceramics. the shows will continue running until january 31, 2010.  ‘cut/paste’ is the larger of the two shows and features examples of products, craft pieces and objects that showcase covert reuse and obvious sampling. the idea of reuse is deeply rooted in canadian material culture, evolving from first nations adaptations of european products to contemporary designers reworking objects for the sake of art. ‘copy’ at the gardiner museum showcases copying in ceramic wok, from other ceramics, as well as nature. 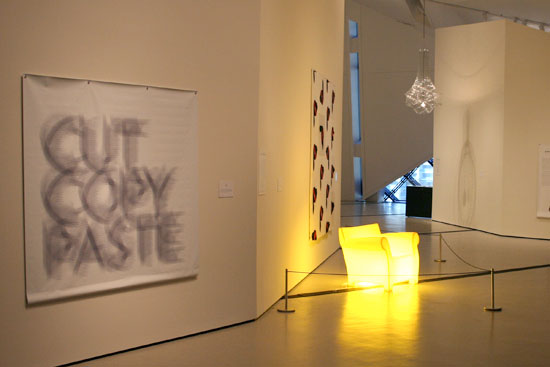 overview of ‘cut/paste’ at the royal ontario museum 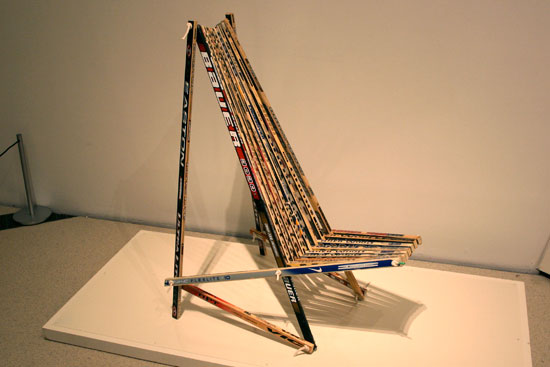 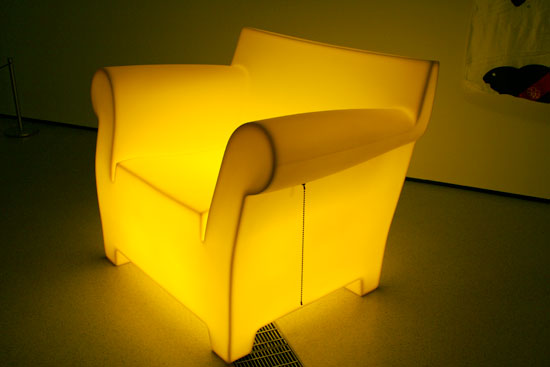 ‘this is a lamp’ by tobias wong, 2001 (transforms a philippe stark chair into a lamp) 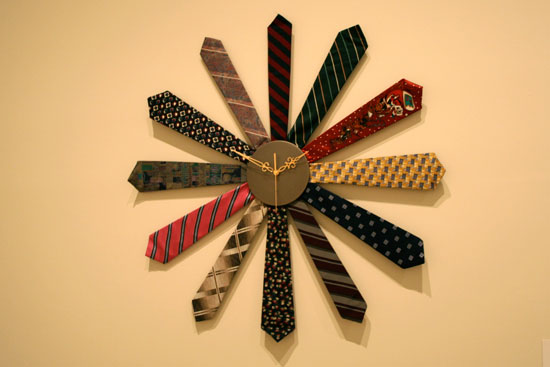 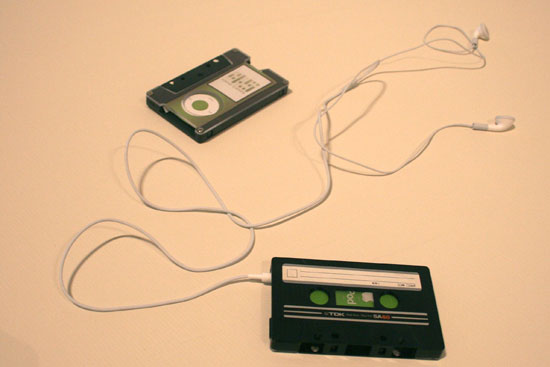 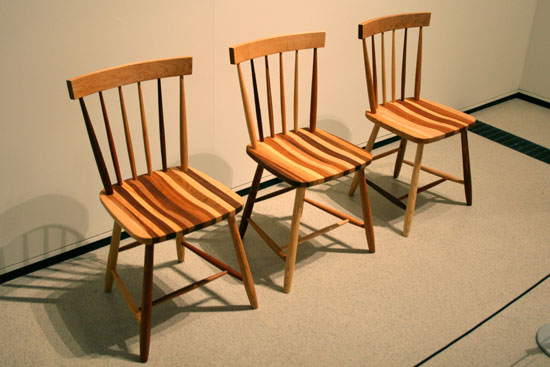 ‘common chairs’ by cristina covello and andrew reesor, 2008 (made from reclaimed lumber) 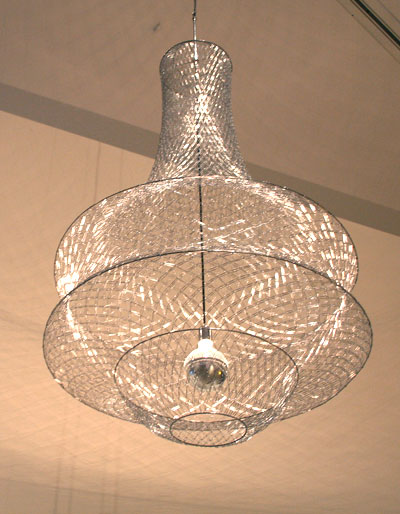 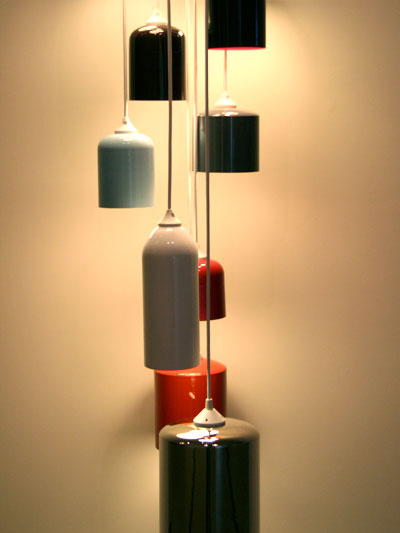 ‘tank lighting’ by castor, 2010 (made from old fire extinguishers) 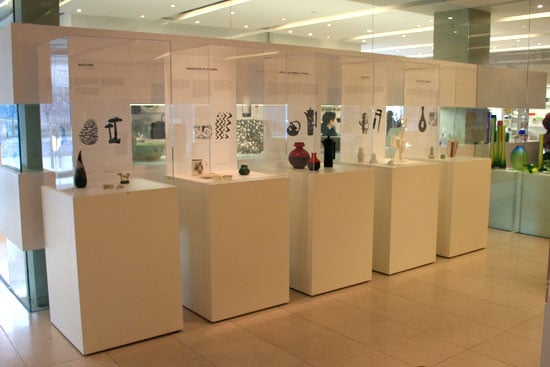 overview of ‘copy’ at the gardiner museum 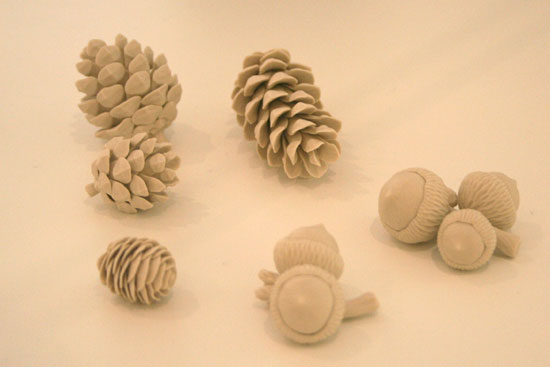 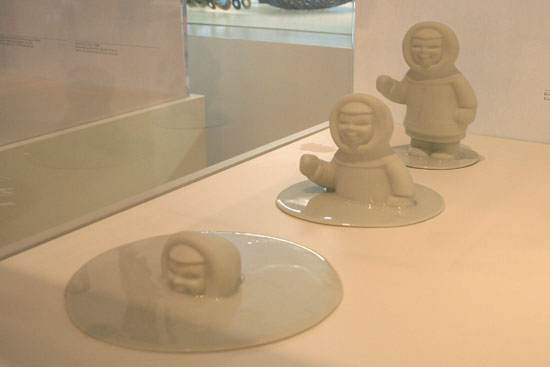 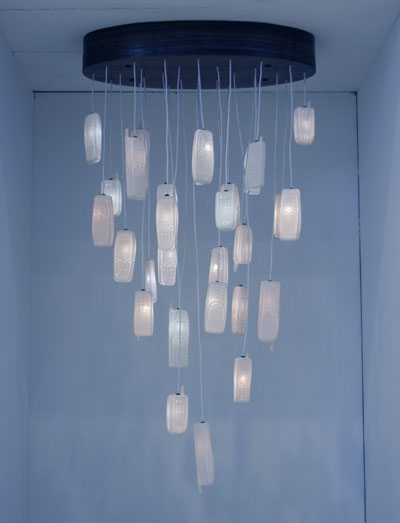 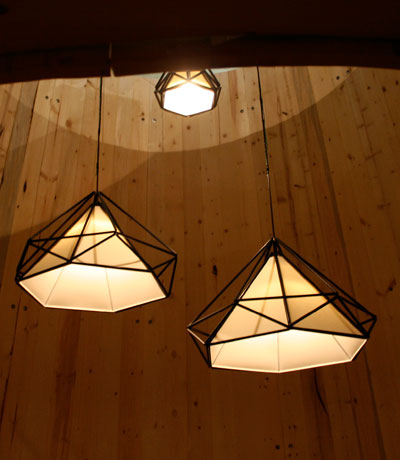 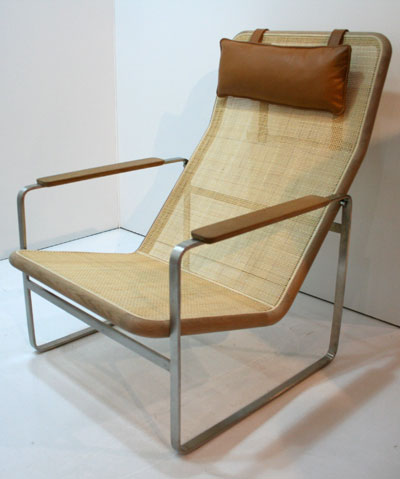 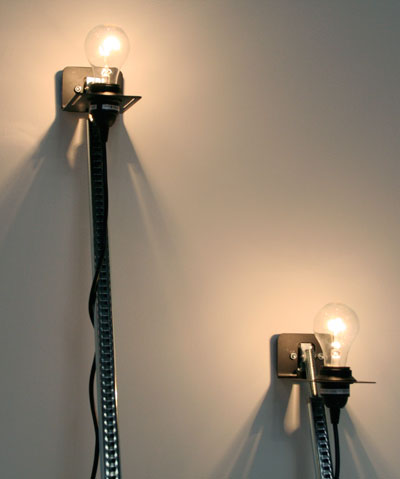 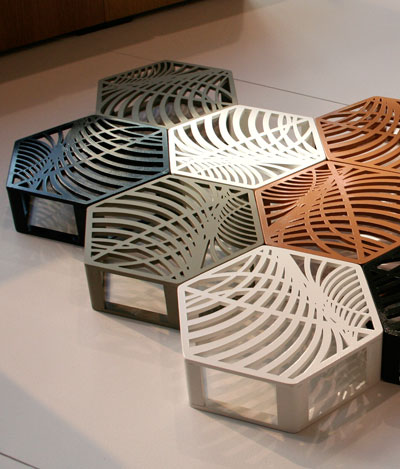