dan roosegaarde has revealed a series of new concepts for the afsluitdijk — a 32 kilometer-long dike which protects the netherlands against flooding. built by hand in 1932, the landmark is now in need of a major renovation. roosegaarde has joined forces with the dutch government and surrounding municipalities to lead ‘icoon afsluitdijk’: an ambitious program of innovative ideas that intend to protect the future of the dike.

the projects — some first previewed in july, and to be realized in the coming year — aim to form a subtle, interactive layer of light to emphasize the unique experience between man and landscape that the afsluitdijk embodies. ‘the dutch landscape has traditionally been a place for innovation,’ roosegaarde says. ‘our dikes symbolize the creativity power of the netherlands when it comes to living with water. now it is time for an update.’ 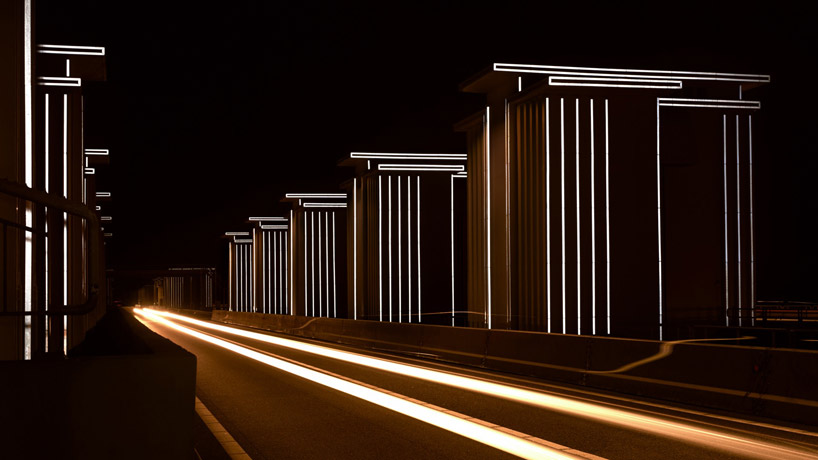 from september 2-4, 2016, roosegaarde unveiled the new designs for afsluitdijk alongside a special edition of ‘waterlicht’, first presented along netherland’s river ijssel. this virtual flood shows how high water would reach without human intervention, displaying both the strength and fragility of the sea. undulating lines of light made with LED laser technology, software, and lenses form a powerful and poetic experience. 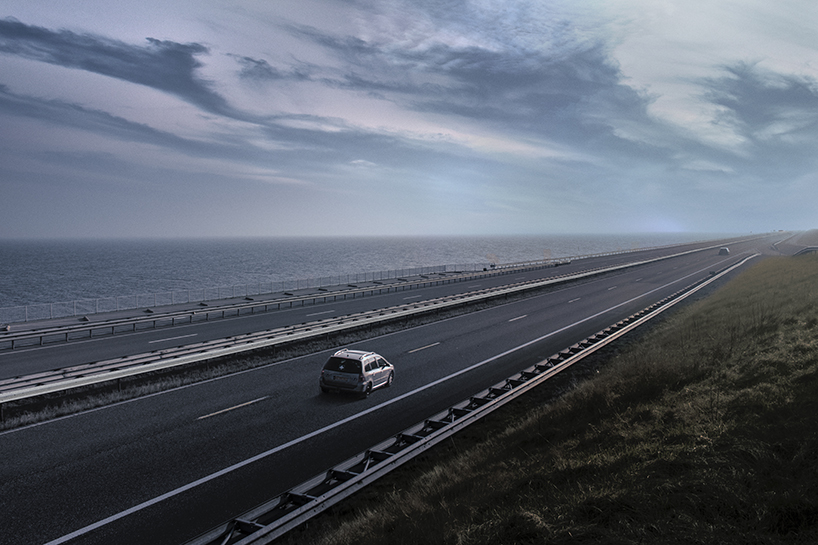 also as part of ‘icoon afsluitdijk’, roosegaarde has unveiled ‘gates of light’ — a retroreflective layer which will cover the concrete of the lorentz and stevin lock complexes. this intervention will allow 60 renovated monuments to be lit up by the headlights of passing cars. roosegaarde turns otherwise everyday concrete locks into an interactive and cinematic experience that creates a luminous entrance to the afsluitdijk. 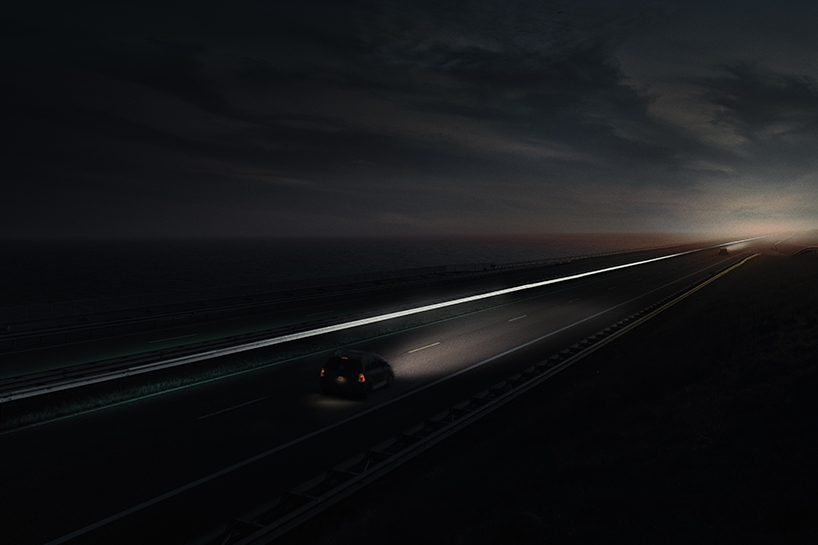 in continuing to emphasize the afsluitdijk’s inherent qualities, roosegaarde highlights the straight line of the dike with the installation ‘line of light’. a reflective layer will be added to the guide rail of the afsluitdijk, bringing a feeling of calmness and safety to drivers. 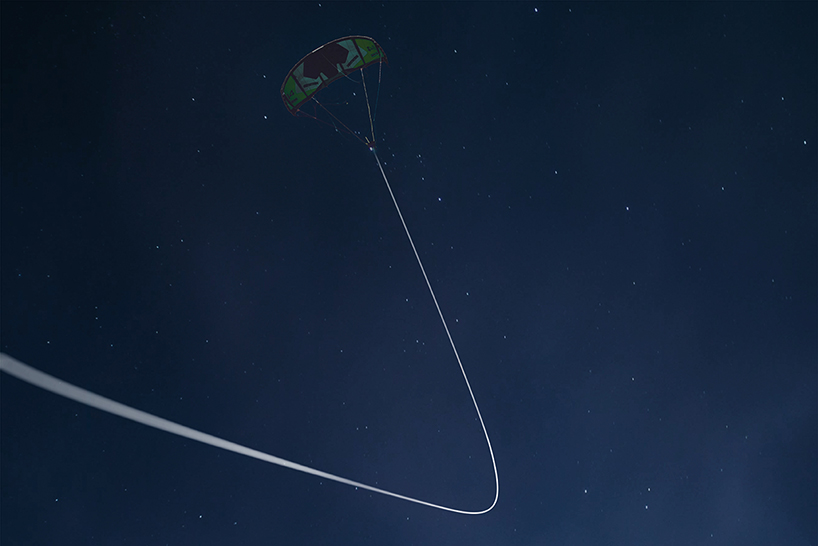 following the dream of late dutch physicist and astronaut wubbo ockels to realize energy-generating kites, roosegaarde has planned ‘windvogel’. developed in collaboration with the delft university of technology, these floating kites can gather energy from the wind ranging from 20 to 100 kilowatts. luminous cables create a dynamic dance of lines while physically visualizing the energy that surrounds us. 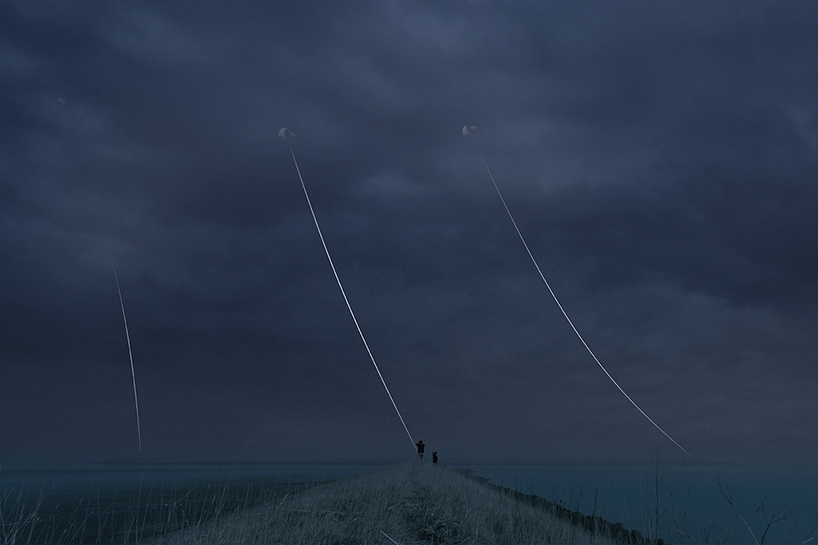 luminous cables for ‘windvogel’ create a dynamic dance of lines

showcased in a historical bunker on the friesland side of the dike, ‘glowing nature’ comprises cultivated natural bioluminescent algae — one of the oldest organisms of the planet. visitors can interact directly with the species: as they move throughout the space, the algae emits a subtle green glow around them. 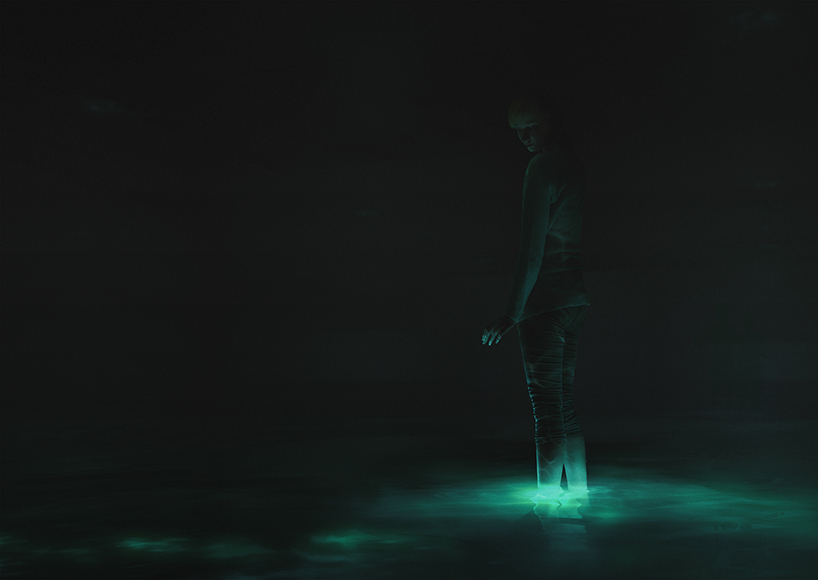 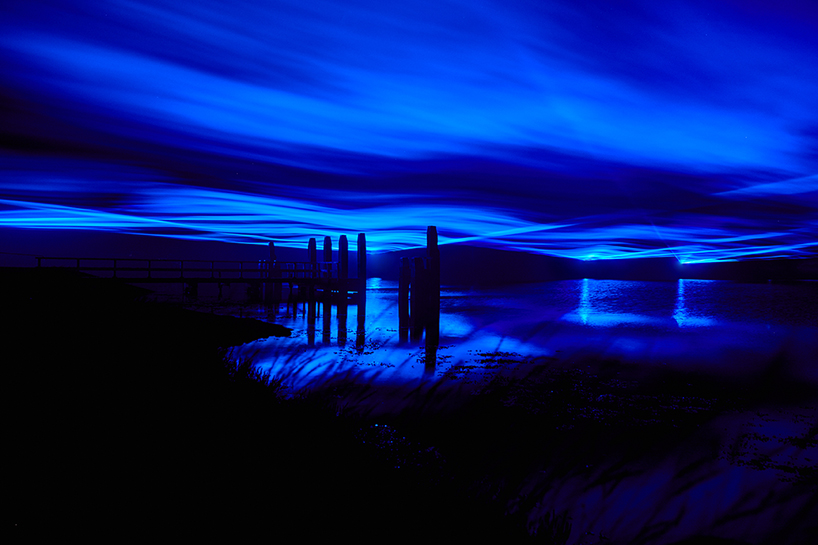 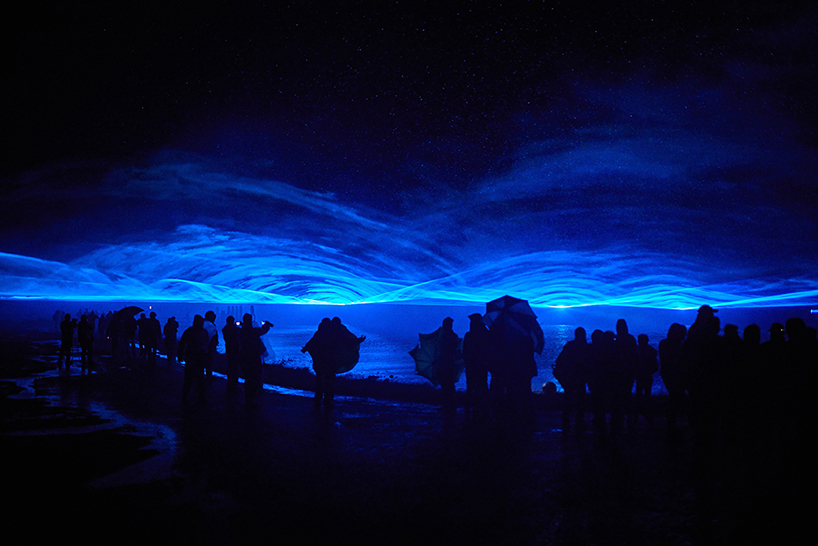 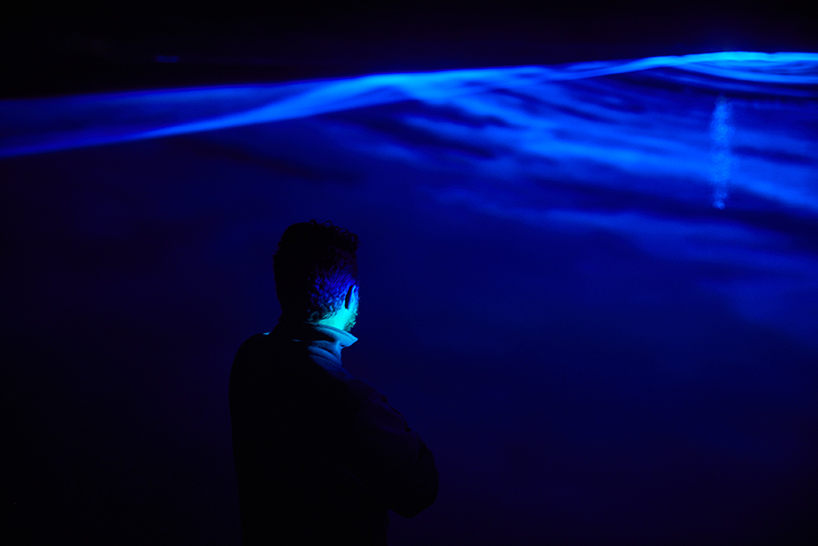 undulating lines of light are made with LED laser technology, software and lenses