the studio of japanese designer daisuke kitagawa presents five prototypes from his ‘reflect’ collection at salone satellite 2016. influenced by the impression that reflections have on our emotional and physical states, the products hope to evoke a sense of awareness that sparks new attention to our surroundings. included in ‘reflect’ are the: ‘corner’ easy chair, ‘layer’ wall shelf, ‘moon’ lamp, ‘trio’ coat hanger, and ‘ridge’ flower vase. 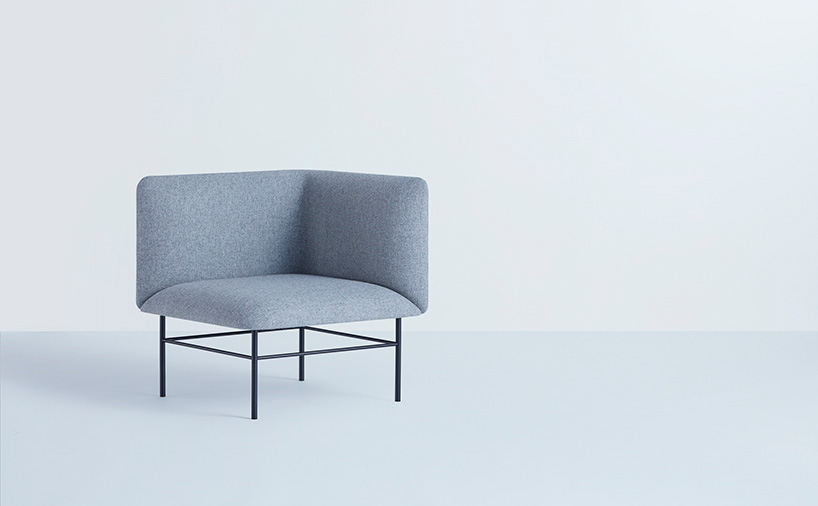 the seat is generously sized, with a distinctive backrest

beginning chronologically, ‘corner’ is a distinctive seat with generous proportions and a high, enveloping backrest. there’s something comforting about being tucked into a corner, secure with a view of everything around. ‘corner’ has an L-shaped backrest that allows users to find a similar experience in any part of the home. 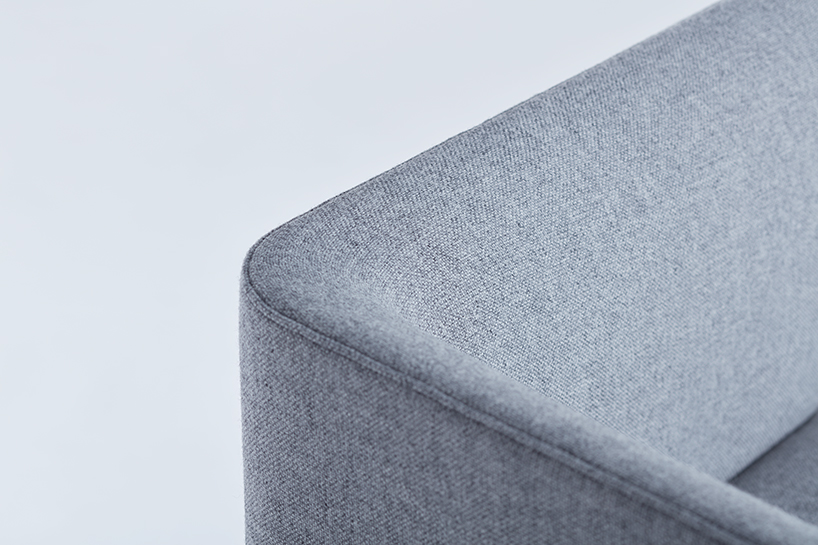 ‘layer’ is a decorative wall shelf drawn from the chigai-dana design style of sukiya-zukuri — a japanese residential architecture methodology. kitagawa takes a light-hearted approach to re-interpreting the traditional form. this is accomplished with sliding glass panels treated to a multi-layer film deposition process. much to the same effect as sunglass lenses, every perspective change results in a different color becoming visible. rather than hide everything away, the glass becomes a translucent partition that mystifies and reveals. 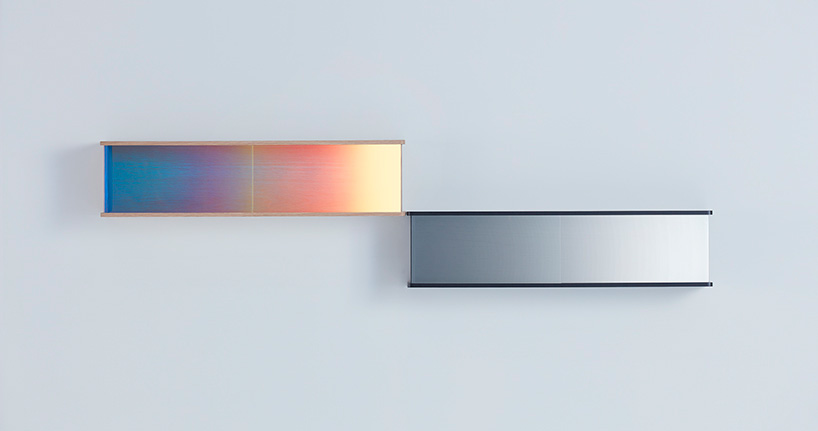 ‘moon’ began as an investigation into the role of shadows in regards to lighting design. a large, flat-topped, hemispherical lamp, the element is placed directly on the floor. when illuminated, shadows cast by its gold-colored, slightly curved lid perfectly visualize a tiny solar eclipse. giving off a soft, warming glow, its bold visual appearance remains noticeable even in a bright environment. 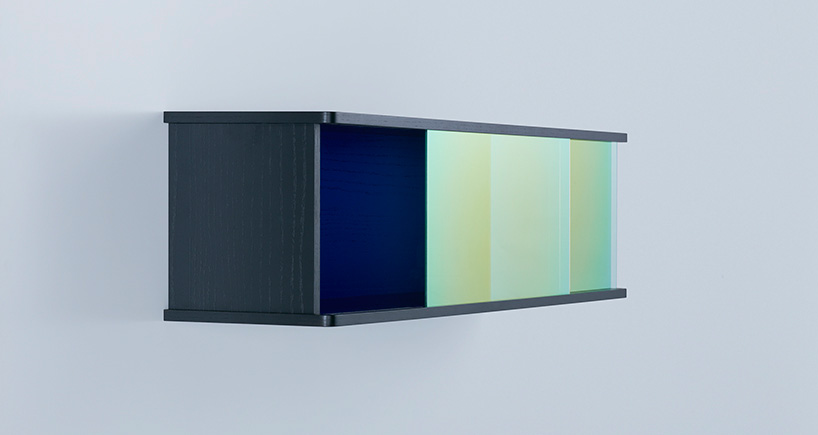 the glass’s reflection changes in color as perspective does

minimal elements are employed to pair rich expression and clarity of purpose to the ‘trio’ coat hanger. three legs that intersect at the top, with a single ring as support, form the sculptural piece. woven rattan gives some weight to ‘trio’, as well as communicate its ability to accommodate a bag, pair of shoes, or other items. 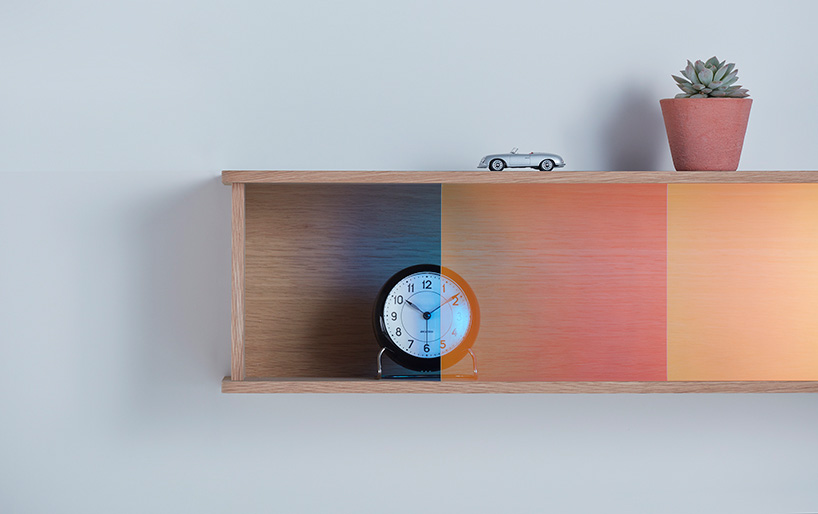 ‘ridge’, the smallest of all prototypes in the collection, is a simple flower vase that reassesses bouquet organization. typically displayed in a bunch, the marble vase straightens things out — literally. using the stability of stone as a base, a thin recess provides space for blooms to be spaced in a clean, orderly line. to see the ‘reflect’ collection, visit daisuke kitagawa at salone satelitte milano, stand A-7 until april 17th, 2016. 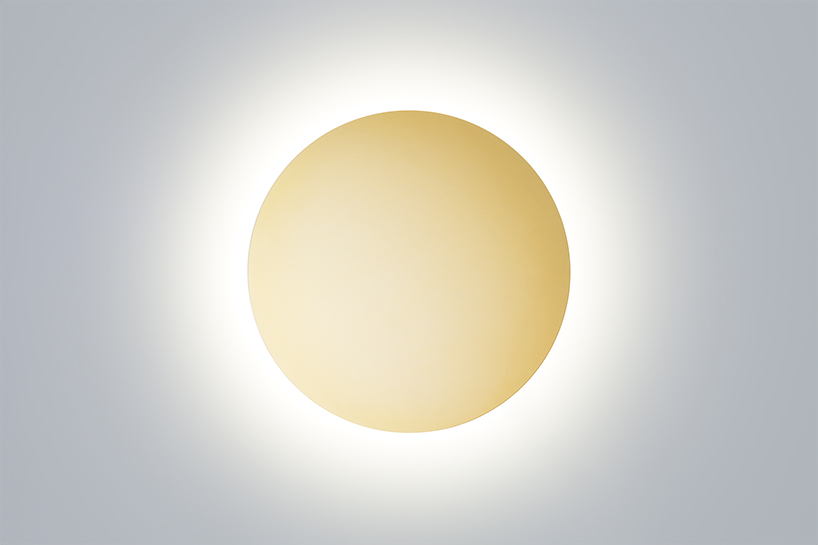 when on, the lamp’s shadows and golden lid take on the appearance of an eclipse 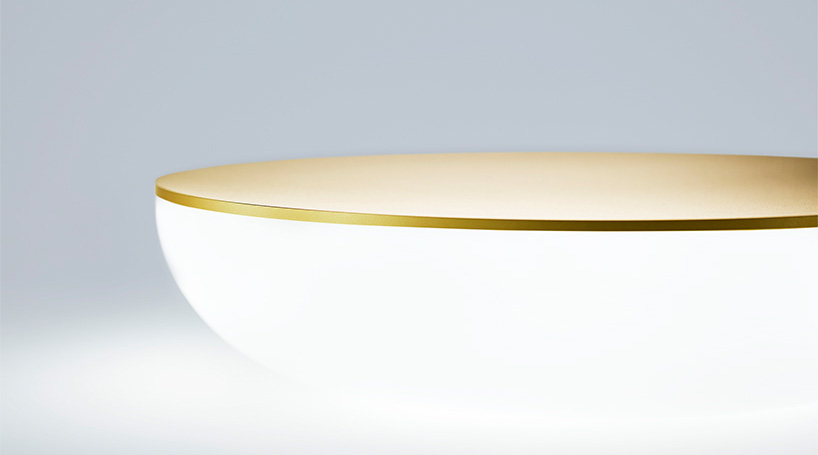 the ‘moon’ bowl appears like a crescent moon from its side 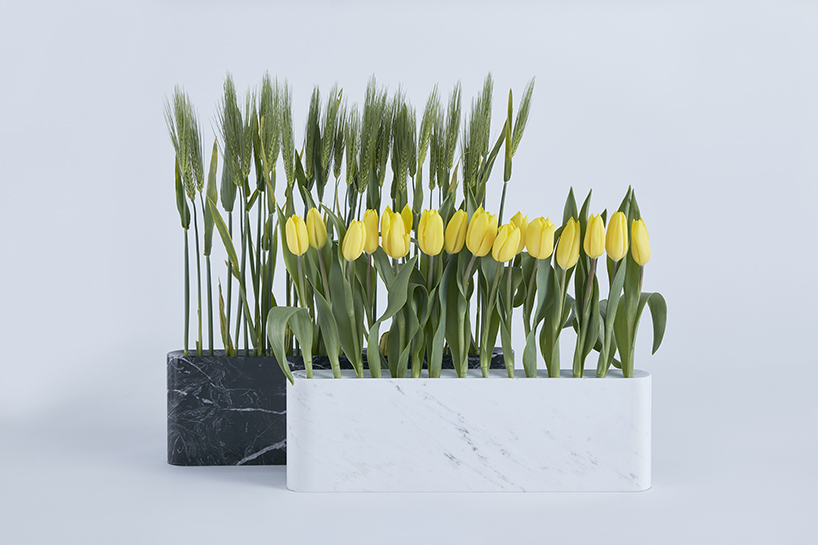 flowers are placed in rows 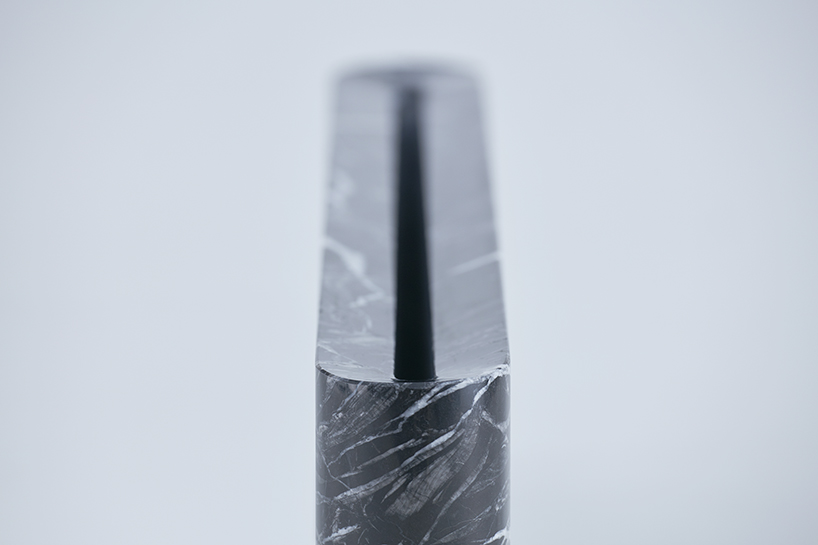 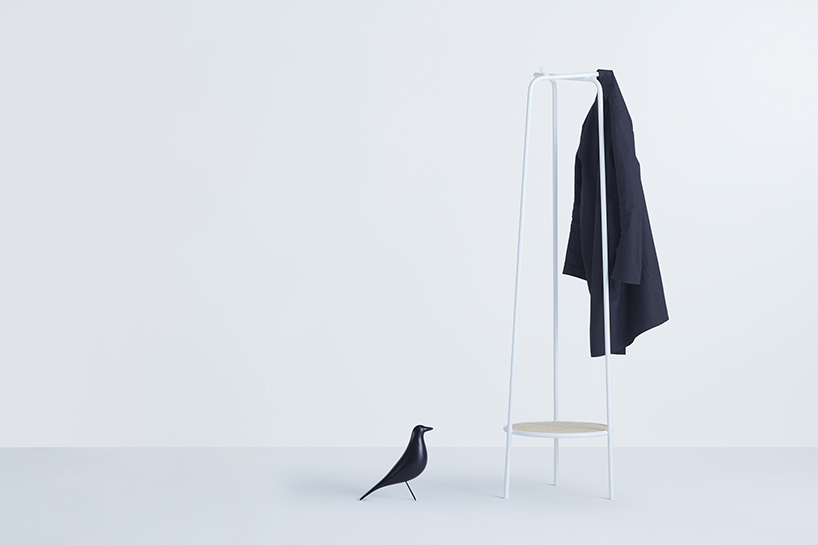 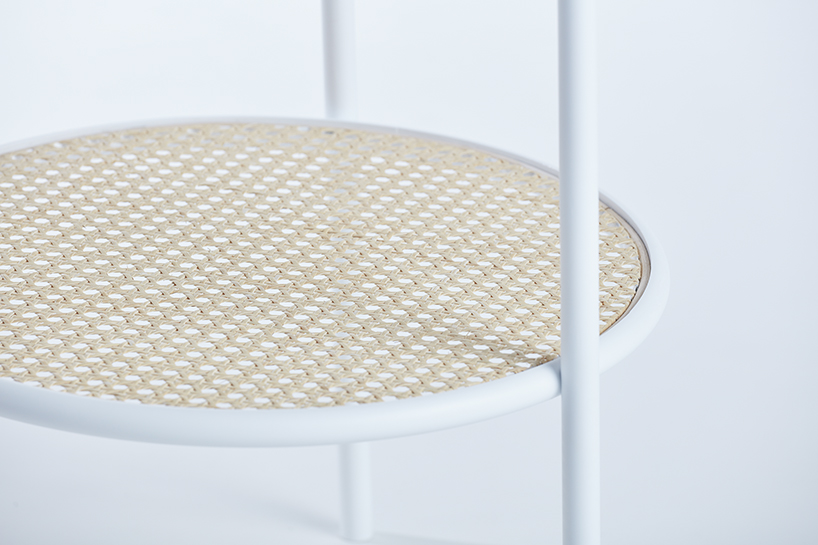 the rattan shelf also serves as a place to put a bag, shoes or accessories 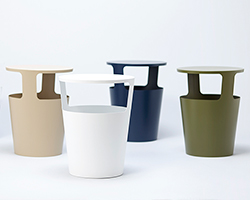