On 29th December 2022, it was announced that Britain – as well as the rest of the world – had lost its Queen of fashion, as Dame Vivienne Westwood passed away aged 81 peacefully in South London. The designer, famed for her controversial punk and new wave styles in the 1970s, went on to dress some of the biggest names in culture, from fashion models and princesses through to rock legends like the Sex Pistols. 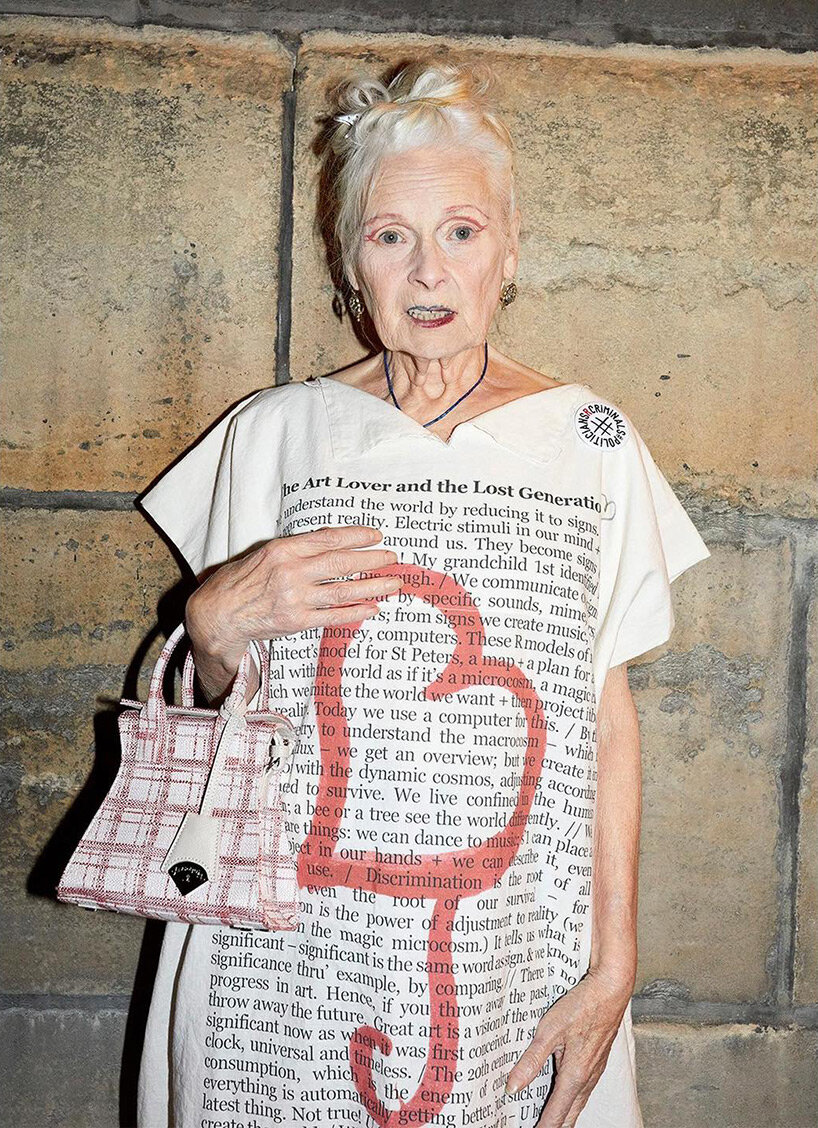 The sad news of Vivienne Westwood’s death was revealed in a statement on the social accounts of the designer’s fashion house on 29th December 2022, with the following on Instagram:

Vivienne continued to do the things she loved, up until the last moment, designing, working on her art, writing her book, and changing the world for the better. She led an amazing life. Her innovation and impact over the last 60 years has been immense and will continue into the future.

Vivienne considered herself a Taoist. She wrote, “Tao spiritual system. There was never more need for the Tao today. Tao gives you a feeling that you belong to the cosmos and gives purpose to your life; it gives you such a sense of identity and strength to know you’re living the life you can live and therefore ought to be living: make full use of your character and full use of your life on earth.”

The world needs people like Vivienne to make a change for the better.‘ 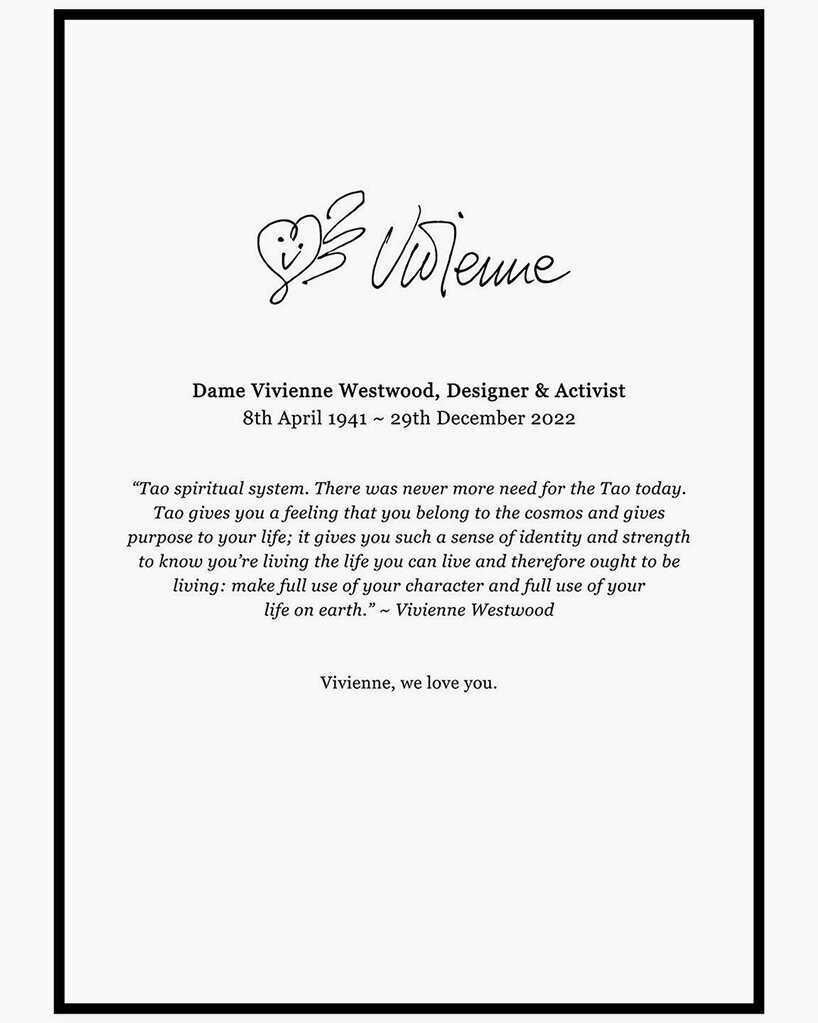 Vivienne Westwood’s quote on ‘Toa’ published by her fashion house

the life of a fashion icon

Born in Derbyshire, UK, Vivienne Westwood worked as a primary school teacher before embarking on her fashion career. She set up a clothing shop, called Let It Rock, on the fabled King’s Road in Chelsea, London with her then partner Malcom McLaren in the early 1970s. With the shop frequented by punk rock bands, the business was later renamed Sex and McLaren as the Sex Pistols, as a renowned example, shot to fame wearing their designs.

Westwood held her first proper fashion show in 1981, remembered as the Pirate Collection, which was inspired by the use of British and French history. By the 2000s, the designer was creating wedding dresses for the famous, including Dita Von Teese and Princess Eugenie – the latter wore a design for the wedding of Prince William and Catherine.

The designer came to stardom in fashion with designs with androgynous styling – both masculine and feminine characteristics – slogan T-shirts and rebellious attitude towards the establishment. She was also a passionate activist and brought these causes to the catwalk, such as climate change. Vivienne Westwood was made a Dame for services to fashion in 2006.