dyslexia is an everyday issue for british graphic design daniel britton. the condition — difficulty in the use and processing of linguistic and symbolic codes — affects on average one in ten in the UK. one of the most common learning disabilities, it is at this time still greatly misunderstood, and even more so miscommunicated. britton’s ‘dyslexia’ typeface attempts to show those without just how impairing it can be. 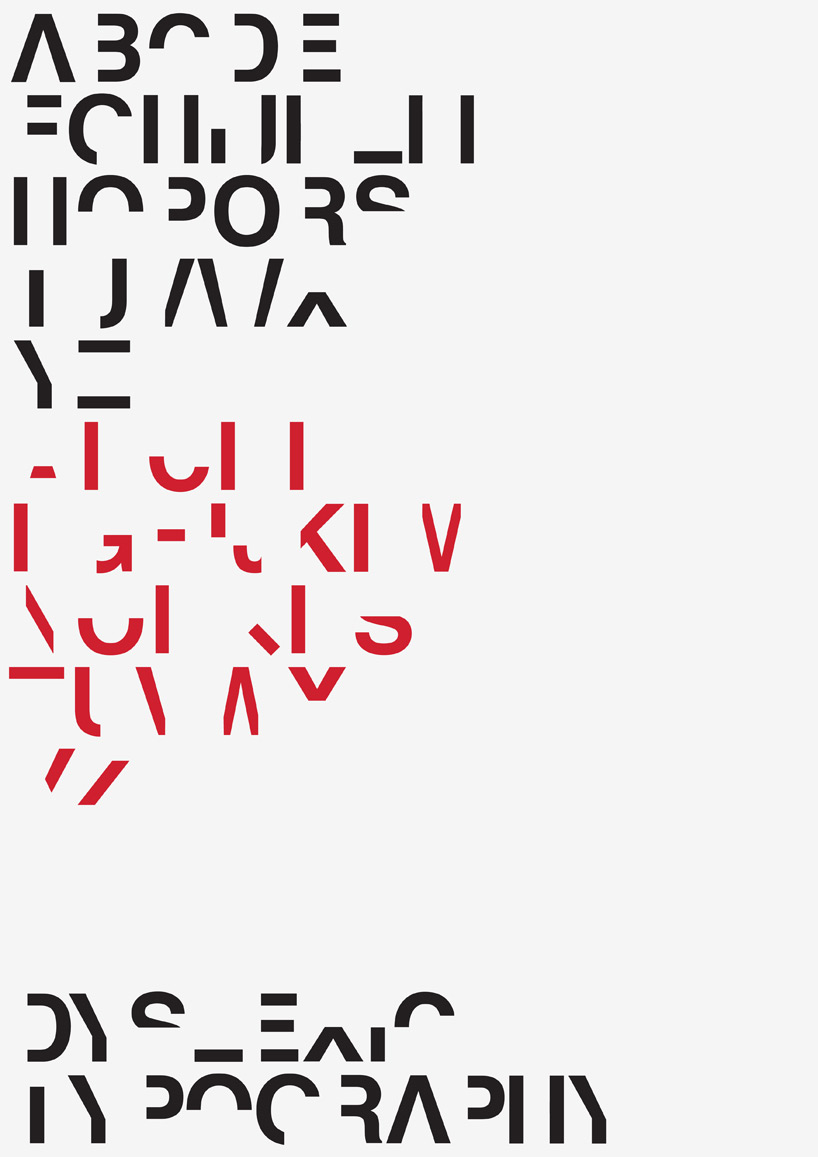 layer one and layer two (red) of the dyslexic alphabet

the typeface breaks down the reading time of non-dyslexics to roughly the same speed as someone who struggles with the issue. letters are split into two, with only one section provided at a time. in two-dimensions, reading any text is extremely difficult. in the third dimension, britton stacks both parts directly on top of the other. from straight on, the text is perfectly legible. however, a slight move to the left or right quickly confuses the words. by forcing the viewer to have to physically work to read a simple poster, britton hopes to convey the aggravation, stress, effort, and embarrassment that dyslexics face on a daily basis. 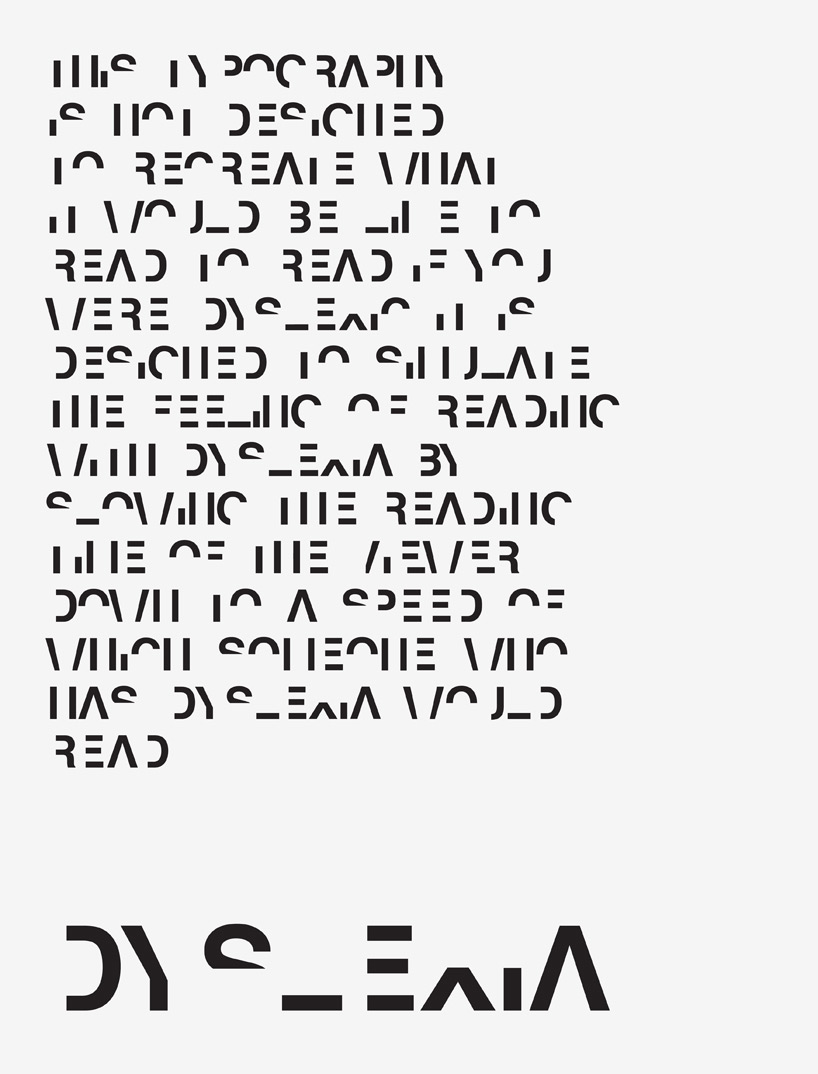 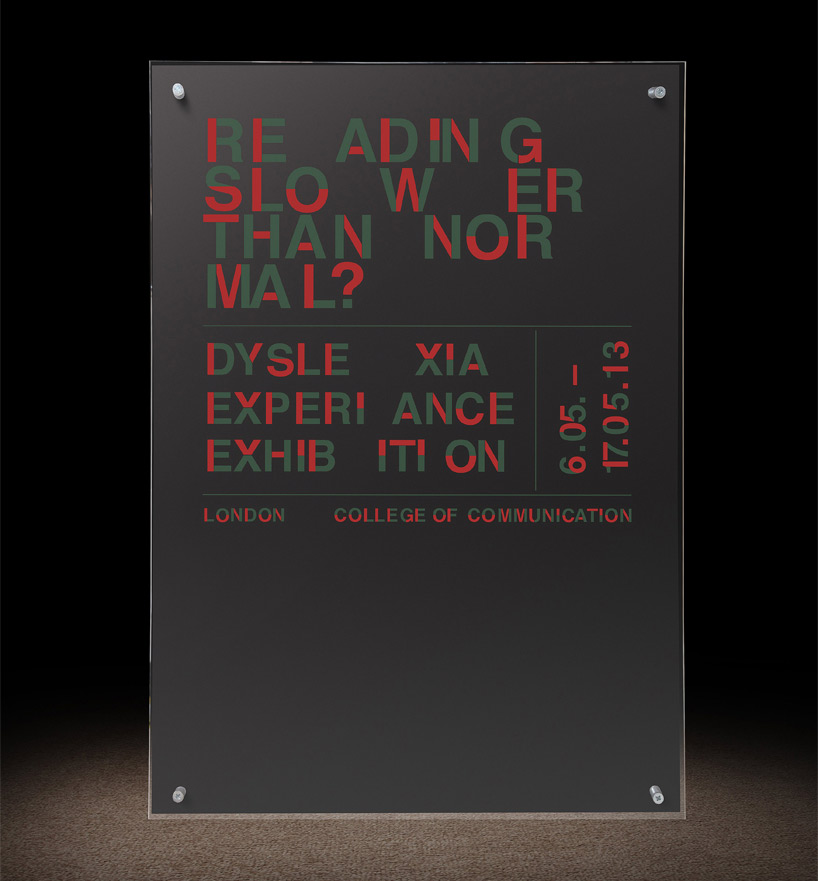 3D poster from straight ahead 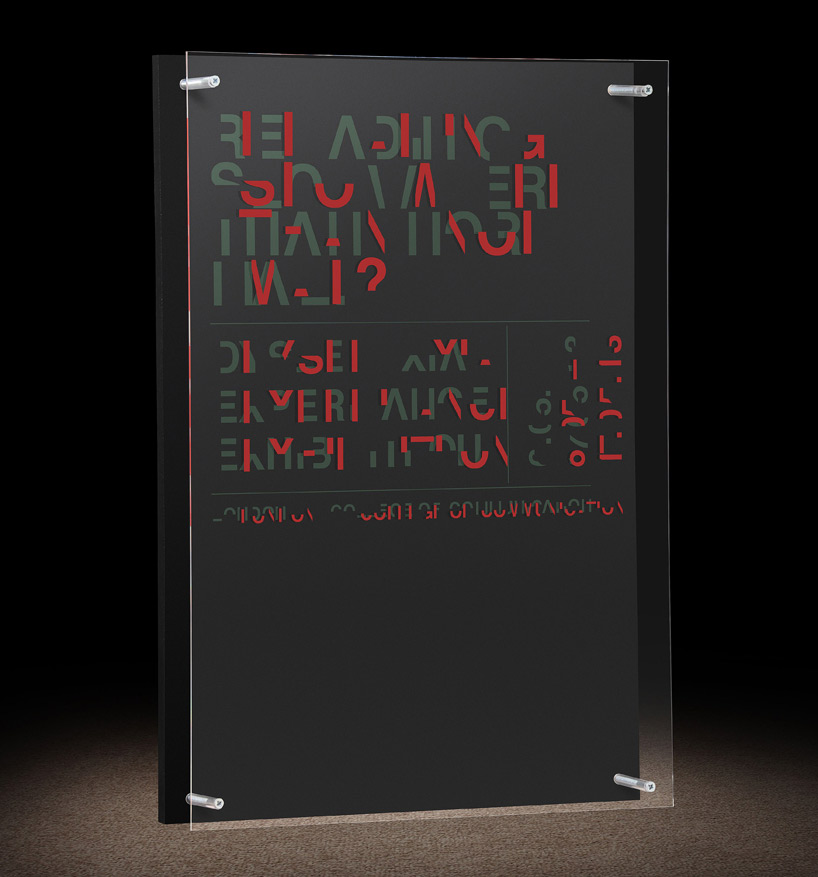 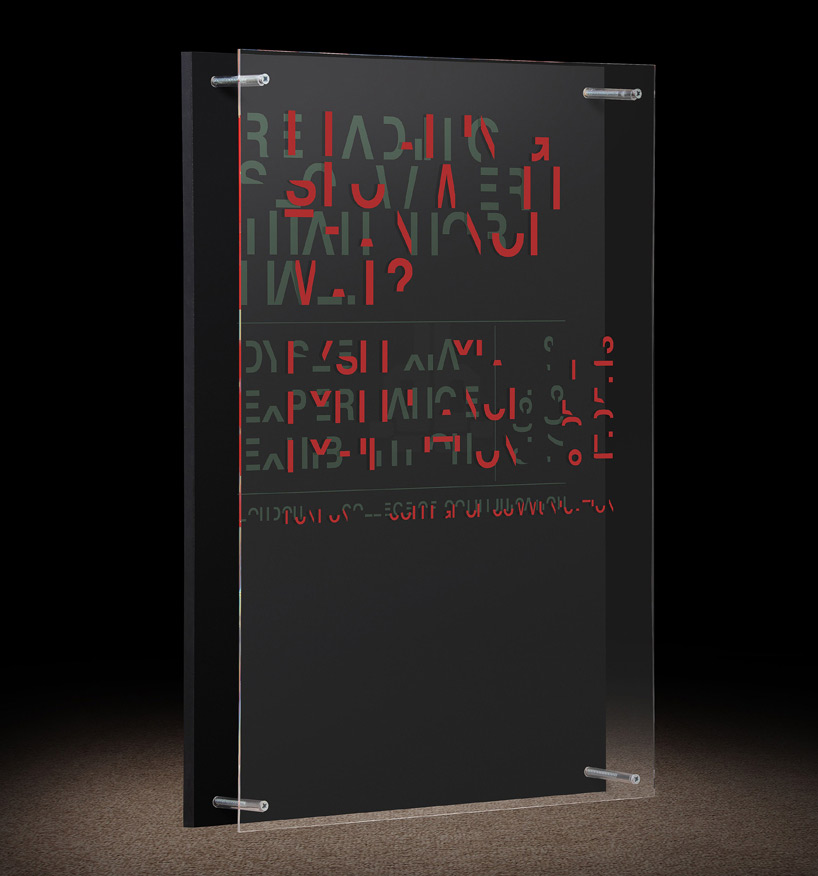 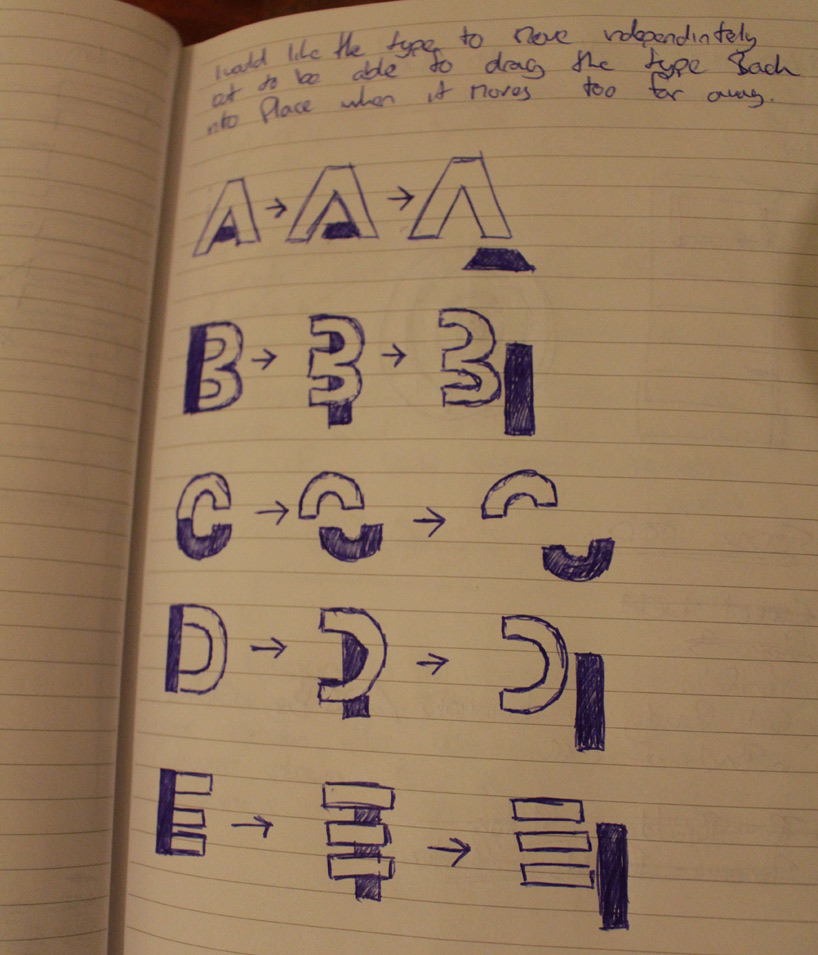