the ‘trig’ lampshade has been produced by daniel hilldrup in collaboration with stratasys using their objet500 connex3 fused deposition modelling technology. influenced by the works of antonio gaudi, the work features polygonal shapes of the cyan, magenta, and yellow color palette (one of ten palettes available) and is seen as the perfect vehicle to exhibit the connex3’s multi-color and material capabilities. ‘the design embodies two key elements that I continue to explore: the capture and development of virtual forms evolving under physical forces at a key point in time and the quantization of highly contoured forms to more primitive states. trig has both of these elements at its core,’ hilldrup said. 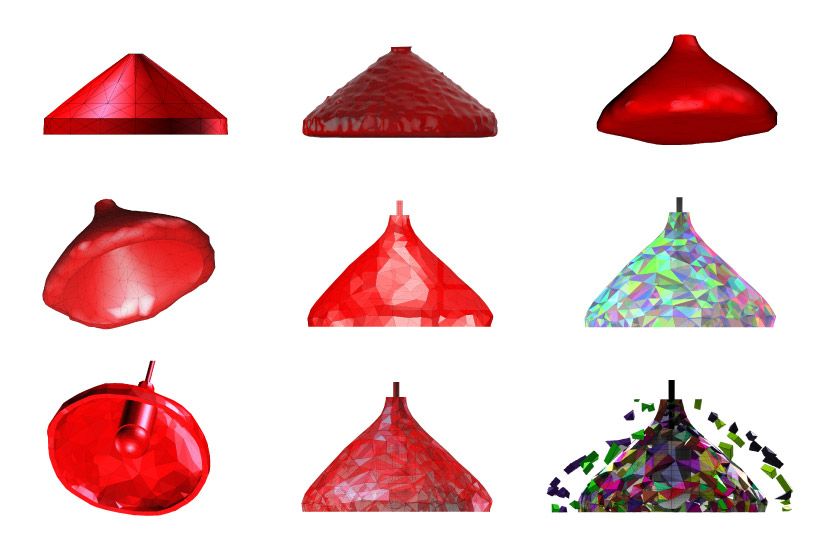 renderings of the development process

at the beginning of the process, a base form was devised ensuring that a two core flex cable, an E14 lampholder, and an E14 lamp are able to comfortably fit within the inner volume. next, liquid simulations were performed to populate the volume. at a chosen point in time, the mesh was extracted from the simulation for use upstream in the development process. the resulting form of the triangular mesh was reduced in resolution and provided the basis for the final faceted effect. 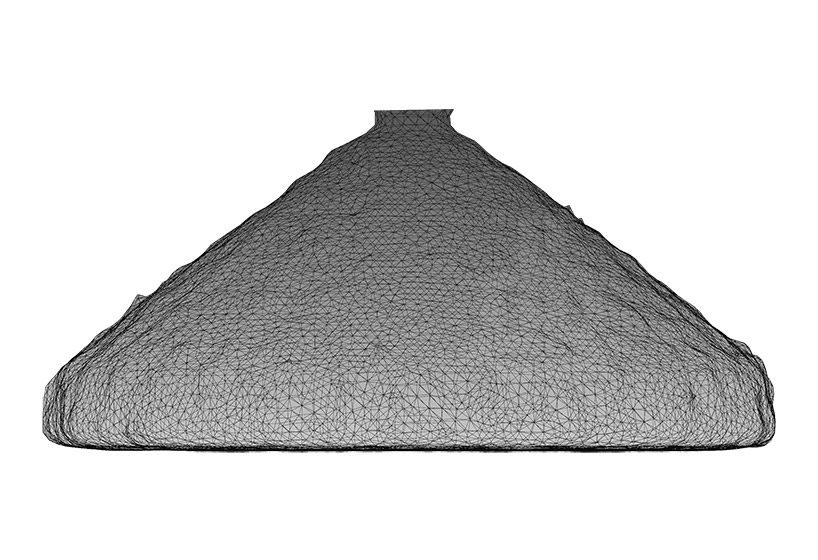 afterwards, the watertight mesh was modified to ensure that only a single layer of outward facing triangles remained. for the organization of the 46 different colors and material identities, a script was developed to randomly allocate each characteristic along the surface. each face was then given a solid offset to provide adequate thickness for the fused deposition modelling on the connex3. additional scripting was necessary for the separating of the triangles into sub-groups based on their material codes. 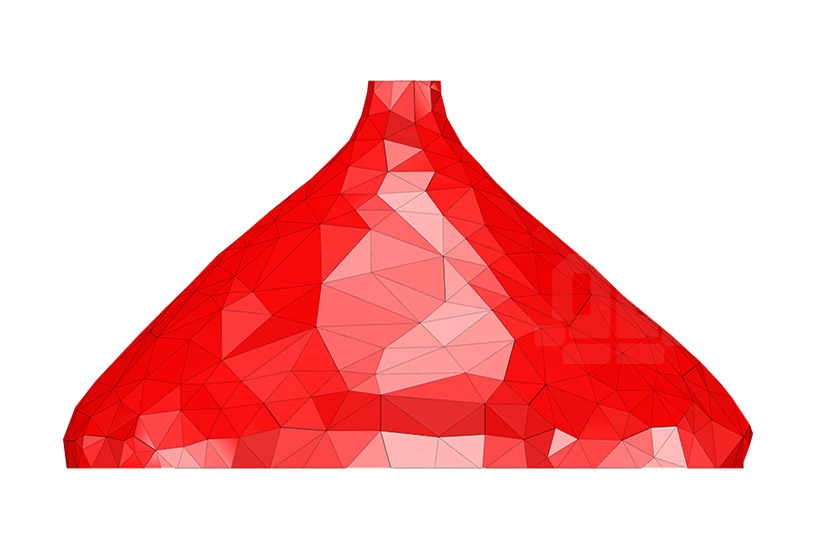 mid-stage of development with a faceted triangular form

these files were imported into STL editing software where the validity of the mesh was checked and corrected in preparation for 3D print production. in the final stage, materials from stratasys’ multi-color palettes were applied to each of the sub-groups according to a specified sequence. 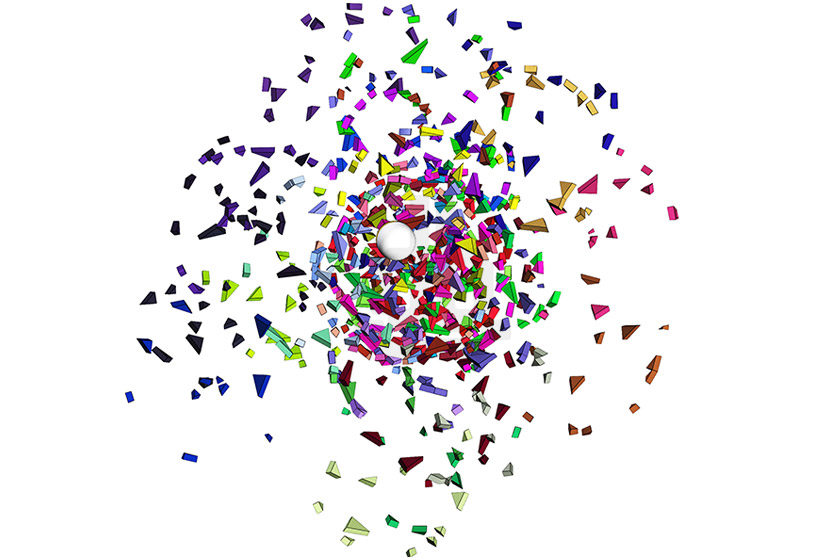 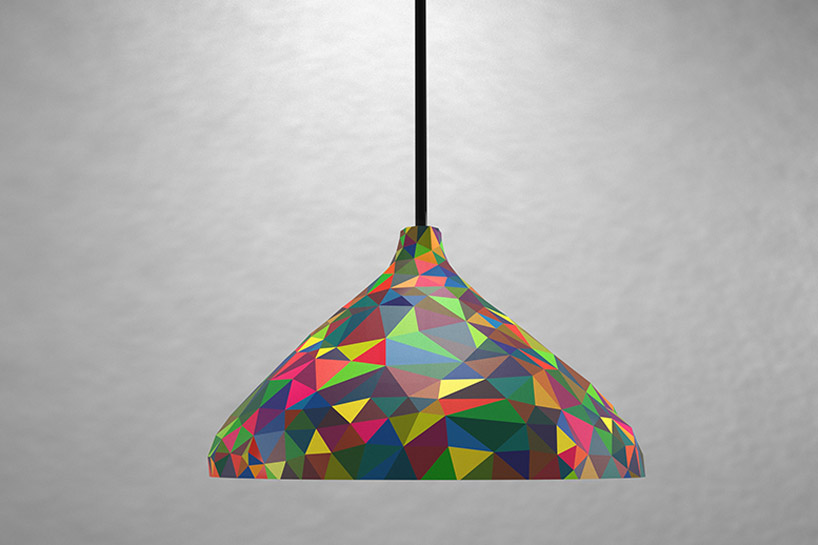 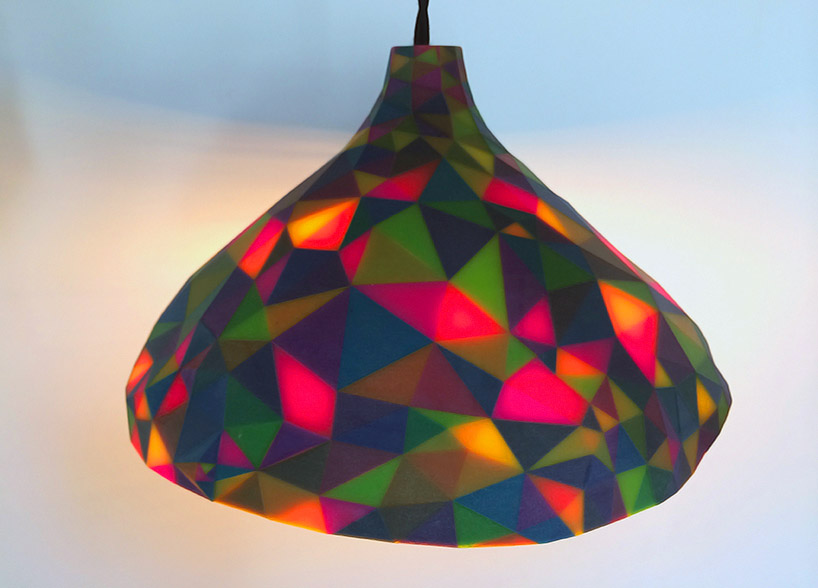 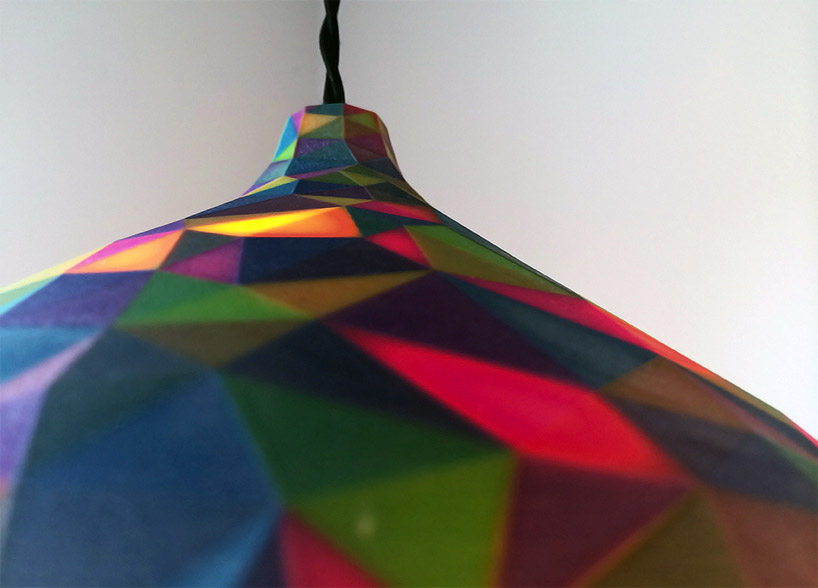 detail of the triangles 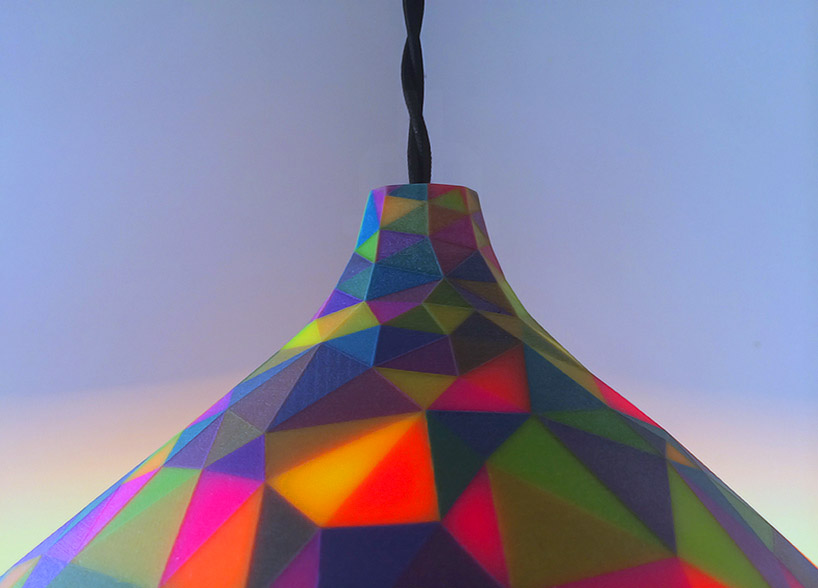 the triangulated surfaces were divided into sub-groups 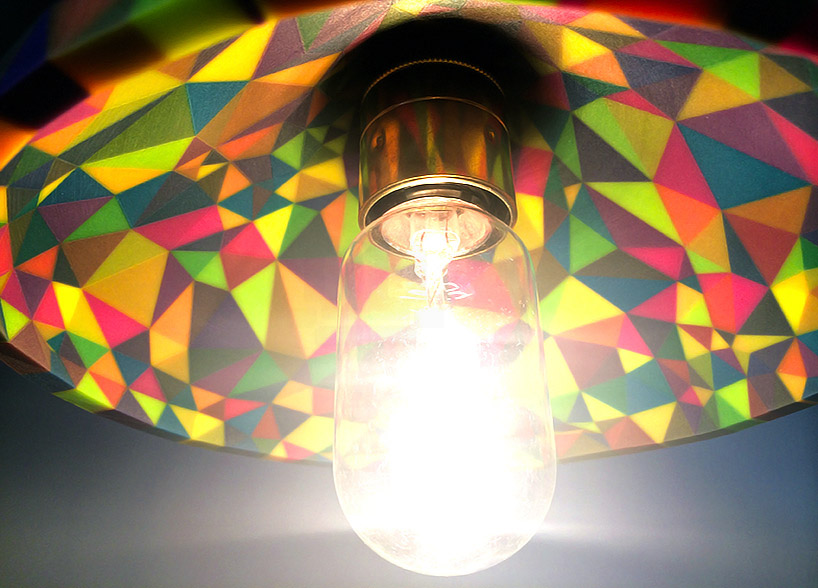 closeup of the E14 lampholder 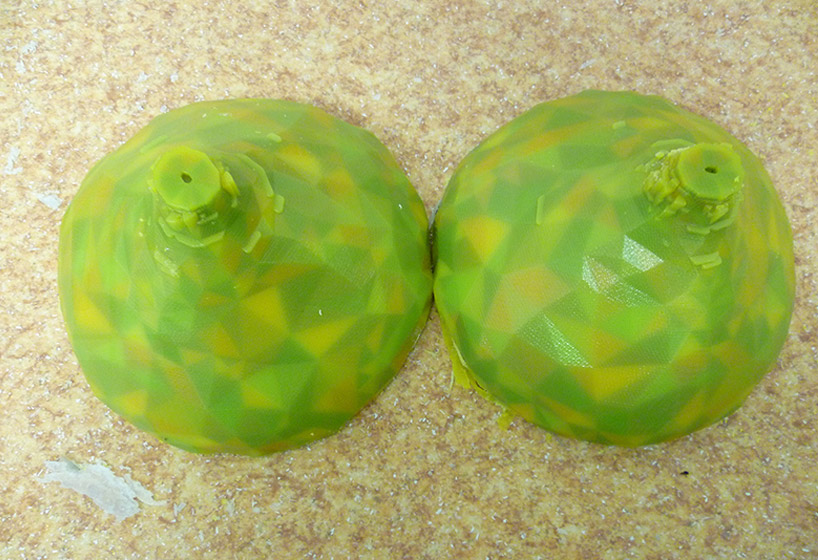 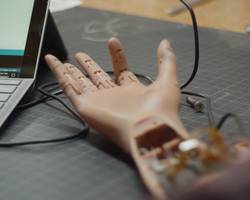 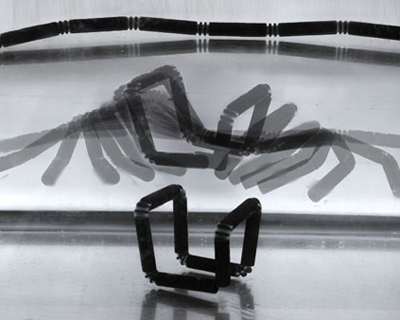