the ‘paragon’ table lamp offers a broad variety of movements which are made possible by four independent segments. in designing the piece for artemide, daniel libeskind took cues from his architectural practice, conceiving a light which draws its formal elements from that of a skyscraper. the first segment performs a 360 degree rotation on a vertical axis, while the other three parts perform a 0 to 90 degree rotation on the horizontal axis. the joints direct light to the top of the unit and across space with great flexibility. each one is made from an anodized aluminium bod, with a steel base covered with a thermoplastic finish, and is illuminated by LEDs which are recessed into the head, ensuring a 90% yield without glare.

daniel libeskind explains the concept behind ‘paragon’ to designboomvideo © designboom 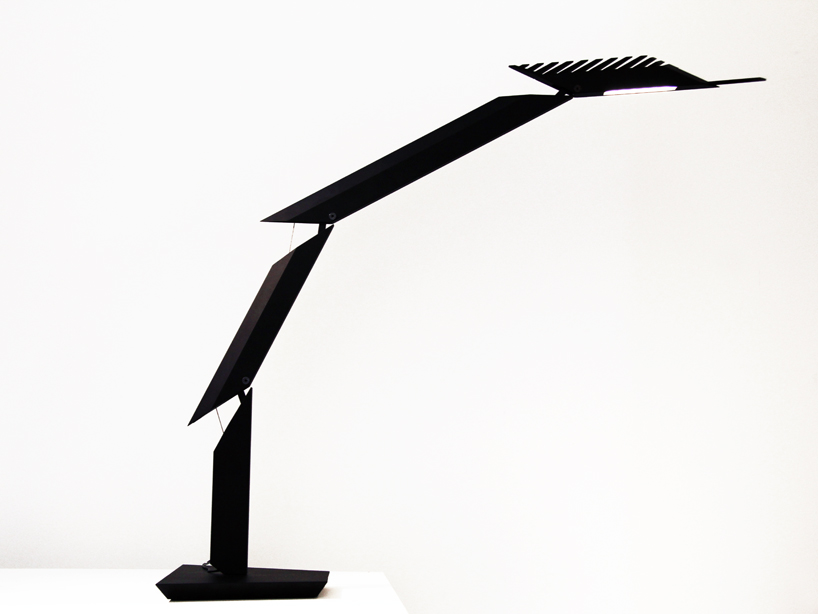 ‘like a miniature skyscraper when standing perpendicular, the ‘paragon’ consists of four segments so that the lamp can be playfully bent at three joints to create a myriad of interesting geometric shapes; sometimes it can be made to look like a perched bird, at other times it resembles a rocket poised for launch. a lamp head fitted with the latest LED technology tops the vertical extrusion which acts as a paragon for all the other potential forms derived therefrom.’ – daniel libeskind

‘paragon’ is being presented at the artemide show room during milan design week 2013. 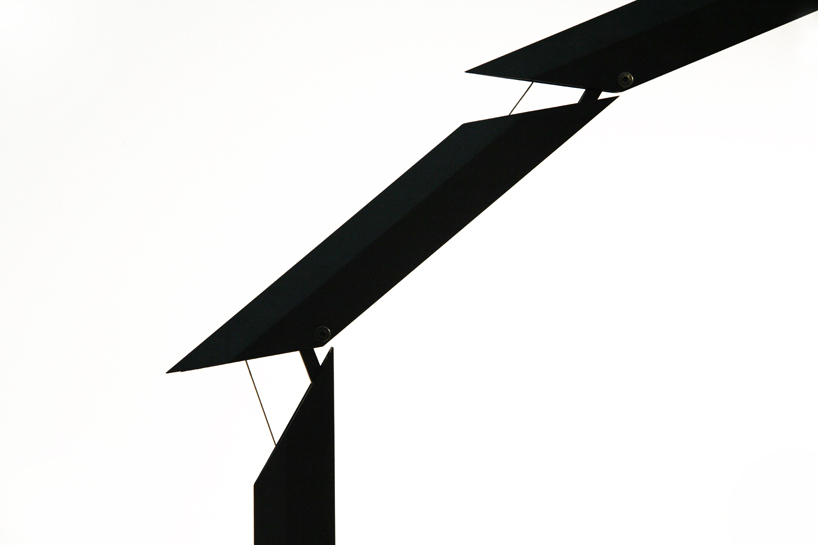 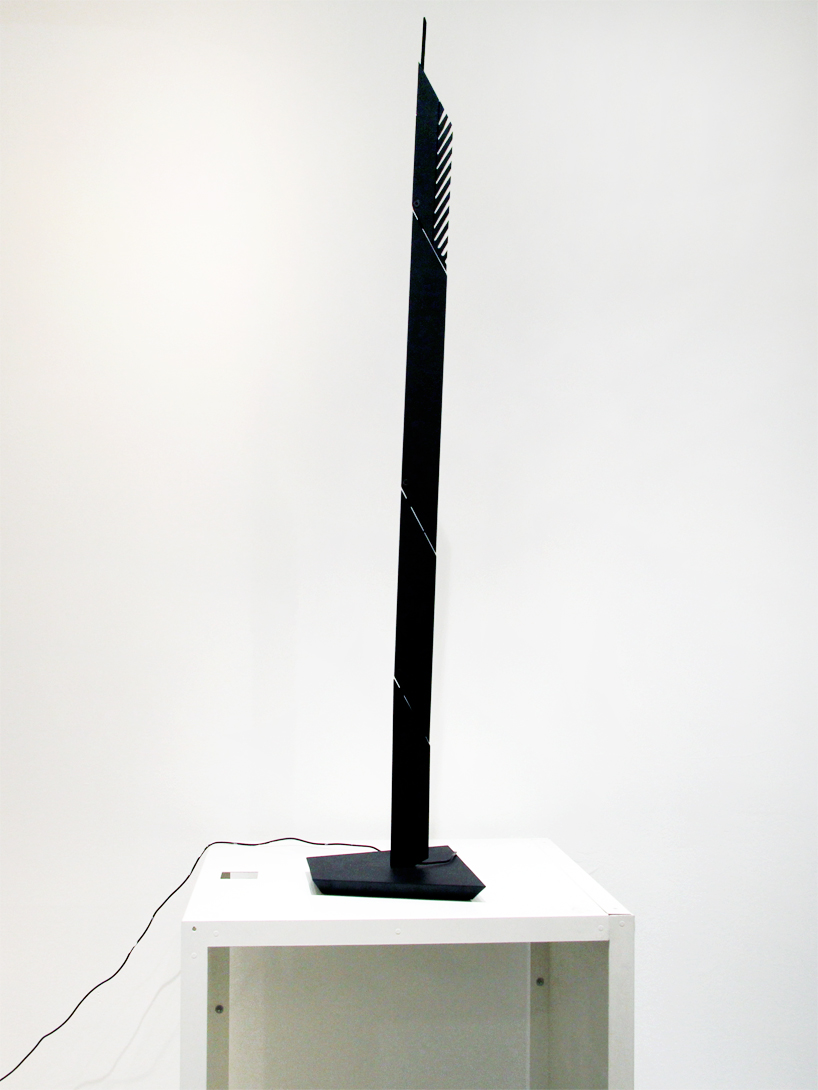 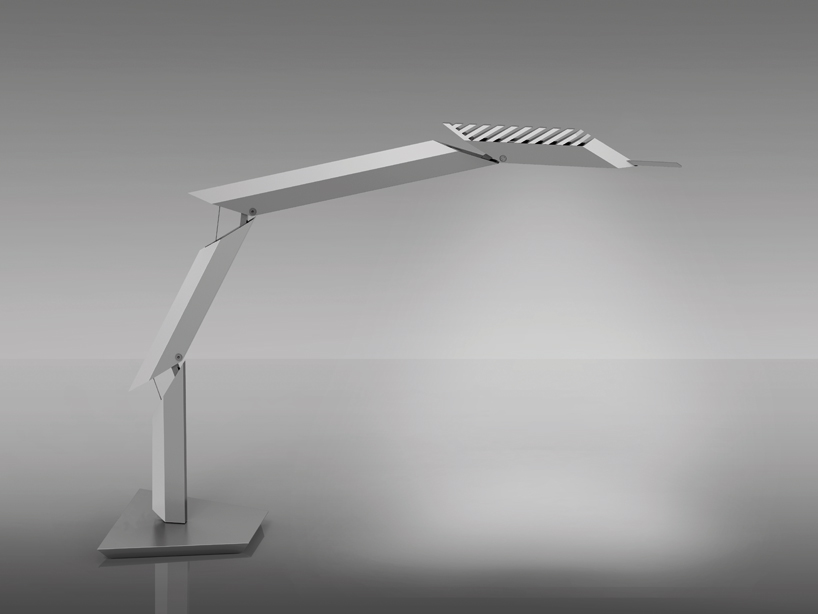 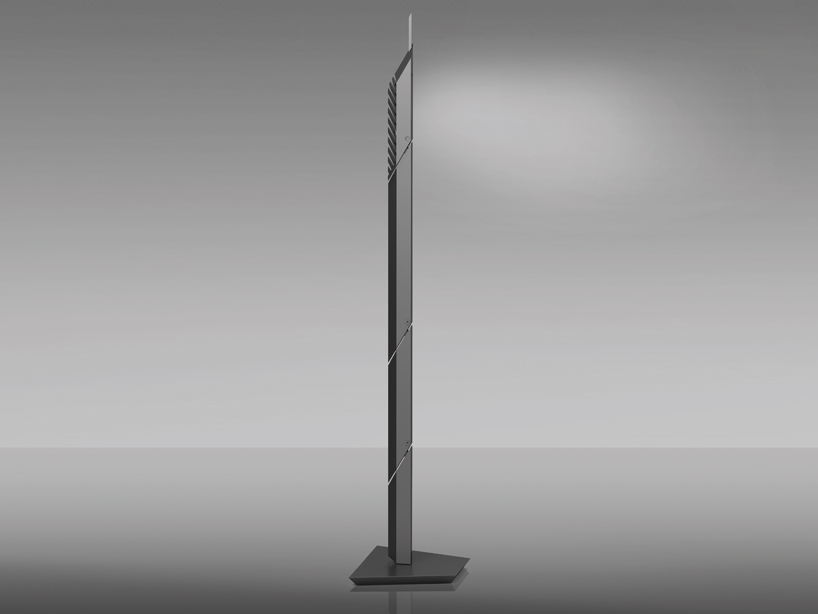