designboom was in the czech republic for the inauguration of the first křehký mikulov festival, a collaboration between the regional museum of mikulov and křehký gallery. curated by křehký founders jana zielinski and jiří macek, their vision for the event is to offer a celebration of ‘art design’ outside the chambers of the city, in a place where history, vineyards, a rolling landscape and creativity can come together on a different level. for this first presentation zielinski and macek wanted to represent their own personal selection of czech objects straddling the border between art and design, which have recently impacted them. the discussions of hosting an event in mikulov, approximately 250 km from the country’s capital prague, began two years ago, while zielinski and macek were visiting with good friend and mikulov native, czech ceramicist daniel pirsc. after living in prague for some time, pirsc moved back to the south moravian town in 2003 to open his own workshop / studio to realize his dream of finding an alternative to large series production.

located in the heart of the city’s main square, designboom visited pirsc’s studio space while at the festival, where he is involved in the first hand production of his ceramics, alongside two assistants and his wife. approximately 80-90% of the projects that pirsc produces are his own, while the remaining 10-20% are collaborations with various companies such as czech lighting company lasvit and ogilvyone. 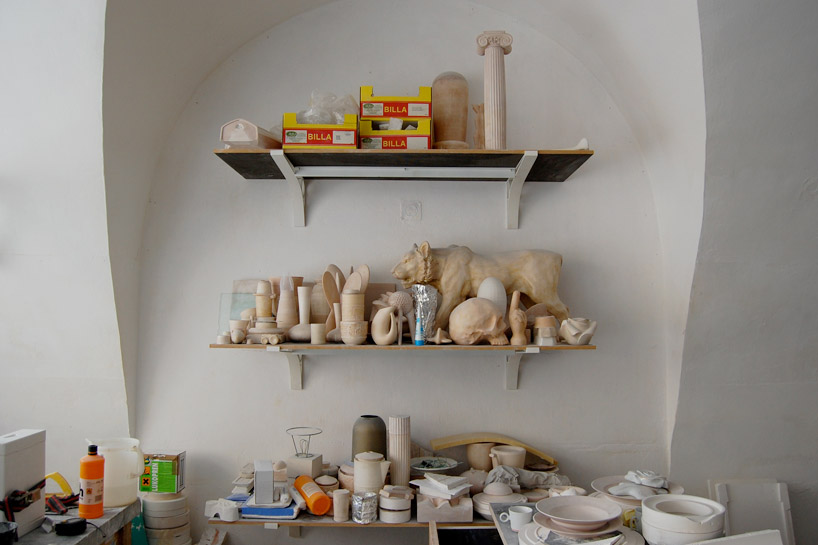 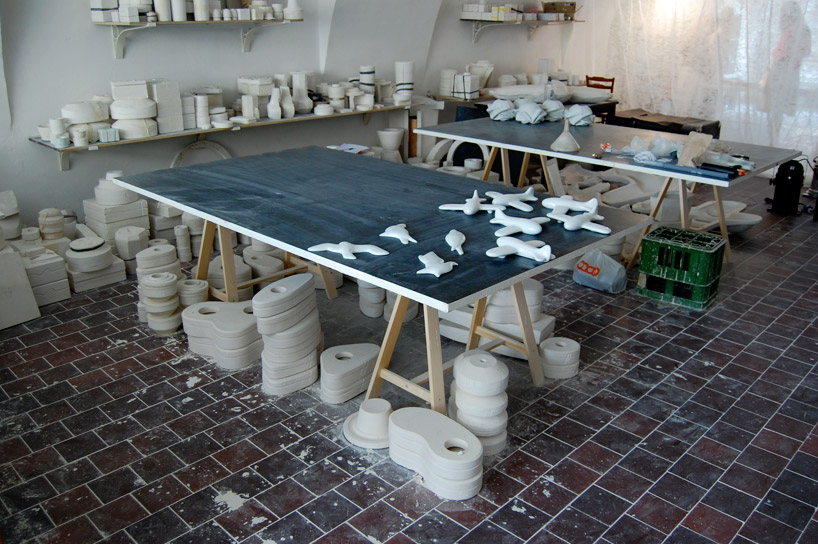 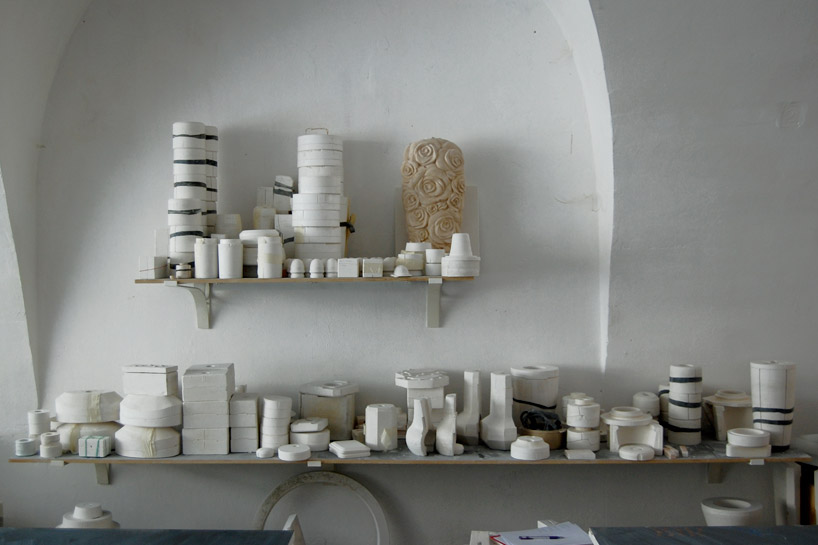 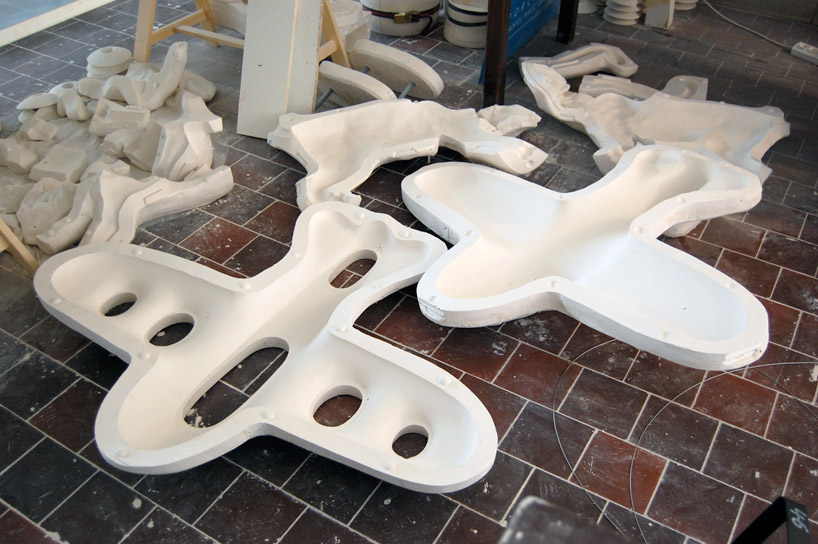 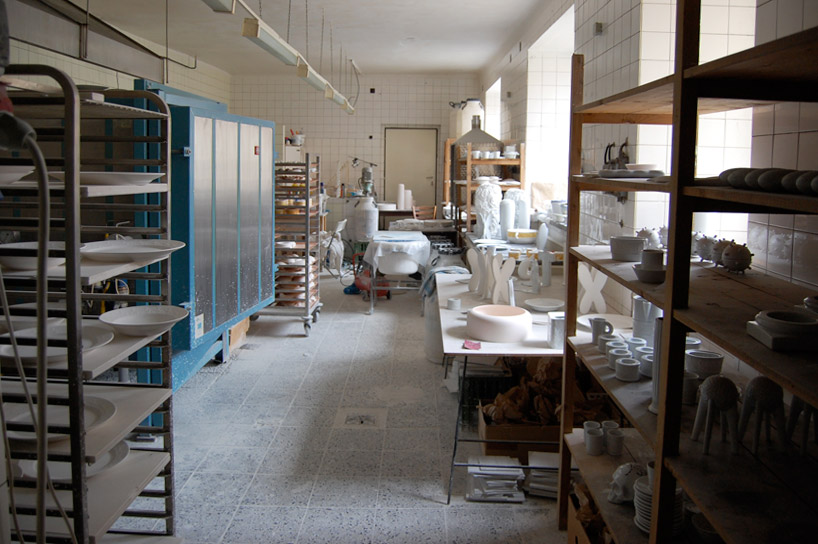 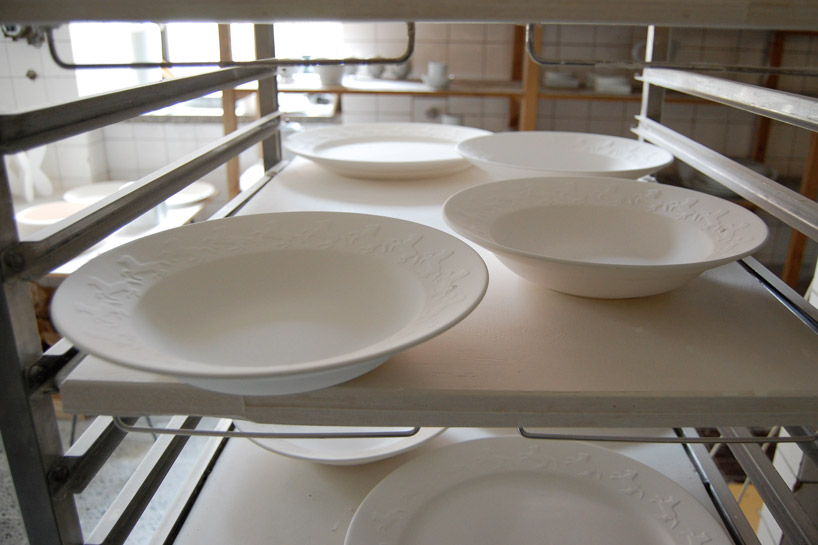 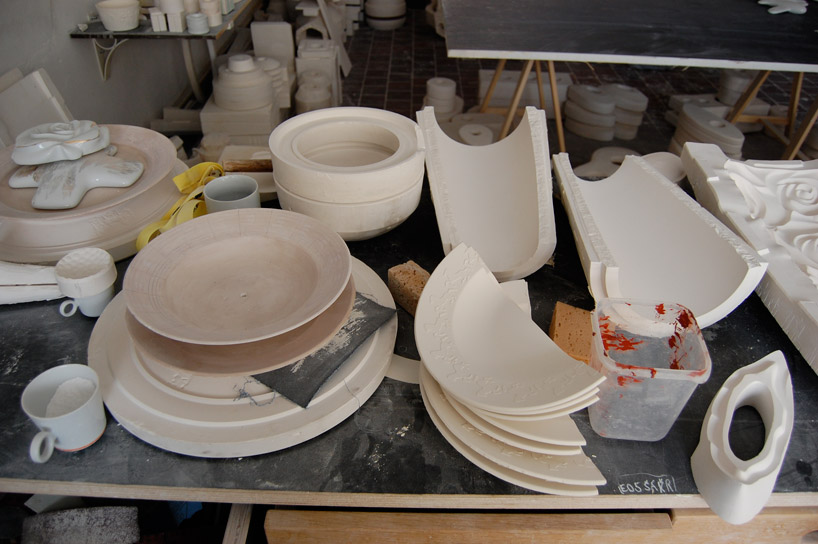 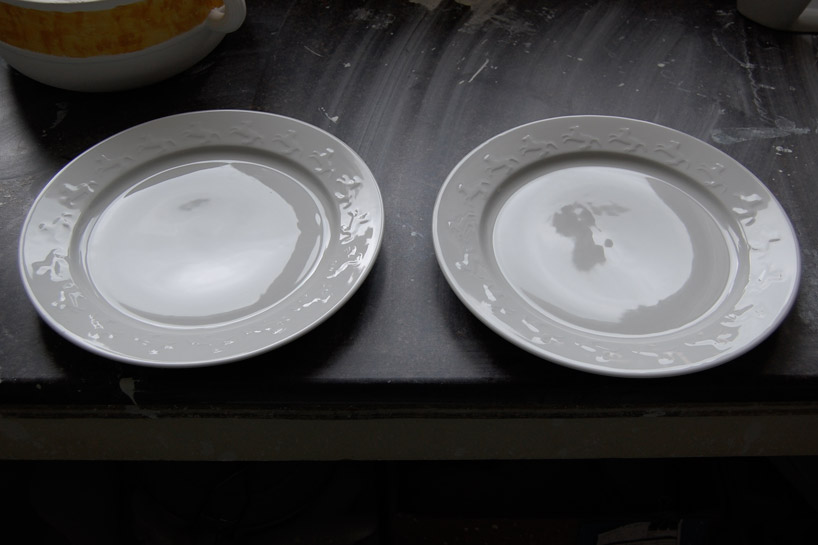 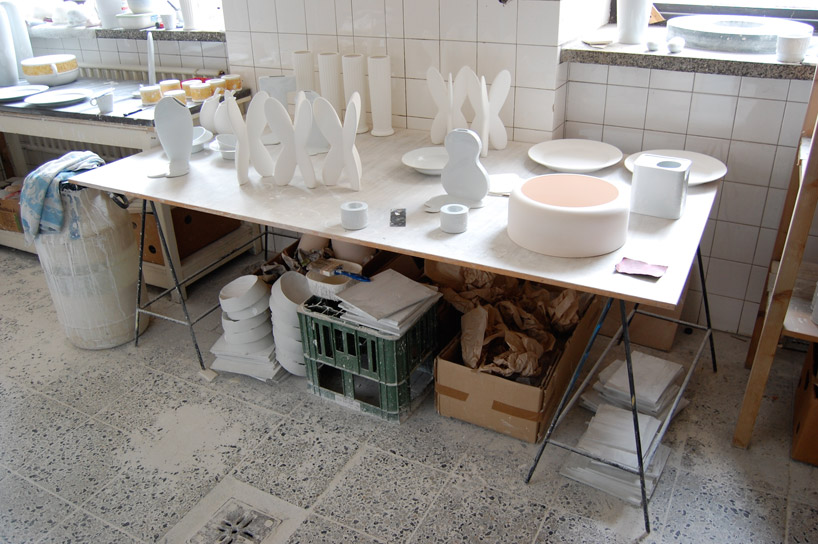 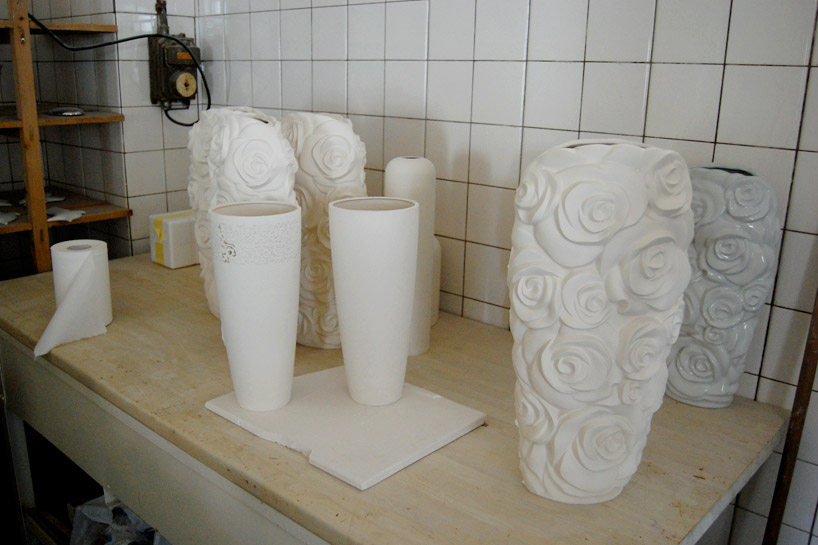 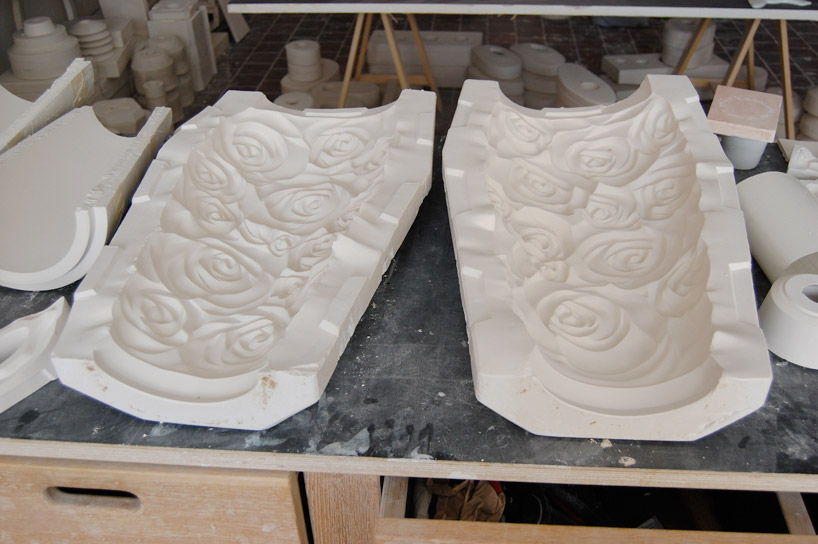 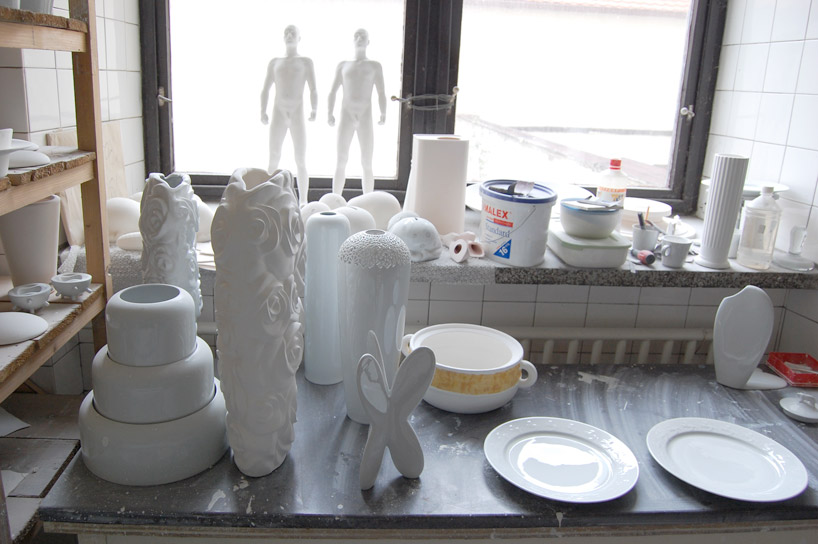 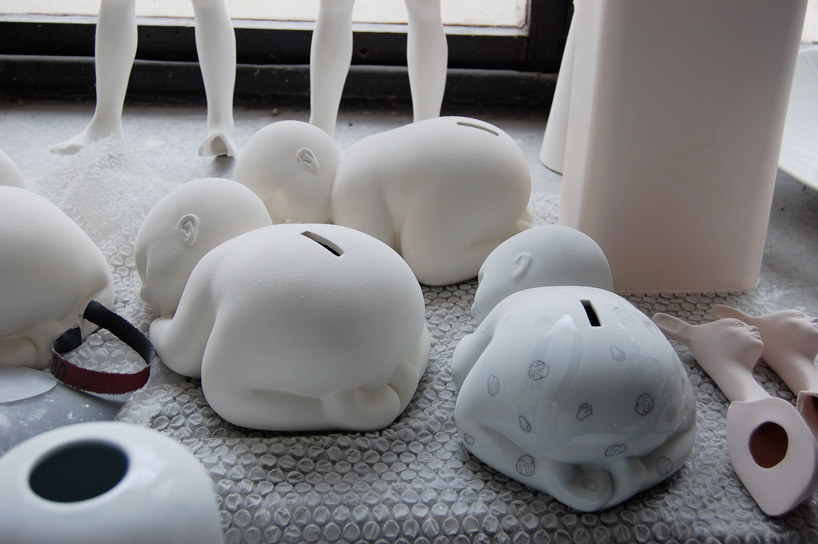 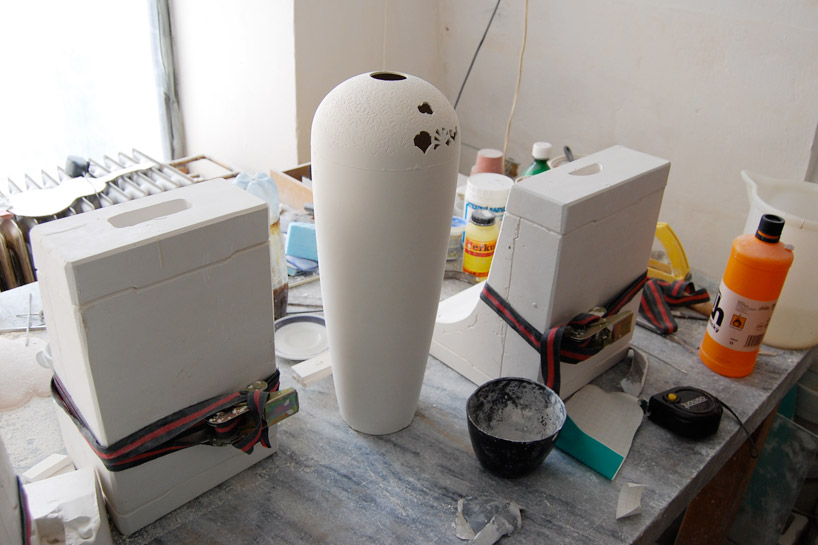 pirsc’s filigree vases are each individually hand-carved. for every three he works on, only one is sellable. 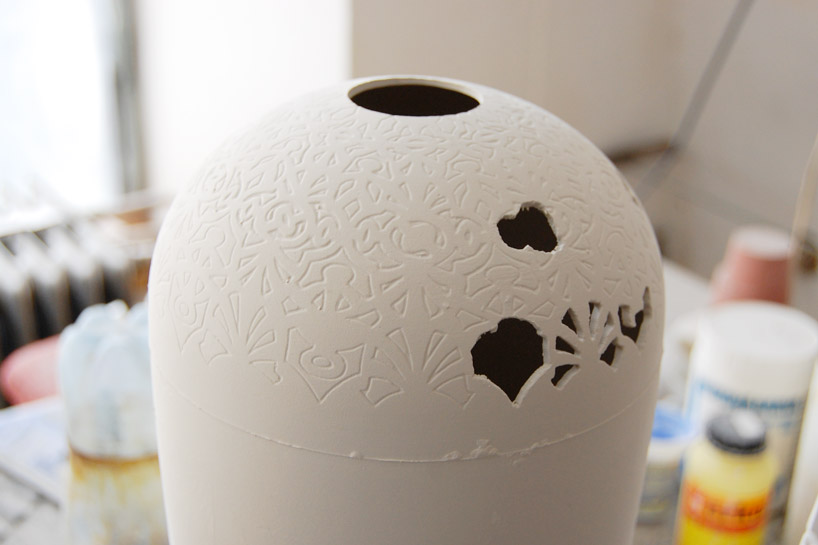 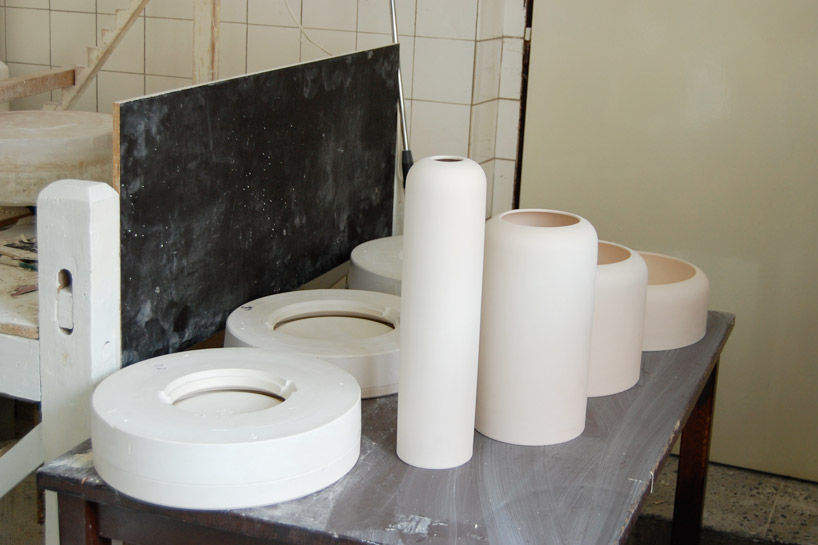 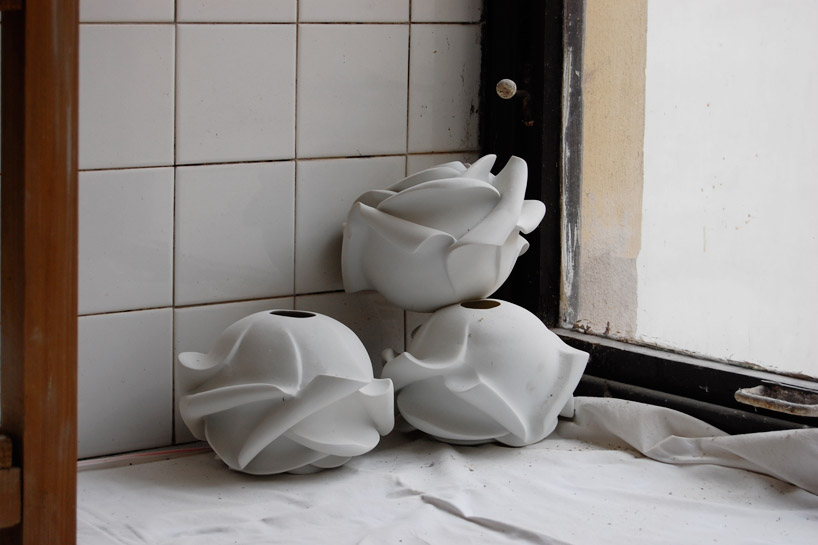 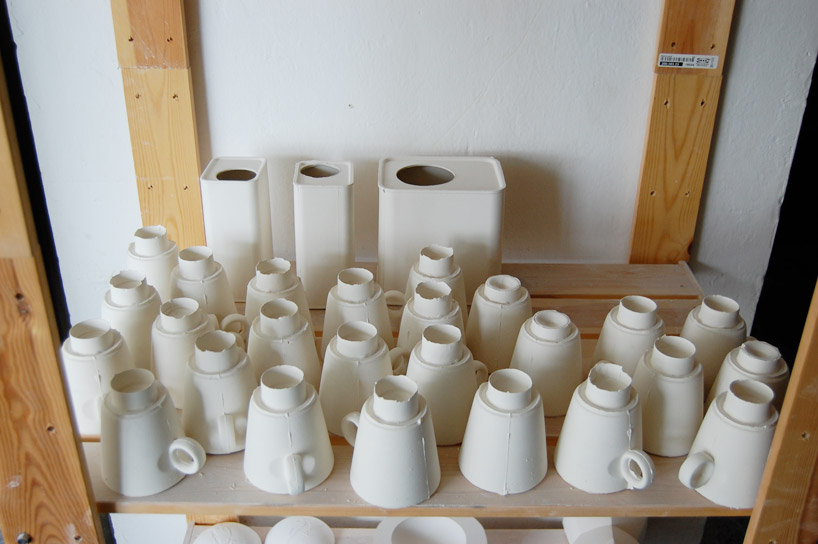 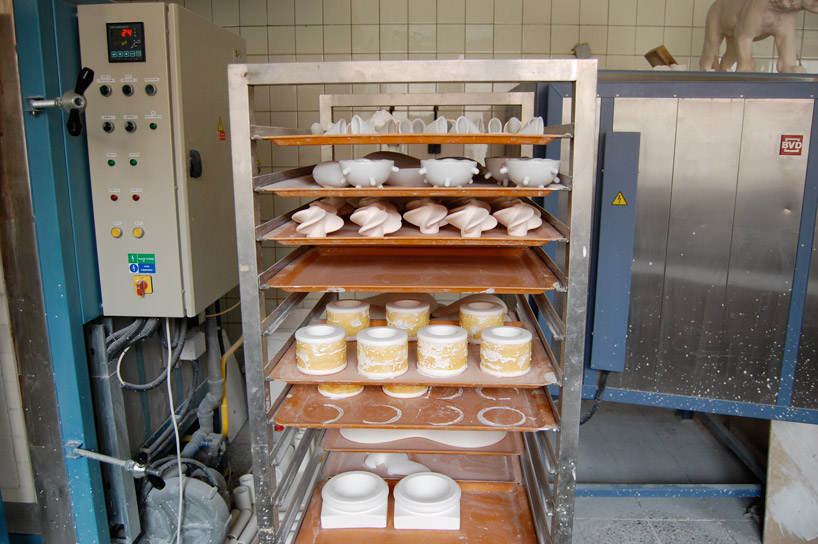 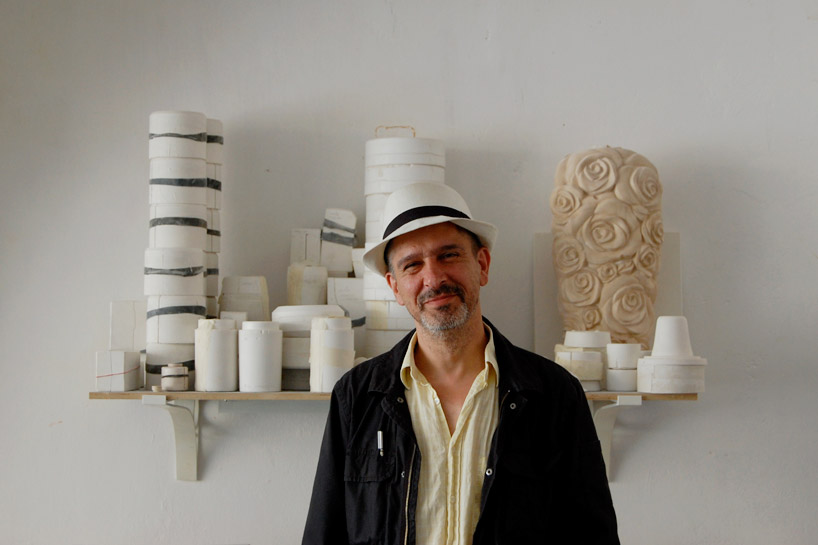 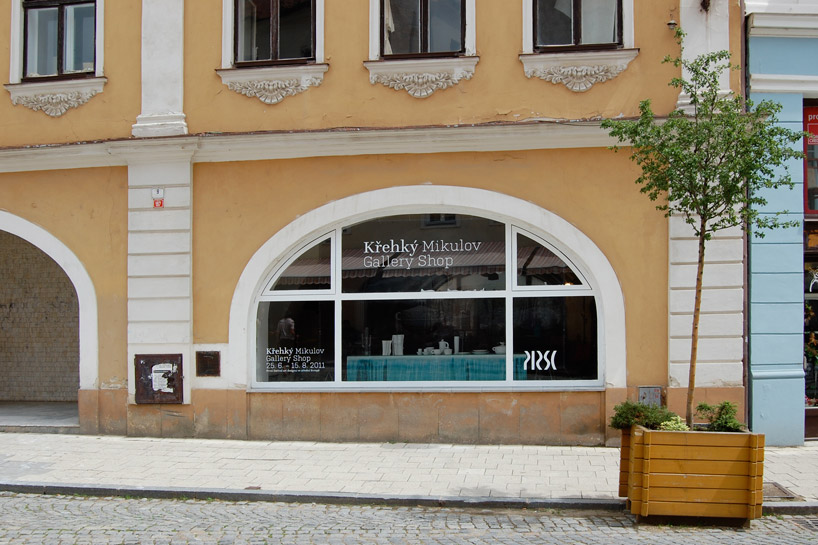