six teams have been invited to develop concepts for the canadian national holocaust monument, with david adjaye, ron arad, daniel libeskind and ed burtynsky among the candidates. the call for qualifications that was first announced in may 2013, asked professional architects, artists and designers to submit their credentials, along with a portfolio of their prior work, as part of the first stage of a two-phase national design competition. the underlying criteria was that each of the groups needed to be led by a canadian citizen, with international participants considered eligible members.

over the course of the next months, the teams will develop their schemes and present their proposals to the national holocaust monument jury in the winter of 2014. before the official jury selection, a public exhibition of the final proposals will take place, allowing citizens to meet the individuals involved, offering an open forum in which to discuss their opinions on the schemes, which will be shared with the judges. the memorial is set to be positioned in the heart of the canadian capital, ottawa, at the corner of booth and wellington streets, near the canadian war museum. 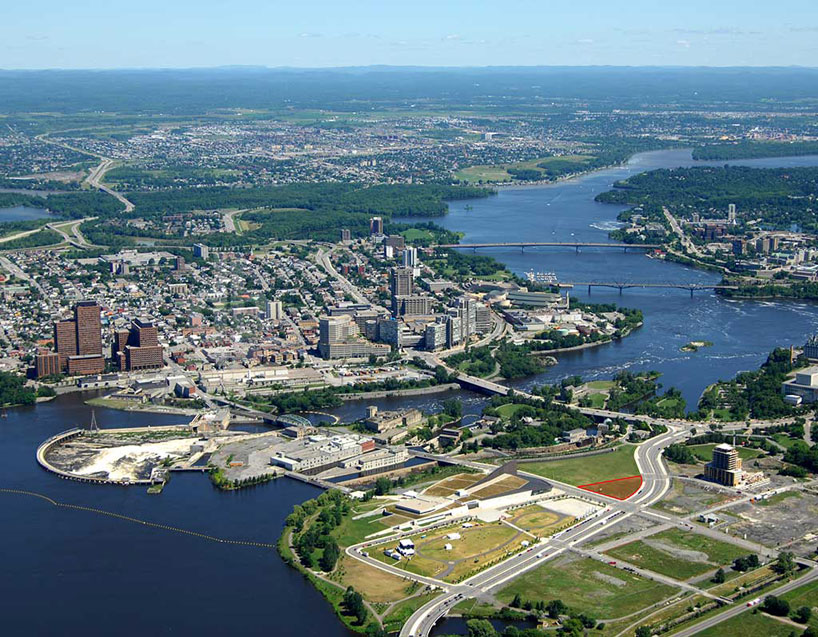 ‘the future national holocaust monument will honour the canadian victims and survivors of the holocaust,’ said minister of canadian heritage and official languages, shelly glover. ‘canada is an extraordinary, welcoming country, and we are all responsible for ensuring that the holocaust continues to have a permanent place in our national consciousness and memory.’

‘canada remembers the suffering of the millions of innocent victims of the holocaust,’ said minister of foreign affairs john baird. ‘this monument will preserve their memory and also educate visitors of all faiths and traditions about the causes and risks of hate. I am proud that this memorial will stand at the heart of our country, right here in the nation’s capital.’

the six shortlisted teams include:

Sep 30, 2022
living plant controls a machete through an industrial robot arm
the plant acts as the brain of the robot, determining how the machete swings, jabs, slices and interacts in space.
design
+45.9K shares
readers
connections: +520