for the 2015 edition of milan’s salone del mobile, renowned british architect david chipperfield has designed a collection of furniture for german brand e15. the product family consists of a solid wood table, a bench and a stool – all of which feature the pure use of material and the clear design language associated with both chipperfield and e15.

originally conceived for an architectural project in the english countryside, the table – named ‘fayland’ – elegantly highlights linear forms with a clear structural concept. oriented to the design of the table, the set is completed with a bench called ‘fawley’ and stool titled ‘langley’. in addition to european walnut and solid oak – in oiled or white pigmented surfaces – the pieces are also available in black, highlighting the elegant silhouettes. in celebration of e15’s twentieth anniversary, designboom spoke with david chipperfield who elaborated on his own design principles and his collaboration with the german brand. 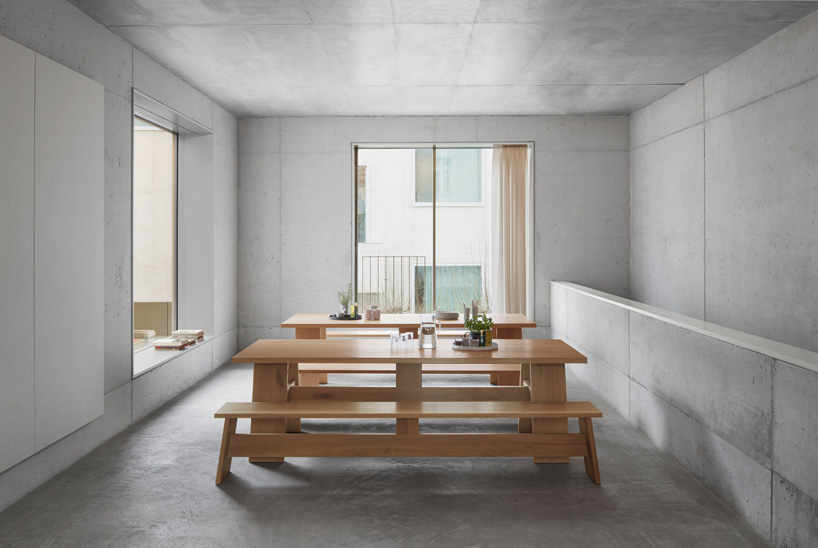 the product family has been crafted from solid wood

designboom: how did the collaboration with e15 come about, and what are your shared design principles?

david chipperfield: being in berlin, we’ve known their work for a long time and we always liked their products. I made a table for my house in berlin, which was this design and they asked if they could use it as a product. it is very unusual to have a company that works in wood – real wood. normally companies on a commercial level don’t want to work with something that is unreliable – it moves and it stains. but they built up an intelligence on how to do it, so its an unusual chance where you can do something which is commercial and has material integrity. so we were happy that they would do it, and they wanted us to expand from the table to the benches and stools. 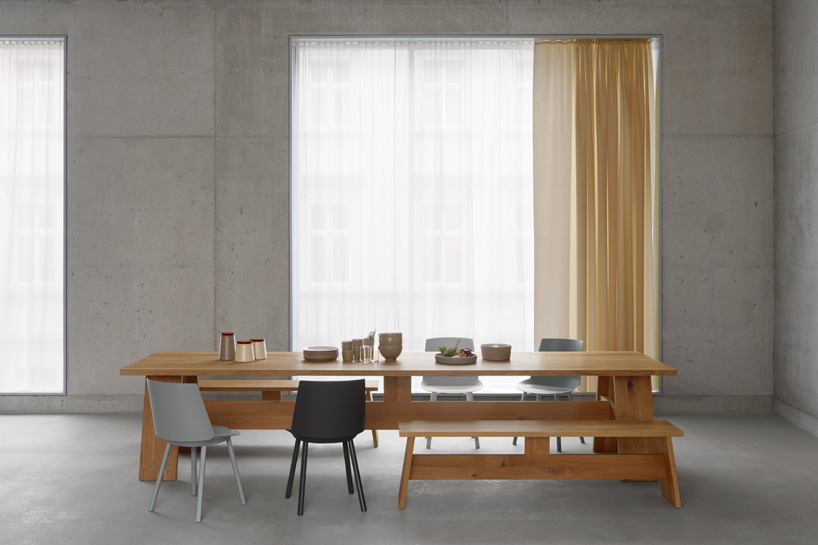 the collection includes a table, a bench and a stool

DB: the table fayland was originally conceived for an architectural project in the english countryside. can you explain how this starting point led to the development of the product family?

DC: it was a house we did in the countryside, and at the same time I was doing my house in berlin. I’ve always just done wooden tables for houses, there’s something much more tactical about the wooden table, but normally you can’t really take this into the commercial sector. if the table is the center of your domestic life then theres something very forgiving about a wooden table, which doesn’t come from any other material. in all our houses we always had a big wooden table, and we live around the big wooden table. 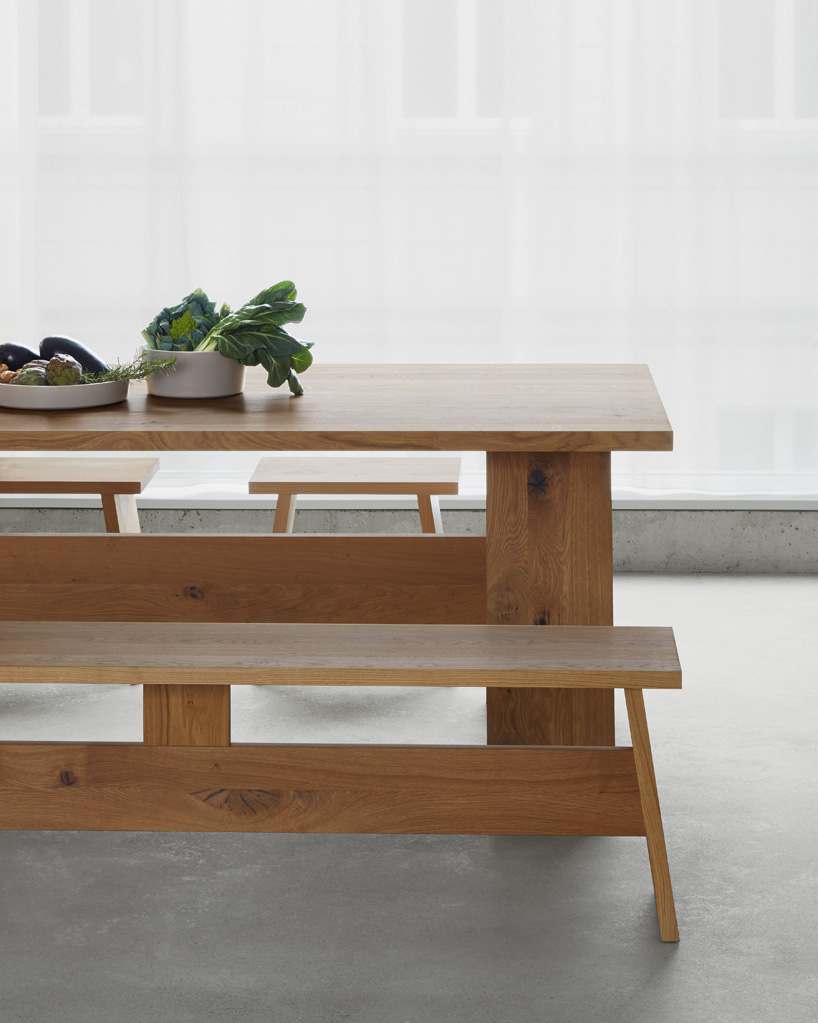 DB: there seems to be a clear design language that pervades both your architecture and design projects. can you expand on that, and the relationship between the two fields?

DC: I am not a furniture designer, so there are some times where you just don’t really want to design something. in fact, the reason you design something is because you don’t want something ‘designed’, and you just want a wooden table. then you go and look in the catalogues and you can’t find a wooden table. so you end up doing something which has a certain generic quality. this company has a certain aesthetic sensibility, which I think coincides with ours, which is that design shouldn’t be too much. so designing is about being at the right level, being at the right volume, not trying too hard for the wrong reasons, trying to do simple things well, and not really reinventing the world. 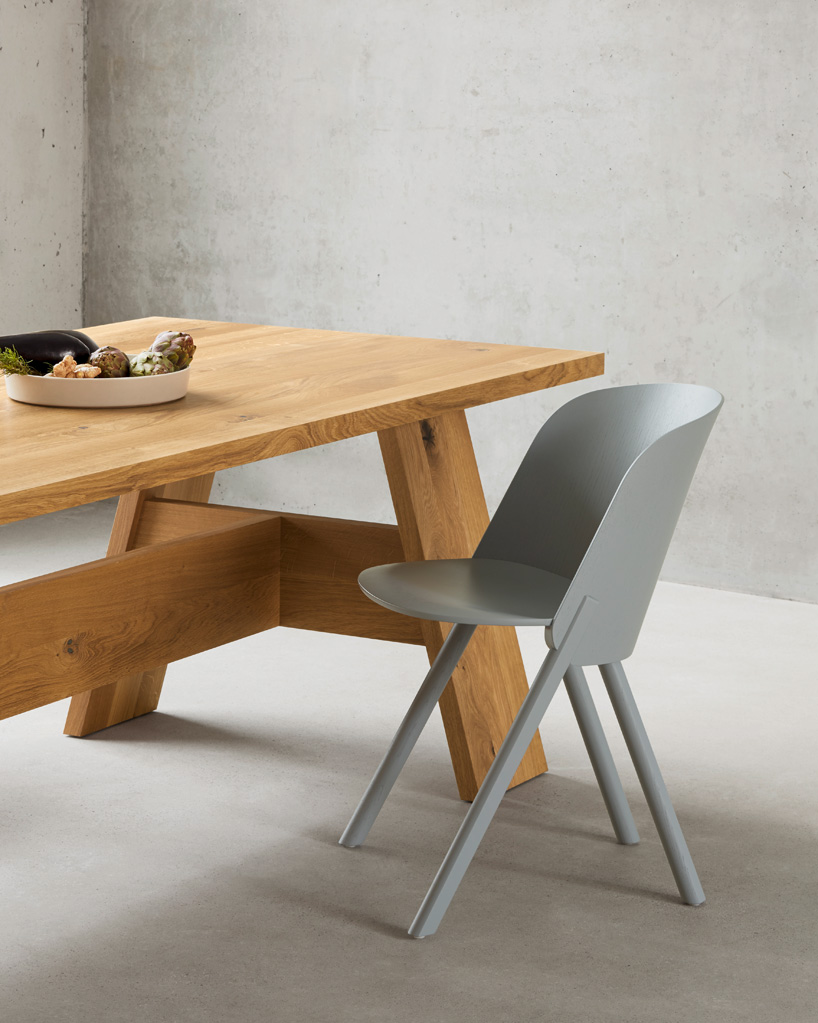 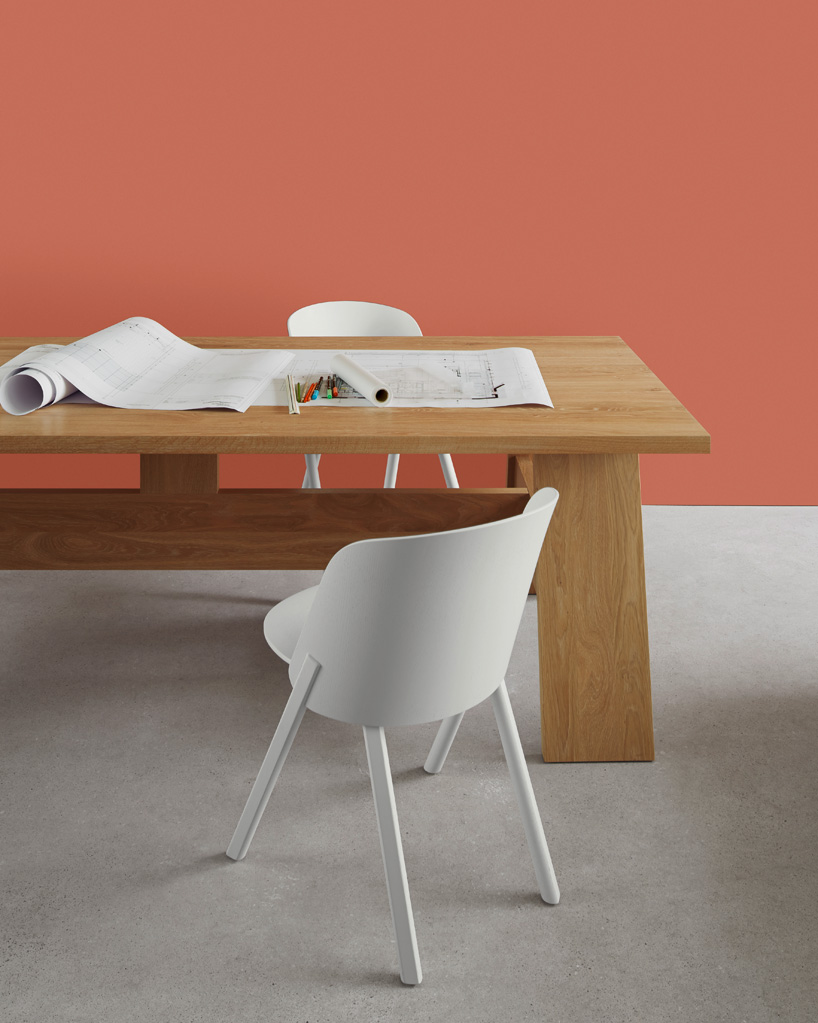 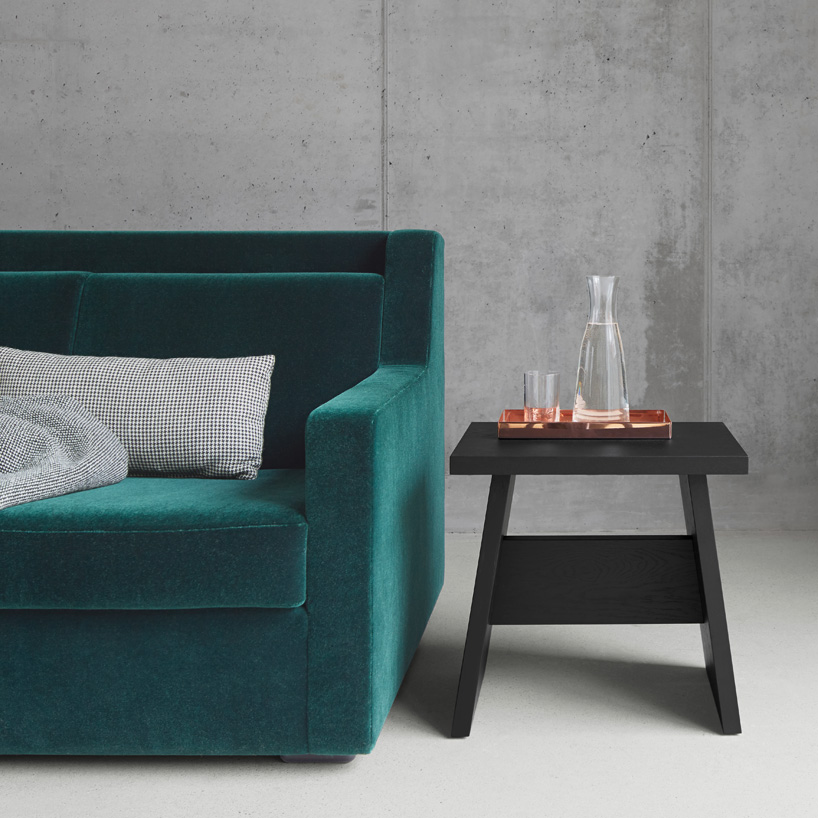 the stool, ‘langley’, can be used as a side table 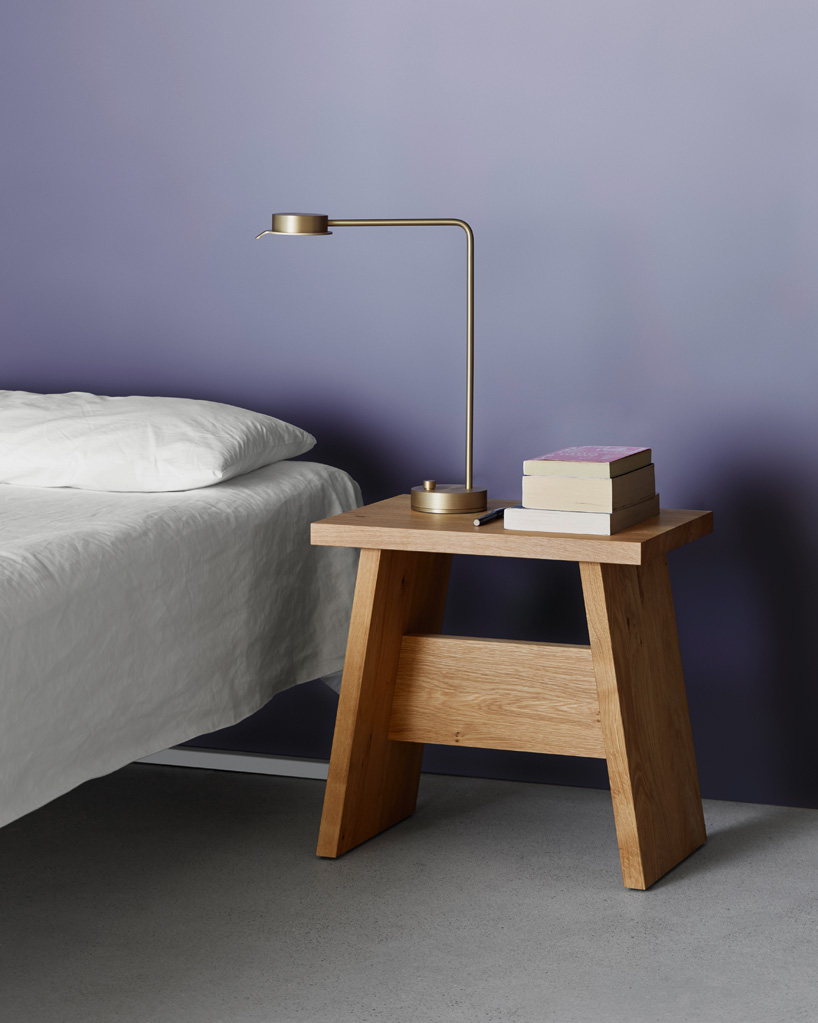 the furniture comes in both european walnut and solid oak 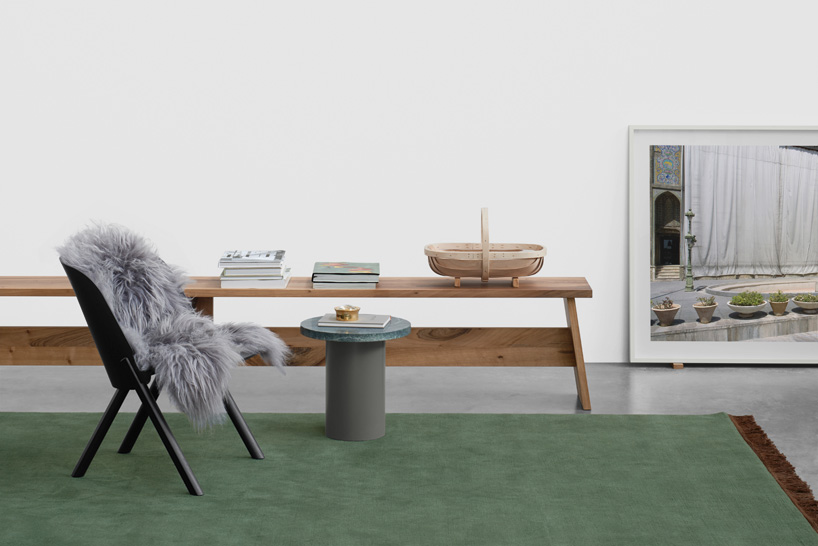 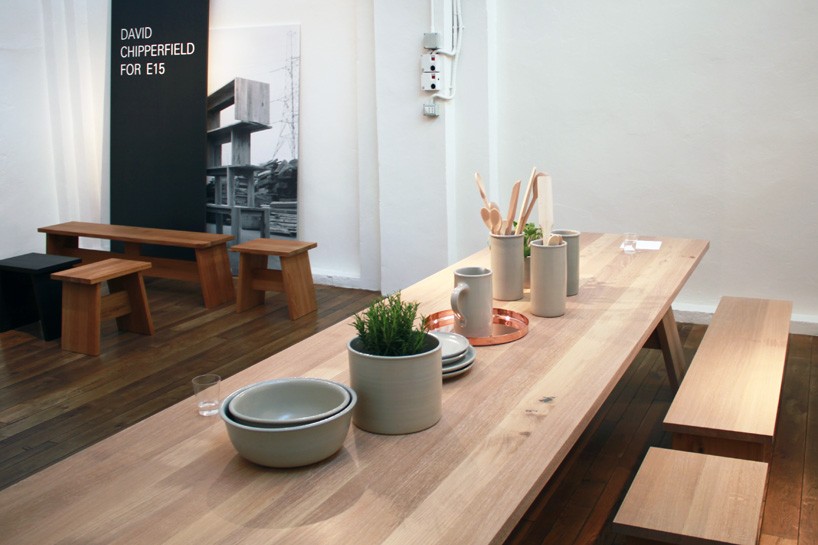 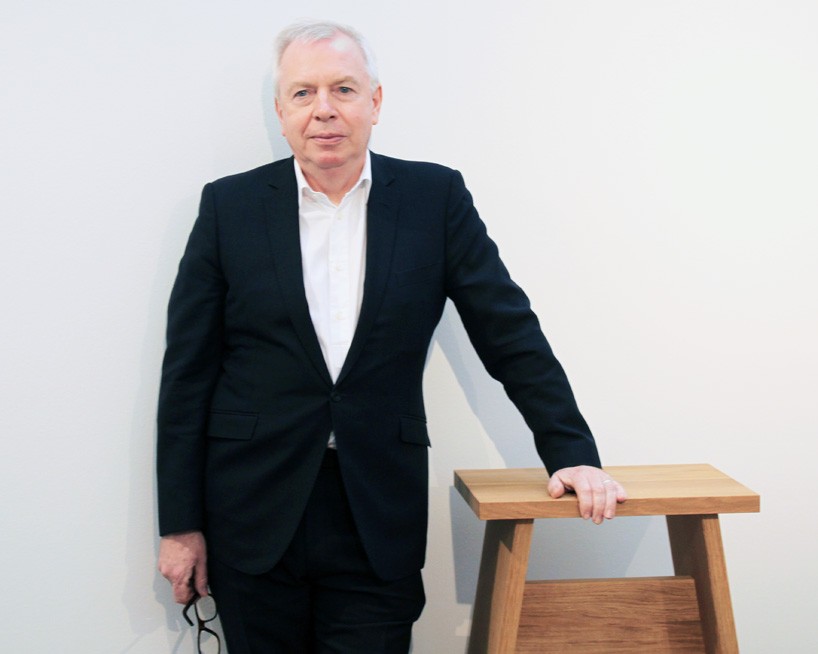 UPDATE: the ‘e15 furniture collection’ by david chipperfield is on show at imm cologne 2016 from january 18th to 24th. 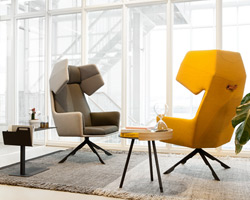 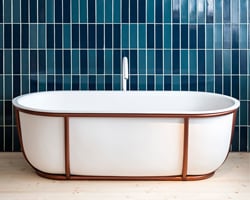 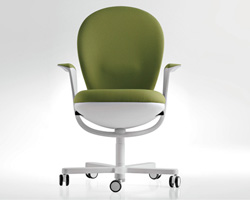 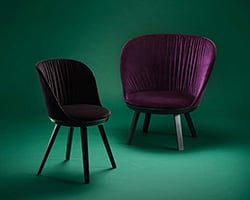