drawing from his early experiences of the renault 4, ‘revival of a childhood impression’ is a redesign concept by italian designer david obendorfer. the proposal maintains the classic model’s spirit of simplicity and functionality, but adds modern updates to its body and interior, such as LCD information systems as well as options for hybrid or electric power. the concept is one of fifty projects shortlisted from over 3200 submissions from 92 countries in designboom’s recent RENAULT 4 EVER competition, which asked participants to redesign the renault 4 with an eye towards historical lineage, contemporary aesthetics, and sustainable design.

the designer explains: ‘I have explored the nature of this model’s surfaces and tried to capture the proportions that give it a strong personality. such features are the r4’s long wheelbase, quite short front overhang, car body with a typical forward-facing incline, different front and back fenders, front headlights close to each other, straight rear hatch, etc. of course it has been necessary to update the vehicle volumes respecting–among other things– the standard for pedestrians’ protection and the current requirements of safety and comfort in general.’ 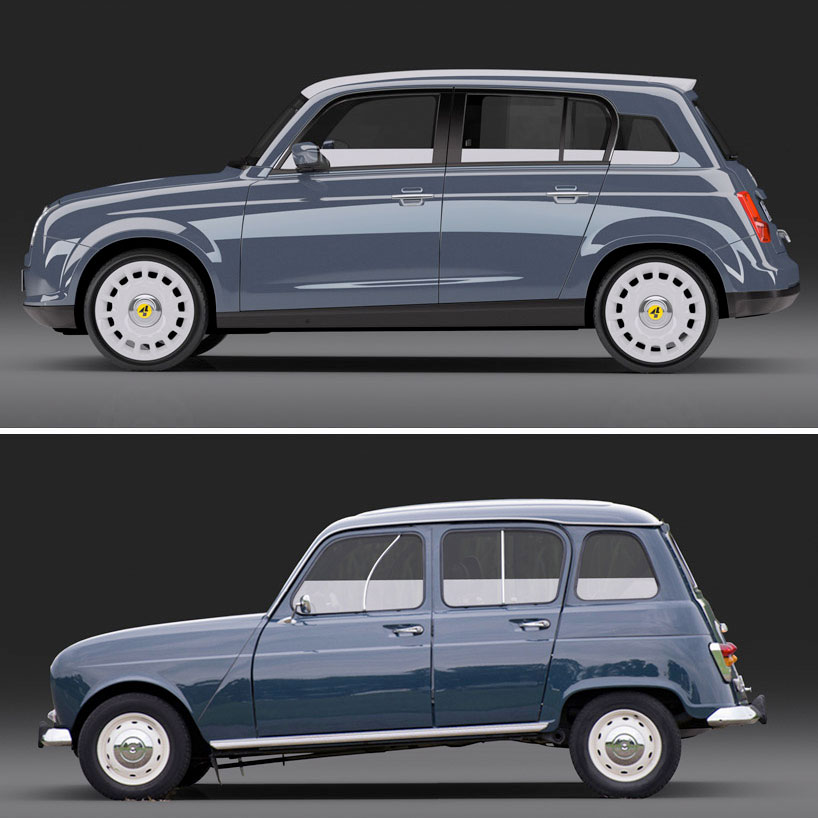 comparison of the new and old models 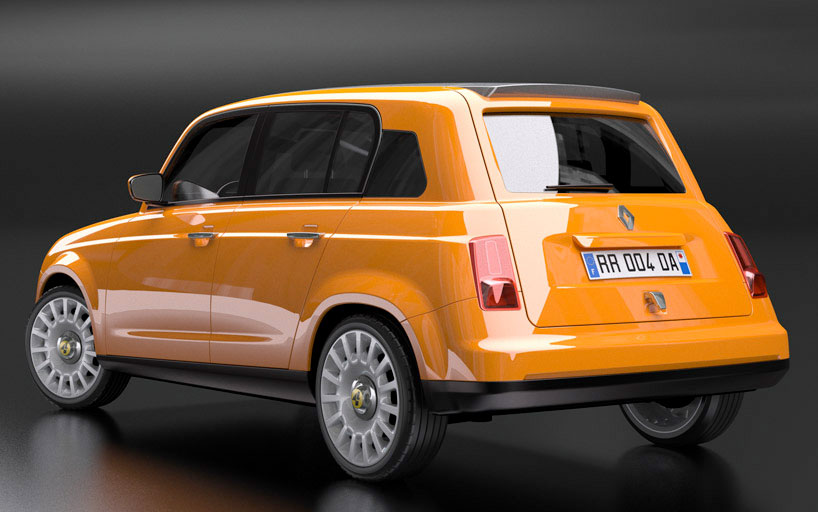 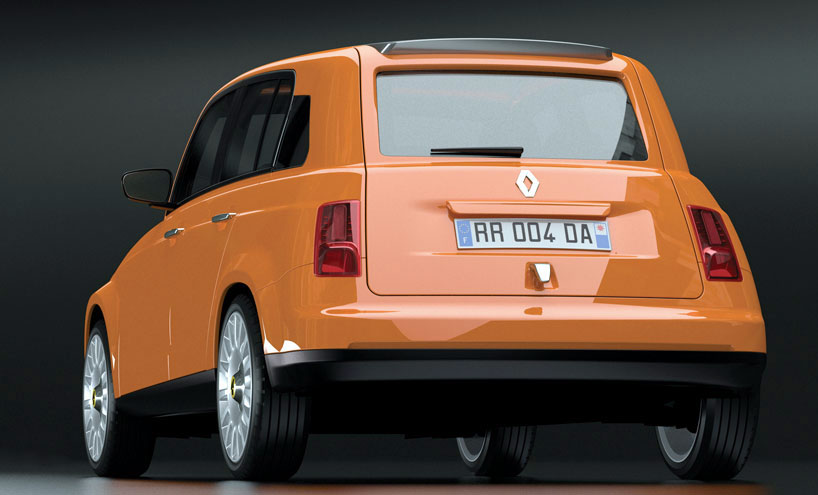 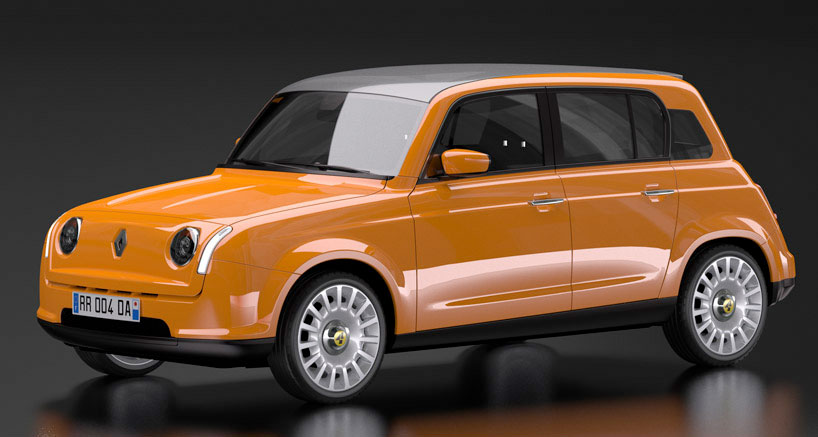 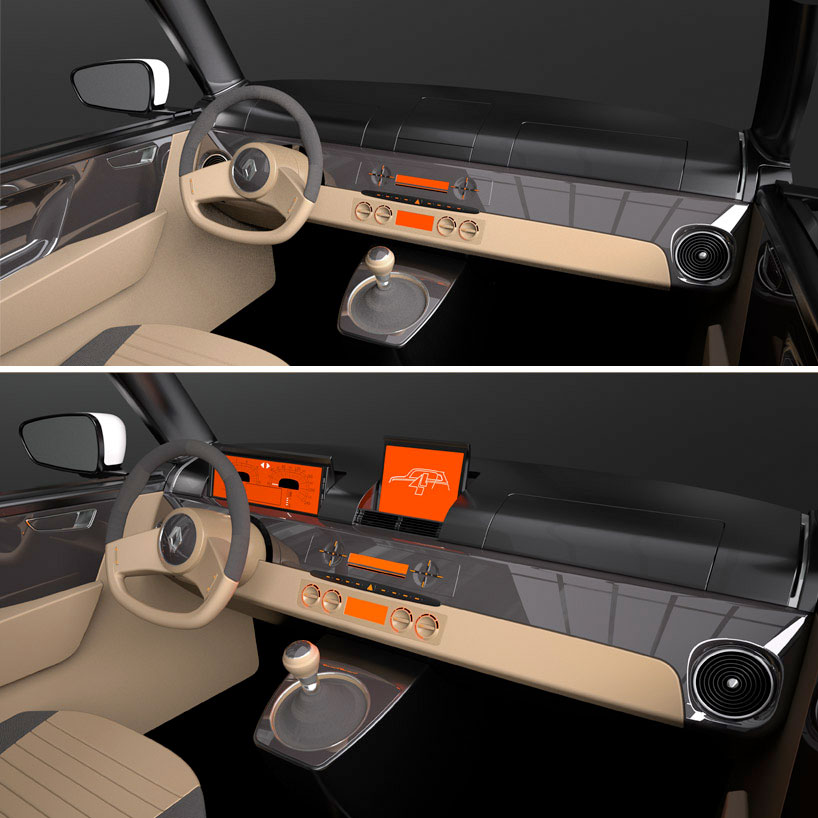 the dashboard maintains the original’s minimalist approach: instead of a conventional instrument panel there are two LCD monitors, one for the main information panel as well as a central screen for navigation. both fold down into a hidden view when the engine is turned off.

concept render, front and back