creative agency DBLG celebrates its tenth anniversary in collaboration with animade that uses the naked body as a canvas. the new project ‘hey pressto’ employs the stop-animation skills of the fellow london-based studio to record the effects of stamps created using 3D printing. 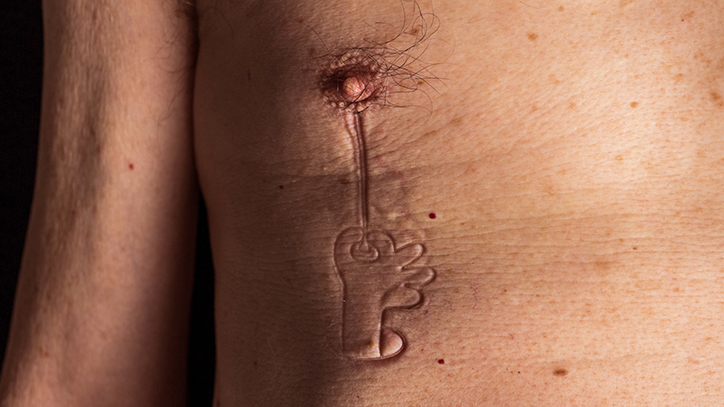 still of ‘sneeze’, all images © DBLG and animade

priding themselves on creating ideas that get noticed, DBLG came up with the idea after being inspired to make an animation that crossed into the physical world. ‘initially the stamp was typographically based but after some experimentation we felt it didn’t have a tone of voice or playfulness that resonated with us,’ explains grant gilbert, founder and creative director at DBLG. ‘that’s when we got in touch with animade. we’d been fans of animade for a long time and always loved how their animations convey a huge amount of character in such a simple and universal way.’ 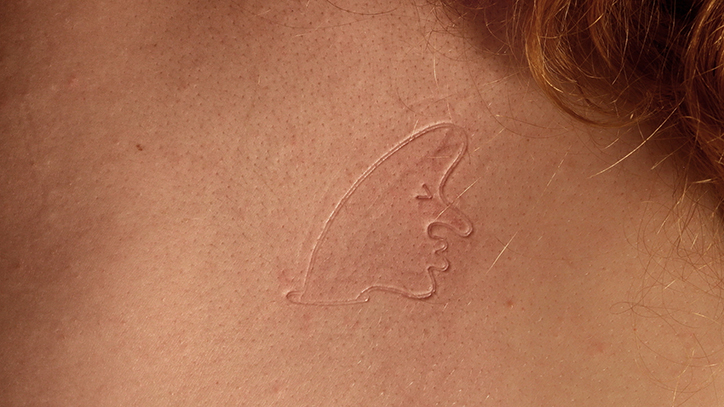 the animation used stamp imprints to interact with the body

both studios decided which parts of the body they wanted to interact with in a short film demonstrating the stamps. nipples, bottoms and belly buttons were chosen for a series of animations crafted by animade titled ‘light bulb’, ‘nipple walk’, ‘sneeze’ and ‘party’. the files were then passed back to DBLG who set to work modelling every frame in cinema 4D before exporting them as a physical 3D print. 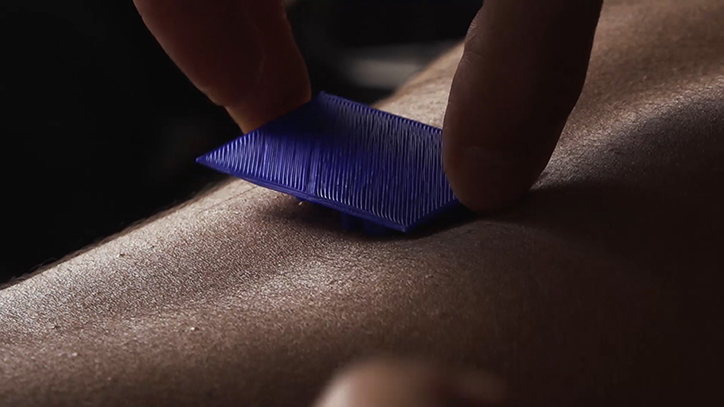 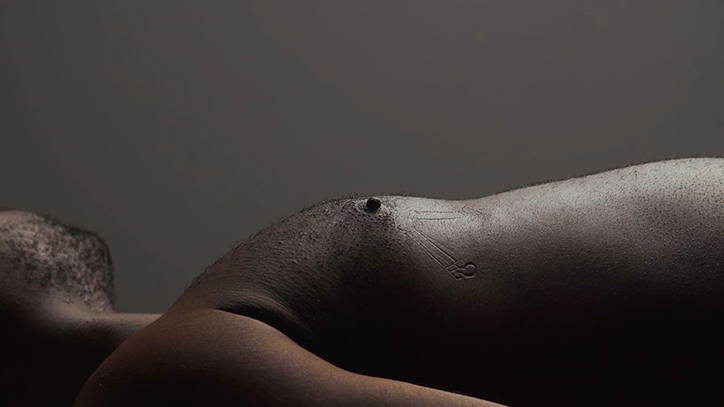 a 40-minute wait was necessary between each frame 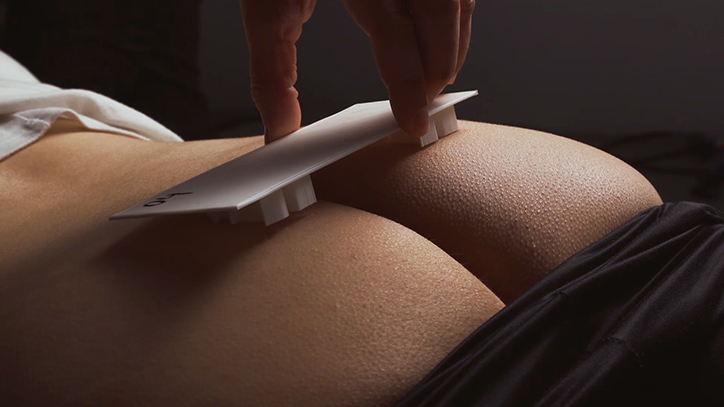 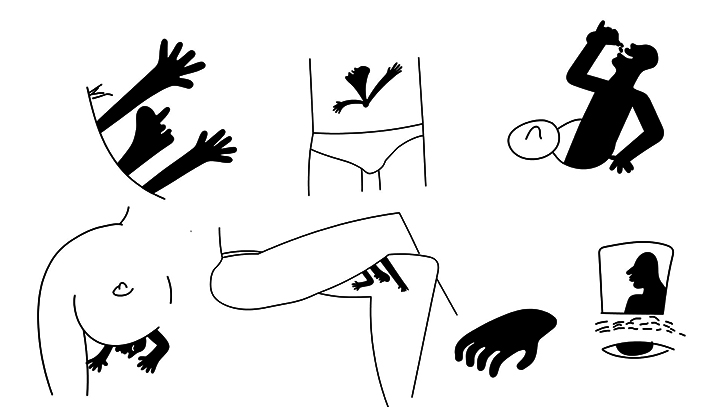