‘nest project’ by spanish-born and netherlands-based designer nacho carbonell has been displayed at onomatopee during dutch design week 2011. carbonell’s project is the third of several installations shown at the experimental gallery space during the design week exploring the concept of ‘comfort zone + disillusion’.

the series at onomatopee is an exploration of the modern human’s necessity to establish ways to feel at home. as modern people surround themselves with furniture and possessions, allotting time in order to achieve ‘relaxation’, the artist wonders how our expectations may continue to be fulfilled given the current state of the global economy. onomatopee prompts the viewer to question the articles they require for ‘comfort’ and whether or not they are living in a world too ripe with unappreciated illusion. 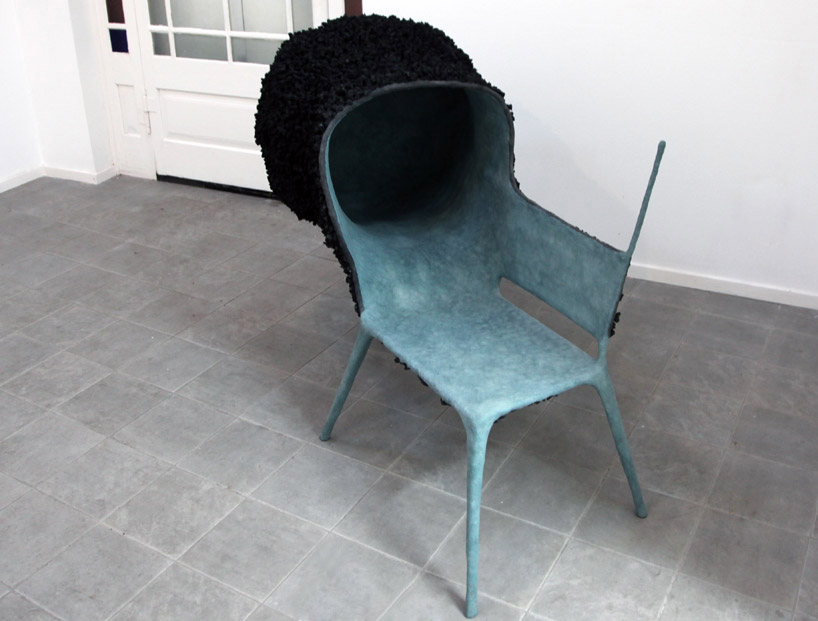 detail of a finished chair by the artist image © designboom

the artist’s installation, ‘comfort zones + disillusion #3’, attempts to answer ‘what is (still) natural in an experience [based] economy’. carbonell investigates these issues within the exhibition space while maintaining a whimsical approach in his contemplation, voiced by his interaction with his highly textured and tactile materials. the viewer examines his/her need as a modern consumer to acquire in order to live more fully, acknowledging the natural inclination to fall victim to the need to ‘nest’, filling his/her space with aesthetics in order to represent his/her sensibility.

in the material experiment, titled ‘nest project’ by carbonell, the viewer is able to have personal involvement with the artist’s design process in the creation of his anthropomorphic works. the installation contains an overview of raw materials, models, and finished projects by the artist, arranged in such a way to investigate notions of comfort elicited by the possession of material goods. 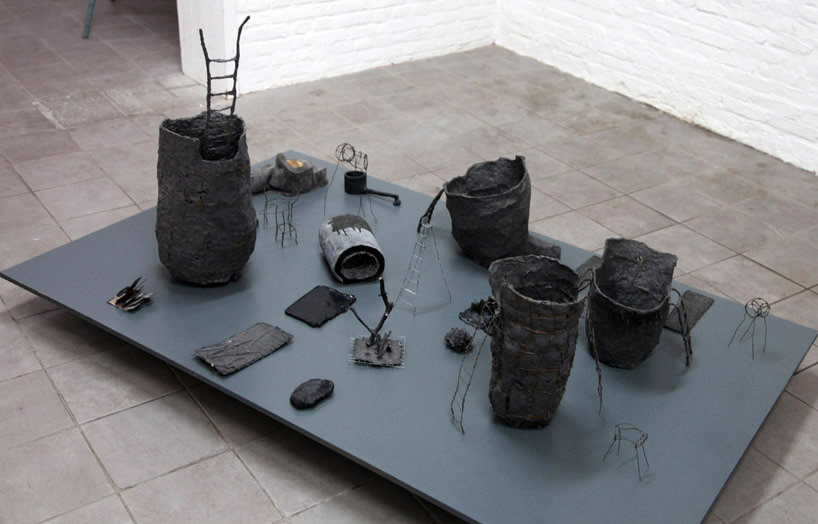 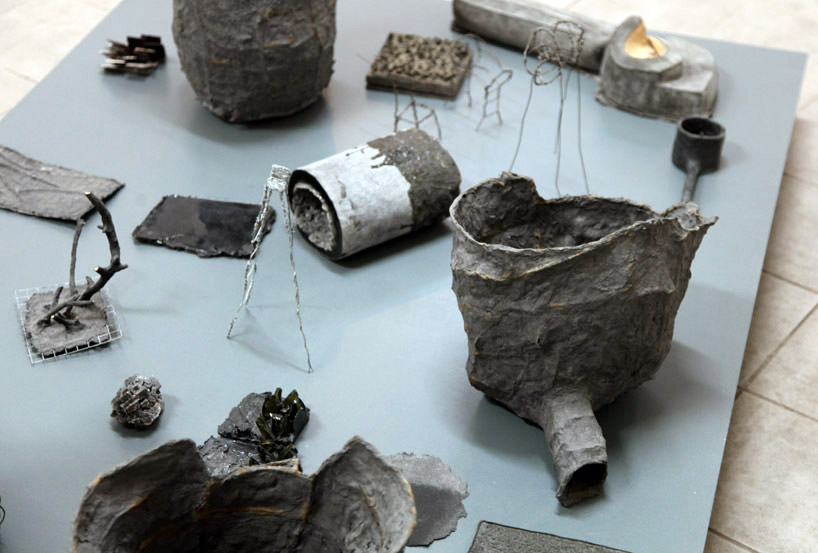 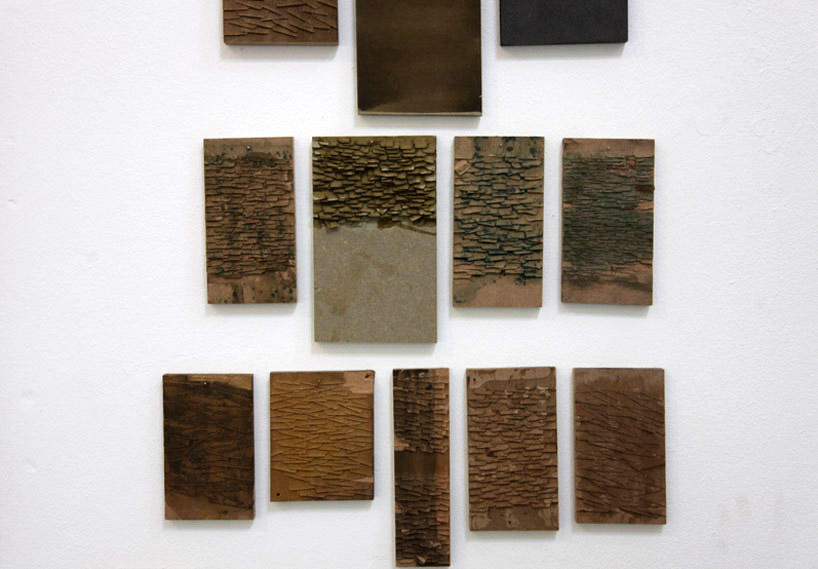 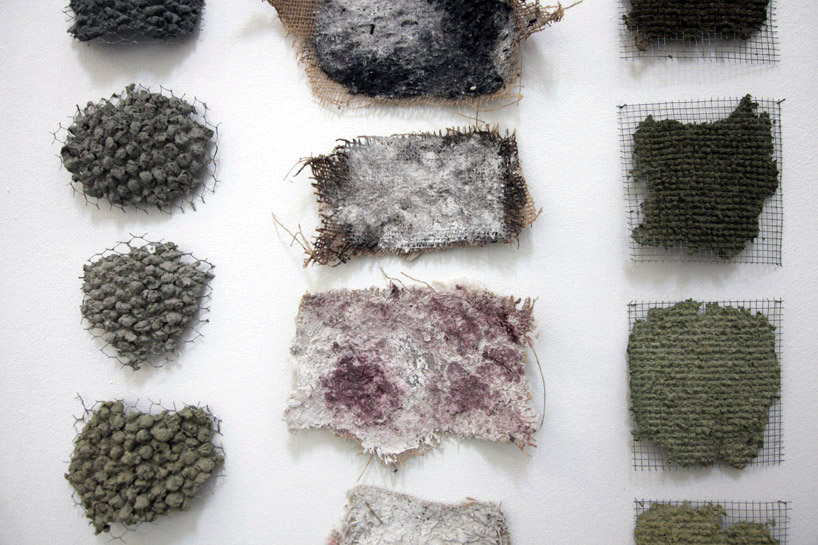 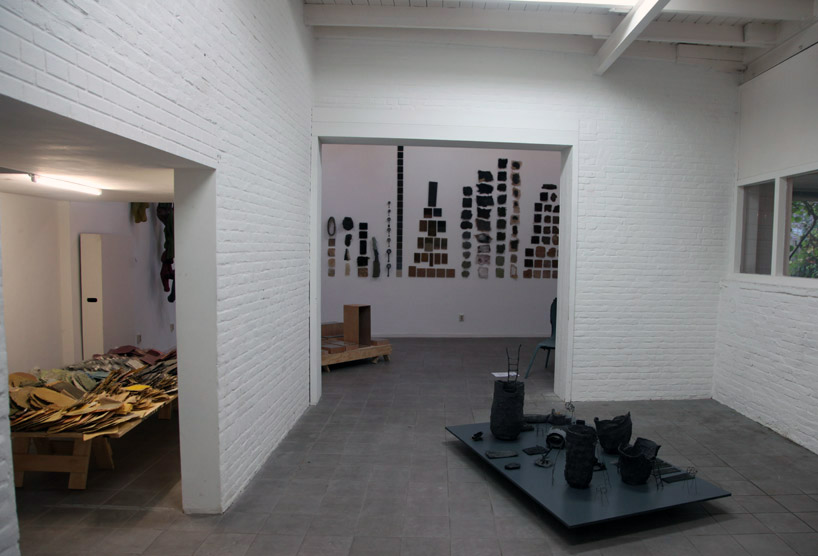