the 2011 exclusive version of the ‘meccanico dG’

de grisogono, inventor and designer of timepieces and high jewelry, announces an exclusive version of the 651 component ‘meccanico dg’ digital and analog watch for baselworld 2011. the 2011 model will feature a matte black titanium housing, black alligator leather straps and studded with 111 rubies. originally released in 2008 and named the winner of the grand prix de l’horlogerie in 2009, the watch has an analog display and a synchronized mechanically operated digital display using micro-segments, 23 cams, and integrated into a triggering system on a set of gears.

the baselworld show defines where the watch world is going and is where the top 100 brands of watch makers around the world come to announce new products. open to the public and 60 swiss francs for a day pass, the show will be held from march 24 – 31 in basel. 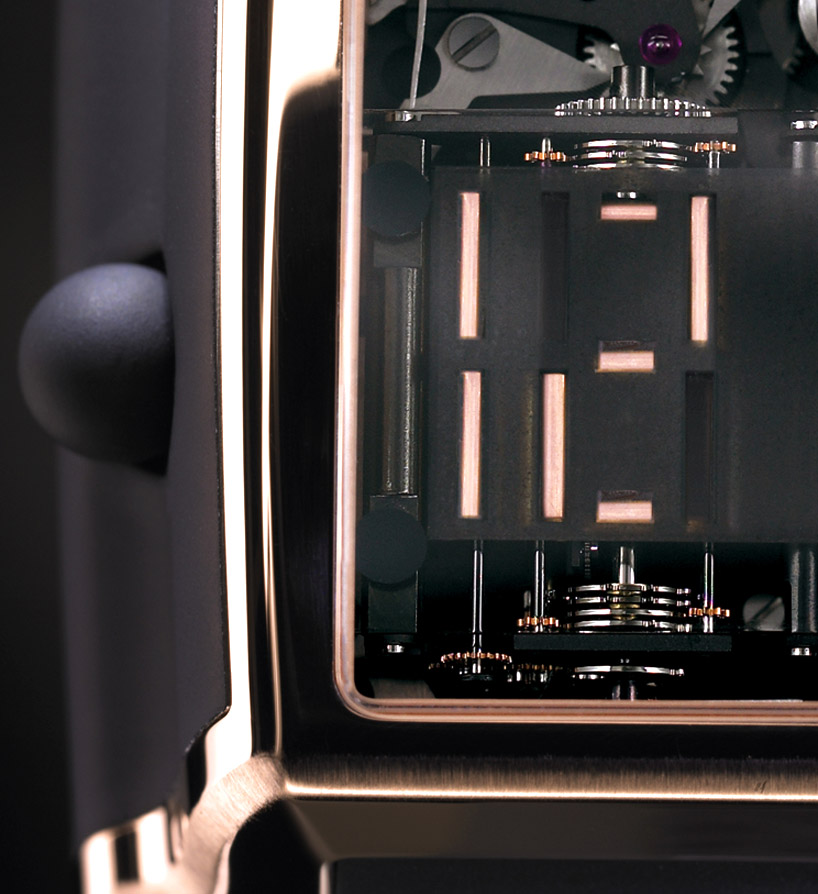 detail of the inner mechanics 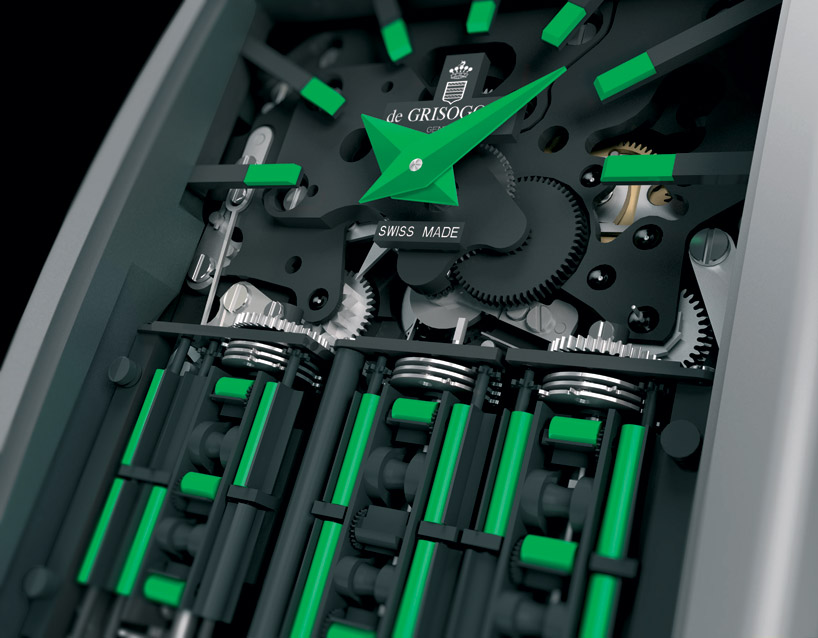 computer rendering of the internal components

piece-by-piece breakdown and fly-through animation helps to explain how it works.

May 24, 2022
LOTS OF TALK at the DAAily bar during milan design week 2022
the DAAily bar by designboom, architonic and archdaily presents hourly live talks with international guests from the worlds of design, art and architecture.
design
0 shares
connections: 17