UK-based product designer leon brown surprises us with another smart toaster which prints on your toast. as ‘dear system’ produces toast, it also listens to user feedback, emotion, and reception, becoming yet more alien as it attempts to become human. 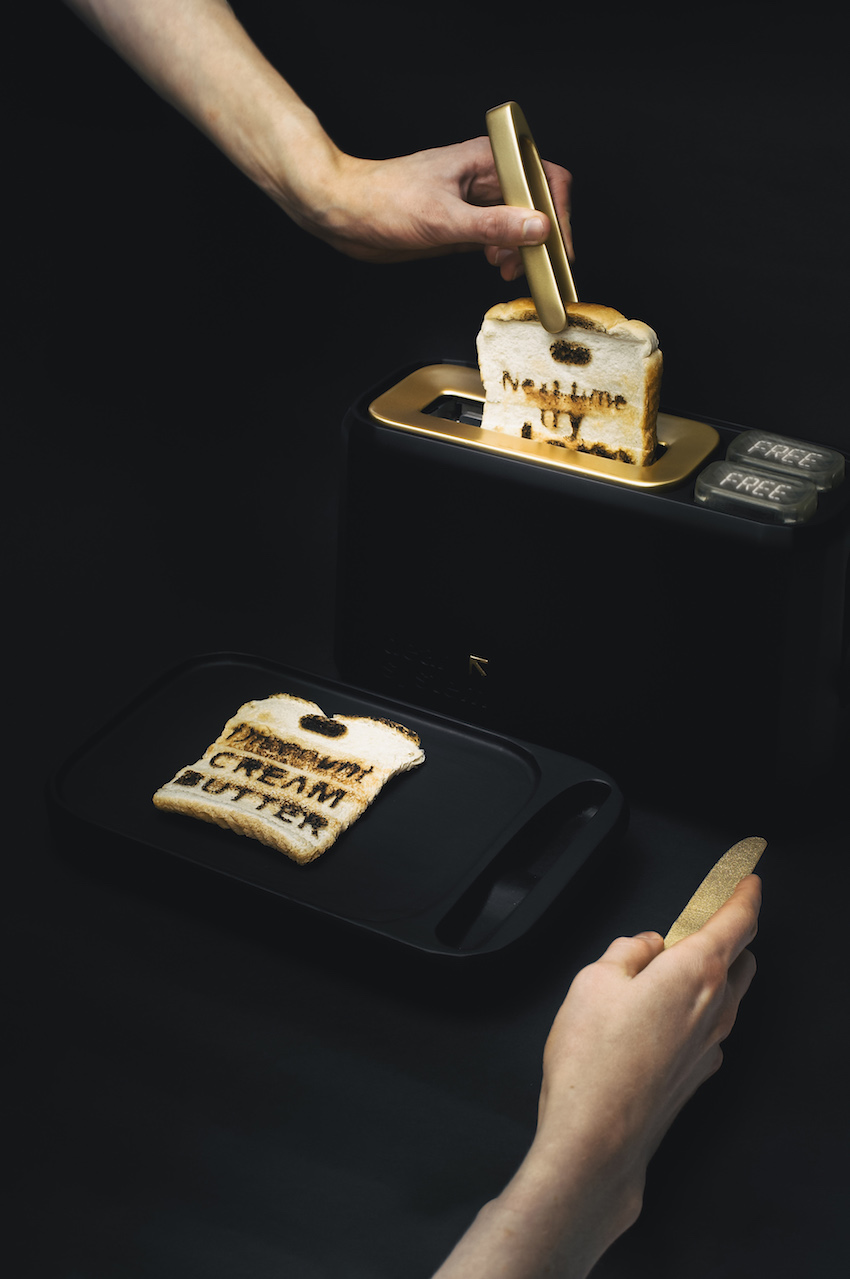 advertising is burnt onto the surface of toast from dear system

learning, ‘dear system’ attempts to exploit the complexities of our connected future and produce a vision of the future home with the toaster as a metaphor. as you decide to view advertising burnt into your bread, it begins to build a comprehensive image of its owner slowly seeding preferences of what bread to eat, which adverts to see, what type of spread to use, and how brown to toast, are entirely relinquished to the toaster. each time you toast, leon brown’s toaster teases at getting closer to the perfect combination — with the slate, gathering seemingly meaningless information to benefit both advertisers and the user through experience. 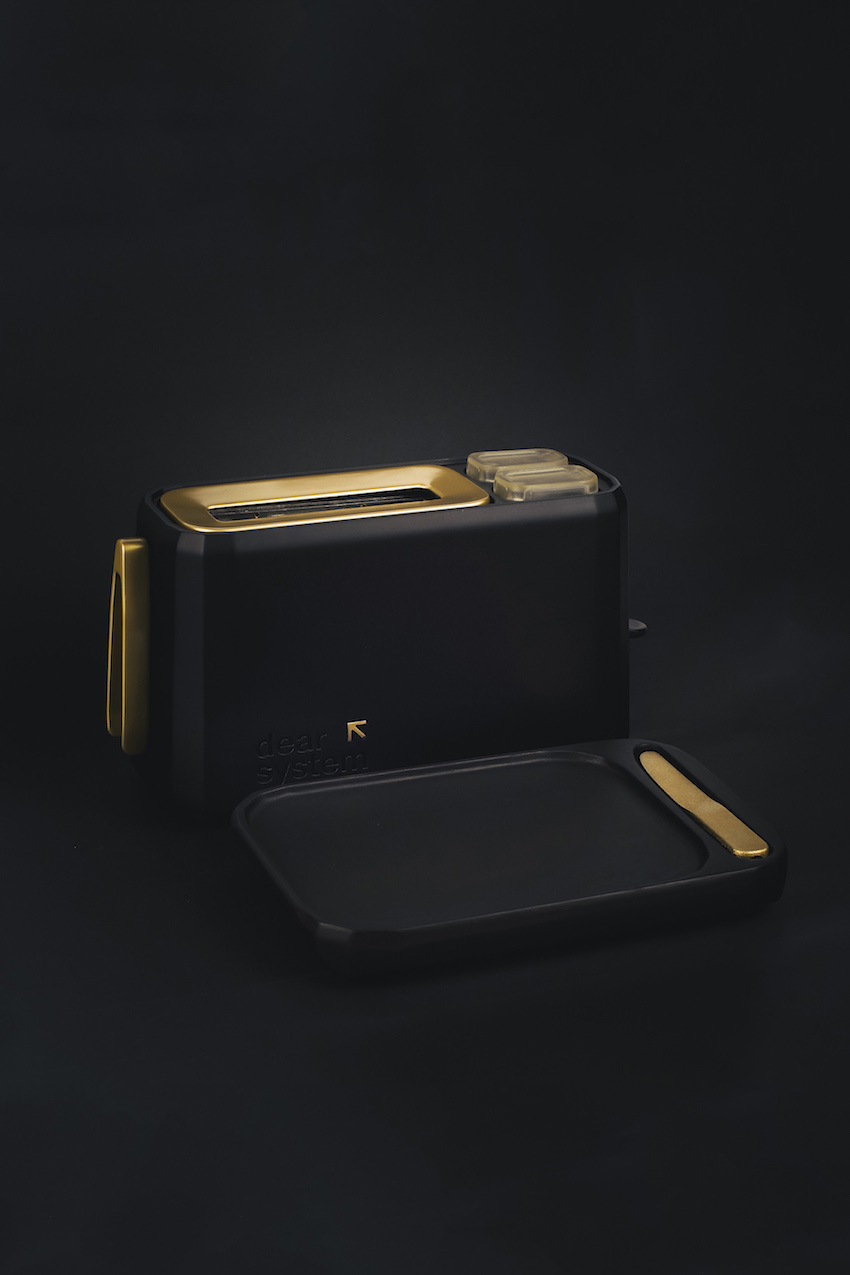 dear system has displays hidden underneath the surface of both the toaster and slate, which shine through as users walk by to encourage them to pick it up and use

the angular, mechanised aesthetic it presents sits in the reflection of its purpose — created as if by its own kind to be efficient and sharp both visually and operationally. ‘my work has always been focused on the intersection of traditional sensibilities and an industrialized production process, tackling the entanglement of technology in our post-industrial spaces,’ explains brown. ‘it is produced to manufacture discourse around technology and the built environment — and attempts to echo a wider shift within our modes of consumption — as much as the mechanisation of work has separated most individuals from the experience of witnessing making, new digital media from the internet to film-making have continued to separate us from direct contact with the information we consume.’ 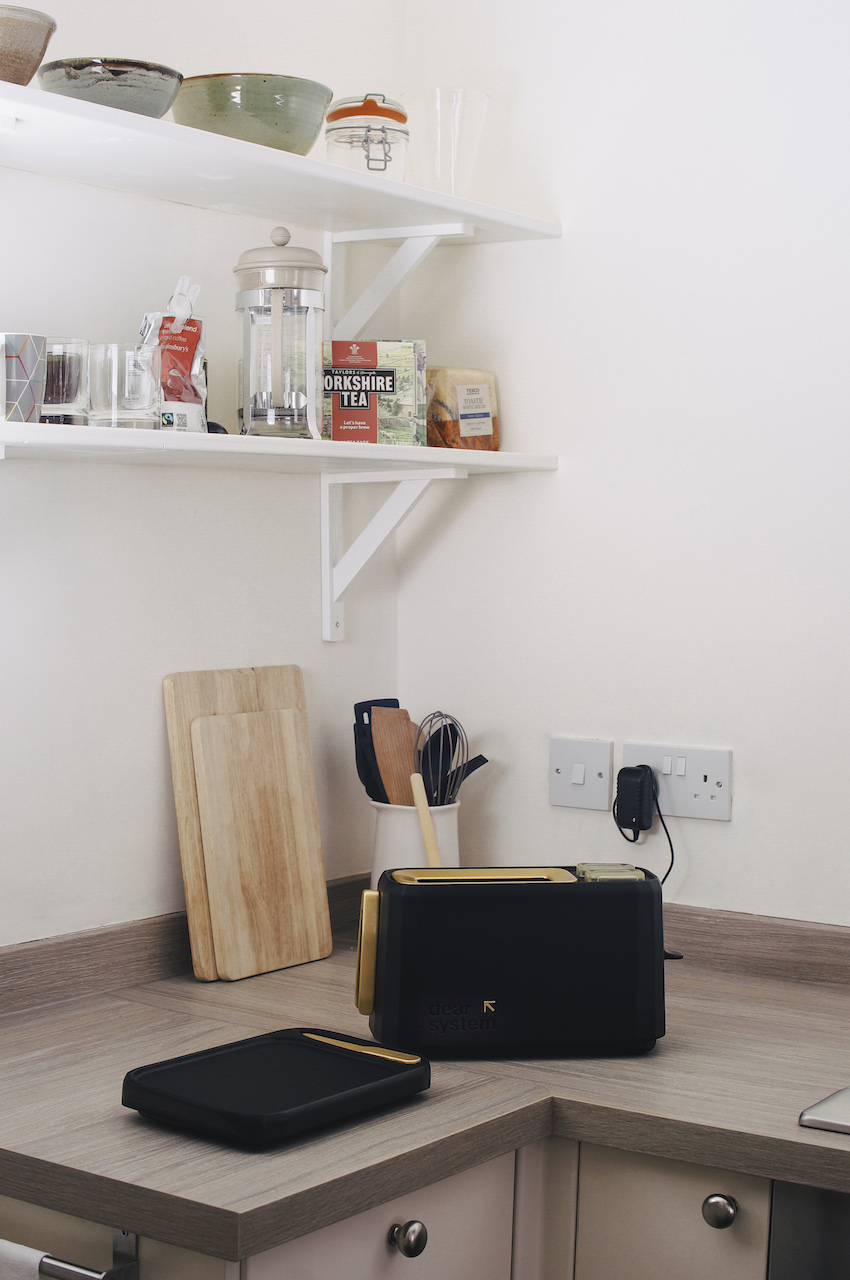 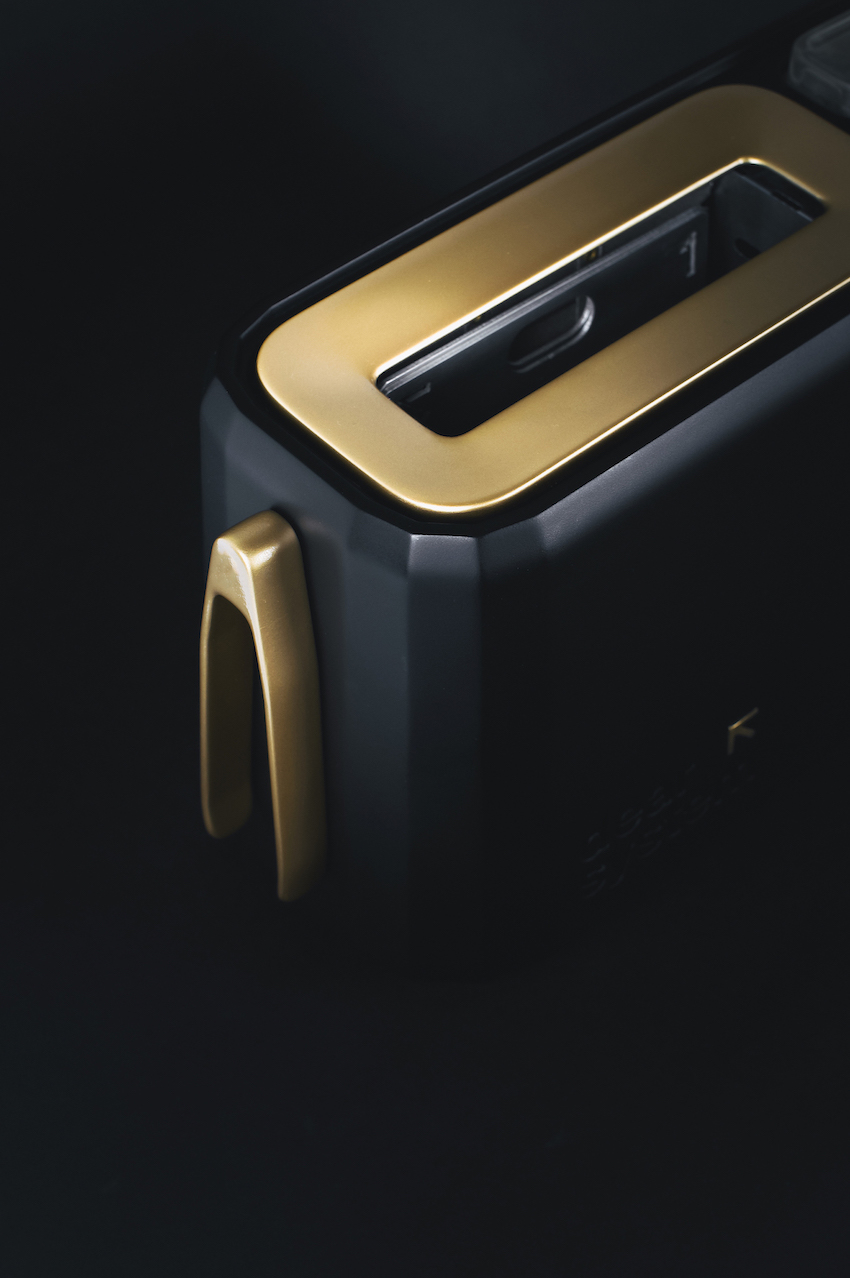 toaster tongs are included, with the gold accent creating a set of objects which define themselves strongly from any other 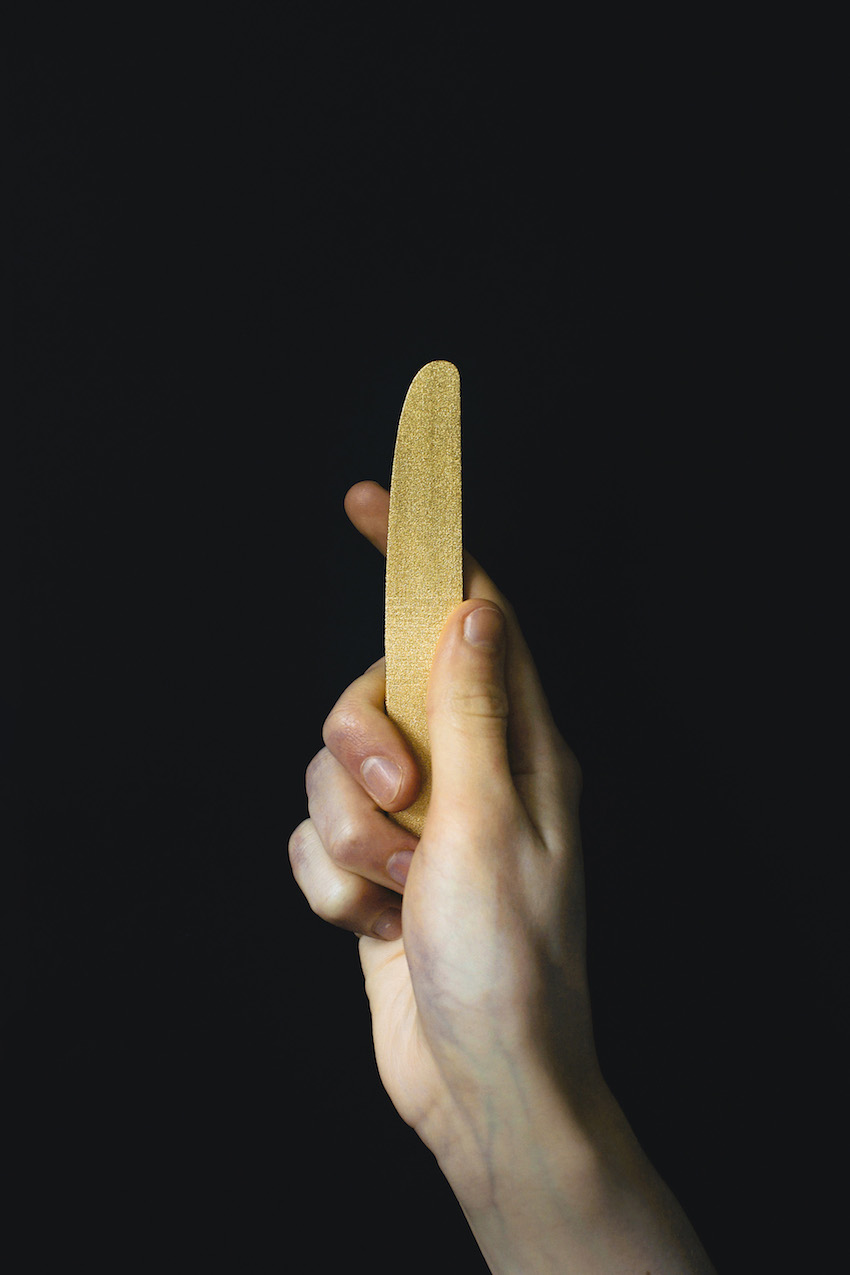 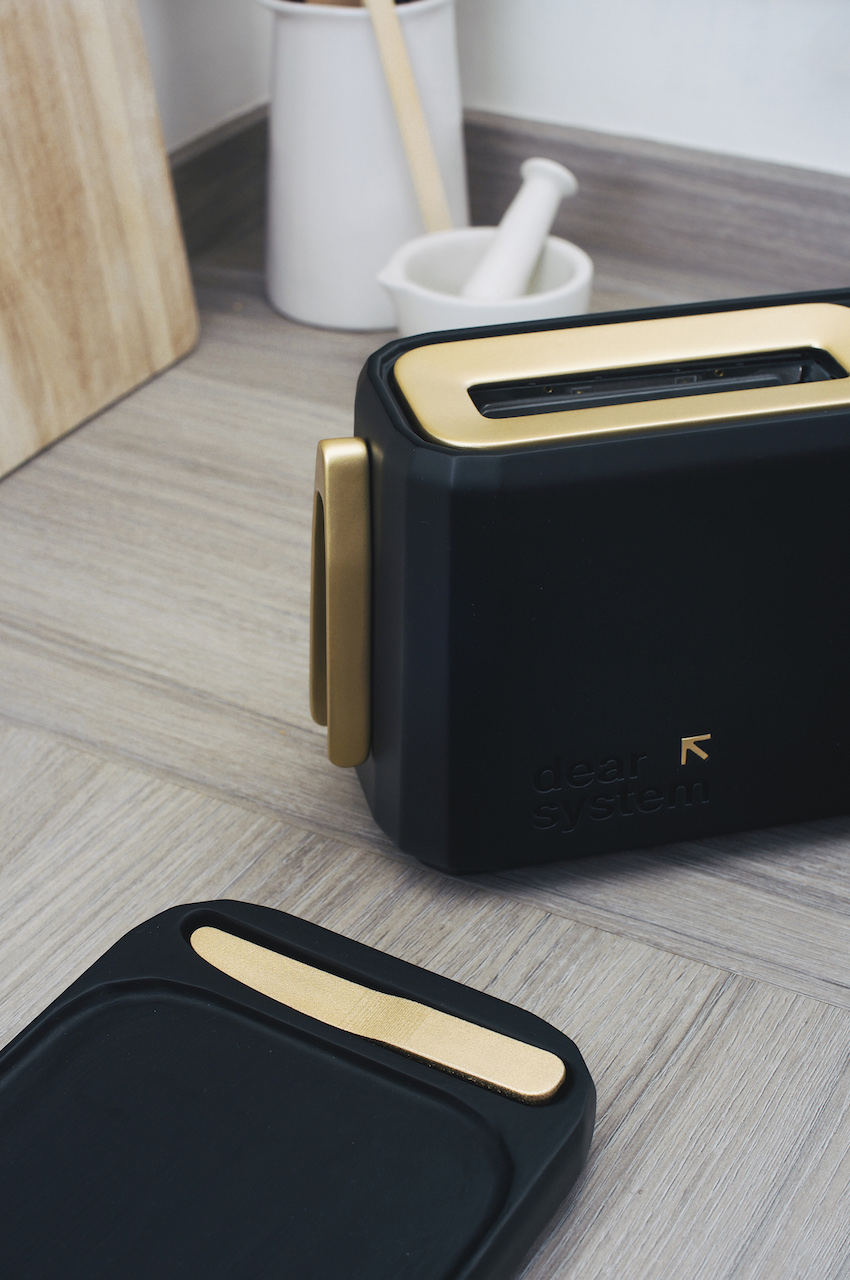 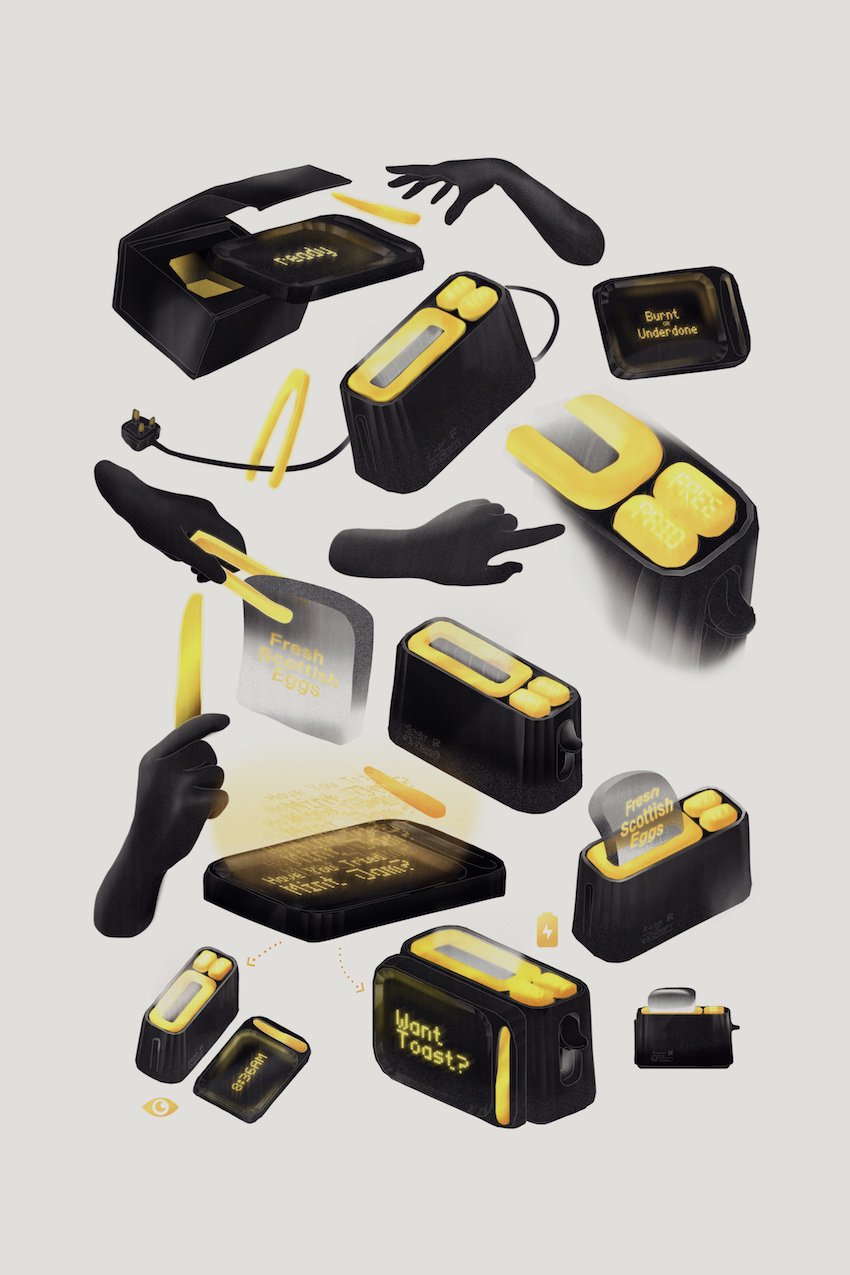 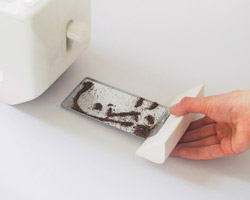 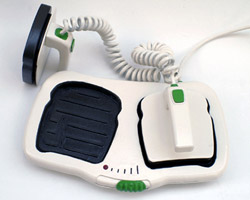 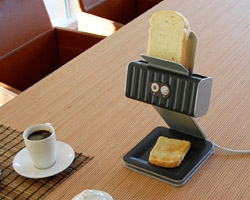