the design museum holon, in collaboration with the victoria & albert museum and onedotzero present a new edition of the exhibition ‘decode: digital design sensations’ which has been travelling to various global institutions since its first showing at the V&A in london.

‘decode’ explores three types of digital and interactive design: code, interactivity and network. pieces shown as part of ‘code’, use computer code and advanced mathematics, translating them into organic depictions, much in the same way a sculptor works, through constant movement and growth. ‘network’ focuses on works that comment on and utilize the digital traces left behind by everyday communications derived from blogs in social media communities to mobile communications or satellite tracked GPS systems. it investigates advanced technologies and how the internet has enabled new types of social interaction and media for self-expression. here, designers reinterpret this information to create works that translate data into visually understandable.’interactivity’ looks at designs that are directly influenced by the viewer, whereby visitors are invited to interact with and contribute to the digital mediums at hand, the creators showing how the boundaries of design and performance can be pushed.

on this occasion, three new specially commissioned israeli artists and designers, generously supported by the porter foundation, have been invited to participate including interaction lab at the holon institute of technology. their ‘cubes’ project, developed by four of the group’s members: eran gal-or, michal rinott, shachar geiger and luka or, features twenty transparent blocks which respond to various stimuli including presence, light, motion, distance and cellphone signals. they are all transparent allowing viewers to see the electronic circuitry on which they rely. among the various responses, the cubes are able to move, illuminate or emit bubbles for example. lined-up in correct order, the small structures are able to interact with one another. 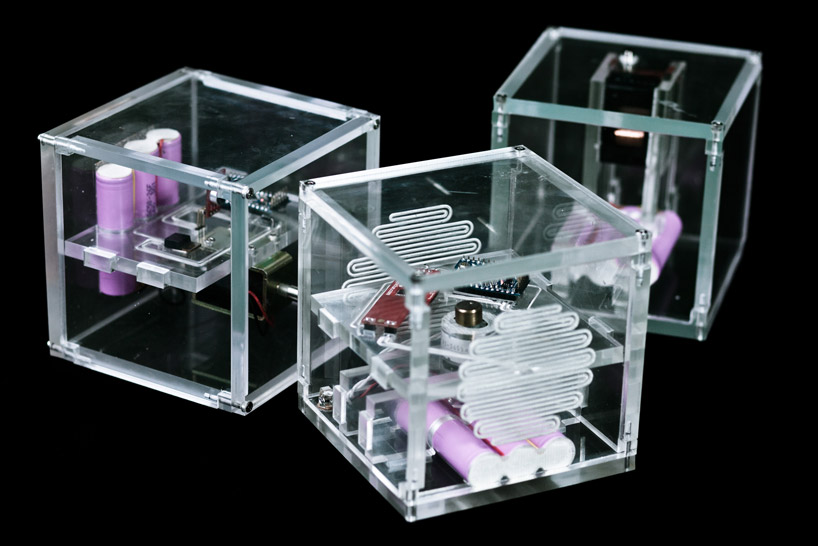 diagram displaying how the cubes interact 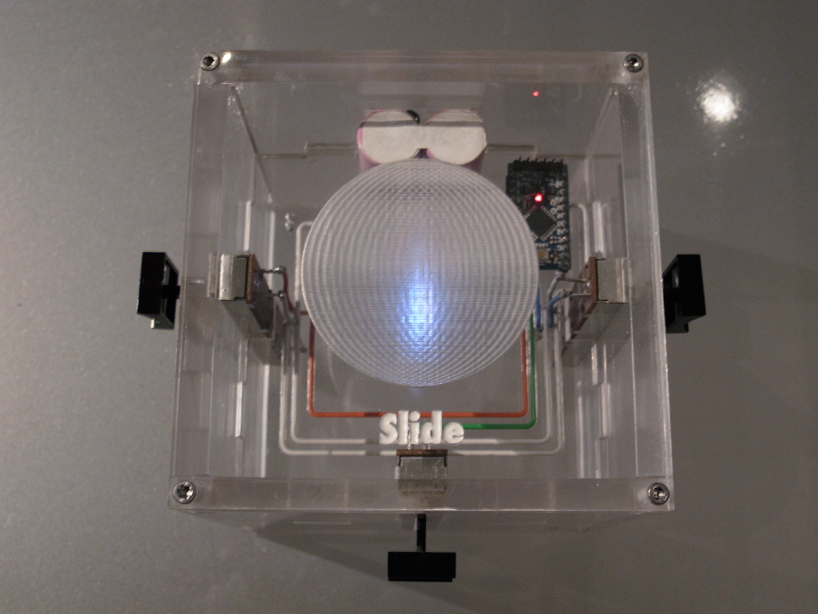 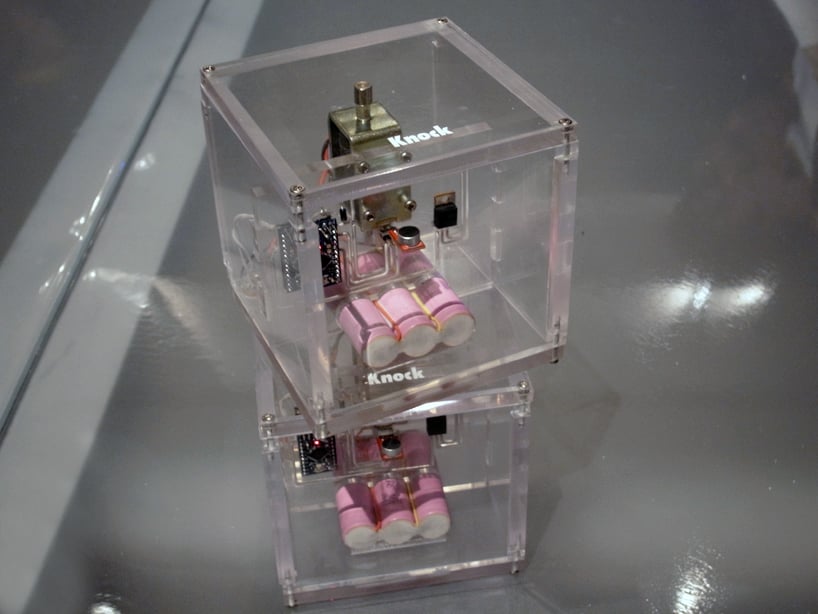 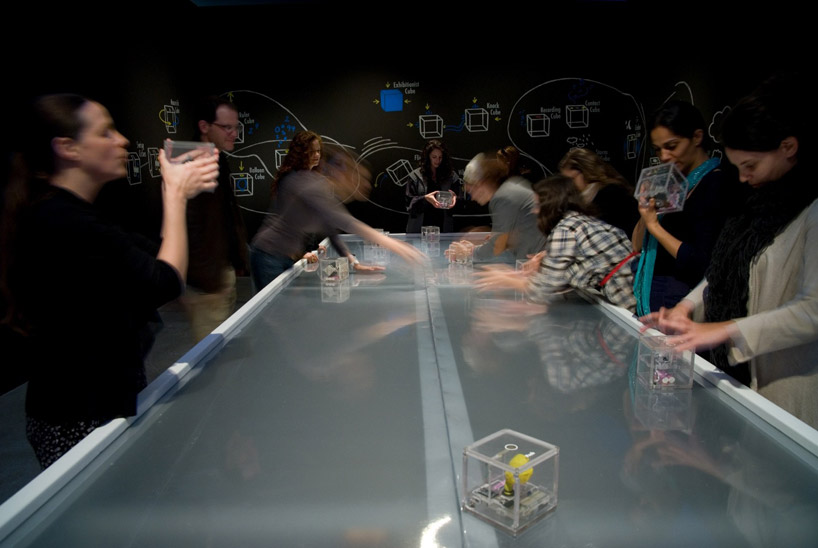 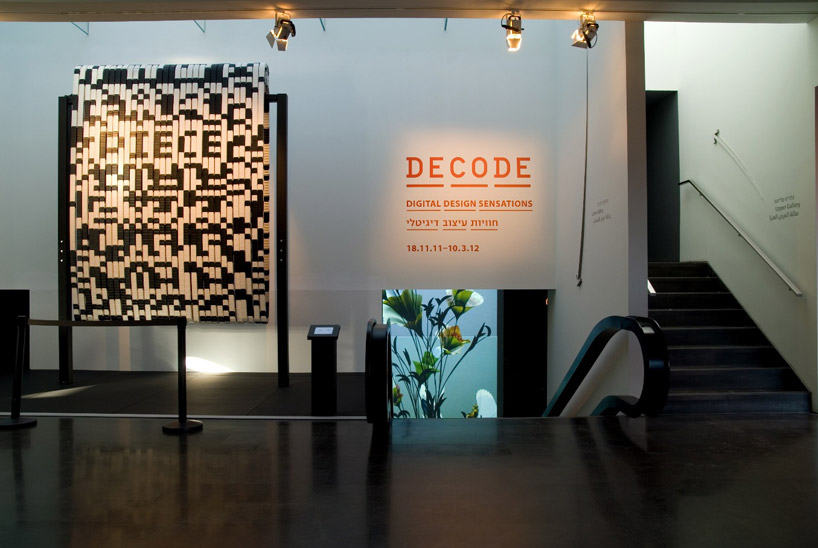 ‘bit.code’ (2009) by julius popp installation at the entrance of the ‘decode’ exhibition at design museum holon