currently on display at the triennale design museum milan as part of the creative series
set
is the work of italian studio deepdesign, founded in 1995 by matteo bazzicalupo
and raffaella mangiarotti. among their clients – barilla, daimler chrysler, whirlpool europe,
coca cola and NEC. 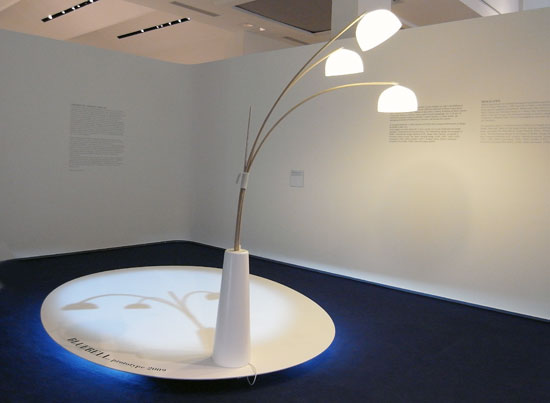 the idea of this light grew out of a natural observation. it is like a spray of bluebells.
the bellflowers can be rotated and orientated all one way or in different directions.
raising or lowering the sleeve changes the curve of the three stalks and hence the angle
of the lights, changing their height and orientation. this makes it simple to pass from
light diffused upwards to a focused reading or work light. the base is high and contains
the switch. the stems, covered with nautical stocking, are flexible. inside is a steel rod
and an electric cable. the lampshade is in heat-molded opalescent sandblasted polyethylene. 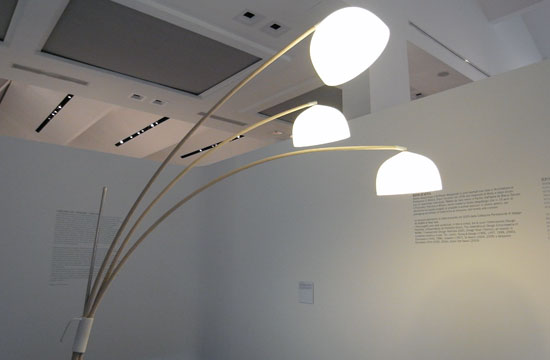 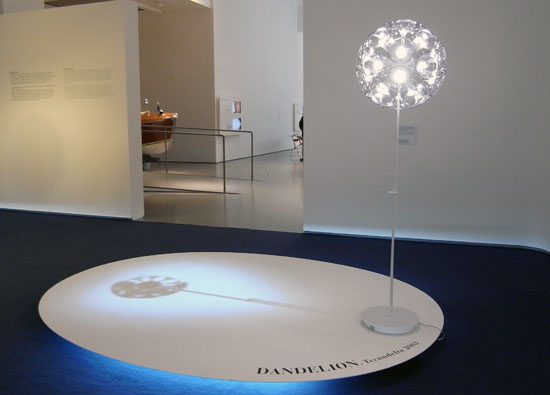 the light resembles a dandelion. the light source in the first version deepdesign produced
was even lighter because they conceived it in terms of optical fibers which would exactly
reproduce the form and buoyancy of a dandelion. however when they first tried to bend
them after making a small mold, a lot of the fibers broke and this was unacceptable.
so for the final design they decided to replace the tuft of optical fibers with a polycarbonate
tube. 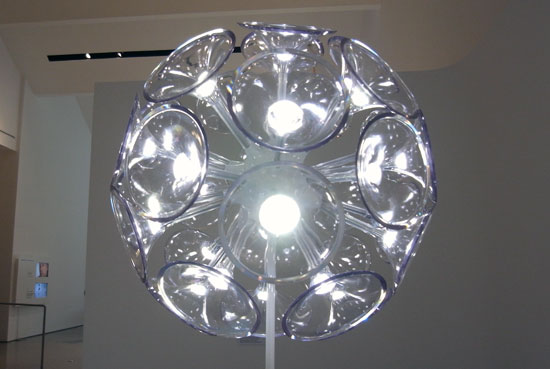 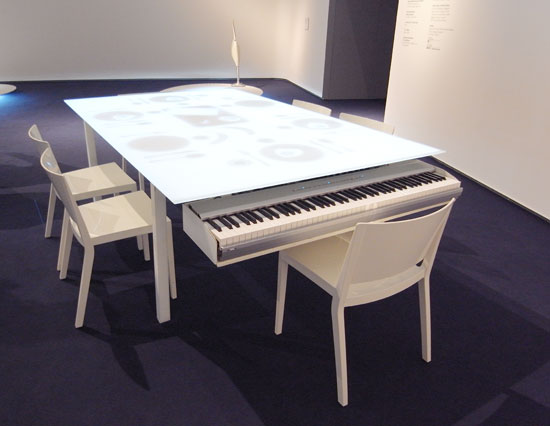 how to maintain the entrancing qualities of the grand piano, made important by
the coherence between its sound and its physical impressiveness, in the smaller spaces
of homes today? the piano is integrated and combined with the furnishings of the home:
an electronic keyboard runs under a large glossy white top with an electronic device
that acts as its sound board. when not being played it becomes a work or dining table.

the top is in etched glass backpainted white, forming a smooth surface, deep and rather cold.
the system is based on a built-in master keyboard amplified to a panel which exploits
the properties of the feonic system to transform the table top into an acoustic panel/soundboard.
the electric keyboard is connected to a miniaturized (feonic) amplifier which creates
three-dimensional sound and distributes it uniformly across the whole table top. 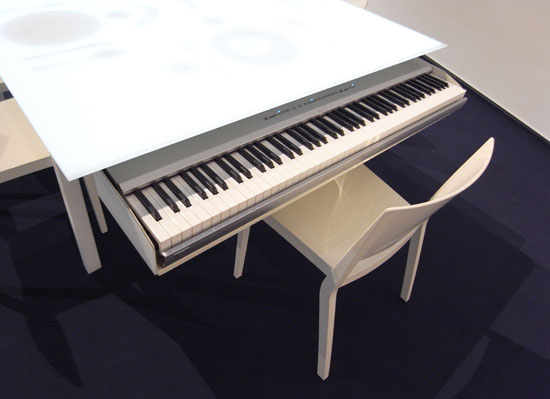 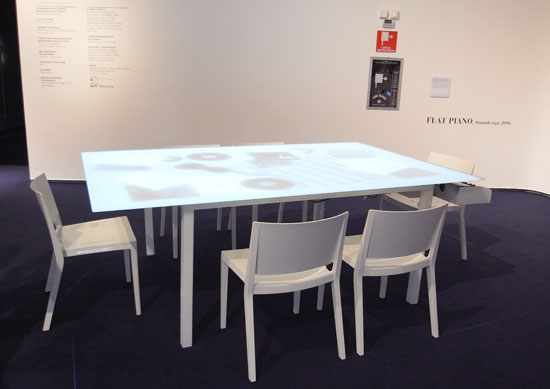 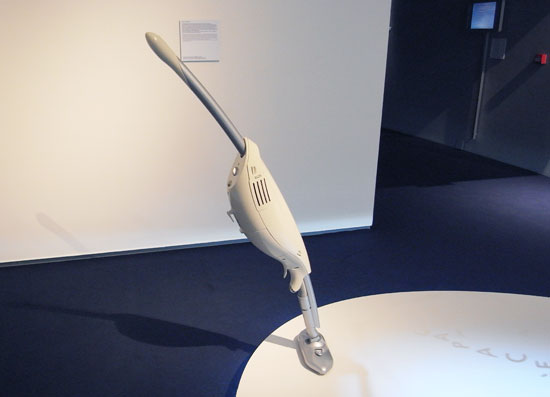 the new broom has a motor housing/bag that slides along the tube/structure. lifting it
manually frees a hinged section like an arm that folds level with the user’s elbow,
enabling the brush to clean the floor under very low furniture to a depth of about 80 cm,
or the complete surface area under a double bed working from both sides. the appliance
is further equipped with a rubber wheel that allows it rest lightly on the floor and move
fluidly without spoiling surfaces. 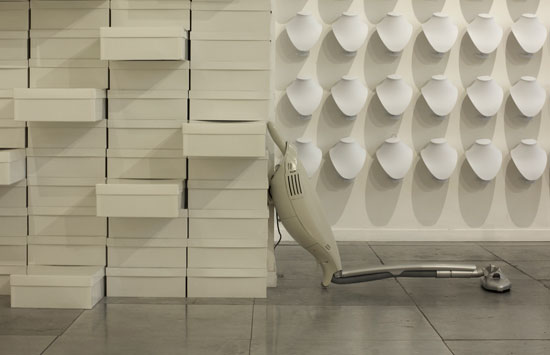 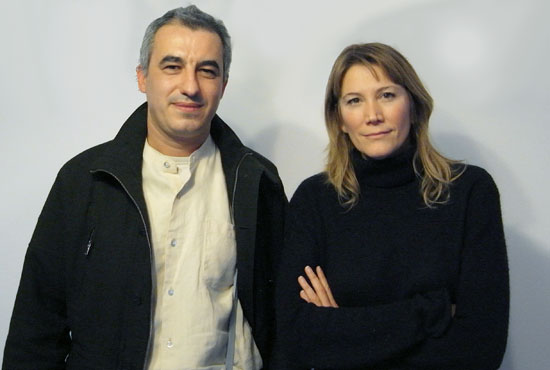 deepdesign at triennale design museum, milan
on now until january 17, 2010

Sep 30, 2022
living plant controls a machete through an industrial robot arm
the plant acts as the brain of the robot, determining how the machete swings, jabs, slices and interacts in space.
design
+41.4K shares
readers
connections: +520