the ‘opus eleven‘, designed for harry winston by denis giguet, founder of the swiss watchmaking firm MCT, showcases a puzzle-like architectural mechanism that explodes and reassembles the numerals of the hour every sixty minutes.

the case of the ‘opus eleven’ is composed of white gold, while sapphire-crystal domes protect the three overlapping cylinders set at different levels together show the time. the main circle displays the hour through the watch’s unusual movement, in which four gears, on each of which six pinions hold a placard segment of a numeral, spin and orient themselves so as to together depict the hour. the mechanism remains static during the course of the hour, and springs to action after the fifty-ninth minute, in a matter of split seconds, destroying the old hour and assembling the new.

the circular section to the upper right of the hour ring displays the minutes, via an inner jumping disk to show the tens and an outer running disk to show the units. the watch’s final circle to the lower right renders visible the titanium balance-wheel, the weighted piece that effectively drives the ticking of analog watches. 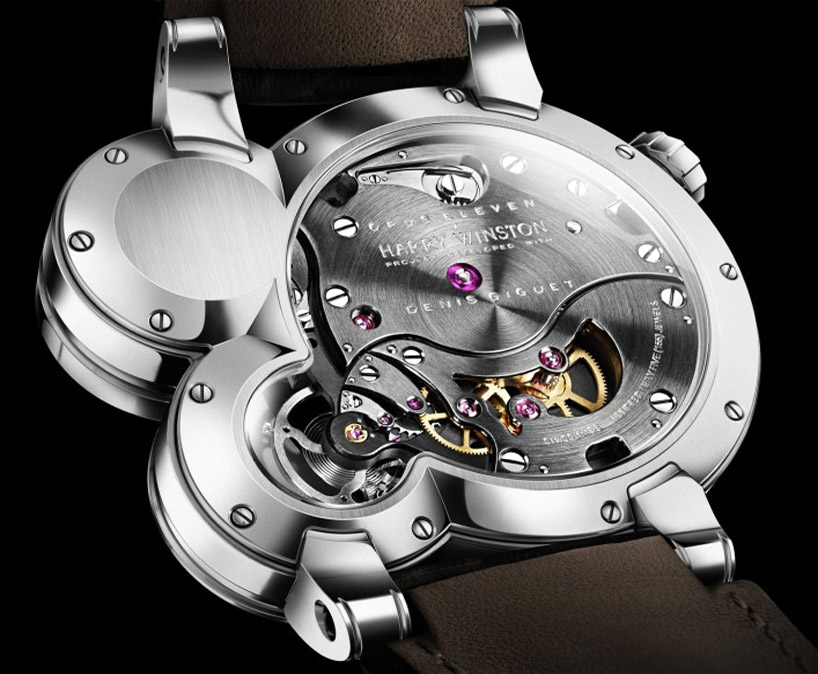 the backside of the watch

the movement of the ‘opus eleven’ contains 566 components, including 155 jewel bearings. designer denis giguet estimates that the assembly takes a watchmaker four to five weeks to complete.

produced in a limited edition run of 111 watches, the ‘opus eleven’ sells for approximately 250,000 USD.

interview with the watch’s designer denis giguet, and demonstration of the watch mechanism on the ‘opus eleven’

design time competition currently, designboom in collaboration with BREIL is promoting an international competition asking participants to design the next stainless steel watch in the BREIL collection. participation is open to applicants from every country in the world, to professionals, students, and design-enthusiasts.

registration is free and now open, through june 25th, 2011. for more information about the competition and how to register, click here. 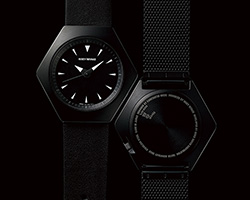 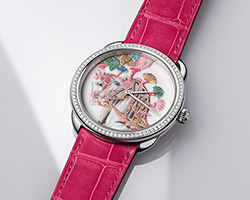 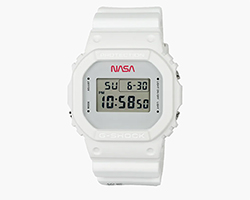 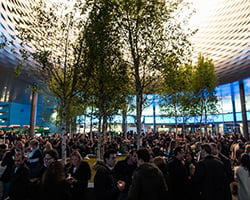 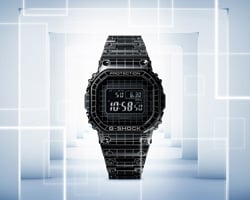 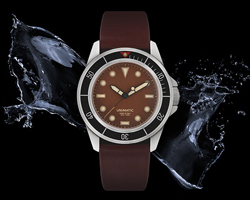 ×
keep up with our daily and weekly stories
507,101 subscribers

keep up with our daily and weekly stories
507,101 recipients