a spin on a classic ‘what if’ game

footwear designer polina krichko and CGI artist yaroslav svyatykh have created EIDOS, an exploration of speculative future concepts. in a setting vaguely resembling the earth, the object goes through different development stages — formation, mutation, adaptation, and integration. all scenes are shuffled into a chaotic flow. the starting point of the project was a conventional sneaker, while after sketching, making prototypes, and selecting the best-suited option, the designer made a final drawing by hand. 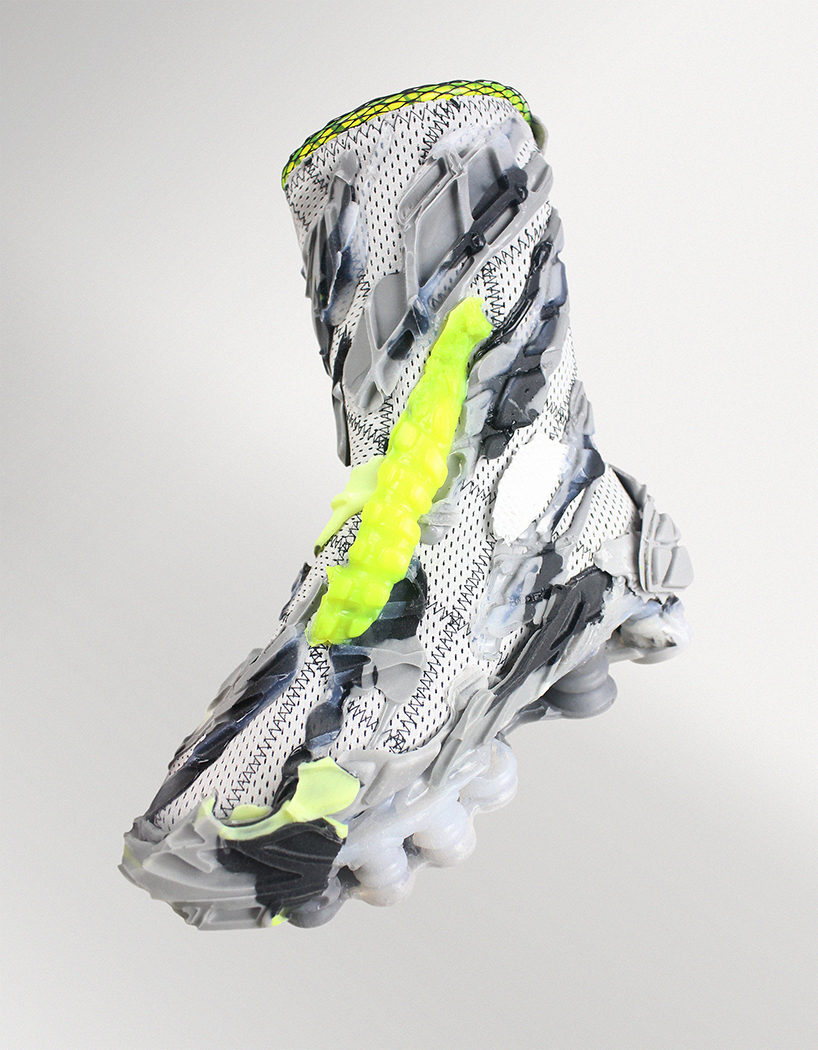 eidos shines new light on the idea of hyperreality

yaroslav svyatykh creates immersive and mystic digital environments, empty, uninhabited locations where the concept of time seems non-existent. he seeks beauty in forms and questions the notions of digital and real. polina krichko (see more here) works on material exploration and handcrafting, often using recycled materials and dead-stock items. aspects of her work include reflections on the current global situation and concepts of the future, the ideas of psychological obsolescence, and the transience of trends.

yaroslav creates CGI animations that are often perceived as real, while polina borrows methods and techniques from digital imagery manipulation software, translating them into tangible objects. together their approach shines new light on the idea of hyperreality, where it is not a mere feature of the generated imagery but derives from the process itself. 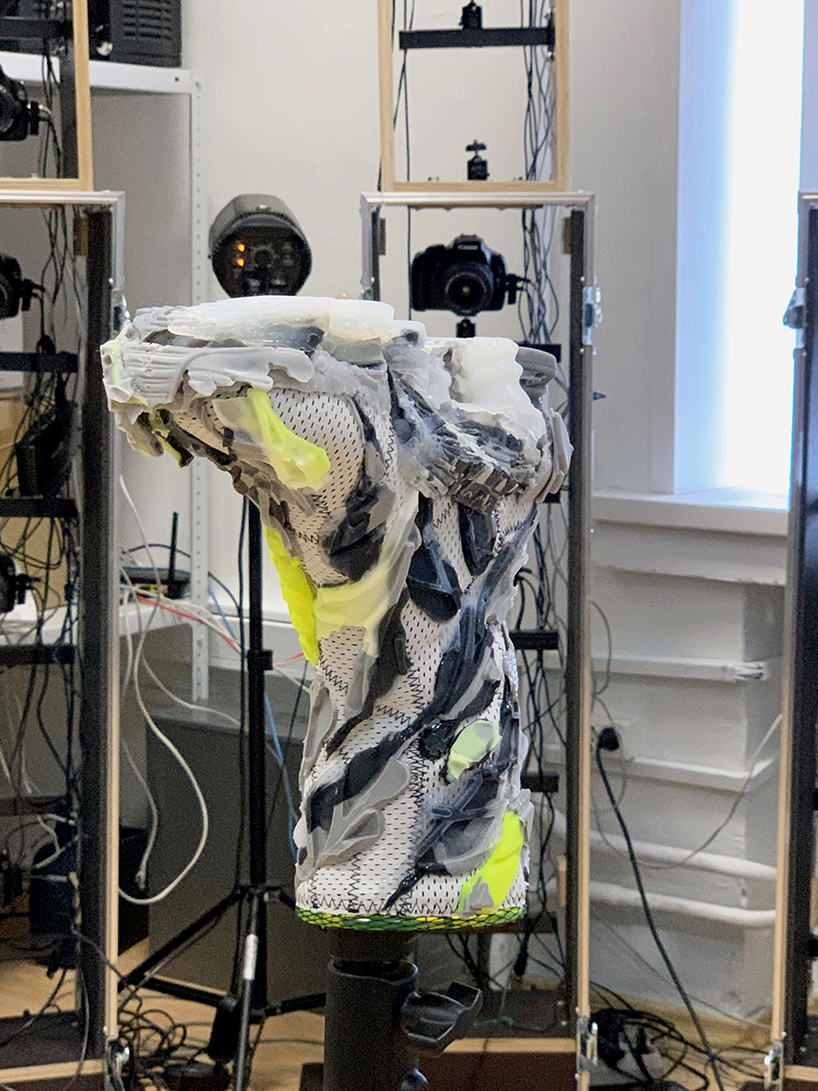 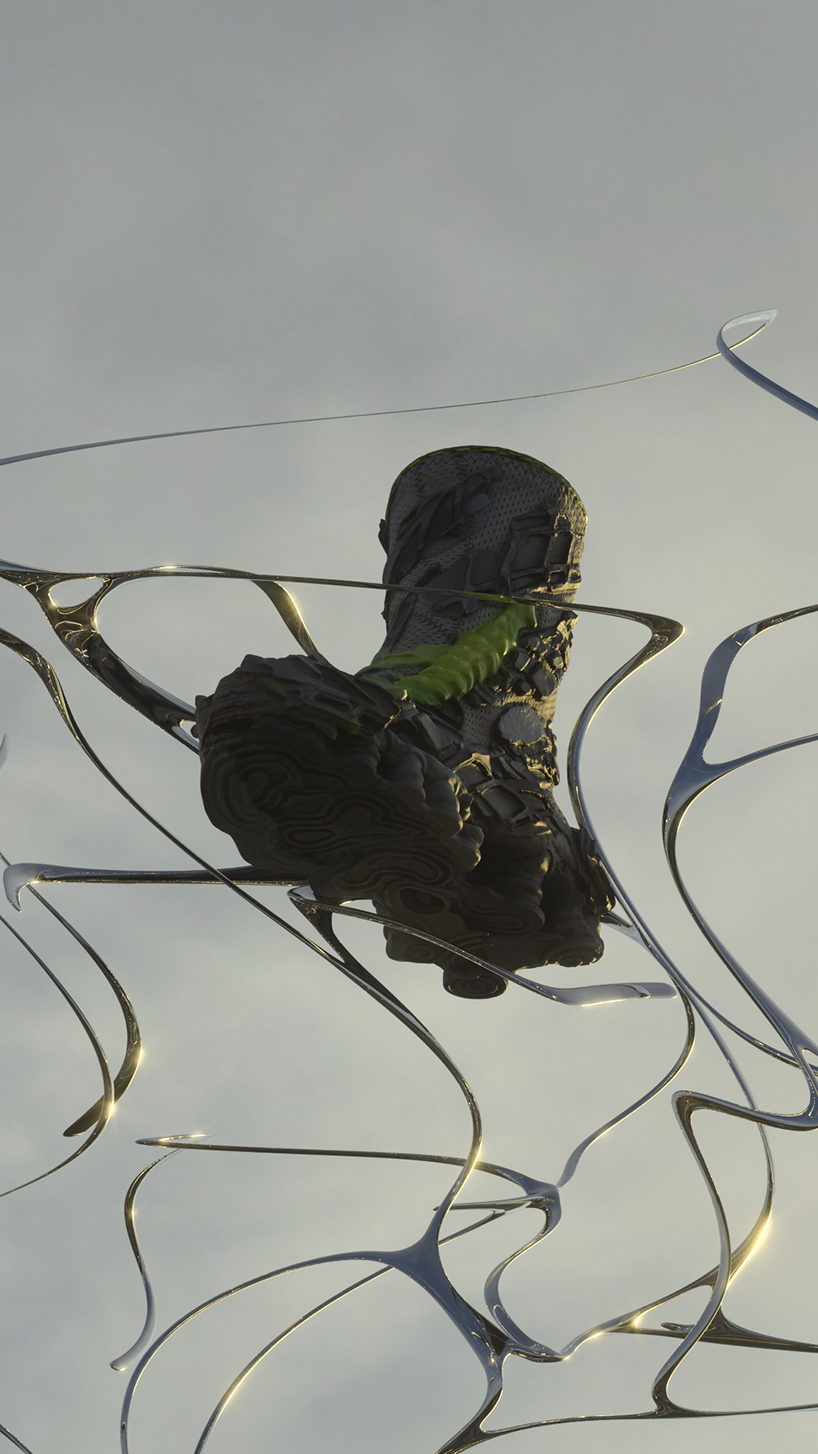 trial with visual elements to create an outlandish effect 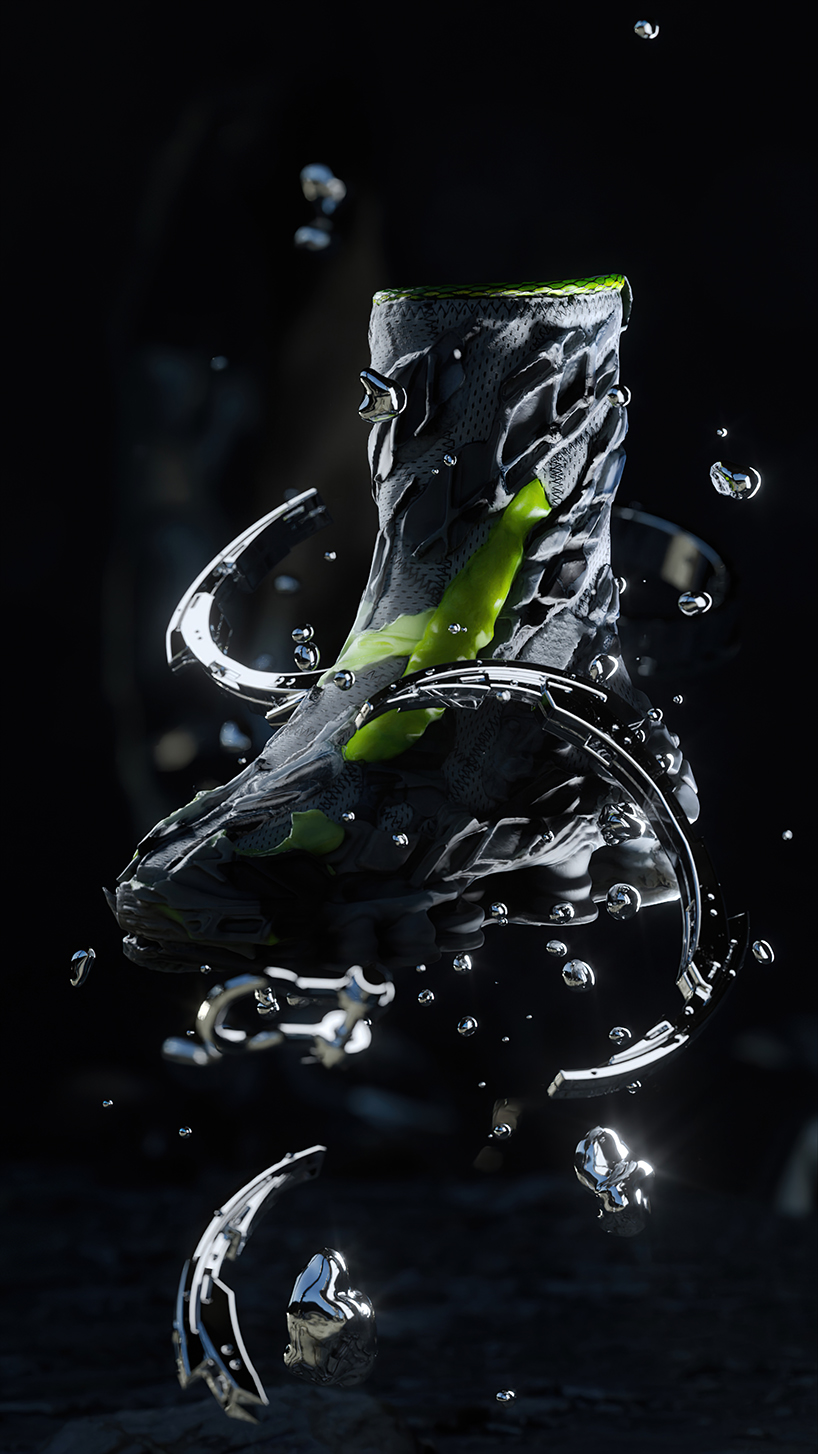 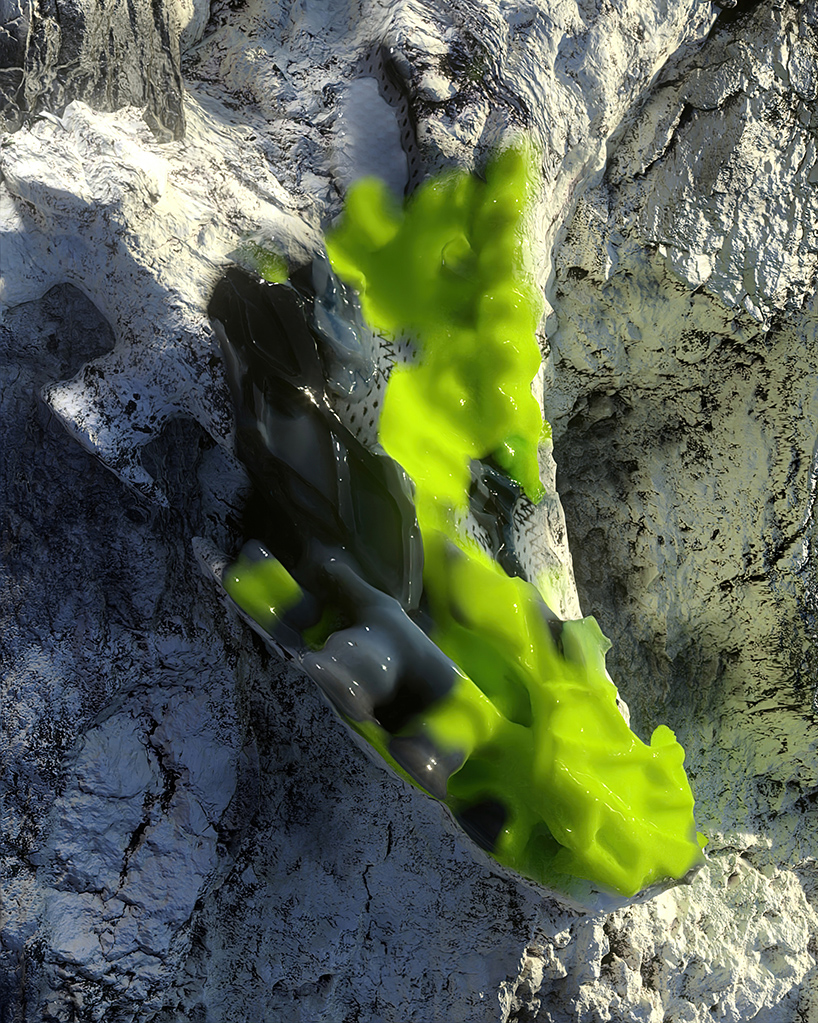 integration stage – sneaker is immersed in the environment, fusing with it in a manner of fossilization 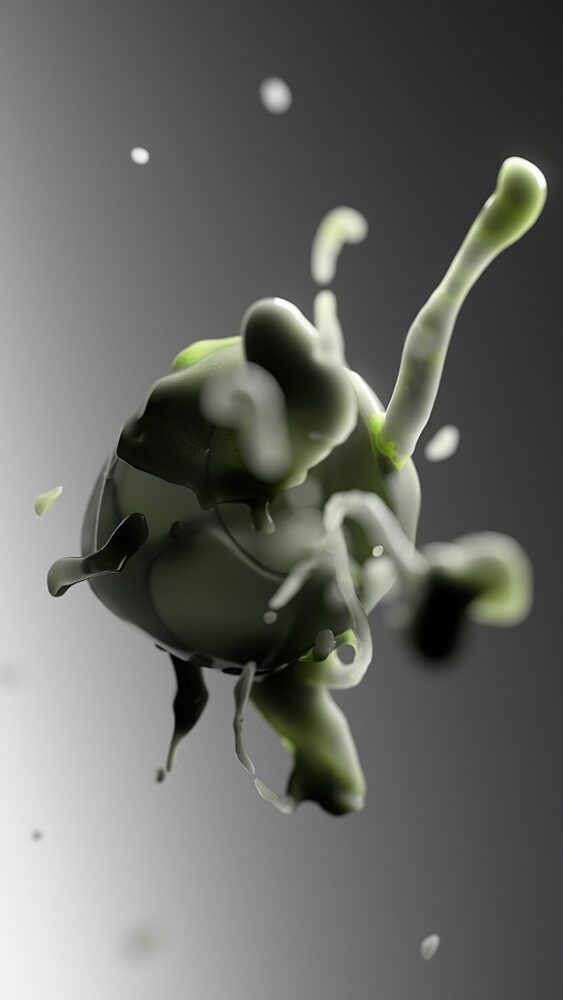 visualization of embryo stage – formation of the artifact 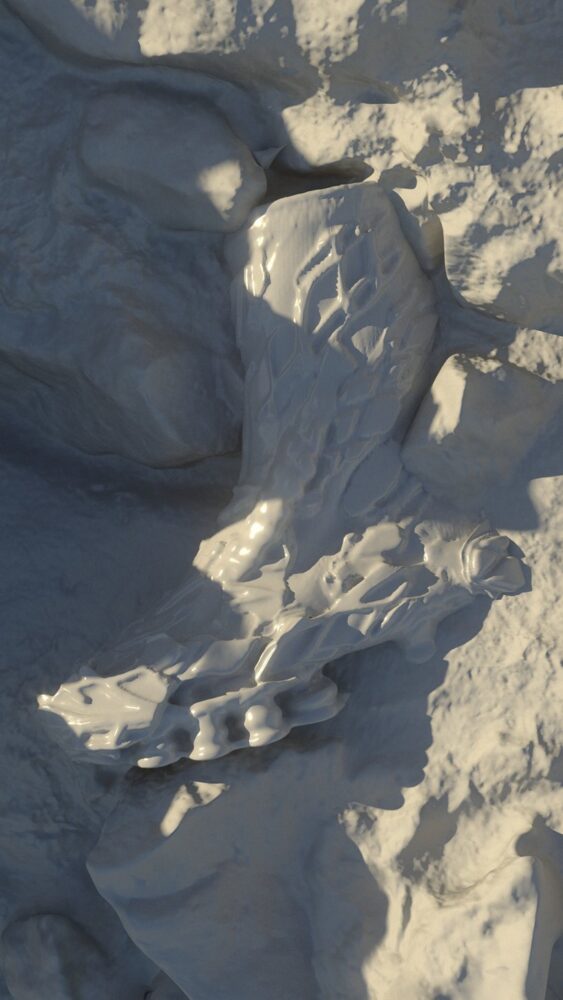 testing the composition and lighting for ready scenes 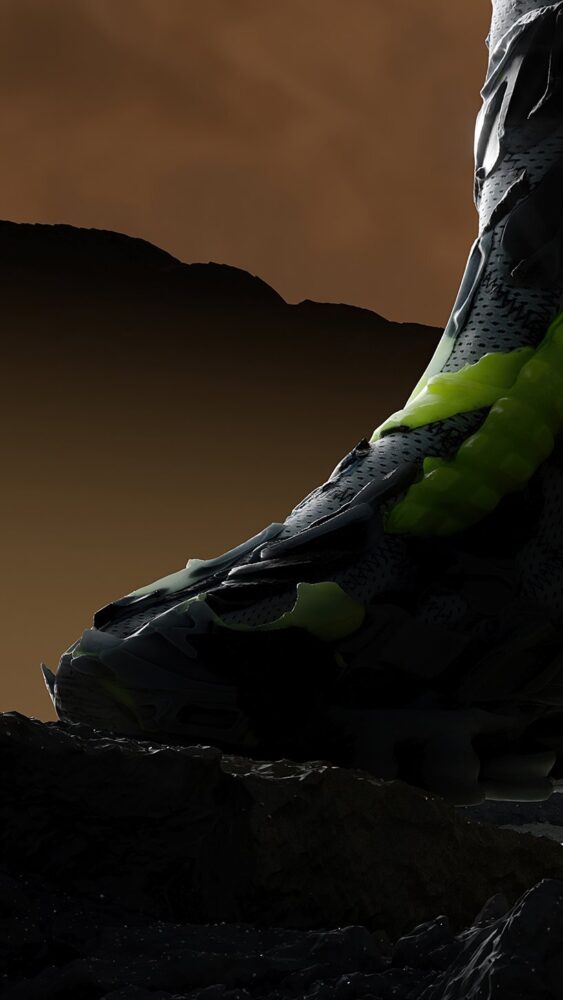 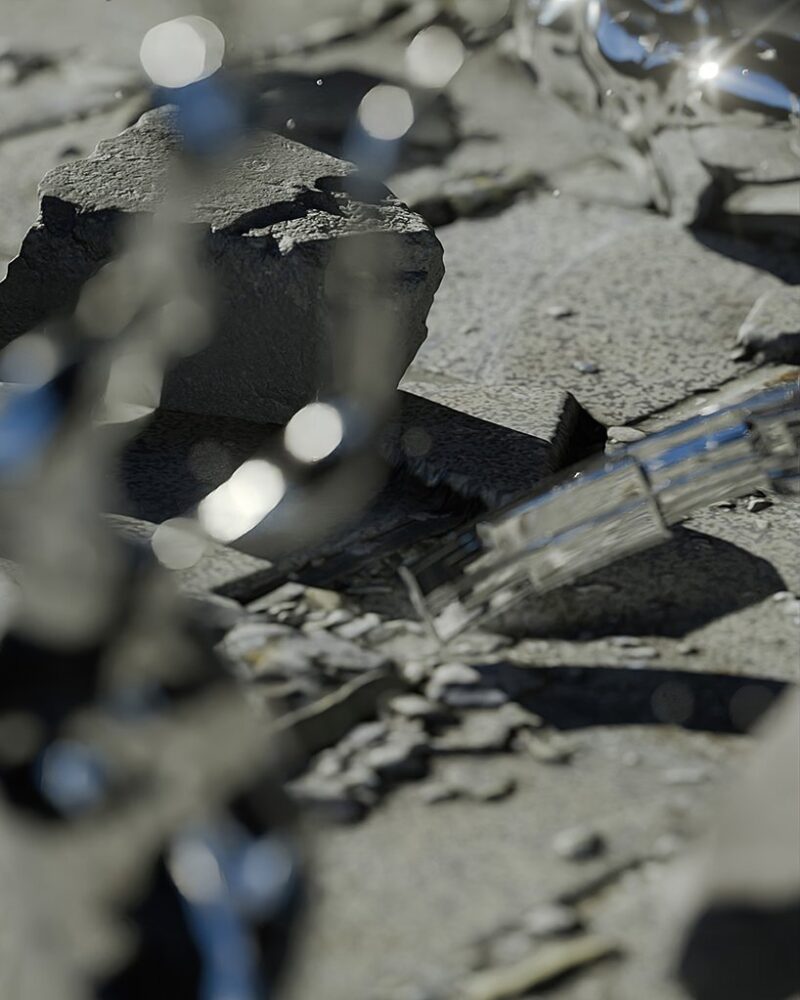 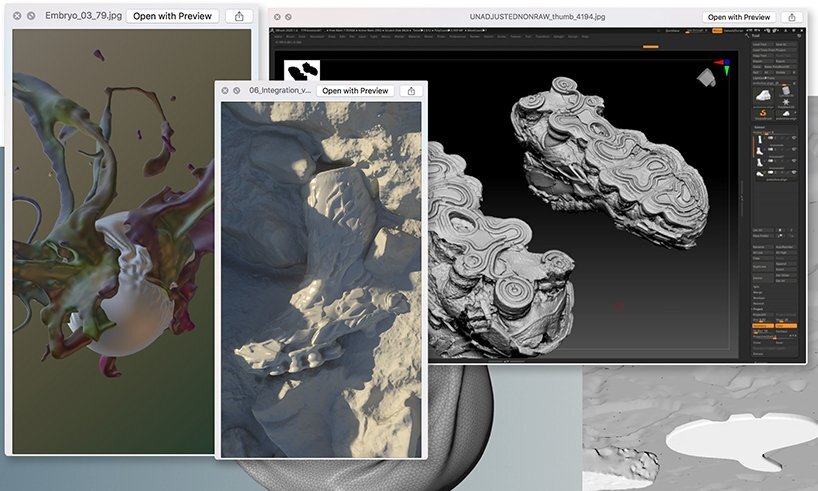 initial renders and sketches. first steps in the creation of futuristic environments and setting the mood 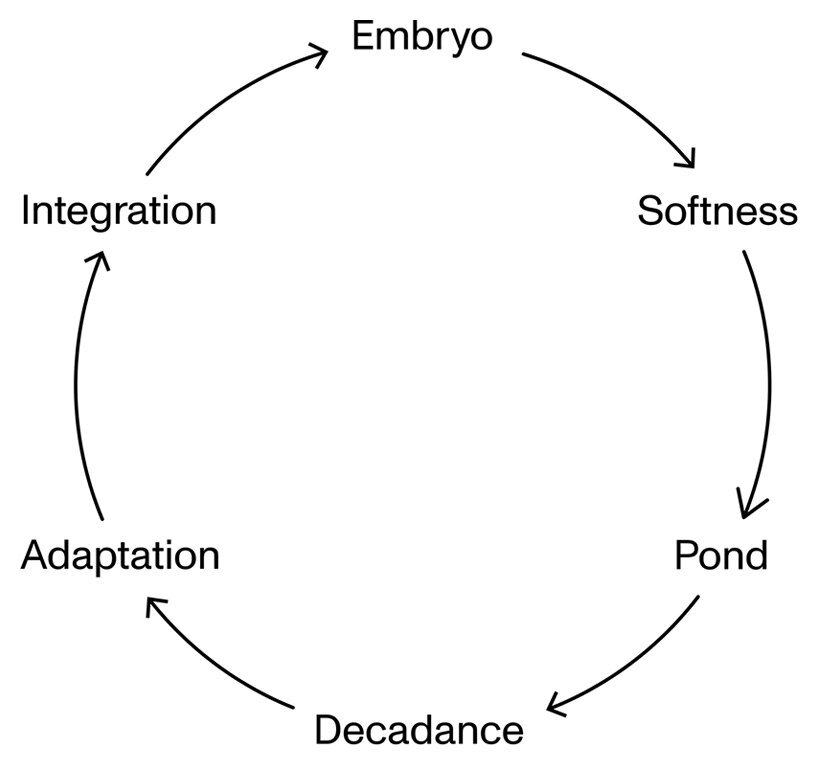 hero’s journey as a stuctural foundation for a video