designboom to inaugurate the first edition of the havana design biennial

from may 14th to may 20th, 2016, the first international design biennial of havana is presented in cuba. through the creative initiatives and programs planned during BDHabana’16, the island intends to become an epicenter for design in the region — not only promoting the presence of creativity and innovation, but also highlighting the work of professionals and institutions with a design-focused perspective. as a slogan for its first edition, the organization has adopted the mantra ‘design and prosperity’ — focusing on the opportunities offered by creative sectors as a catalyst for growth and development. the event has been organized by the national bureau of design (ONDi), in collaboration with the ministries of industry and culture, the institute of design, the cuban association of social communicators and the caguayo foundation.

BDHabana’16 features an extensive program of exhibitions, conferences, workshops, creative interventions, and more than 15 design awards, bringing together visitors and exhibitors from the capital, to cities in the provinces of camaguey and santiago de cuba. the core of the biennial is presented in several districts of havana, where events are scheduled at the palace of conventions raising issues around design and its relationship to public policy, product, society, and cultural and creative industries.

this first international design biennial in cuba intends to communicate the country’s rich identity to locations around the capital and across the globe — particularly havana’s design community. these areas of cultural significance are highlighted on daily tours through galleries, workshops, designer stores, creative spaces, bars, restaurants, and other active places of the city, distinguished by their design concepts, values and work.

8 years ago, the cuban minister of culture invited designboom to attend the first design week in cuba. we were introduced by luis ramirez — a cuban creative who won an award in one of our design competitions with MACEF, the milanese household fair, back in 2006 (more than 5000 creative individuals and institutions from 93 countries have participated). this visit was an eye-opening encounter — we’ve discovered so much hidden talent!

now, we are particularly happy that designboom’s editor-in-chief birgit lohmann has also been invited to present at BDHabana’16, alongside an international roster of creative professions. see the full list of invited speakers and guests below. 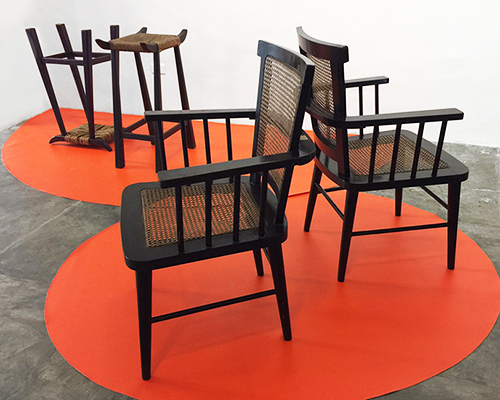 May 26, 2016
factoria habana presents 'the eternal return' of clara porset for the havana design biennial