design indaba 2016: as a curator of amateur photography, erik kessels has elevated images from flea-markets to galleries, finding beauty and insight in pictures that often go unnoticed. at last year’s rencontres d’arles, he printed off every single image uploaded to flickr in a 24-hour period, filling a room with an avalanche of indigenous photographs. more recently, he created the comeback campaign for the XXI triennale international exhibition di milano, where he conceived a totally ‘useless’ object that captured the imagination of the art community. 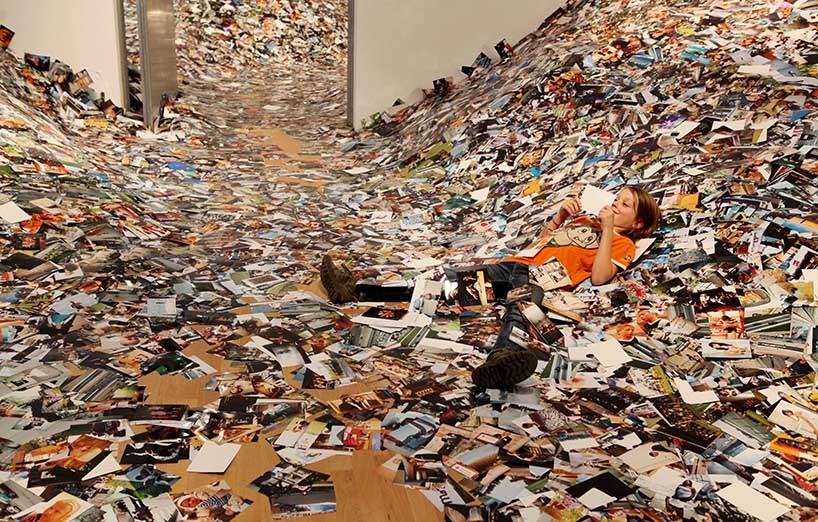 his studio’s goal is to make every piece of work social, in the very origins of the word (society), something that can engage and become part of a community, rather than just rack up ‘likes’. the content is human and aims at taking risks—relevant yet irreverent communication that aims to build loyal communities and reshape mindsets while blurring the boundaries between culture, commerce, content and collaboration. designboom spoke with the dutch creative about his design methods, and the importance of making errors.

designboom: could you talk about the beginnings of your agency kesselskramer?

erik kessels: we started in 1996, when both johann kramer and I worked in several agencies in holland and the UK. but, when we were in london, both of our girlfriends were still in amsterdam so that was a good reason to go back. we started in amsterdam, and I think that was the time when a lot of clients were quite willing to work with people that directly make the ideas rather than with business people, where there are often interventions. we were working as creators directly with clients, which is now quite common but at that time was quite different. 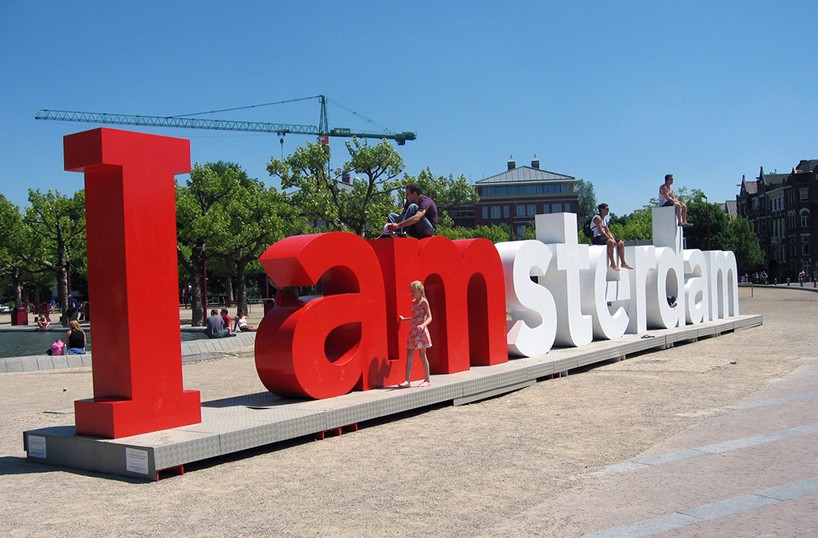 the ‘I amsterdam’ campaign realized by kessels

DB: how does your work at kesselskramer differ from your personal projects?

EK: the big difference is of course you make money with the things you do in the office, hopefully, which doesn’t mean we make work for money. we have been practicing for 20 years, and all of the work that ever went out of the door I am happy with. some of it wasn’t necessarily good, but at that time it was the best we could do. for us it is very important to be independent with our ideas, and my personal work also fuels my passion in my professional work. 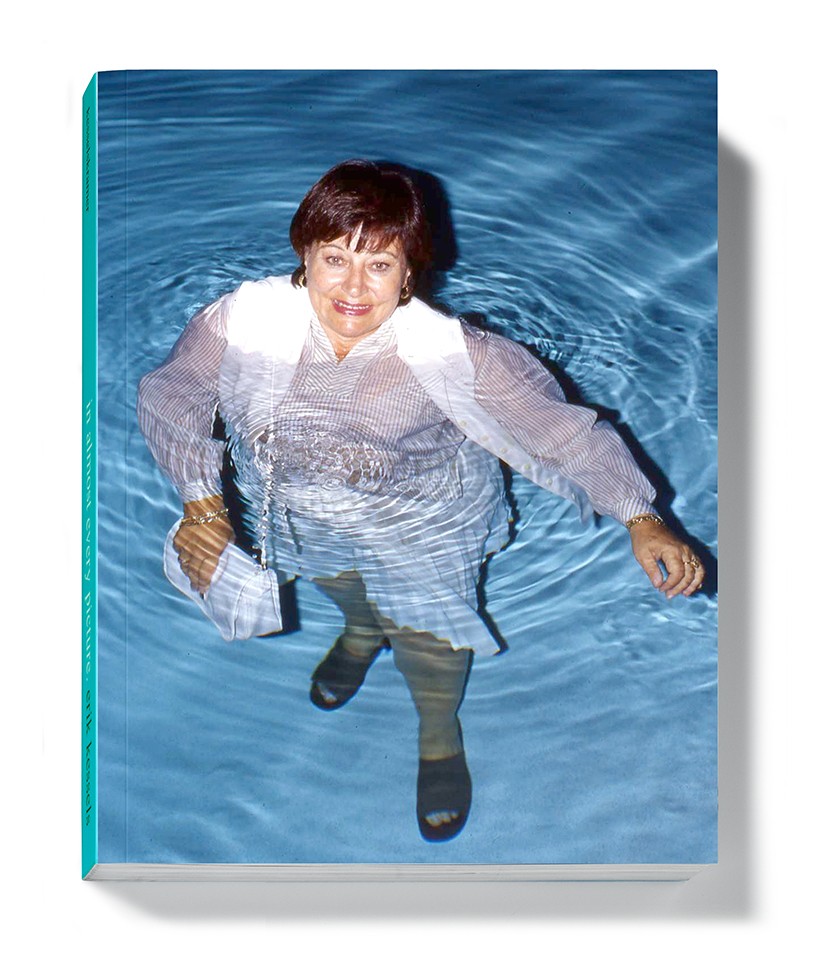 DB: how does your approach to photography differ from that of the traditional photographer?

EK: my personal interest is in the photographs that other people make and how they make them. in my work as an art director and designer I work with other people’s photos. I get really frustrated sometimes on how ‘perfect’ images need to be nowadays, so I’m generally interested in the work of amateur photographers that I can find either online or at fleamarkets. amateur photographers are also willing to make a mistake as they can be very naive, in a good way. they are very intuitional, and they sometimes make really strange mistakes that some professionals can learn from. so I started to collect those kinds of images and use those mistakes that amateurs do and I started to use those in my work, and later I also started to make books of the series of photographs I had found showing certain patterns. for instance, when a man photographs his wife in the beginning he takes pictures of her very close up and very ‘in love’, but when he does it for 12 years the physical distance between them (the couple) grows, so they actually stand further away from eachother. and sometimes when he has been doing it for over 20 years, the wife is very far in the background, making her very small in the picture. so it almost like a history when you go through the images — the woman is very big and slowly she becomes smaller and smaller — which is something quite sad, but it is something you will find in peoples’ behavior with a camera and how they photograph eachother. 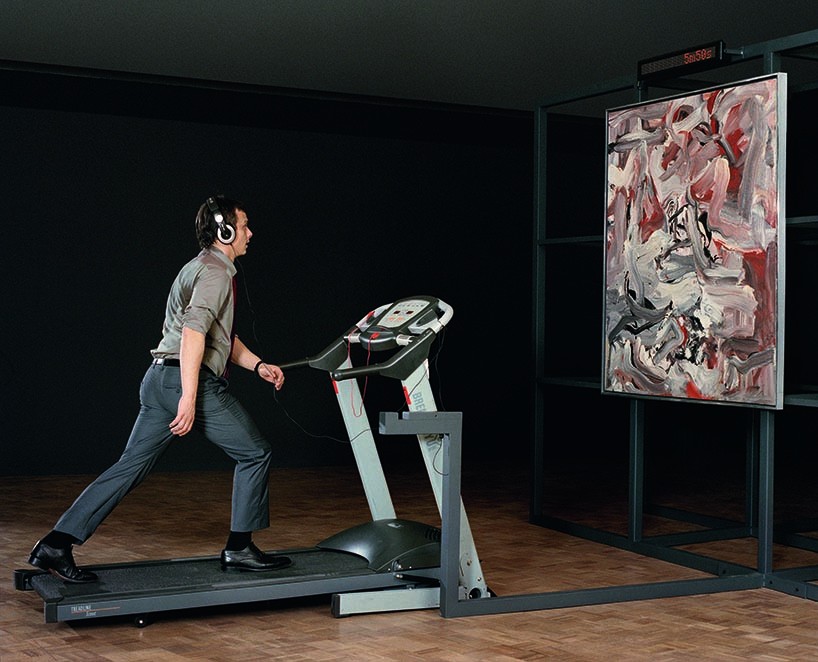 DB: how important do you think printed photographs are in this digital age?

EK: a lot of people maybe five years ago had thought, for instance, photobooks or printed materials were almost dead. you would actually see most of these things in a digital format. the funny thing is, this has totally not arrived and it’s almost like ‘over the hill’. you see now more than before, artist have books coming out that are printed into physical objects, there are more photography books than ever before because people self-publish them — like the photobook has almost taken the role of the portfolio. It’s funny because you see it in society also, for instance, people thought that cinemas would also close, but in the last few years there have been more cinema visits than before. or, for instance, music festivals are very popular nowadays and vinyl is coming back, so people have a need to have this physical and tactile object and they hark back to them. 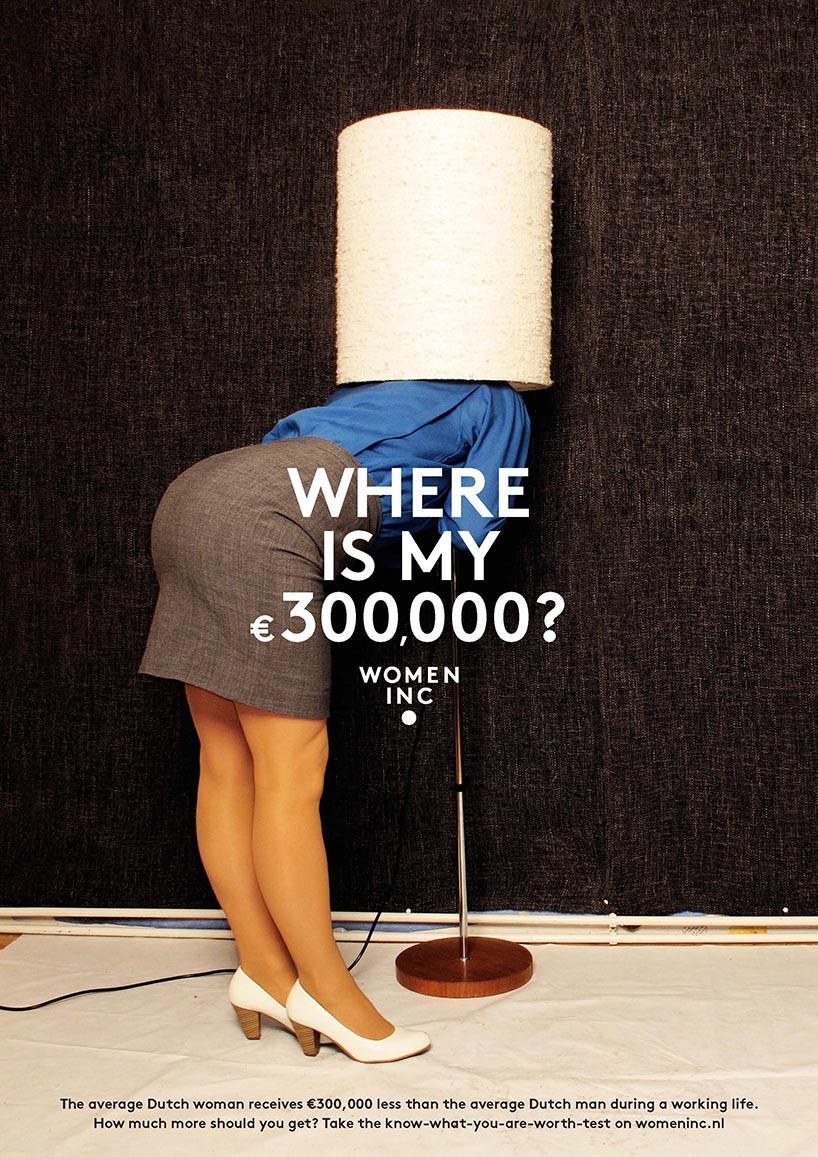 DB: as you have a strong interest in photography what made you pursue other design related fields?

EK: working in the creative field I am not tied to anything in particular. I am raised as more of a graphic designer so I have a similar interest in design, photography, art — I am not tied to one specific subject. nowadays, a lot of these disciplines cross over and there is a blur between them which is really nice that we can jump from one to the other.

DB: where do you think the future of photography is heading?

EK: I don’t know exactly where the future of photography will go, but what I think is that nowadays many, many pictures have been taken and they are published online where you’ll see that we copy each other a lot in how we behave with the camera. also, we now see more images before lunch than somebody had seen during their whole life during the 18th century, so we live in a renaissance of imagery and there is an overload, but the most important thing for the future is the story behind the photograph. 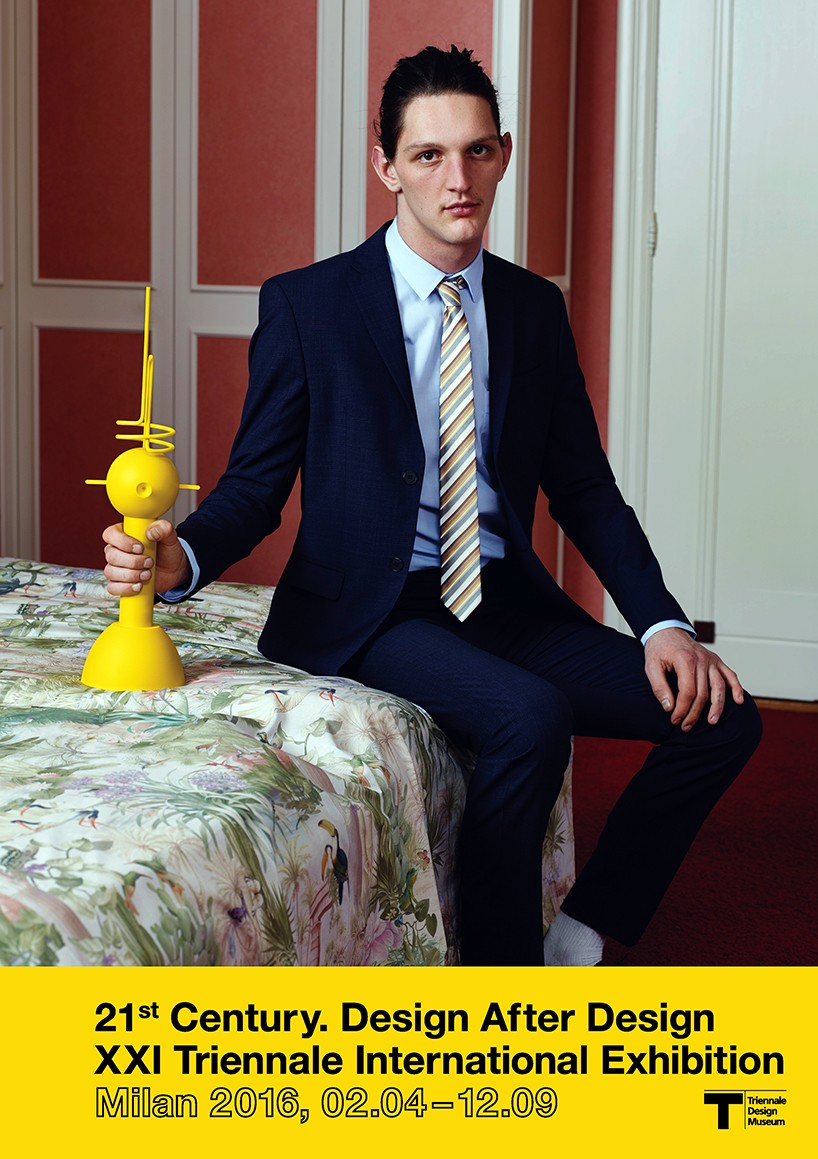 DB: can you tell us about your communication design for the XXI triennale international exhibition in milan?

EK: for the triennale in milan we recently had a project where we did the communication for a new exhibition called ‘design after design’. we were asked to make a campaign which was also a work in itself that was exhibited in the exhibition as well. it was a really nice challenge they gave us and, for us, it is hugely to work for a client who also ‘teases’ you and gives us a really nice challenge to work on. we made this campaign with this ‘yellow thing’ which is totally, in a way, nothing, but also gets people interested e.g. ‘what is this?’, ’what is this exhibition?’. during that period of time in Milan you would see it everywhere and it was also a quite nice to approach an exhibition, in a mass media way.

DB: your book ‘FAILED IT!’ looks at accidents and errors made by designers and amateur photographers; what interests you in mistakes and imperfections?

EK: we have so many applications, computers and technology nowadays that is totally ‘perfect’ — when we use a navigation system in our car it brings us exactly to where we want to be, it makes no mistake. computers make no mistakes and the photographs that we take with the cameras on our phones are so ‘perfect’ that they sometimes need applications to mess them up again and make them look more authentic or poorer again, everything is just ‘perfect’ in a way. but this ‘perfection’ thing isn’t really the best component for work, for a creative person they really need to look for certain mistakes; or take a certain side-step; or do something wrong, so that way they can find something new and end up somewhere else. I don’t mean like ‘learning from your mistakes’ that is something different, but it is more about deliberately making a mistake in the way you do things, and that is a very nice way to enter creative thinking for coming up with new ideas. 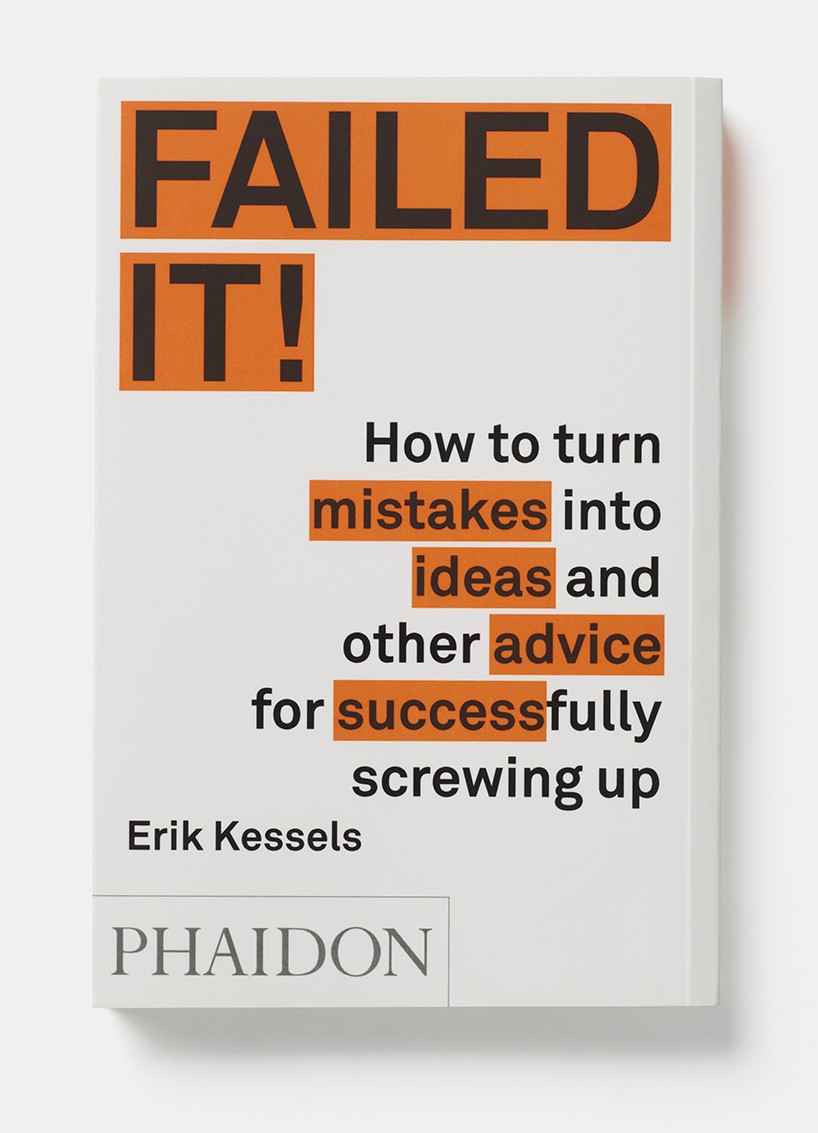 ‘FAILED IT’ documents the importance of making errors

DB: what advice can the book offer to designers and creatives?

EK: you should not always take yourself so serious, often I say that you have to behave like an idiot at least once a day or also, for instance, confidence; to be very confident in your work is often seen as overrated, whereas it is beneficial to not be so confident and more willing to make mistakes and have stupid ideas. an idea process is something where you need to be totally open and you need to keep an eye on the strange, stupid, or even impossible things which is something very good to do, even though society teaches us not to not do these things.creatives should be different and they must find these new ways of doing things. 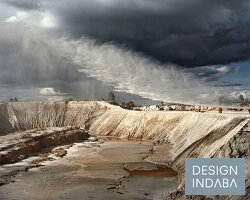 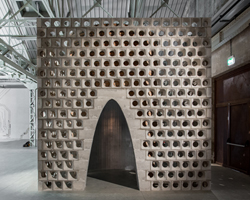